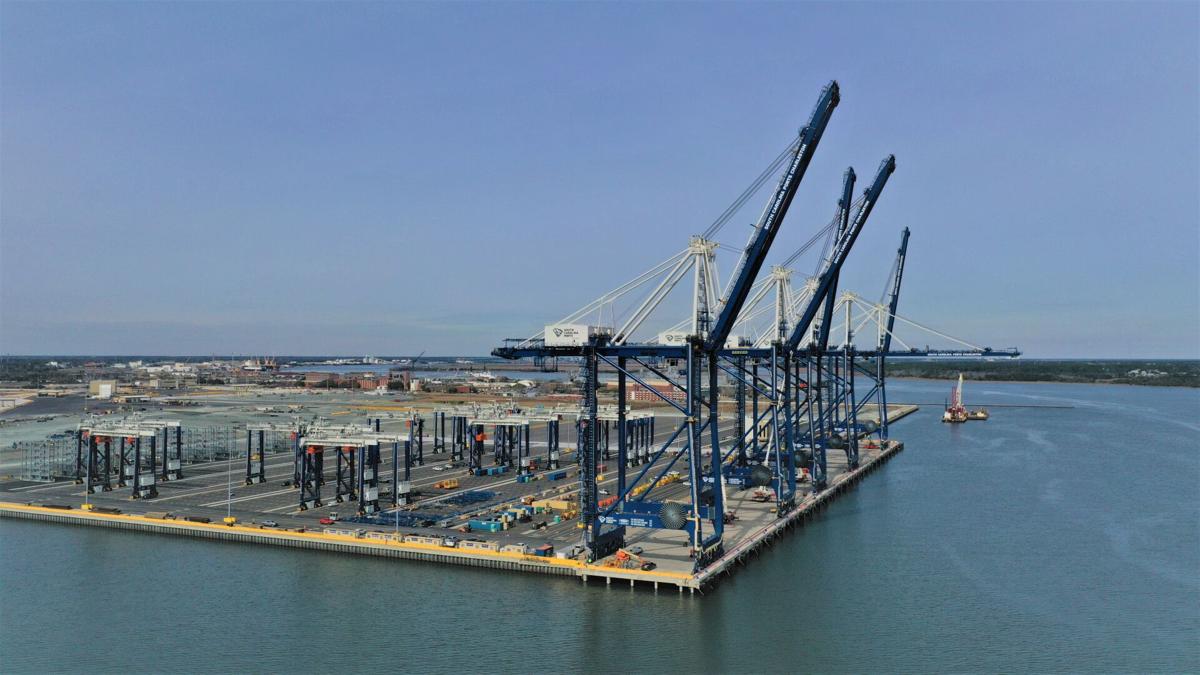 Ship-to-shore cranes line the first phase of the Leatherman Terminal scheduled to open this month in North Charleston. The State Ports Authority is in a labor dispute with the International Longshoremen's Association about who will operate the cranes. Walter Lagarenne/State Ports Authority/Provided 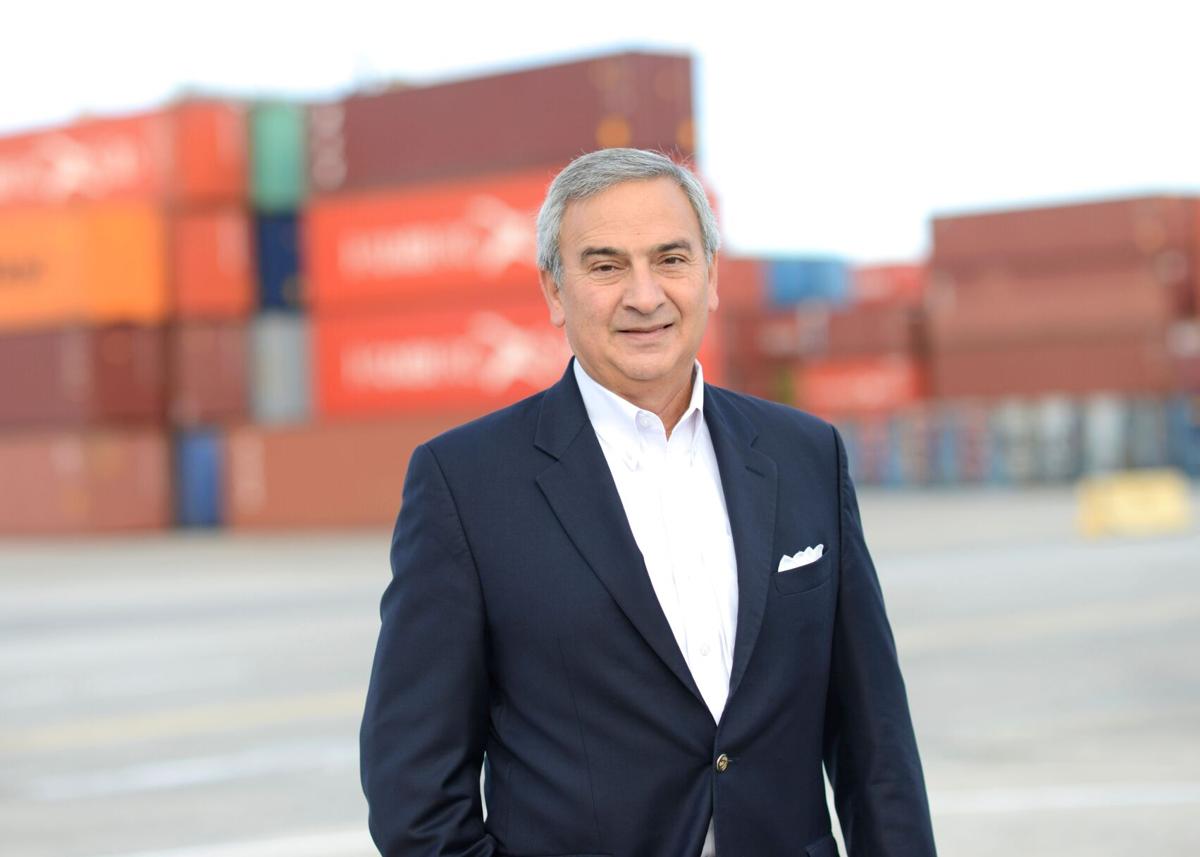 Jim Newsome is president and CEO of the S.C. State Ports Authority. File 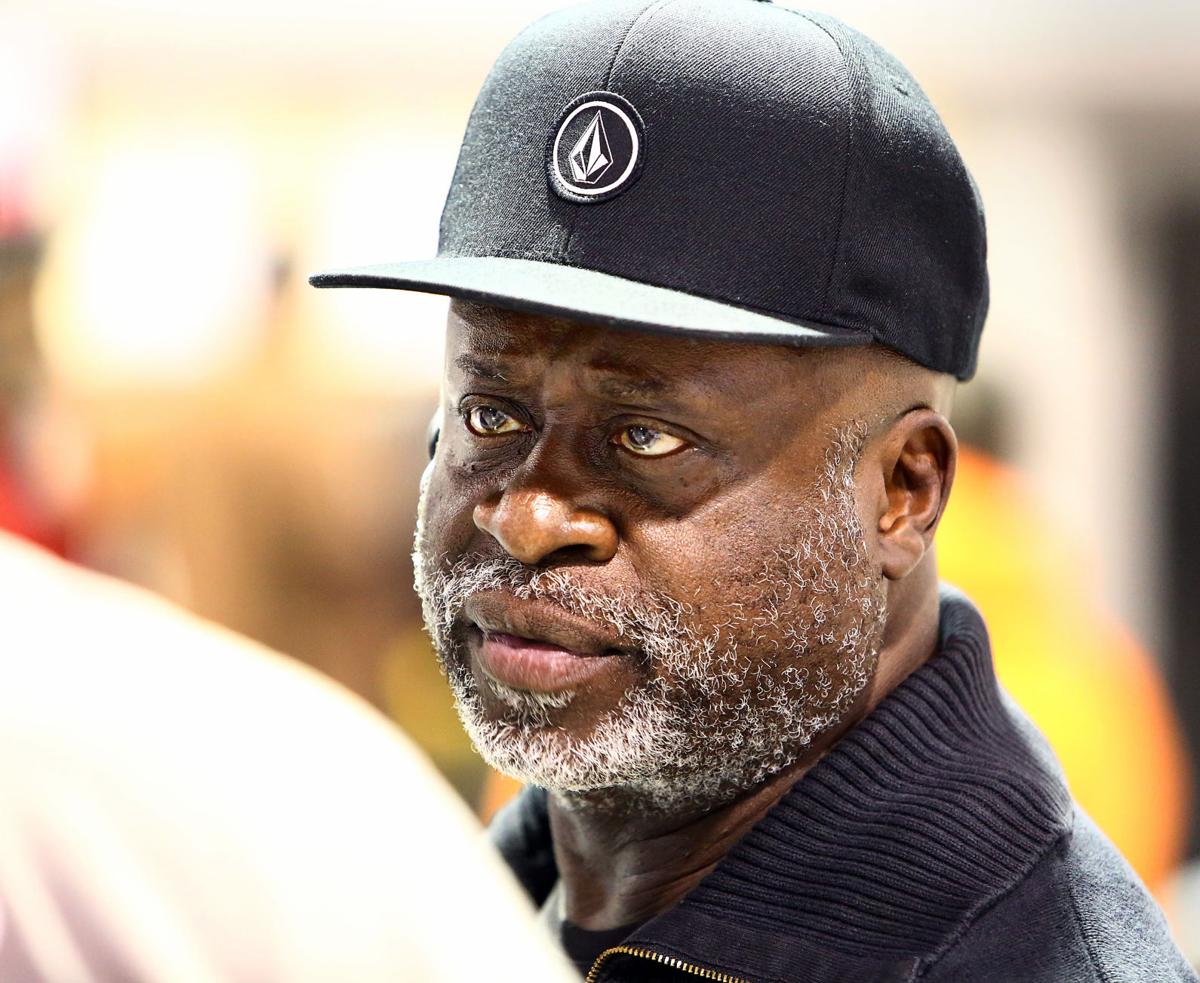 Kenny Riley is president of the International Longshoremen's Association No. 1422. File/Staff

The head of the State Ports Authority said definitively on Wednesday that the maritime agency will win its federal labor dispute with the International Longshoremen's Association over who will operate the towering cranes at the Leatherman Terminal scheduled to open this month.

Jim Newsome, the SPA president and chief executive officer, made the remarks during a state Senate Transportation Committee hearing on a plan to borrow $550 million in bonds to pay for improvements at the Port of Charleston. When asked whether the National Labor Relations Board might rule in favor of the union, delaying the terminal's opening, he responded: "That ruling is not going to come down that way."

"We are going to be able to maintain our historical operating model," Newsome told the committee, referring to a hybrid operation where state employees operate the ship-to-shore cranes and heavy-lift machines while union workers move cargo around the terminals.

The NLRB has not publicly ruled on a complaint the SPA filed against the union in January. Kenny Riley, president of the local ILA, did not respond to a request for comment.

The SPA alleged in its complaint that the union is trying to block the opening of the new terminal on the former Navy base in North Charleston. A contract between the ILA and a consortium of global shipping lines called the United States Maritime Alliance requires that union members perform all jobs, including crane operations, at any new terminal built on the East or Gulf coasts. Those shipping lines have told Newsome they won't use the Leatherman Terminal until the dispute is resolved, even though the SPA is not a party to the contract.

In its complaint, the ports authority called the action a secondary boycott that's barred under federal law. The maritime agency also says the Leatherman Terminal is not a new development because it was mandated by state legislators in 2001 and began obtaining construction permits in 2003.

Construction was then delayed due to the Great Recession of 2008-09 and because the port was losing cargo.

Charleston port's debt plan could have unexpected cost for taxpayers

Newsome did not elaborate about the federal labor board's deliberations. But if the panel were to rule the SPA's complaint has merit, a formal hearing would be held before a judge. Either party could decide to settle or withdraw the case before it gets to that point.

If the case goes to a hearing, it could delay the Leatherman Terminal's opening unless the NLRB issues an injunction allowing it to operate pending the final outcome. Either party could also appeal the judge's decision to the NLRB's board in Washington, D.C.

Riley of the ILA has made the Leatherman Terminal crane issue a battle cry of his term as president of Local 1422. He said the issue "will be one of the last fights I ever fight" in a book about Charleston's waterfront union by Ted Reed.

"The port can build whatever terminals it wants, and it can put in the most expensive cranes and infrastructure it wants at any terminal it wants, but if no ships call on that terminal, then it just got a brand new terminal with nothing there," Riley said in the book “Kenny Riley and Black Union Labor Power in the Port of Charleston.”

Wednesday's Senate hearing was a chance for legislators to ask questions about the $550 million bond proposal, which is working its way through the General Assembly. The proceeds would fund a $400 million rail yard near the Leatherman Terminal where cargo containers can be moved to and from trains. Another $150 million would pay for a barge system to transport containers by water from the Wando Welch Terminal in Mount Pleasant to the new rail yard, eliminating some traffic on local interstates.

Newsome said the projects are necessary for Charleston to remain ranked among the nation's top 10 ports and to stay competitive with the neighboring Port of Savannah. The bonds would be repaid by taxpayers at $43 million a year over the next 15 years. A Senate proposal would have the SPA repay $150 million in future years from a $1 fee charged on each container that moves through the port's terminals.

Note: This story has been corrected to reflect that Wednesday's hearing was before the Senate Transportation Committee.