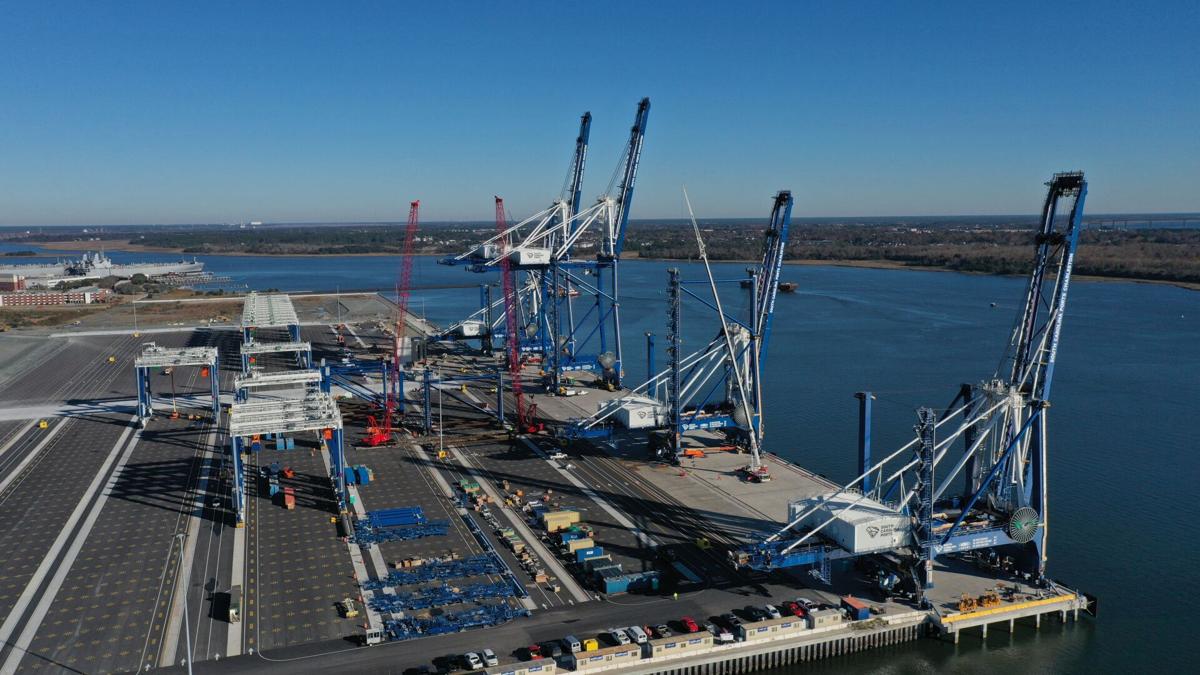 Ship-to-shore cranes are being raised along the Cooper River at the Leatherman Terminal, which is scheduled to open in March on the former Navy base in North Charleston. Provided/Walter Lagarenne/State Ports Authority 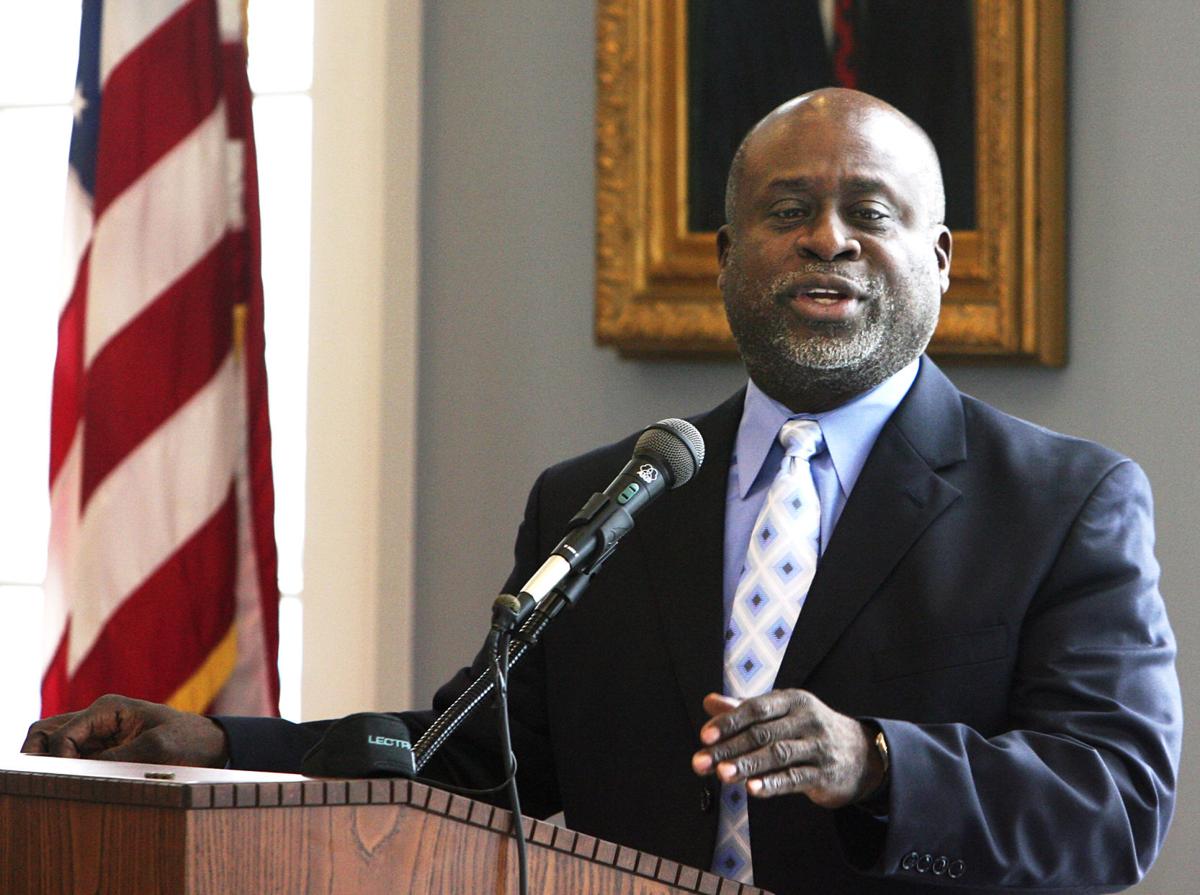 Ken Riley is president of the ILA Local 1422 in Charleston. File/Brad Nettles/Staff

The agency that owns and operates the Port of Charleston filed a federal complaint Wednesday against the International Longshoremen's Association over a dispute that threatens the scheduled March opening of a new container terminal in North Charleston.

The State Ports Authority filed an unfair labor practices charge with the National Labor Relations Board in Washington, D.C., alleging the union that represents dockworkers is improperly trying to take jobs from state employees at the Leatherman Terminal that's under construction at the former Navy base along the Cooper River.

The complaint alleges the ILA is improperly using a provision in its contract with the alliance to have union workers operate ship-to-shore cranes, rubber-tired gantry cranes and other lift equipment at the Leatherman site. That equipment is currently operated by SPA employees at Charleston's existing port terminals. The union also wants its members to fill the industrial mechanic, electrician and other jobs that state workers now handle at the SPA's other terminals.

Jim Newsome, the SPA's president and CEO, said the maritime alliance has told him its members, virtually all container shipping lines serving the Charleston port, will refuse to use the Leatherman Terminal until the dispute is resolved.

The contract provision, which was added in 2013, applies to state-run ports in Charleston, Savannah and Wilmington, N.C. It calls for the alliance to "notify any port authority contemplating or intending to develop a new container handling facility that (alliance) members may be prohibited from using the new facility if the work at that facility is not performed by (ILA) bargaining unit employees."

Newsome said the Leatherman Terminal should not be governed by that provision because permitting and construction of the terminal began in 2003 — a decade before the clause was added.

A busy 2021 on tap for Charleston's business scene

"It says 'intended to or contemplated'," Newsome said, referring to the contract. "We were already doing it. We were headlong into it by that time. So our point is it's not a new terminal relative to that contract clause."

Newsome said the ILA's pressure on container shipping lines to avoid the Leatherman Terminal amounts to a secondary boycott — an effort by a labor union to exert pressure on a company by targeting its business connections. Secondary boycotts are illegal under the National Labor Relations Act.

Kenny Riley, head of ILA Local No. 1422 in Charleston, said he has not seen the complaint and will confer with union leaders and attorneys on how to respond.

Riley said he isn't sure the NLRB would have jurisdiction since the contract is between the union and shipping lines, not the SPA.

He added the dispute isn't limited to Charleston but impacts other ports along the East Coast, making it an issue the ILA's national office will likely address.

"Even though we are the first ones that are going to be impacted by the language, it's not a specific Charleston issue," he said. "It's an issue for the entire union."

Riley has long fought for all jobs at the new terminal to be held by ILA workers, and he told Ted Reed, author of a book about the local ILA, that having union members fill the Leatherman Terminal jobs "will be one of the last fights I ever fight."

"The port can build whatever terminals it wants, and it can put in the most expensive cranes and infrastructure it wants at any terminal it wants, but if not ships call on that terminal, then it just got a brand new terminal with nothing there," he stated in the book "Kenny Riley and Black Union Power in the Port of Charleston."

The ILA's contract with the maritime alliance also calls for a study to be done showing how the current process of SPA employees operating cranes and other equipment "could be altered" to let union workers do the jobs "in a more productive, efficient and competitive fashion." The union was to use the study to meet with port officials "in an effort to convince them to employ ILA-represented employees." Such a study has never been completed.

Newsome said the current process — which he terms a hybrid model of state and union employees working together but responsible for different duties — "provides the best combination of productivity, efficiency and cost in the United States port industry," adding an ILA-only workforce at the Leatherman Terminal would raise costs for the container shipping lines. He said cargo growth at the port using the hybrid model has led to about 850,000 additional work hours for ILA members since 2009.

It's not clear how many jobs ILA workers would gain if they were to handle all waterfront duties at the Leatherman Terminal. About 400 SPA employees operate and maintain cranes and other lift equipment, and the agency plans to move some of them to the new terminal once it opens.

Now that a complaint has been filed, the NLRB's regional office in Atlanta will investigate the charges and determine whether they have merit. The board could ask a federal district court to issue a temporary restraining order to stop any unlawful boycotting while the case moves forward. The NLRB's website states a decision in most unfair labor practice cases takes between seven and 14 weeks, although some cases can take longer.

"We think they will see this charge and say it's significant and we need to do something about it," Newsome said, adding he hopes the dispute won't delay the Leatherman Terminal's opening. "We didn't build infrastructure for it not to be used, but this is a fundamental principle point for the ports authority and the maritime industry here."