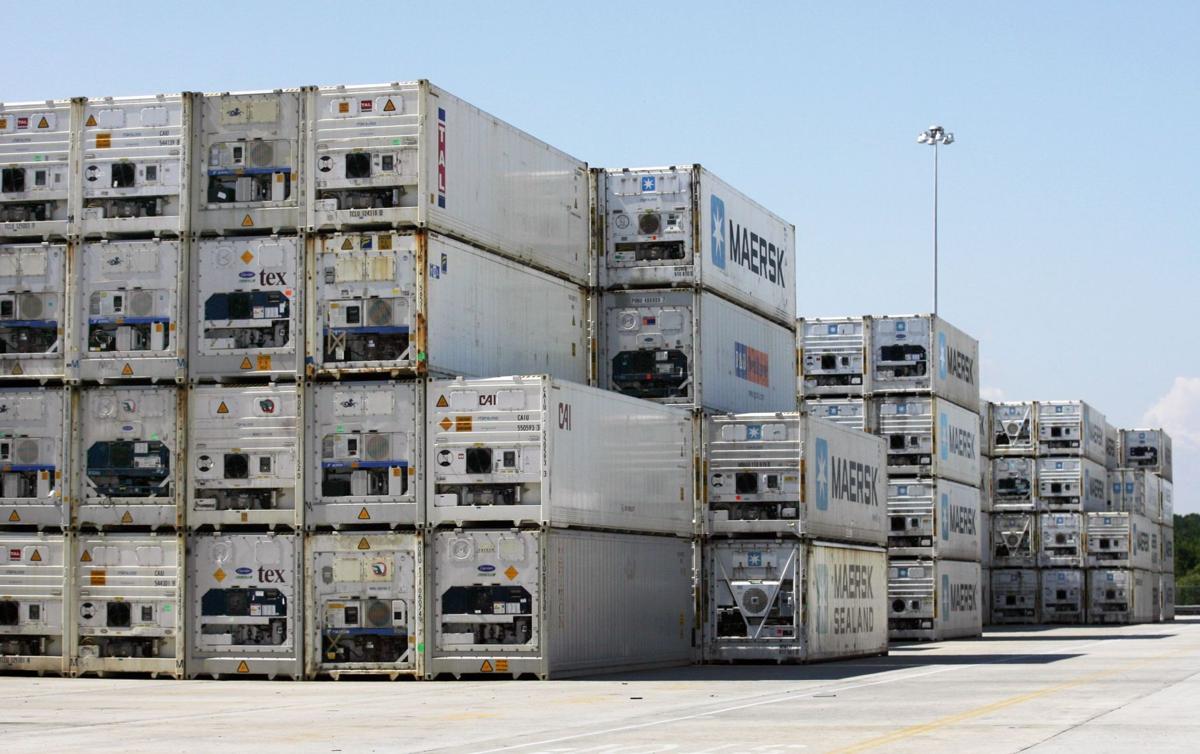 The State Ports Authority has invested in its refrigerated container facilities to lure cargo such as fruit imports from South Africa. File 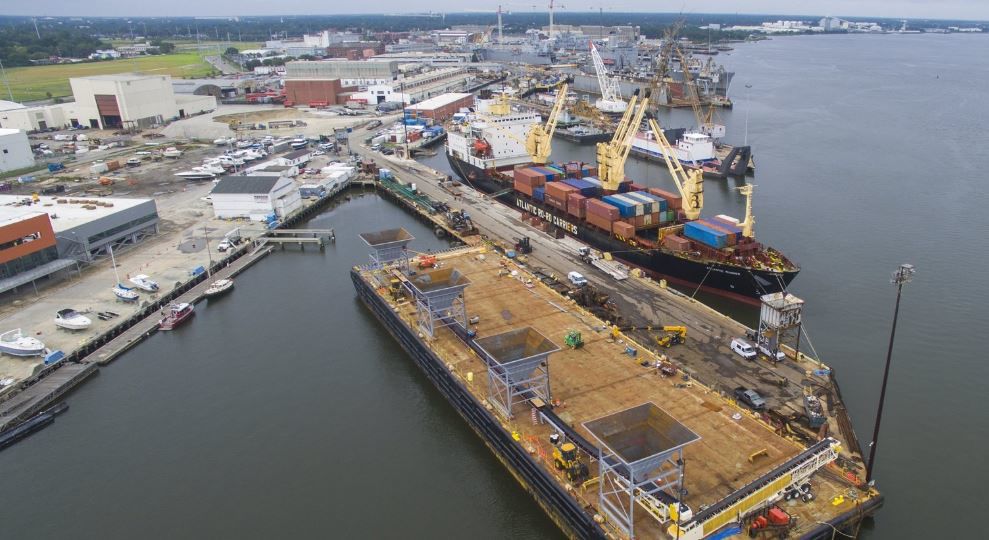 Carver Maritime is expanding its operations in North Charleston with a $34.7 million distribution center and new equipment. Provided 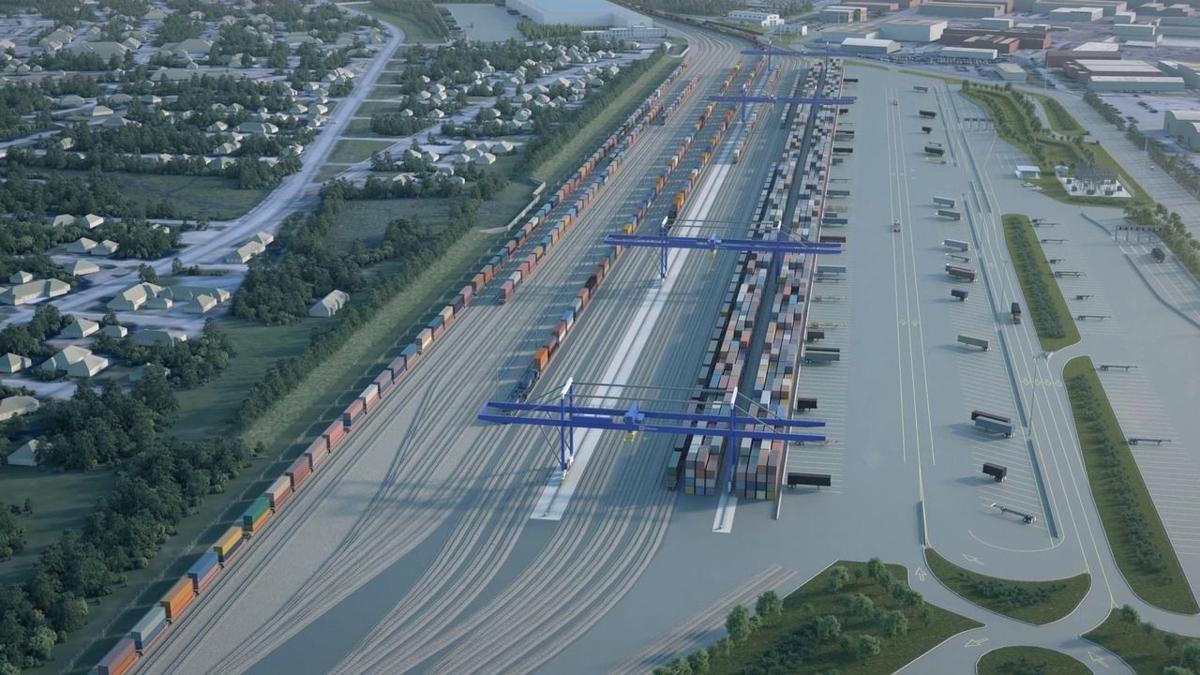 A rendering shows the train and cargo-transfer hub that Palmetto Railways plans to build on the former Navy base in North Charleston. Rivals Norfolk Southern and CSX Corp. will provide the rail service. Provided/Palmetto Railways

A move by the U.S. Department of Agriculture could give the region greater access to a wider selection of fresh fruits while also boosting cargo at the Port of Charleston.

The USDA this month finalized a rule that lets any U.S. port with cold-storage sites accept shipments of citrus products from South Africa. Previously, the practice was limited to just four — New York-New Jersey, Philadelphia, Houston and Wilmington, Del.

The ruling comes after the USDA determined that South African imports carry little risk of transporting a tropical-dwelling, fruit-eating moth if the citrus is chilled.

The State Ports Authority says Charleston is in a perfect spot to attract the new business because it is one of a handful of U.S. ports with direct service to South Africa via the Maersk Line cargo ships.

South Africa has shipped a record 77,000 tons of citrus to the U.S. so far this year, according to Summer Citrus, a collaboration of roughly 300 fruit growers in the country. Imports of oranges, lemons, clementines and other fruits are duty-free under the African Growth and Opportunity Act.

"The opening of these new ports of destination for citrus ... will help facilitate trade between our two countries going forward, providing flexibility to U.S. retailers and wholesalers, lowering transportation costs and broadening the reach of South African citrus to other regions within the U.S. market," Lana Marks, the U.S. ambassador to South Africa, said in a statement.

Carver Maritime plans to build a processing and distribution center at the former Navy base in North Charleston to export products such as stone, salt and gypsum through the Port of Charleston.

The company, which already has operations nearby, plans to invest $34.7 million in a 220,000-square-foot building and equipment. The expansion is expected to create 50 jobs with average annual salaries of about $55,500.

Also, cold-storage warehouse firm Lineage Logistics is planning two expansions in North Charleston — adding 126,000 square feet with a storage cooler and freezer at its Palmetto Commerce Park site and an acquisition and upgrade to a frozen food distribution building on Remount Road. The investments will total $51.2 million and add 36 jobs to give Lineage a local workforce totaling 192 employees.

In addition, a new medical testing and screening company called Vigilent Labs is planning a $104 million investment at the former Navy base that's expected to generate 404 jobs with pay averaging nearly $43,000 a year. Vigilent will specialize in "state-of-the-art health and bio-threat testing" including for COVID-19, the company said.

All of the companies would have their property tax bills cut from the state's normal 10.5 percent industrial rate to a fee that's equal to 6 percent of valuation. Each project would also receive refunds of some of the money they pay to help cover the costs of public infrastructure, such as roads or water lines, or property acquisition. Vigilent also will benefit from a $150,000 state grant to help offset building improvements.

The Vigilent incentives were finalized last week while the others still await final approval.

A property dispute between Palmetto Railways and Charleston County School District appears to be headed back to circuit court.

The issue centers around the 3.74-acre former site of Academic Magnet High School. The property is part of a 70-acre parcel that Palmetto Railways acquired through condemnation for its Navy Base Intermodal Transfer Facility — a $130 million rail yard where cargo containers will be transferred between freight trains and ships visiting the State Ports Authority’s Leatherman Terminal. The terminal is scheduled to open in March and the rail facility is under construction.

The district never owned the property, and the magnet school relocated in 2010. However, an arbitrator ruled CCSD has an equitable interest in the site because of an agreement that dates to early redevelopment efforts of the base after the Navy left in 1996. Palmetto Railways wants a judge to rule on how much that equitable interest is worth. The school district wants a jury to decide.

A circuit court judge ruled in favor of Palmetto Railways in 2016 and the S.C. Court of Appeals affirmed that decision last week. That leaves the school district with two choices — make an appeal to the state Supreme Court or let a circuit court judge decide the value of its equitable interest.