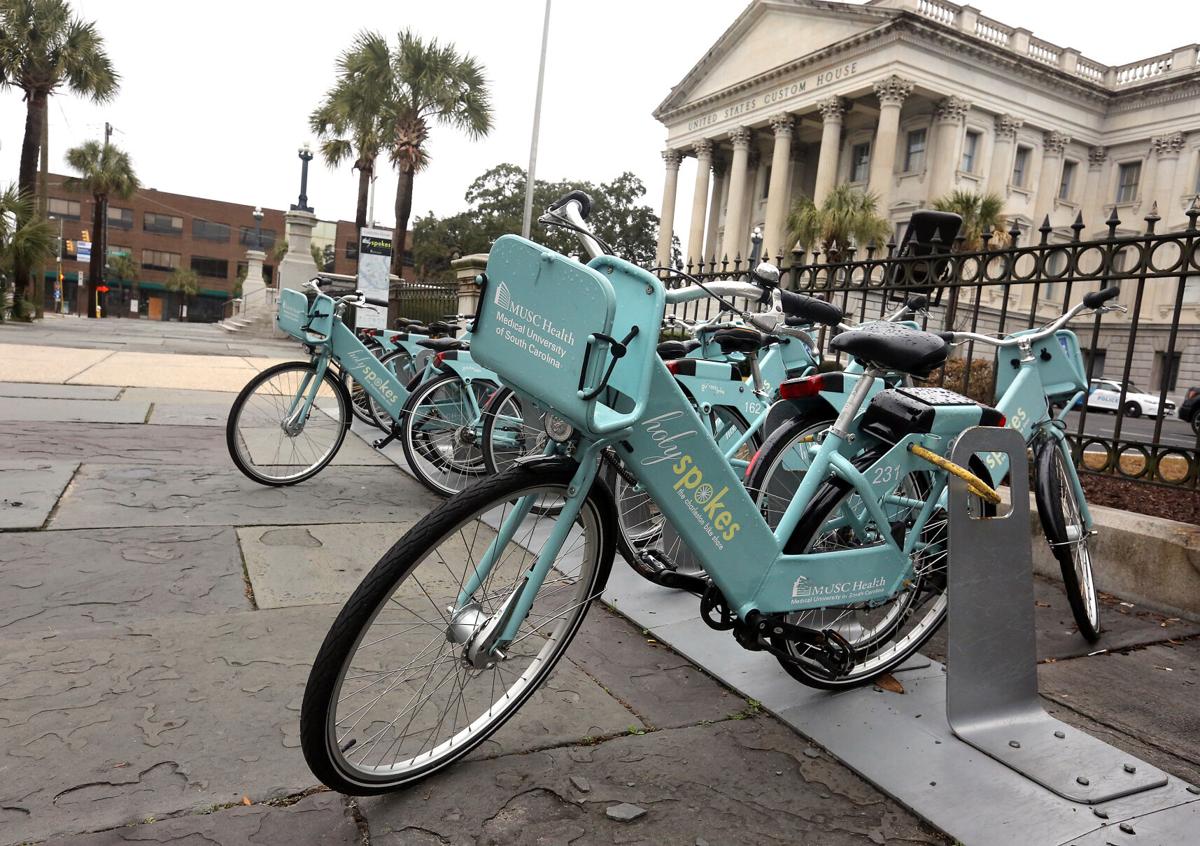 Bikes from Holy Spokes wait to be rented in front of the Custom House on East Bay Street on Friday. Brad Nettles/Staff 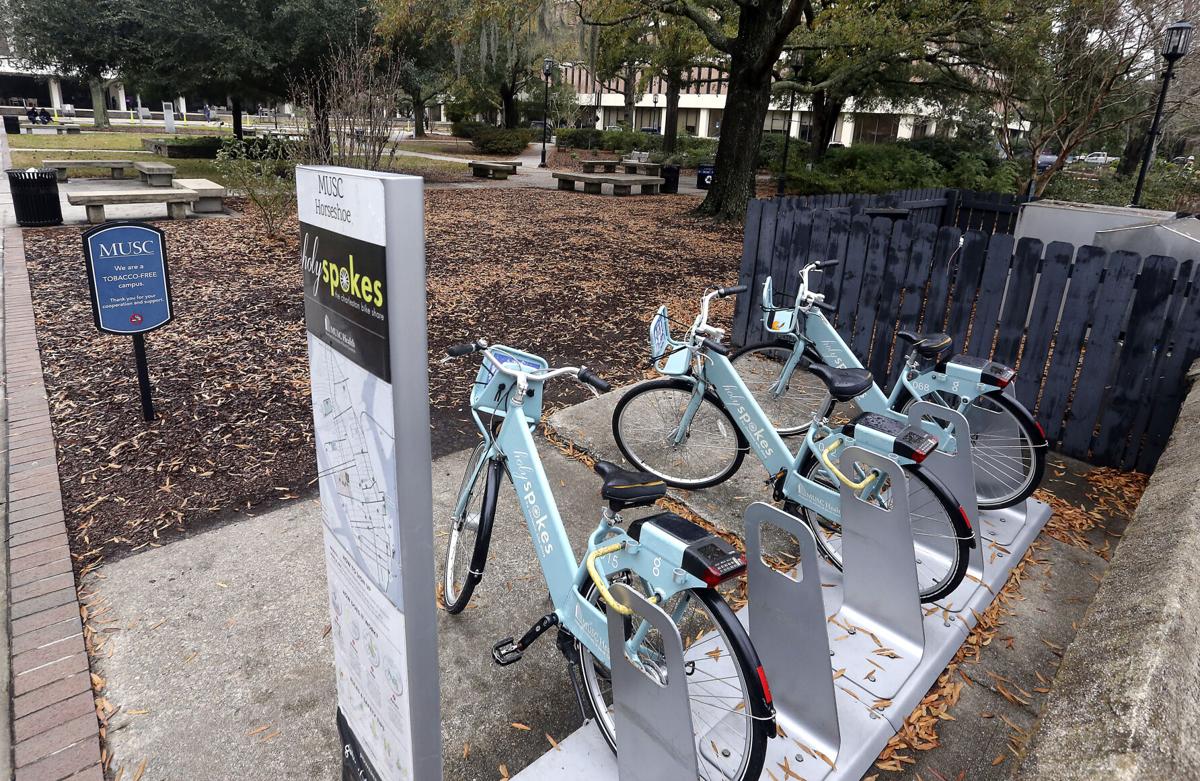 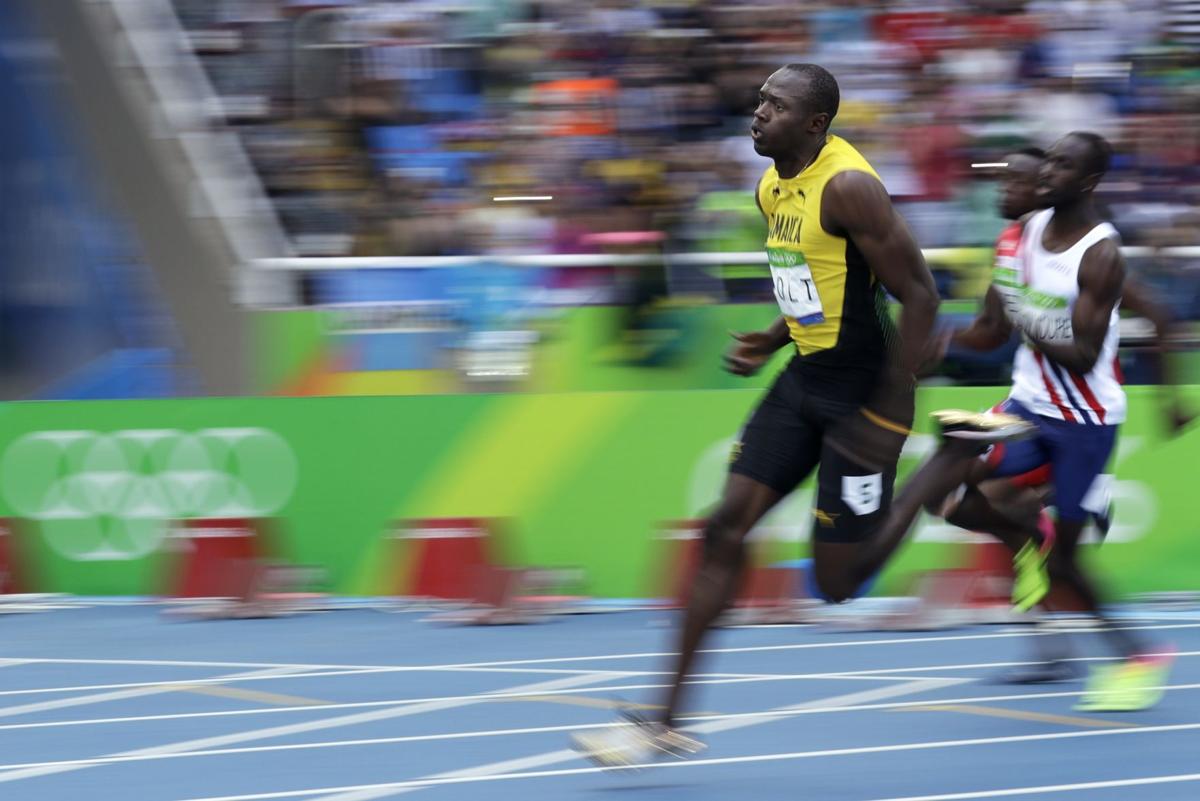 A company co-founded by Olympic sprinting legend Usain Bolt (above) took over the assets of Charleston-based Gotcha Mobility on Dec. 30. File/AP

The Charleston bike-share program Holy Spokes has gone offline for two to three days as its new parent company assumes control of the system.

Charleston startup Gotcha Mobility launched the operation in 2017, hand-in-hand with the City of Charleston and the Medical University of South Carolina.

The outage of the fleet of about 250 powder-blue bikes was attributed to a business transition, according to new owner Bolt Mobility. Co-founded in 2018 by Olympic sprinter Usain Bolt, the Miami-based firm acquired the assets of Gotcha on Dec. 30 from the ailing company that had owned it.

The outage is expected to last between 48 and 72 hours, said Shari Lerner, vice president of business operations for Bolt.

"We are completely committed to continuing to serve the Charleston community and all of its riders," she said. "What we're experiencing right now is a transition from Gotcha to Bolt."

"The only change Charleston and its residents will see is an improvement," she added.

Jack O'Toole, a spokesman for the City of Charleston, said in a statement that officials reached out to the bike-share's new owner and "were told that the company is working to resolve an outage which has affected service across their network."

The recent change in ownership capped a tumultuous year for Gotcha.

Canada-based OjO Electric, which has been renamed Last Mile Holdings, announced in January 2020 it was acquiring the Charleston-based company. It reported various financial troubles to stock market regulators during the course of the past year.

Also, Gotcha founder and former CEO Sean Flood sued Last Mile over a contract dispute, a few months after his departure. The company has not filed a formal response to his complaint.

On Friday afternoon at Gotcha's Radcliffe Street darkened offices, two FedEx "we missed you" notices were taped to the front door. One was dated Dec. 16.

Bolt's Lerner said the new ownership will retain its presence in Charleston. The brand will stay intact, too, becoming "Gotcha powered by Bolt."

Holy Spokes, usually available in Charleston's peninsula area, isn't the company's only business asset. Gotcha has said it operates in dozens of cities and at universities across the United States. In many places it offers access to motorized vehicles such as tricycles and scooters.

Lerner said Bolt has mostly been offering electric scooters to its riders, and the Gotcha acquisition adds to its repertoire.

The service interruption that followed the sale left some customers confused this week.

David Laster, who moved to Charleston from New York semi-permanently and without a car, said he has been relying on the Holy Spokes program since late December.

But when Laster tried to unlock a bike at one of the docks to make it to a morning Pilates class Tuesday, he couldn't connect to the application. He ended up ordering a Lyft and paying $8 for a ride to class.

His attempts to reach the program via social media, phone and a visit to their office failed.