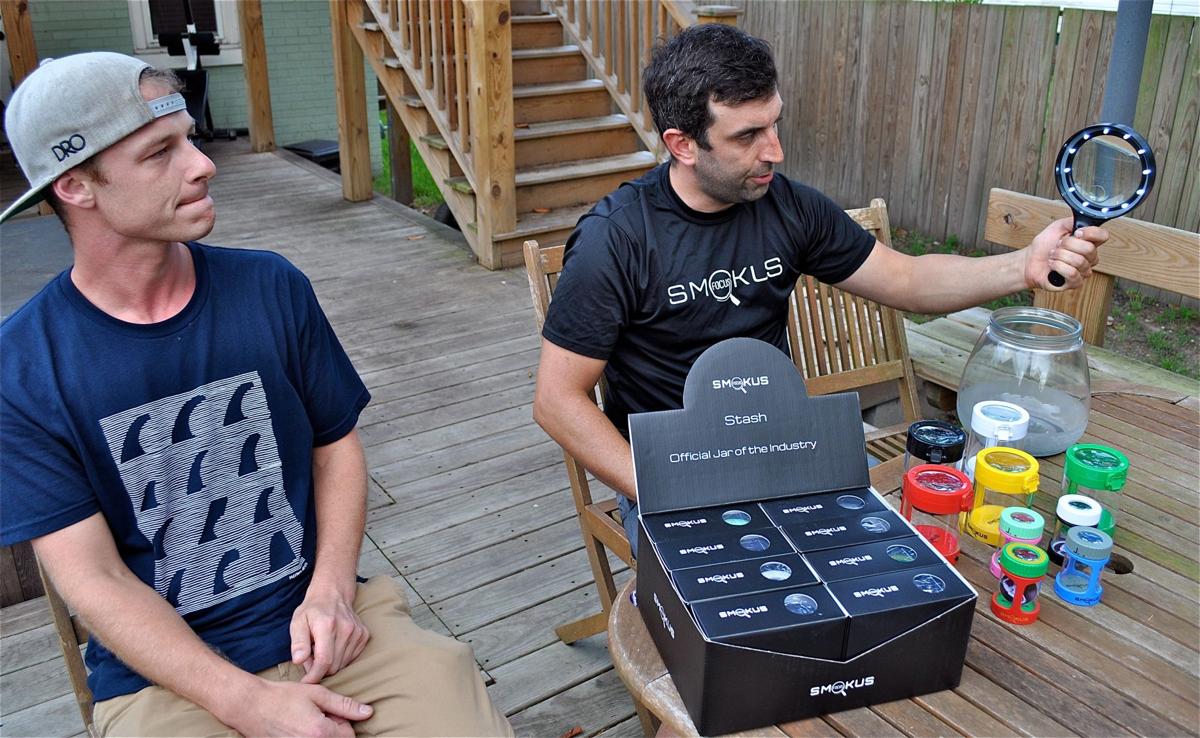 Smokus Focus founders and owners Sam Whetsel and Daniel Russell-Einhorn show off the handled-lid to its newest magnifying jar, the Escojar. Company jars are marketed for cannabis shops and consumers. David Quick/Staff 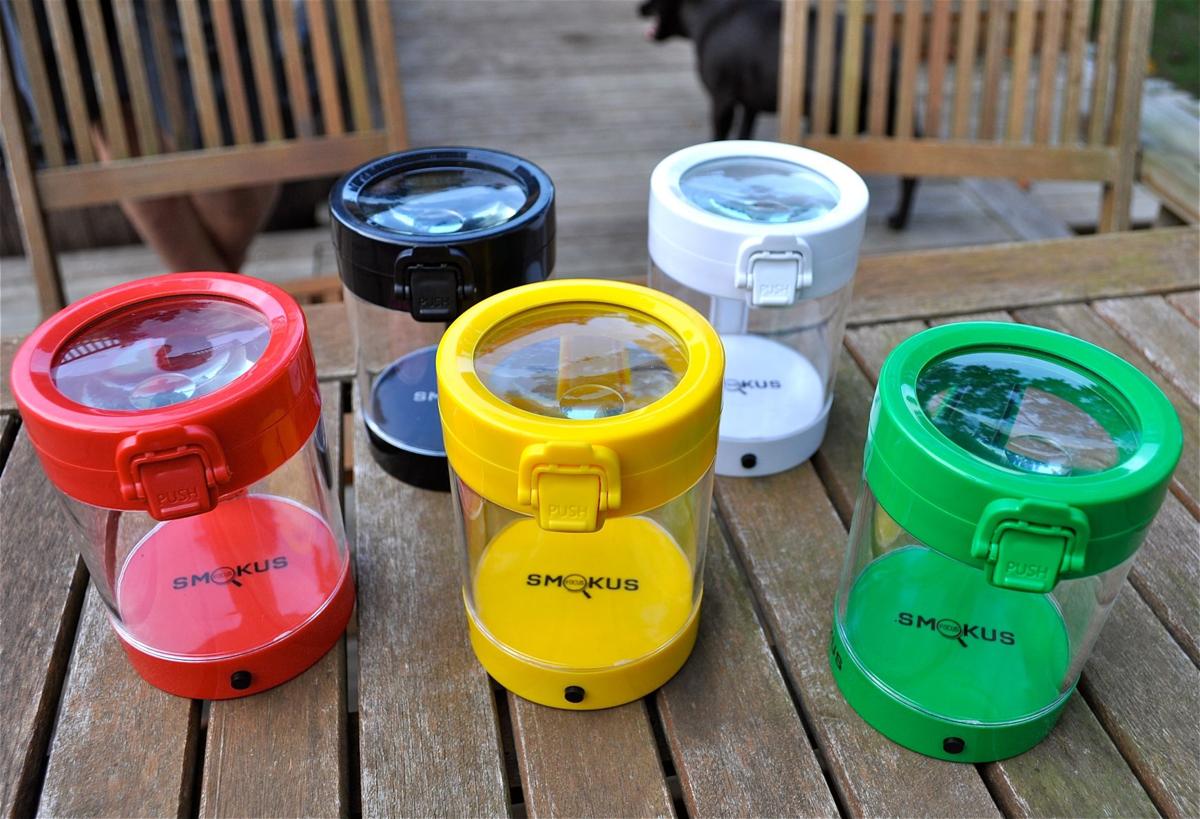 Smokus Focus founders and owners Sam Whetsel and Daniel Russell-Einhorn show off the handled-lid to its newest magnifying jar, the Escojar. Company jars are marketed for cannabis shops and consumers. David Quick/Staff

Few think of South Carolina when it comes to the legal marijuana industry, but two Charleston entrepreneurs sensed a business opportunity and pursued it.

About a year ago, Daniel Russell-Einhorn and Sam Whetsel started Smokus Focus, airtight jars of various sizes that include a magnifying lid with rechargeable LED lights.

Since then, they and a staff of five locally based salesmen have sold 15,000 units in the United States and other countries as far away as Argentina and France. The jars, so far, come in three sizes: the pocket sized stash jar ($50), the 5-inch-tall Middleman ($60) and larger display jar, Escojar ($130), geared for shops.

Smokus Focus already has been featured in “Dope,” “Marjuana Venture,” and Viceland’s “Bong Appetit,” a cooking show featuring cannabis and which uses their containers. The jars also have been hits at national cannabis conferences, such as the recent CannaCon in Boston.

Whetsel, the former owner of My Phone MD on King Street, said the appreciation of the varieties of cannabis is comparable to wine, adding that they have met “pot sommeliers” in their outings to cannabis conventions and shops.

“People really get into it,” said Whetsel. “When you buy cannabis, you use two main senses – smell and sight. We discovered there is nothing on the market that truly enhanced the viewing experience.”

The magnifying jars are so powerful that viewers can see microscopic droplets of "terpenes," the oils that give cannabis its aromatic diversity.

The 32-year-old added that “normal consumers,” especially in legal markets, want to carry around pot in something that is light, mobile and attractive.

Russell-Einhorn, 31, who owns Affordabike on King Street, has known Whetsel for well over a decade as “on-and-off” roommates.

“I can’t remember who first came up with the idea, but it was floating around for a while. Nobody was in a good place to take the leap. We recognized this void in the market and had a basic prototype at the time,” recalled Russell-Einhorn, adding they conceptualized it in 2013.

When Whetsel sold My Phone MD, it freed him and some capital to finance plastic injection molds that form the containers, which are made in China.

"When Sam sold his business, he funded those plastic injection molds, which are pretty expensive. That’s what was holding us back," said Russell-Einhorn.

The models already have evolved. The first versions used triple-A batteries to power the light and had a rudimentary latch. They redesigned the latch and made the lighted lid rechargeable. Primary colors for the containers are black, white, red, yellow and green. The latter three colors reflecting a stop light are on purpose – in an effort to help identify types of pot.

Russell-Einhorn said, “Since some cannabis make you more energized and some tired, we marketed green for energized, red for tired and yellow for in between.”

Besides securing a niche in the cannabis market, both men seem to be having fun.

“One of the things I like about being an entrepreneur is that you get to pick your lifestyle. Dan loves bikes and everything about bikes. Most days for him are fun,” said Whetsel.

“With this, I’ll admit it’s not going to be the most stressful job. …. How many opportunities do you get to do something that fun, innovative and have a good work-life balance.”

And they don’t see keeping the business in Charleston as an obstacle.

“We knew that whenever this idea presented itself that this was something that could work in the market. We asked ourselves how do we exist in Charleston and get on the scene of the fasting-growing industry in America,” said Whetsel, noting how sales representatives have worked the market via calls and sending samples.

“We didn’t want living in Charleston be the reason we couldn’t make it in this industry.”