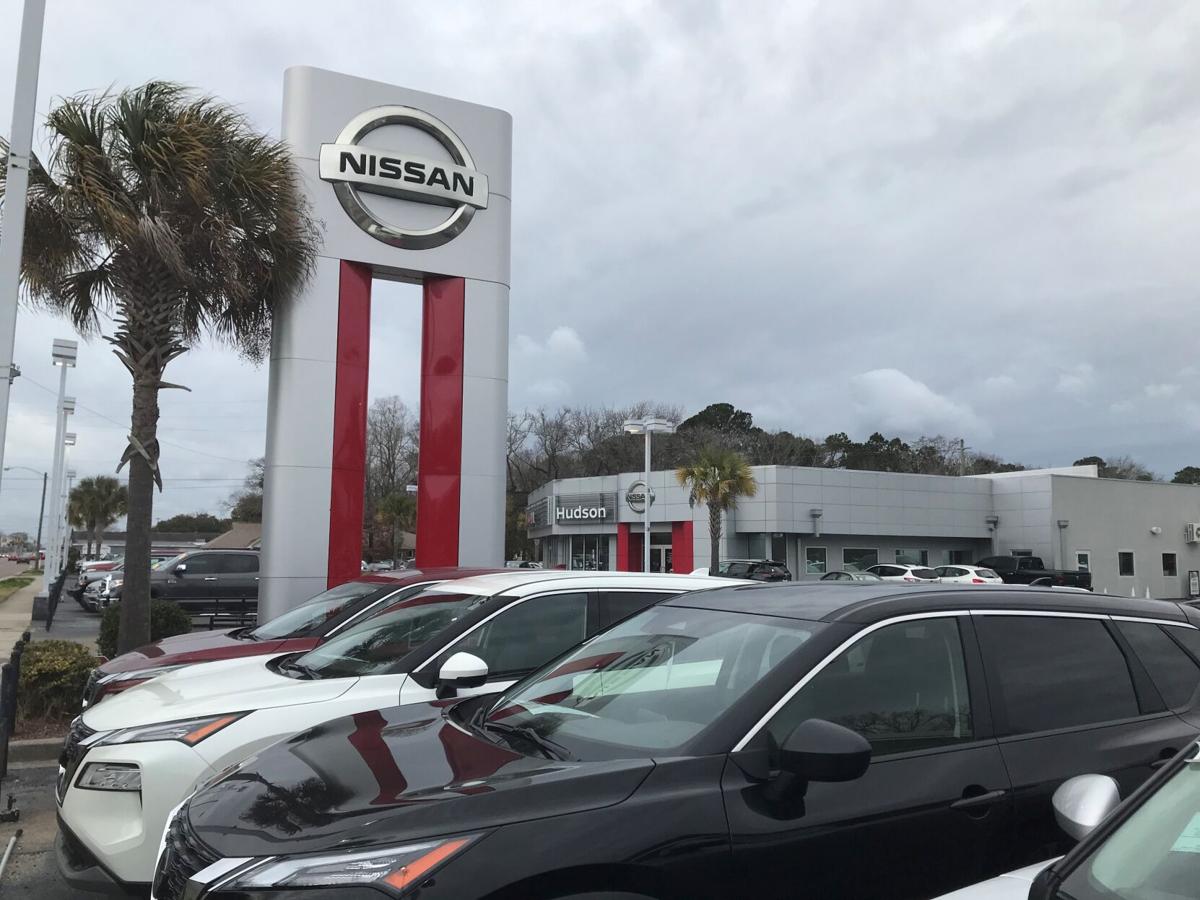 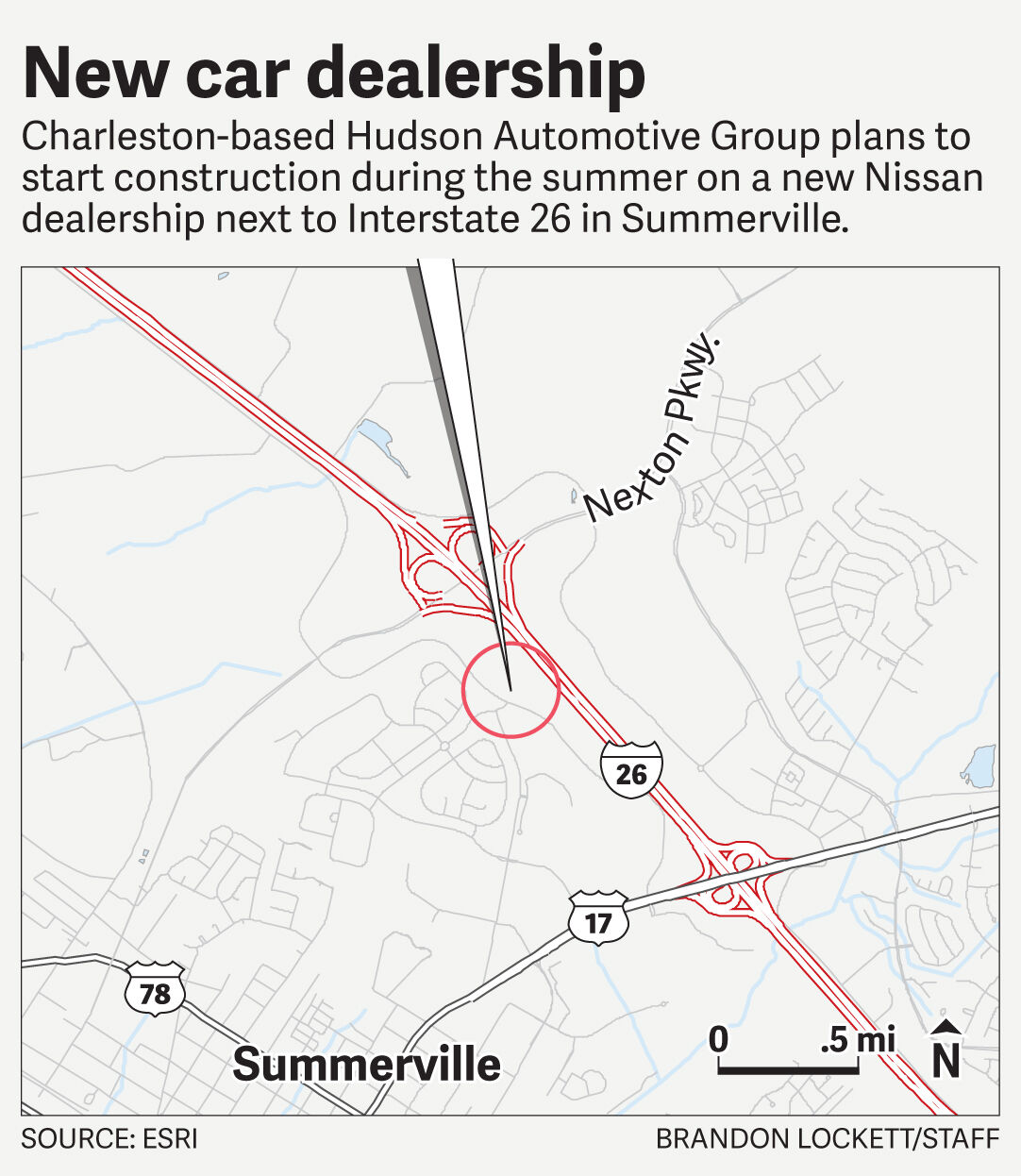 SUMMERVILLE — A new car dealership will soon break ground on part of a 15-acre site bought five years ago near the new Nexton Parkway interchange on Interstate 26.

Charleston-based Hudson Automotive Group plans to start work in the summer on a 47,000-square-foot Nissan dealership on the parcel where Millhouse Drive meets Holiday Drive.

The tract, which abuts I-26, is diagonally across the freeway from Baker Motor Co.'s new Mercedes Sprinter Van dealership that opened in 2020.

David Hudson, owner of Hudson Automotive Group, paid $4.62 million for the parcel in 2016, when he said he planned to locate two dealerships on the property.

Immediate plans call for one new car sales project, but the site is large enough for two showrooms of similar size, he said.

"We will develop half of the site for this project and save the other half for future development," Hudson said.

The car dealer said the proposal has initial review from the town of Summerville, "so we decided to greenlight that project."

He didn't have an initial dollar investment price for the new development since plans are just now being drawn up.

Construction is expected to take about a year, and the the new dealership will employ about 100 people.

Hudson decided to launch the project this year because of the growth in the Summerville area and expected new development coming after the completion of the Nexton Parkway interchange onto North Maple Street, where a new mixed-used residential, office and retail site is in the works.

The highly visible site also has attracted attention from other suitors.

"We've had a couple of hotels call, asking me to sell some of it," Hudson said. "We aren't doing that."

Hudson Automotive Group includes 31 dealerships in seven states across the Southeast, with four in South Carolina.

They include two Nissan sales sites in the Charleston area on Savannah Highway in West Ashley and Rivers Avenue in North Charleston as well as a Nissan dealership in Rock Hill and a Lexus showroom in Greenville.