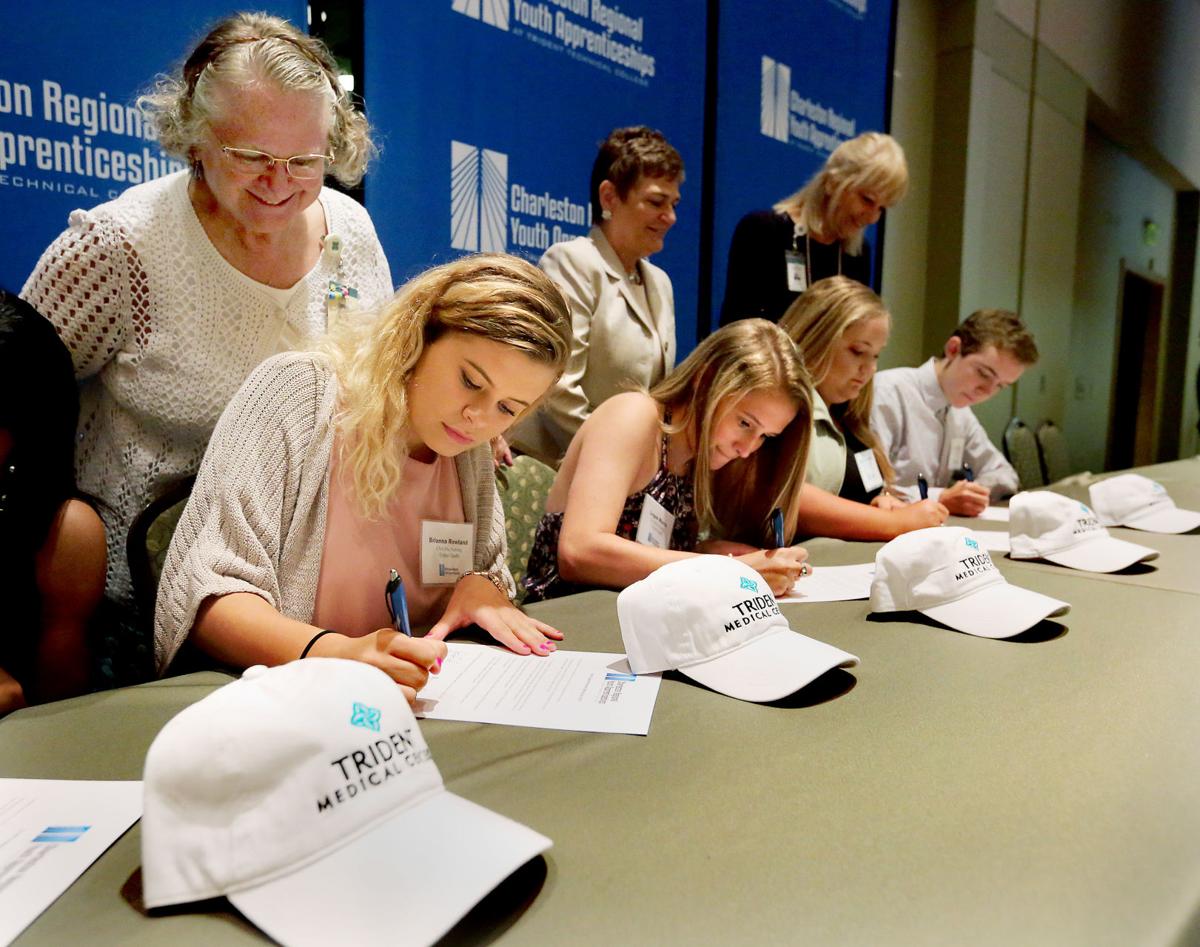 Brianna Rowland (left) was one of 71 high school students from the Charleston area Tuesday, July 30, 2019, who officially signed on as paid apprentices with dozens of local companies. Rowland signed on as an CNA/Pre-Nursing apprentice. The students will receive two years of paid employment and mentoring from a local company and a full year of college credit. Brad Nettles/Staff 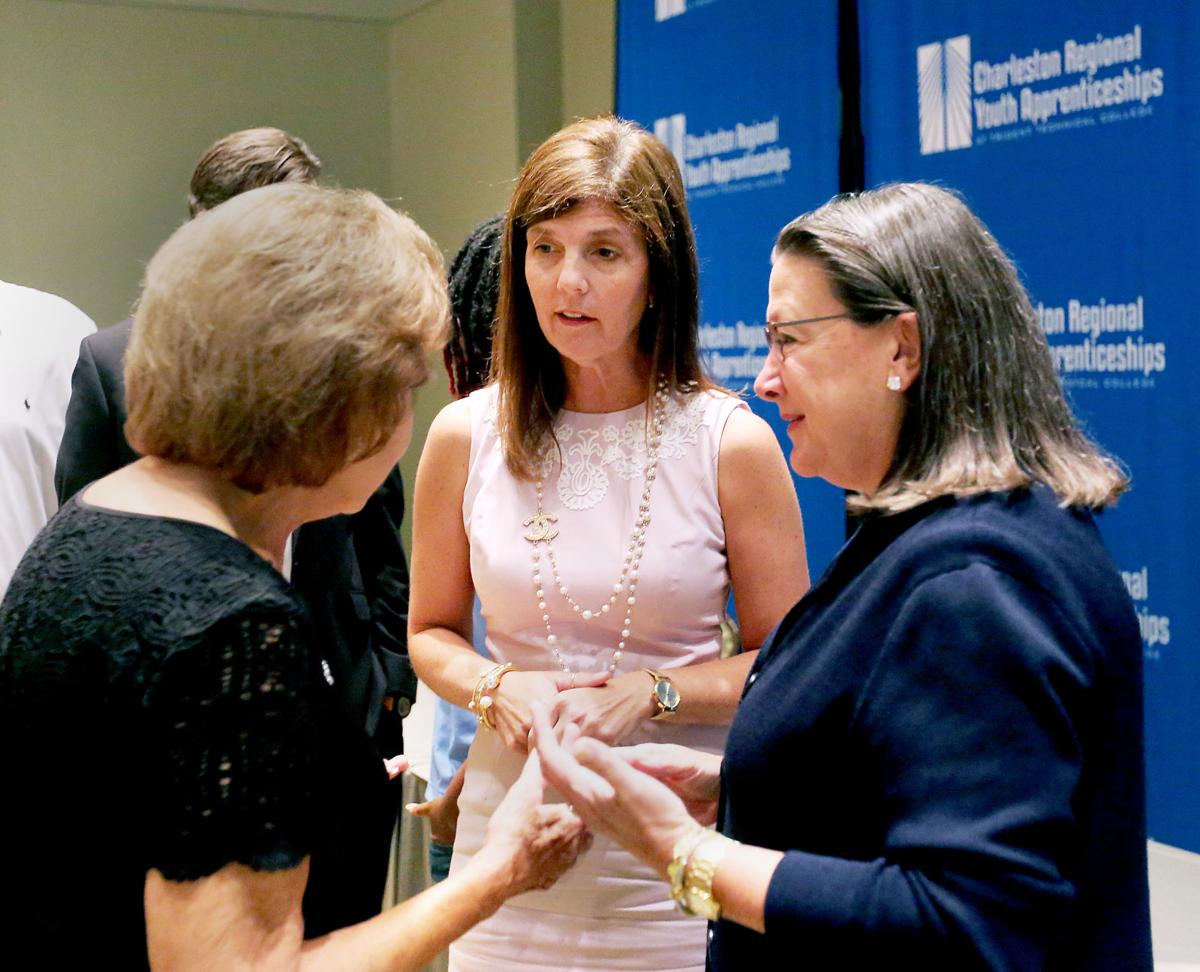 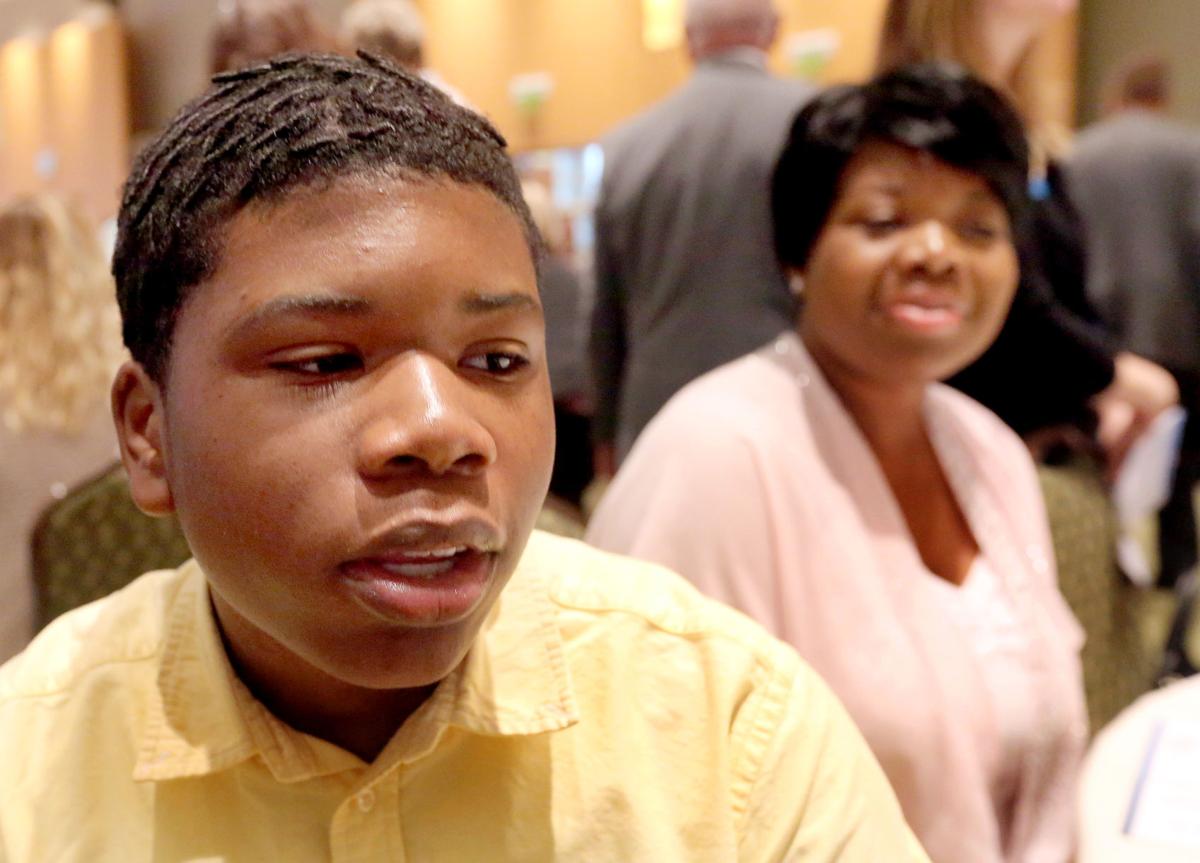 Creighton Shingler was one of 71 high school students from the Charleston area Tuesday, July 30, 2019, who signed on as paid apprentices with dozens of local companies. Shingler signed on as an EMT apprentice. The students will receive two years of paid employment and mentoring from a local company and a full year of college credit. Brad Nettles/Staff

Over the next several weeks, dozens of local teens as young as 16 will start working at some of the Charleston region’s most sought-after employers. They’ll also get paid for it, earn high school credits and take college courses for free.

The program, which pairs high school students in the tri-county area with employers for two years of on-the-job experience, has been growing every year since it launched in 2014, both in the number of apprentices and partner companies.

In its first year, the program had just six partner companies, 13 participating students and one career pathway. This year, about 125 student apprentices total are enrolled, between first- and second-year participants.

About 160 companies have also joined the program over its six years, though not all participating employers take on new apprentices during each cycle, Stowasser said.

This cycle, 43 different employers took on youth apprentices, ranging from large companies such as Boeing Co. and Robert Bosch to health providers like Trident Health and Roper St. Francis and hospitality businesses like Lowcountry Hotels and Wild Dunes Resort.

Participating students, who are rising high school juniors and seniors, receive two years of paid employment and mentoring from the employer. In addition to a high school diploma, they also earn a full year of college credit from Trident Technical College and national credentials from the U.S. Department of Labor.

Creighton Shingler, a 17-year-old student at the Charleston Charter School for Math and Science, will be starting an apprenticeship with the North Charleston Fire Department in a few weeks.

His mother, Monique Shingler, had learned about the apprenticeship program and encouraged him to apply.

"He's always been really driven," Monique said at a signing event Tuesday for this year's apprentices. "This is a cheaper route for him to accomplish what he wants to do."

How can college in SC, where residents owe billions, be more affordable? Experts weigh in

All costs associated with the program, including tuition and books, are paid for, with no expense to the student or the participating employer.

Shingler, who wants to pursue a career in the medical field, will be working and training as an EMT. One of the main reasons he wanted to join the apprenticeship program was the promise of free college credit.

“I’m trying to not have debt from college,” he said.

Evette said she's trying to advocate for a different mindset of what successful career training and education looks like.

“It’s not always a four-year degree,” Evette said. “We need to change that narrative. These are not second choices.”

Several students who have completed the apprenticeship program shared their experiences with incoming participants. Jessica Garcia, who was in the culinary arts track and now works as a line cook at the downtown restaurant Slightly North of Broad, said she had never seriously considered cooking as a career until she learned about the apprenticeships.

“That conversation with my guidance counselor changed everything,” said Garcia, 19.

Both echoed Evette’s point that apprenticeships and technical colleges should be seen as valuable and viable steps in a career path. Though youth apprenticeship programs do lead some students to four-year universities, Kelley said, they can also open up different, sometimes debt-free opportunities.