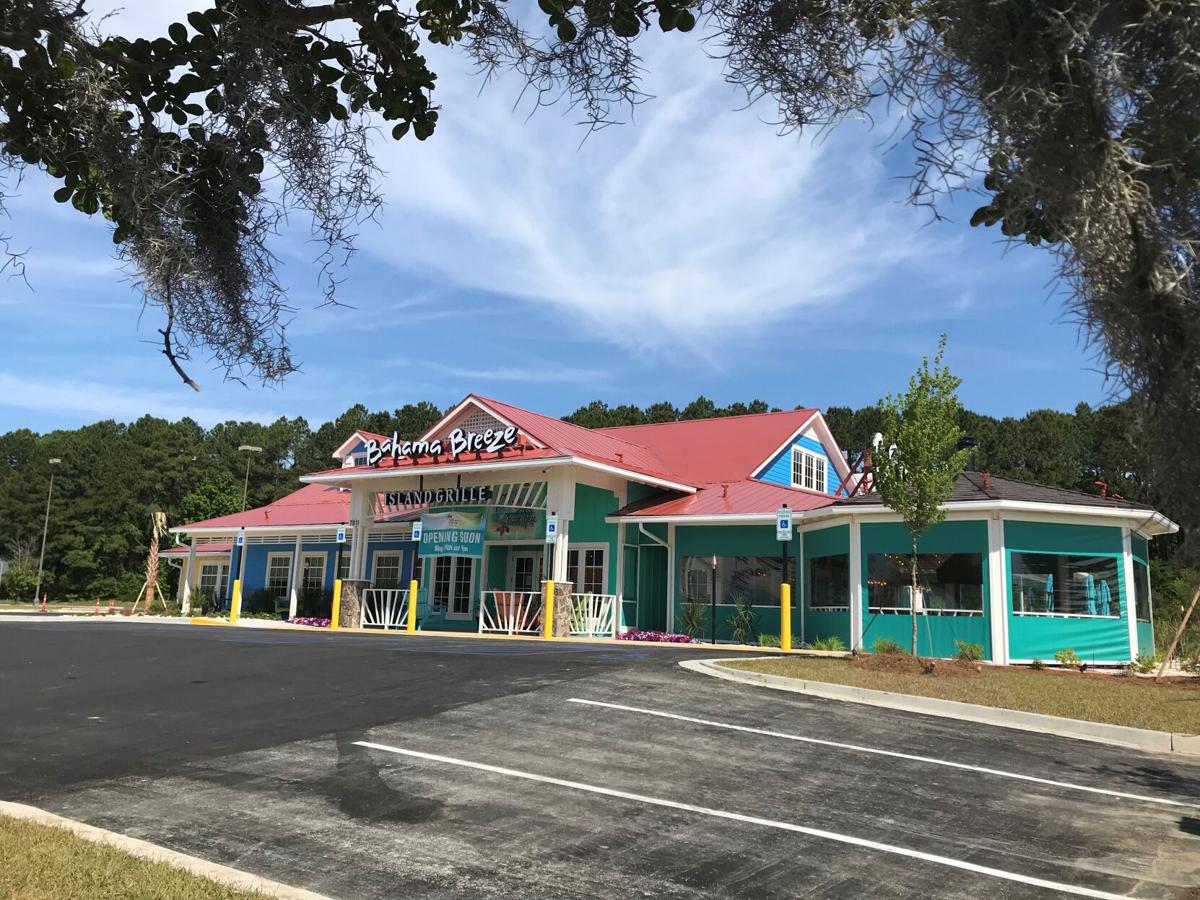 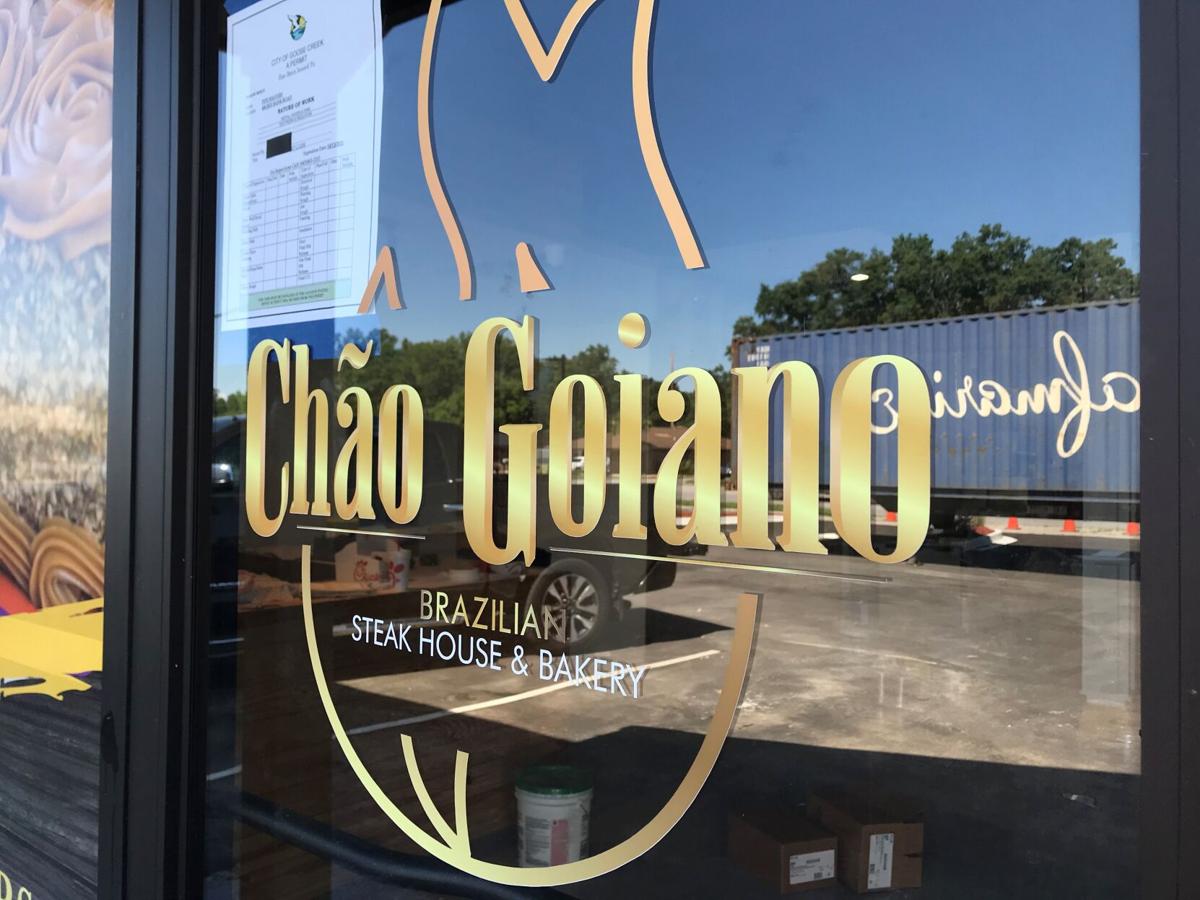 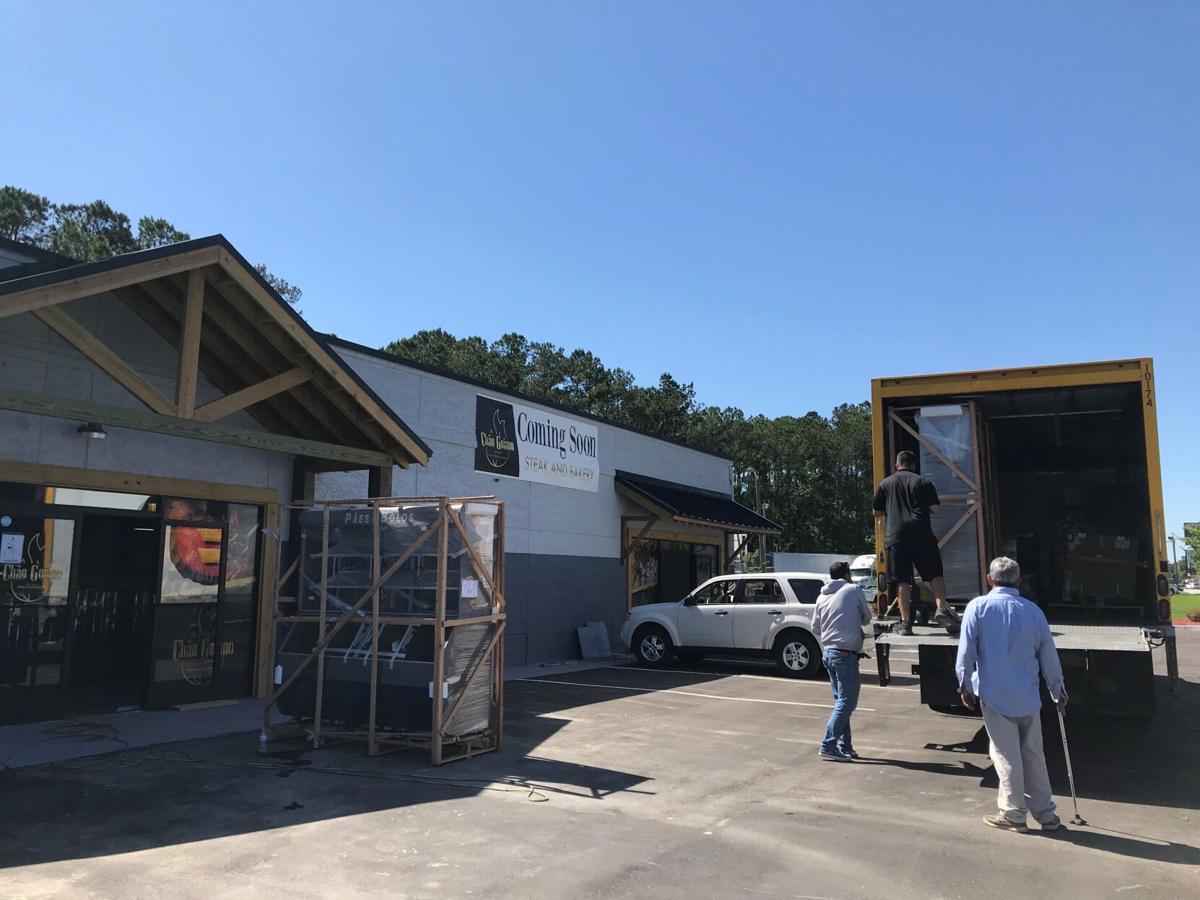 The Charleston region's newest island-themed restaurant is ready to welcome customers near the outskirts of Northwoods Mall.

The Caribbean-inspired chain will offer seafood, chicken, steaks and tropical drinks, among other items. It was originally set to open earlier but the coronavirus delayed construction. The restaurant has been recruiting workers for the past couple of months.

The new venue is located on the site of the former Sears automotive center on a 2.2-acre outparcel next to Burlington at the North Charleston mall. Last fall, California-based Four Corners Property Trust, a real estate firm that invests in dining establishments, paid $2.82 million for the site, which has a 10-year lease.

Bahama Breeze is part of Orlando-based Darden Restaurants, which also owns Olive Garden and LongHorn Steakhouse, among other brands. The new restaurant is down the street from Olive Garden.

Bahama Breeze operates 42 locations, mainly along the East Coast and with 20 in Florida, but a few are scattered across the country in major U.S. cities, including Seattle, Chicago, Memphis, Detroit and Las Vegas. The chain’s nearest restaurants to South Carolina are in Atlanta and Raleigh.

A longtime James Island restaurant will serve its last meals on May 21 as the owners search for a new location.

Kickin' Chicken at 1175 Folly Road is closing at the end of its long-term lease after serving area residents for the past 18 years.

Owners Chip Roberts and Bobby Perry also pointed to the shifting population and development patterns on the island as reasons for shutting down the restaurant.

They are trying to relocate employees to other restaurants in Mount Pleasant, North Charleston, Summerville and West Ashley.

Another venue will open by late summer at 45 Romney St. on the Charleston peninsula. The chicken chain shuttered its downtown location in 2020 after 21 years on King Street.

The James Island restaurant was the second one in the Charleston-based chain to open after the original location launched in 1997 on the upper peninsula.

A new Brazilian restaurant is headed to Goose Creek.

A space at 408 Red Bank Road is being renovated for Chão Goiano Brazilian Steak House & Bakery.

Workers on site said the new restaurant is expected to open in June.

Also in Goose Creek, a new sandwich shop is coming to the Carnes Crossroads community.

Two other Jersey Mike's that were previously reported are on the way to 418 Reid Hill Road near Walmart in Moncks Corner and 117 North Creek Drive on the northern edge of Nexton near Cane Bay.

Founded in 1997, the company's website shows it has six other locations in the Grand Strand area up the coast. A representative of the retailer did not respond for further comment. The site remained vacant on May 18.

Also, another tenant has signed on to a new development in northern Mount Pleasant. Charleston Dance Works recently leased 1,255 square feet in The Bend at Carolina Park.

The new shop plans to open by early summer 2022 at 3500 Park Avenue Blvd., Suite 103, according to the commercial real estate firm Belk|Lucy.

Other recently announced tenants for the strip retail center across from Costco Wholesale club store include Emoji Poke, The Front Porch Coffeehouse & Creamery and Blue Sky Endurance. The coffee shop plans to open by the fall, while Emoji Poke and Blue Sky are set to open in 2022.

Located at 880 Island Park Drive, it's the fourth location for the Atlanta-based brewery.

Brewer Mitch Steele will be joined by chef Grant McPherson.

A new fitness concept is coming to Mount Pleasant.

High Fly Bungee Fitness plans to open by July at 625 Johnnie Dodds Blvd. in the Aldi-anchored Plaza at East Cooper Shopping Center, according to Carolina One Real Estate.

The West Ashley Farmers Market has returned and will be held 3-7 p.m. each Wednesday through Oct. 27 at Ackerman Park in its essentials-only format. The market at 55 Sycamore Ave. will feature local produce and locally produced packaged food items. COVID-19 safety protocols will be in place.