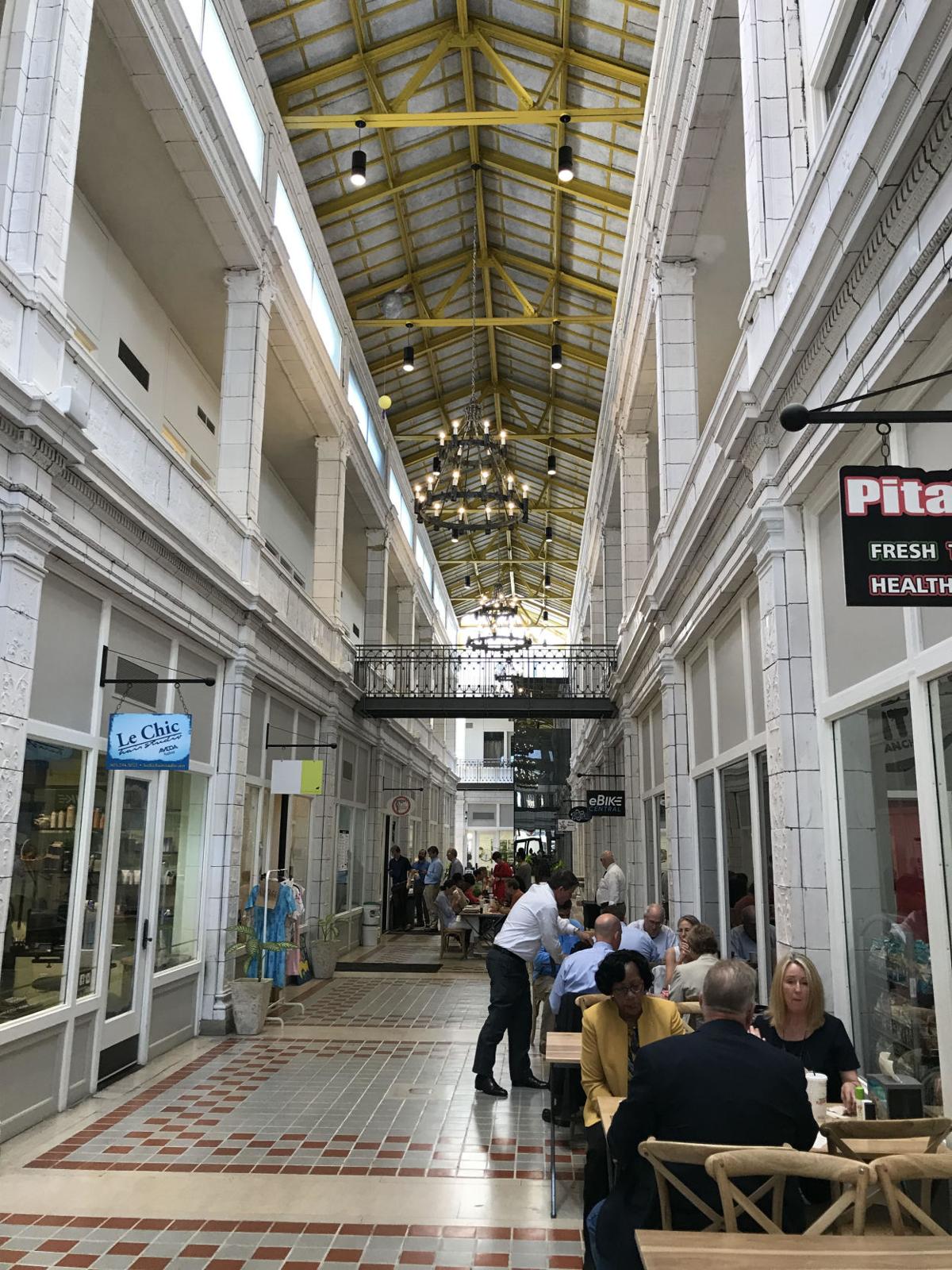 Columbia's historic Arcade Mall, which has been attracting more customers, will be the site for the new Odd Bird Books. File/Mike Fitts/Staff 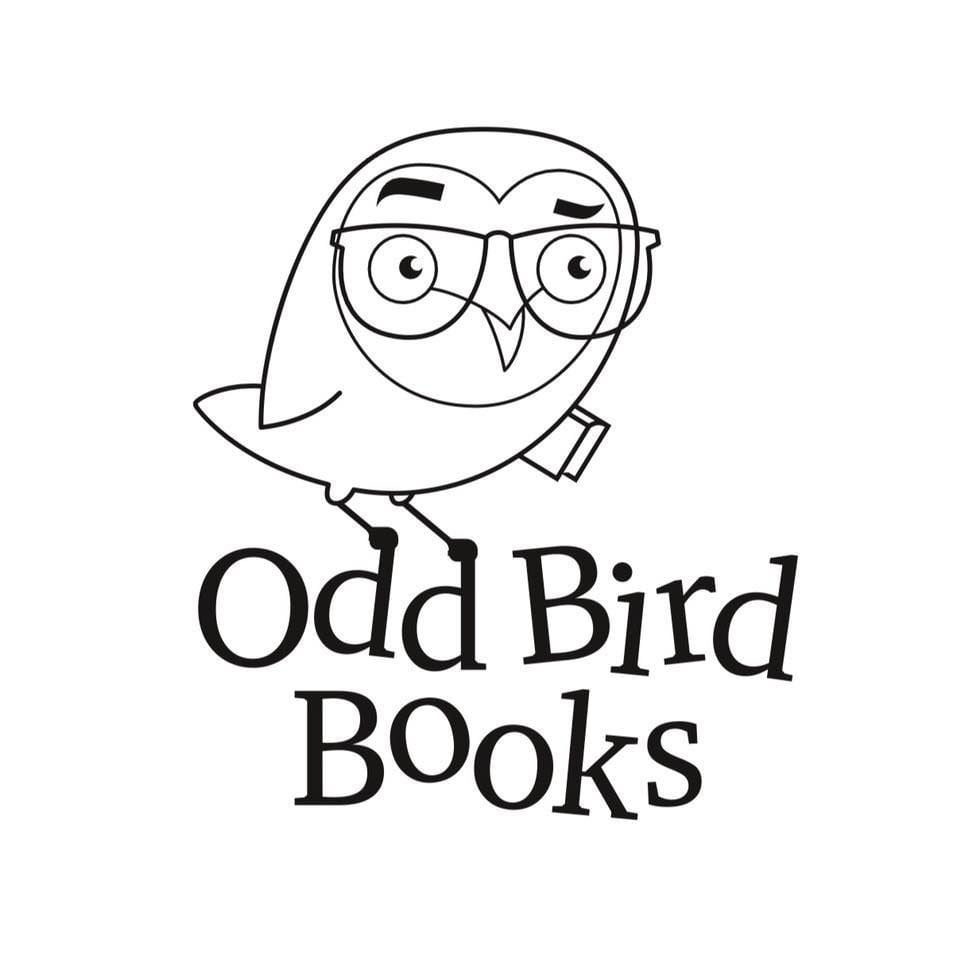 This is the first installment of Columbia-area Retail, a weekly column that will be posted on Tuesday mornings at postandcourier.com. Do you know of an opening, expansion or closing that should be included? Write to mfitts@postandcourier.com.

A new shop will bring book sales to Columbia's Main Street by Feb. 1.

Odd Bird Books will open in the coming weeks in Columbia's historic Arcade Mall, a revitalized retail space with entrances on Main and Washington streets downtown. The L-shaped mall, which features Italian Revival decor, was the first covered retail space in Columbia and has been enjoying a surge of interest and new tenants.

Benjamin Adams, a former employee of Blue Bicycle Books in downtown Charleston, has decided to use a little less than 500 square feet of space in the Arcade Mall for his independent bookstore. He hopes to have about 1,000 books on hand for customers to consider.

Both his pop-up sales as a vendor at weekly Soda City Market since November and his conversations with locals convinced Adams, who grew up in the city's Elmwood Park neighborhood, that Columbia was ripe for an indie bookstore downtown.

"Over and over, I was hearing from people that they wanted a better alternative," Adams said.

Columbia has relatively few bookstores for a college town of its size, including just one remaining outlet of Barnes & Noble located in nearby Forest Acres and two Books-A-Million stores more than 10 miles from the city center in Lexington and Northeast Richland.

After taking a beating from the combination of big-box retailers, Amazon and the Great Recession a decade ago, independent bookstores have been recovering since, with hundreds of new ones opening nationwide. The American Booksellers Association, the trade group for independent bookstores, reports that its membership has increased 35 percent since 2009.

Bookstores have been embracing smaller footprints to survive like the space that Odd Bird will use, Adams said.

"They can't beat Amazon and Barnes & Noble at that game of having everything all the time," he said.

Adams believes the right selection of books is the key to success for smaller stores. The store will use its limited inventory to emphasize recently released books that have been attracting attention in the literary world, as shown through published reviews and interviews, Adams said.

It also will feature some books that Adams believes others will find interesting. The key to success will be an appealing, curated selection, Adams said.

A bookstore was on the list of additions that the City Center Partnership wanted to attract to the central downtown area, according to Matt Kennell, the CEO of the public-private partnership that promotes the area. The group had seen that such bookstores were succeeding in other cities.

Consumers seem to be more eager to support businesses that are local and offer personal service than they might have been in years past, Kennell said. That seems to be true of restaurants and also of bookstores, Kennell said. If consumers opt not to spend their money online, they instead want a more personal level of service than many big-box stores provide, he said.

The smaller footprint of locations in the Arcade Mall works well for such smaller retailers. "We've kind of gone full-circle," Kennell said.

Adams hopes that Odd Bird can become a mainstay in the literary community of Columbia. He said he will be looking for ways, despite the shop's small space, to perhaps use partnerships and perhaps other venues to host literary events, including a book club meetings and writers' groups.

A block-long side of Harden Street in Five Points that was almost entirely cleared of open stores is reopening for retail tenants amid a redesign that will add parking.

The swath of businesses across Harden Street from the Market Place Shopping Center, formerly home to such businesses as vintage clothing store Hip Wa Zee and El Burrito restaurant, will be offered amid a renovation, with locations on each end of the section already available for tenants, according to J.P. Scurry, commercial real estate broker for Crosland Barnes Group. It's likely that two or three tenants will be ready to be announced in the first quarter of this year, Scurry said.

The Unexpected Joy Orthodox Book and Icon Shop has been the only store in the stretch to stay in business.

The revamped project will offer about 26,000 feet of added retail space in Five Points, bringing a major amount of new retail to the district. The former locations of El Burrito and the Rise bakery will be demolished in part to provide parking access, Scurry said. About 50 parking spaces will be available up the hill, and the shopping center will have entrances from Harden and Pendleton streets.

Other reasons to take out those two buildings, Scurry said, include making possible retail or restaurant spaces larger and to give the stretch a consistent facade.

One new building will be added during construction. The buildings have been vacant for at least the past year, with Hip Wa Zee closing in January 2019 and El Burrito closing in April 2017.

The original plan for the property included a larger redevelopment with a spot for an anchor tenant, but that plan had to be revised to something more workable, Scurry said.

The developer is seeking to use historic building tax credits to help finance the project, since some of the buildings date to the late 1940s, Scurry said.

Columbia Craft Brewing at 520 Greene St. in the Vista broke ground last week on an expansion including a rooftop bar that should improve the brewery's ability to host guests on-site.

The rooftop will accommodate 40 to 50 visitors and be equipped with fans and heaters to make it usable in several seasons, according to Columbia Craft Media Manager Melanie Schmitz.

The expansion is scheduled to be finished in May.

Favored Life Kombucha Bar at 716 Santee Ave. in Five Points has announced it’s going out of business. The bar, dedicated to making its own version of the probiotic, fermented drink, was in business for less than one year.

Opening soon: Dickey's Barbecue Pit will add a location inside the Lexington Walmart at 5556 Sunset Blvd. It's the second Midlands location for the Texas-style barbecue chain, which specializes in pit-smoked brisket. All the meat at Dickey's is smoked on site, according to the company.

Tug Baker and April Blake contributed to this report.

Where there are high school students, fast food will follow. Just check Lexington.

Several fast-food restaurants including McDonald's and Sonic are springing up near Lexington High School in an area where many new homes also are rising.

Columbia’s newest downtown hotel is now open. Another hotel developer is breaking ground near Lexington Medical Center. And Lexington is expected to see its first hotel in the city center this summer.