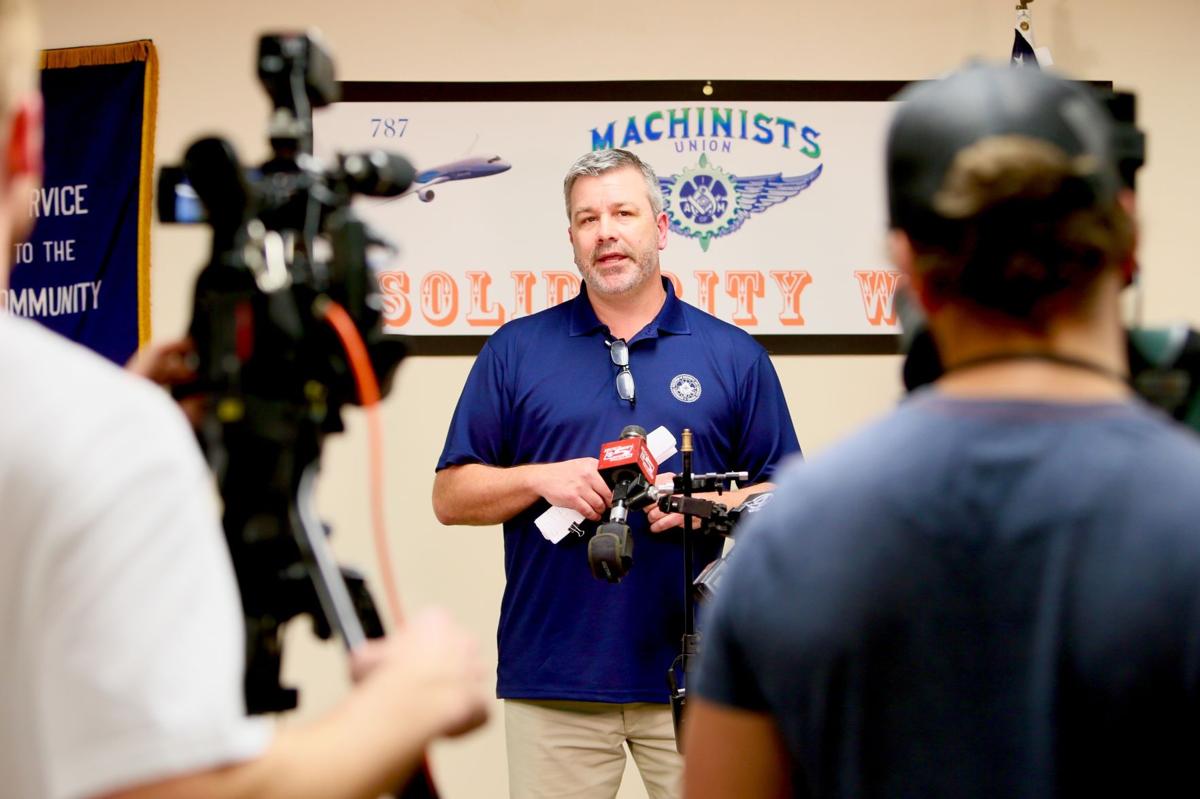 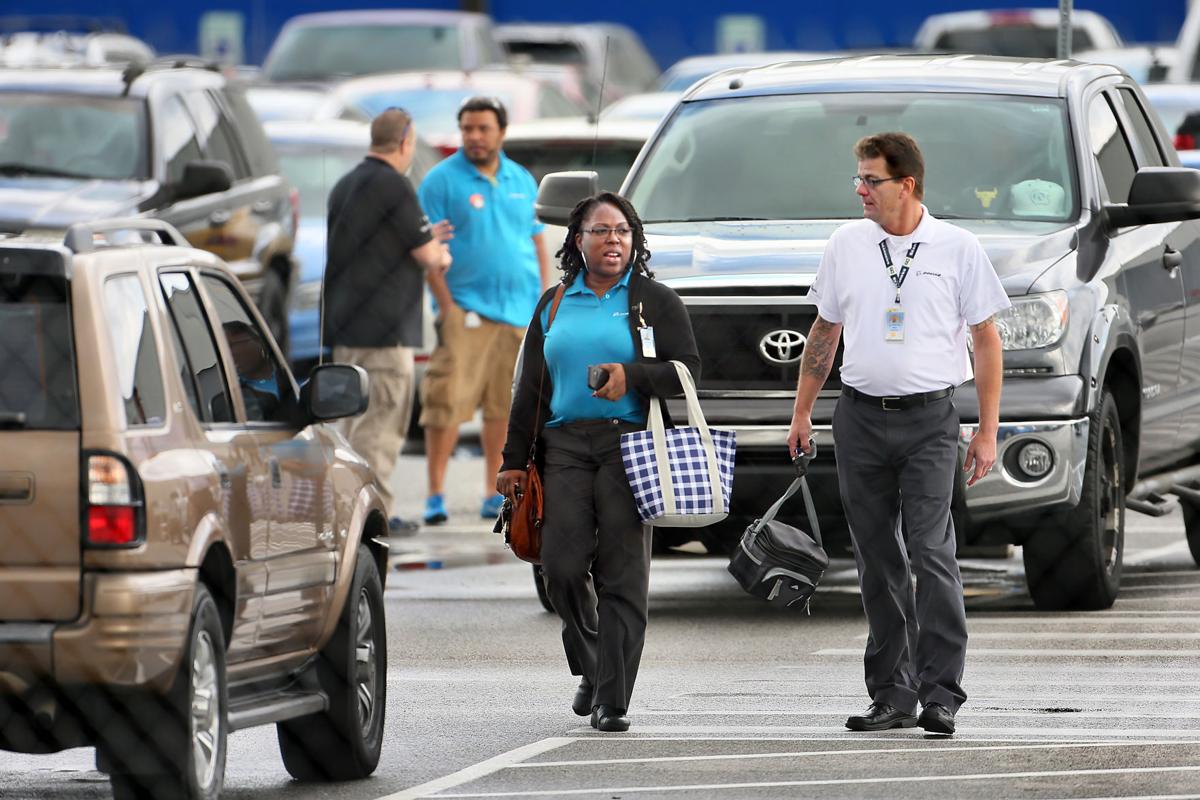 Organized labor suffered its biggest defeat in decades in South Carolina on Wednesday, with Boeing Co. workers stating overwhelmingly that they do not want to be represented by the International Association of Machinists union.

"We’re disappointed the workers at Boeing South Carolina will not yet have the opportunity to see all the benefits that come with union representation" said IAM lead organizer Mike Evans. "But more than anything, we are disheartened they will have to continue to work under a system that suppresses wages, fosters inconsistency and awards only a chosen few."

"We have a bright future ahead of us and are eager to focus on the accomplishments of this great team and to developing new opportunities," she said in a statement.

The IAM, which has an office on Dorchester Road in North Charleston, will have to wait at least one year before it can file for another election. Evans did not say what the union's next move will be, but it likely will close the office where it has recruited workers for the past few years.

"Ultimately it will be the workers who dictate what happens next," said Evans. "We’ve been fortunate enough to talk with hundreds of Boeing workers over the past few years. Nearly every one of them, whether they support the union or not, have improvements they want to see at Boeing. Frankly, they deserve better."

The union loss comes two days before President Donald Trump is scheduled to visit North Charleston at around 12:30 p.m. Friday to witness the debut of Boeing's first 787-10 Dreamliner.

"Friday we will mark the most recent incredible accomplishment in the proud history of the Boeing South Carolina team with the roll-out of the first 787-10,” Robinson-Berry said. "It is great to have this vote behind us as we come together to celebrate that event."

Joe Seiner, a labor law expert with the University of South Carolina, called the IAM's loss "embarrassing" and said it is a setback to organized labor throughout the state.

"This is a major hit to the union," Seiner said, adding that recent talks of layoffs and cost-cutting at Boeing had given the IAM its best shot at gaining a foothold.

"If they can't get a strong vote in this kind of environment, it sends a signal that South Carolina isn't interested in unionization," he said. "Unions might think twice about whether they are going to spend time and resources in a state that they just can't seem to turn."

Scott Hamilton, an aerospace analyst and editor of Leeham News & Comment, called the vote "a humiliating defeat for the IAM that will have negative repercussions" for the union's Washington state members. The IAM represents most production workers at Boeing's Puget Sound locations and in Renton, Wash.

"Boeing will be able to continue to hold non-union Charleston over Seattle's IAM when it comes time to select the site for the new mid-range airplane for the middle-of-the-market sector," Hamilton said.

The IAM tried to rally Boeing workers around promises of better wages and more consistent workplace rules. Boeing countered by saying labor unions erode workplace relationships and often fail to live up to their promises.

The union had a difficult road in a state that is the most inhospitable to organized labor nationwide.

South Carolina has the nation's lowest percentage of union members in the U.S., at 1.6 percent of the workforce, federal statistics show. Union membership fell nearly 46 percent between 2006 and 2016, from roughly 59,000 workers to 32,000, the biggest percentage drop nationally.

Seiner attributes the drop to South Carolina's status as a right-to-work state, which means no employee can be forced to join a union, and a political climate in which leaders such as former Gov. Nikki Haley have blasted organized labor's attempts to organize workers.

"Fewer unions means a lower cost of doing business and it makes the state more attractive for industries looking for places that don't have those high union costs," he said.

This was the second time in two years that the IAM scheduled a vote at the Boeing campus. In 2015, the union canceled the vote days before it was scheduled to take place, citing political interference and misinformation from Boeing management.

Wednesday's vote count took longer than expected for several reasons, Evans said. Boeing's facilities are in several North Charleston locations and there were a large number of voters. While several ballots were challenged because workers voted in wrong locations, they did not play a role in the outcome, and Evans said there were no irregularities in the voting.

This year's campaign - much shorter than the 2015 effort because of new NLRB rules that streamlined the voting process - was contentious, with both sides taking to the airwaves, social media, billboards and print advertising to get their message across to workers. Boeing and the South Carolina Manufacturers Alliance bought hundreds of spots for anti-union TV ads while the IAM waged a lower-budget campaign.

"This vote ... reinforces the fact that unions have no place in our state," said Lewis Gossett, president and CEO of the alliance. "We congratulate the teammates of Boeing South Carolina for choosing to stay union free and we are proud of the outstanding work they do producing world-class airplanes."

The IAM's latest petition came at a time when Boeing is making job and other financial cuts to its commercial airplane division in the face of slowing sales and increased competition, leading some labor experts to speculate that workers would turn to the union for job security.

Boeing is one of the Charleston region's largest employers, with an overall workforce of 7,565 people. Its local payroll has declined by 700 jobs since last year, and the company in January offered voluntary layoffs to hundreds of engineers company-wide, including in North Charleston. Boeing has said involuntary layoffs could be announced if financial goals are not met.