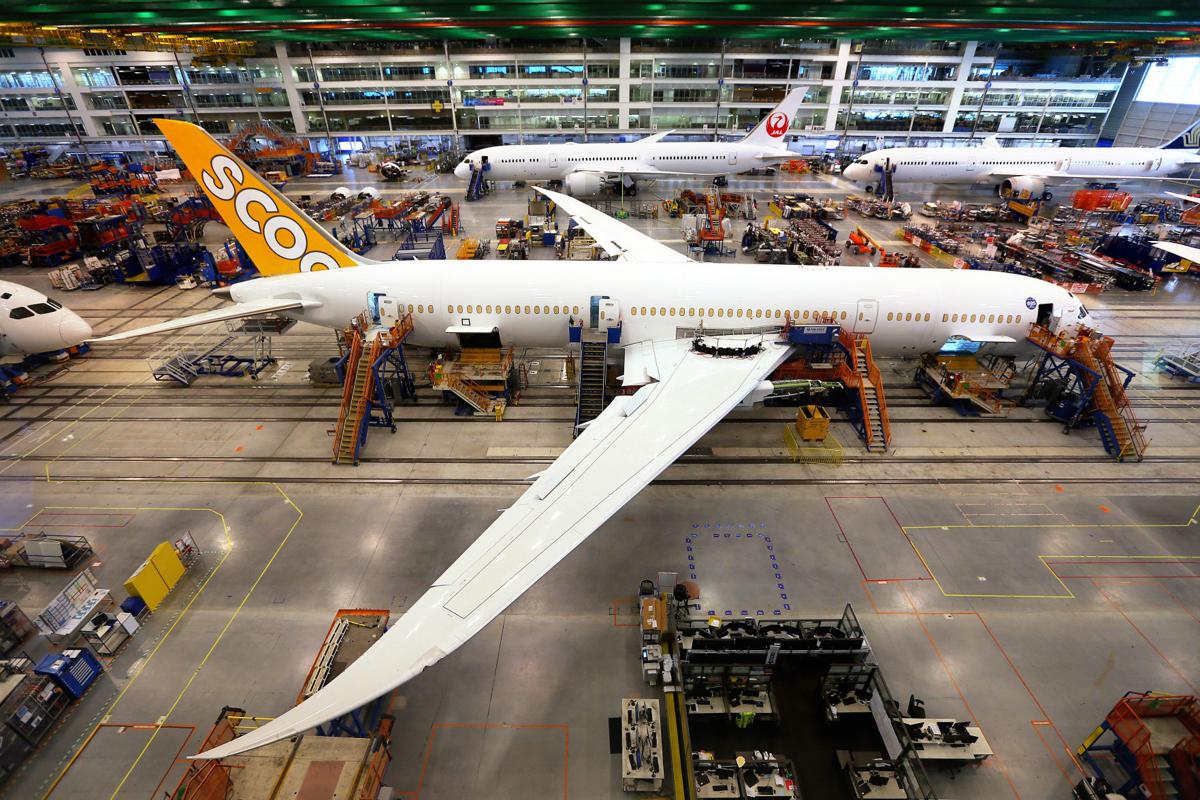 U.S. aviation regulators say that managers at Boeing Co.'s Dreamliner assembly plant in North Charleston harassed and pressured its safety representatives while they were on the job. File/Staff 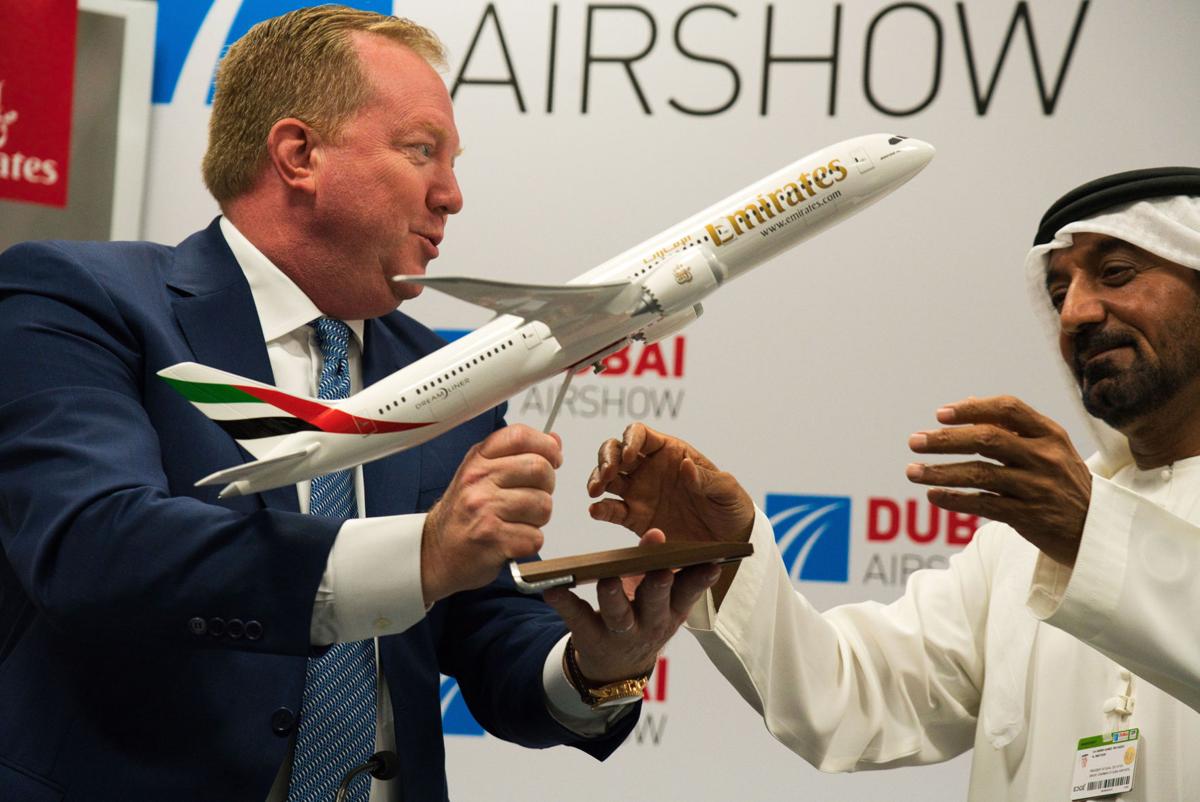 Stan Deal (left), CEO of Boeing Commercial Airplanes, says an arrangement with the FAA that allows the company to inspect the jets it makes is "a privilege, not a right." File/AP

The pressure came from some of the most senior managers, including the vice president of 787 operations, the senior quality manager and the director of Dreamliner deliveries, according to letters the FAA sent to the company Wednesday that detail proposed civil penalties against the planemaker.

The allegations outlined in the newly released documents are violations of the FAA's Organization Designation Authorization program, which allows Boeing to inspect its own aircraft and issue airworthiness certificates.

The program requires that only designated employees called "ODA unit members" perform those functions. Those workers are supposed to report to managers who are also approved by the FAA.

But according to allegations the agency laid out this week, managers at the North Charleston Dreamliner assembly plant who weren't part of the program supervised ODA workers for nearly two years, from late 2017 to mid-2019.

ODA members in North Charleston were also pressured while on the job, the FAA says. The agency's letter details several ways senior managers at the plant interfered with their work, including "harassing" them to complete their inspections more quickly, "berating" their performances and threatening to replace them with other employees.

Managers also stood outside aircraft to "monitor how quickly" inspections were being done.

One ODA member was pressured to inspect a 787 that wasn't ready, and an ODA manager was passed over for an interview for a promotion after filing a report about the "undue pressure" safety workers were experiencing, according to one letter.

Those incidents took place between September 2018 and May 2019 and involved at least four Boeing managers, three of whom held high-level positions and were not part of the ODA unit.

Based on those claims, Boeing failed to comply with FAA rules that require the company to give its safety workers "sufficient authority" to do their jobs without interference.

In a message to engineers this week, Boeing Commercial Airplanes chief Stan Deal and chief engineer Greg Hyslop stressed that the planemaker's status as an ODA "holder" is "a privilege, not a right."

Boeing to slash SC-made Dreamliner rate again; production could go to one plant

"When exercising delegated authority, Boeing-badged ODA representatives are the FAA, and must be treated with the same respect and deference that is owed to our regulator," their message said. "We know the vast majority of our team appreciates this — but just one mistake, or one Boeing employee engaging our ODA representatives in a way that is inconsistent with our values, can undo years of hard-earned trust with the FAA.”

A second letter from the FAA described a specific incident last Feb. 26 that hinged on the approval of a sconce light on a 787-9.

Managers were trying to meet a 4 p.m. deadline to have the aircraft ready. ODA inspectors had initially rejected the jet when it was submitted to them for airworthiness certification because of "discrepancies," including an inoperable light above a seat.

Employees worked to fix the issues, but the jet was rejected again when it was brought back for inspection. The light still wasn't working.

With the deadline approaching, the director of the delivery center sent "multiple text messages and phone calls" to an ODA manager, asking that they stand by while Boeing supplier Safran installed the light.

With just a little over half an hour to go until the set deadline, the ODA representative asked for documentation of the light installation, including drawings and instructions. A manager "became agitated" at that request and said "he had never been asked that before."

The ODA inspector asked for other instructions, and a second manager "became agitated" and "stated in a loud voice" that there weren't any.

Boeing had failed to make sure that Safran had the required documents before installing the light, leading to other errors, the FAA found.

"Boeing failed to maintain its quality system," the letter states.

According to a spreadsheet from the All Things 787 blog, which tracks Dreamliner deliveries, the jet referenced in the letter belongs to United Airlines and was delivered sometime that day.

The FAA has proposed fines totaling about $1.25 million for the violations described in the letters.

Boeing said in a statement Wednesday  that it appropriately reported the incidents to the FAA and cooperated with the investigations. The company was given 30 days after receiving the letters to respond.

Safety practices throughout Boeing commercial airplane business — including the North Charleston 787 plant — have been under scrutiny since two 737 Max jets crashed in late 2018 and early 2019, killing 346 passengers and crew members.

Media reports about alleged shoddy production work at the South Carolina Dreamliner campus caught the attention of lawmakers investigating the Max program, and federal investigators decided last summer to expand their probe of safety practices to include the North Charleston campus.

The Dreamliner production site off International Boulevard has drawn extra attention in the last week following Boeing's announcement that it will be studying whether to consolidate the 787 program in one location. Monthly production rates will be slashed to six in 2021, down from a high of 14, because of the steep drop in air travel caused by the coronavirus pandemic.

Boeing also builds the 787 in Everett, Wash. The South Carolina factory is the only site that can build all three versions of the widebody.