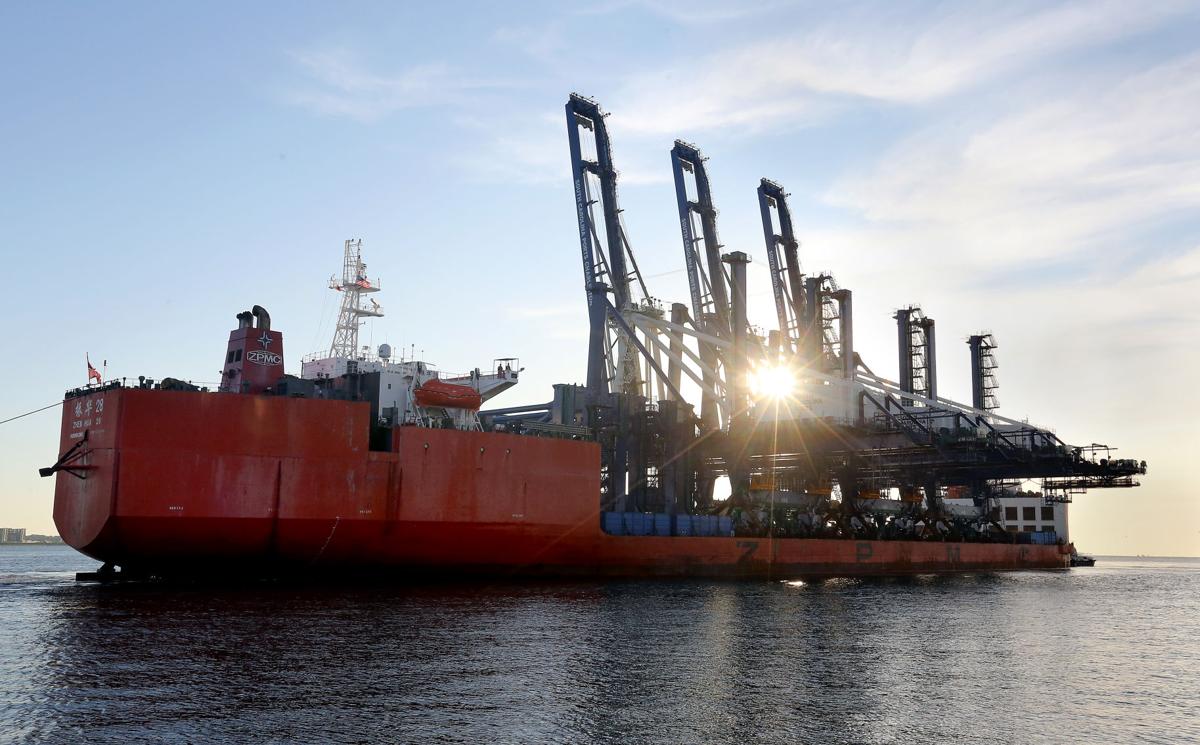 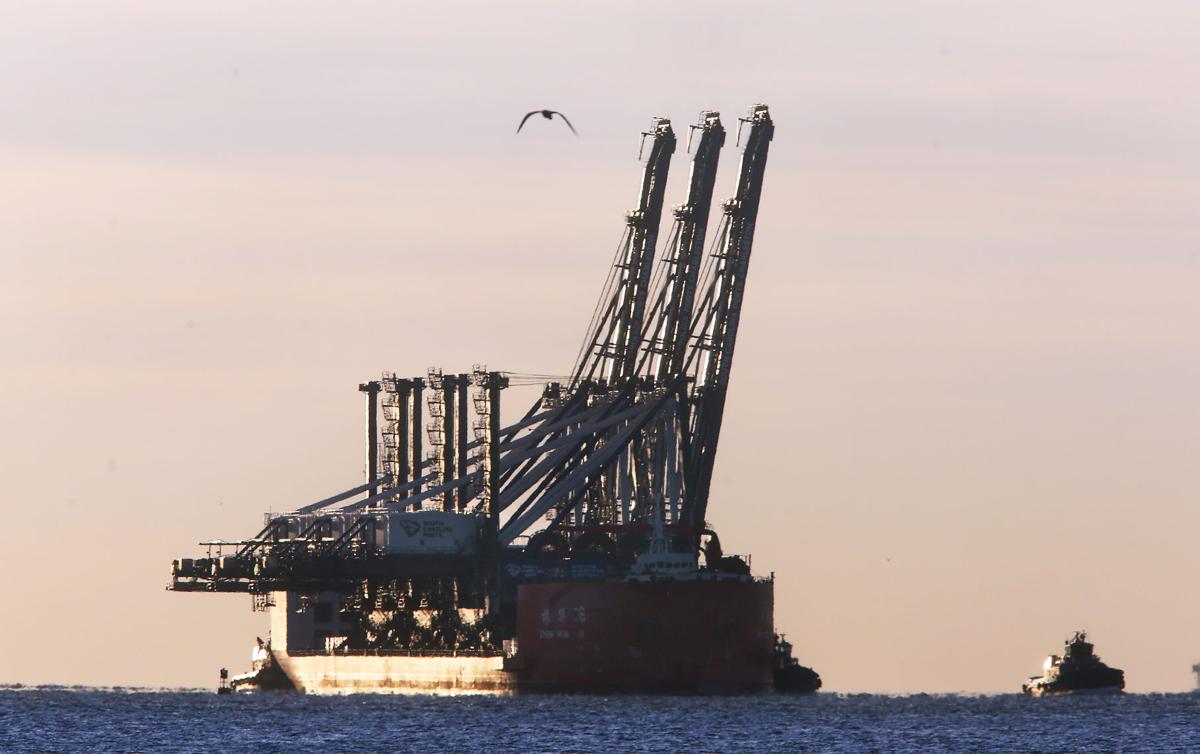 A trio of new ship-to-shore cranes — a key piece of the State Ports Authority's plan to entice big containerships to keep calling on South Carolina — completed their journey to Charleston from the other side of the world early Thursday.

The 155-foot-tall cranes made a projected two-day stop at the Columbus Street Terminal in downtown Charleston because, with their booms fully extended, they are too tall to fit under the Ravenel Bridge. Inclement weather delayed their scheduled arrival by about 24 hours.

Once the booms are lowered this weekend, the cranes will be transferred to the SPA's Wando Welch Terminal in Mount Pleasant.

Jim Newsome, the port authority's CEO, calls the new cranes "an important part of our growth strategy to have new infrastructure."

Priced at about $11 million each, the cranes are among $1.6 billion the SPA is spending to accommodate the maritime industry's growing fleet of so-called mega-ships that require more and bigger equipment.

"We have to put more cranes on ships to get them out faster," he said.

The other investments include strengthening the Wando Welch wharf and building of a new container terminal on the old Navy base in North Charleston.

Without the upgrades, Newsome said, the bigger ships now hauling as many as 14,000 containers would look to load and unload their cargo elsewhere.

The equipment that arrived Thursday will replace three smaller cranes, which will be moved one at a time from Wando Welch to the North Charleston Terminal.

It's expected to take between three and four months for each of the new cranes to be raised and commissioned.

Three more will arrive from China in the coming year or so, giving Wando Welch a total of 15 155-foot-tall cranes by the end of 2020 — five for each of the three ship berths.

The bigger cranes will enable crews to move 150 cargo boxes per ship each hour. That's important, Newsome said, because the average number of containers moved on and off of each ship has nearly doubled to 1,100 since the Panama Canal was expanded in 2016.

In addition, the authority is acquiring five cranes with 169-foot lift heights in the coming months for its future Leatherman Terminal in North Charleston, which opens its first of three phases in 2021. They'll be able to move cargo on and off ships carrying up to 18,000 containers.

"Our selling point right now is we're going to have cranes on three big ships over here (at Wando Welch) and five cranes on one ship over at Leatherman," Newsome said. "We're the only terminal in the Southeast that can handle an 18,000-container ship."

The new cranes were built by ZPMC in Shanghai.

It typically takes 18 to 24 months once the cranes are ordered for them to be engineered, fabricated and shipped, according to Michael Stresemann, the SPA's senior director of crane and equipment maintenance.

Other upgrades at Wando Welch include 24 new rubber-tired gantry cranes, a separate chassis yard and a new terminal operating system.

Also, the Army Corps of Engineers is spending $558 million from state and federal funds to deepen Charleston Harbor to 52 feet to handle the heavier containerships at low tide.