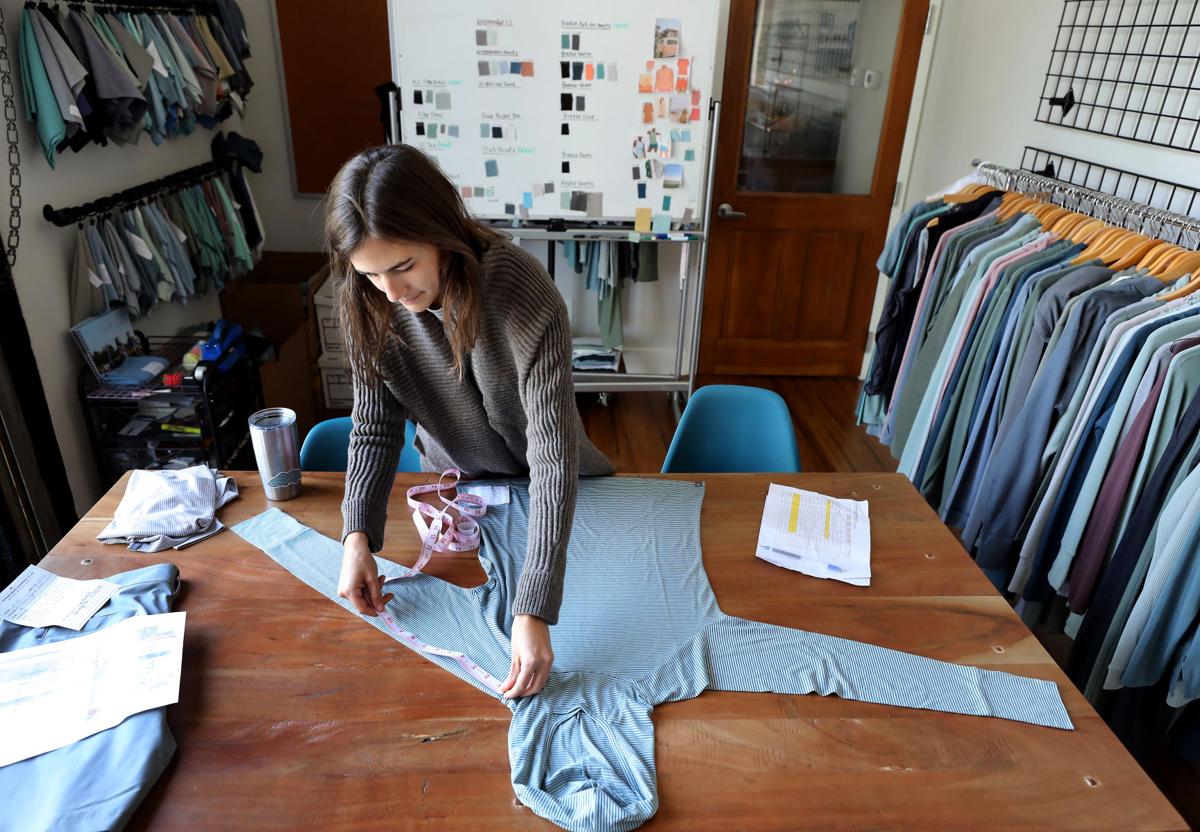 McKenzie Tate works with Free Fly clothing products at the Meeting Street office in Charleston. The apparel company plans to double the size of its offices by the end of next year. Grace Beahm Alford/Staff 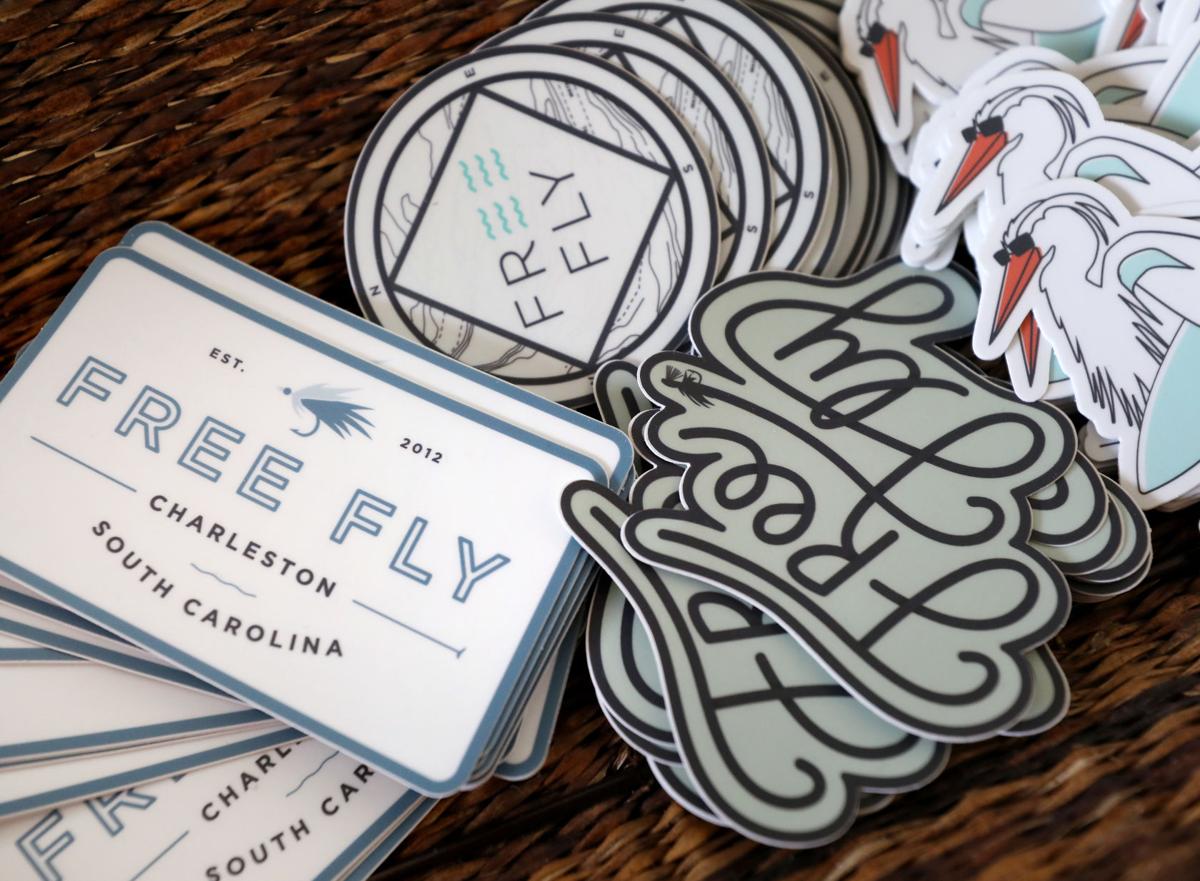 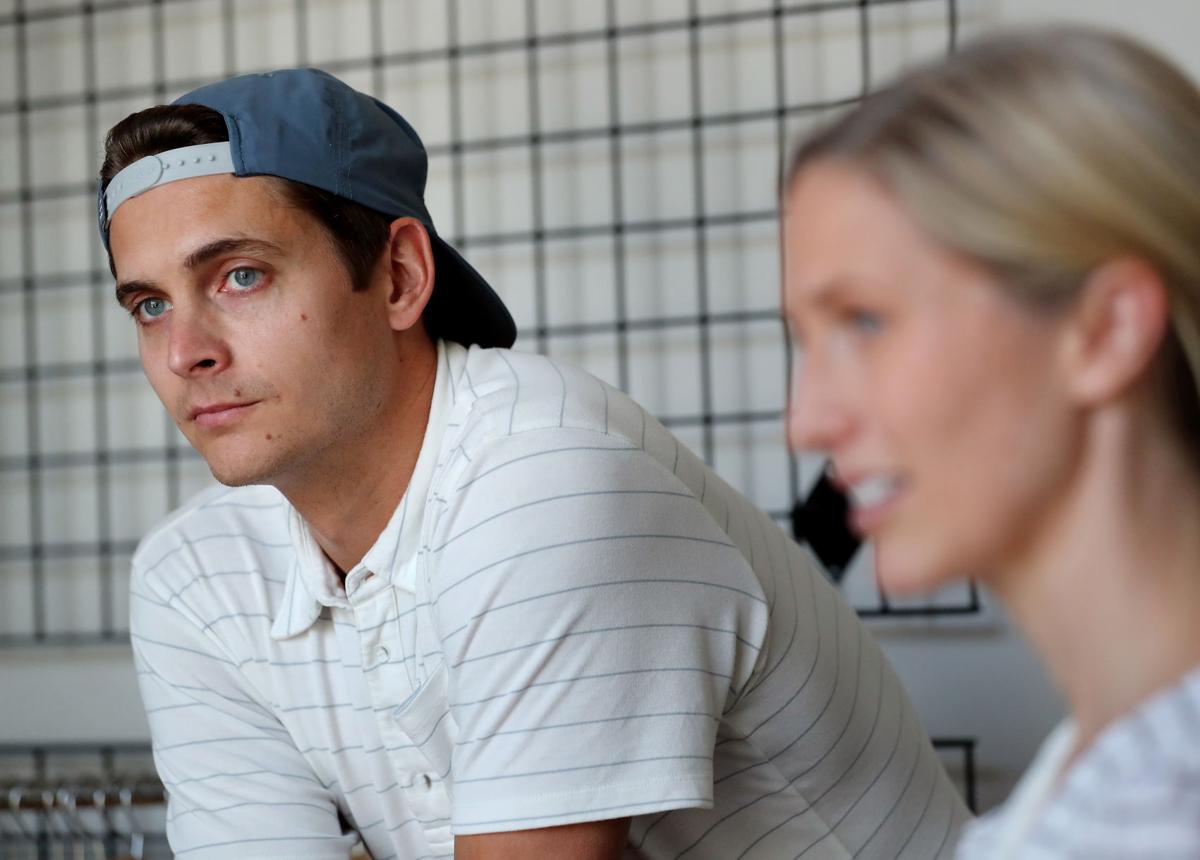 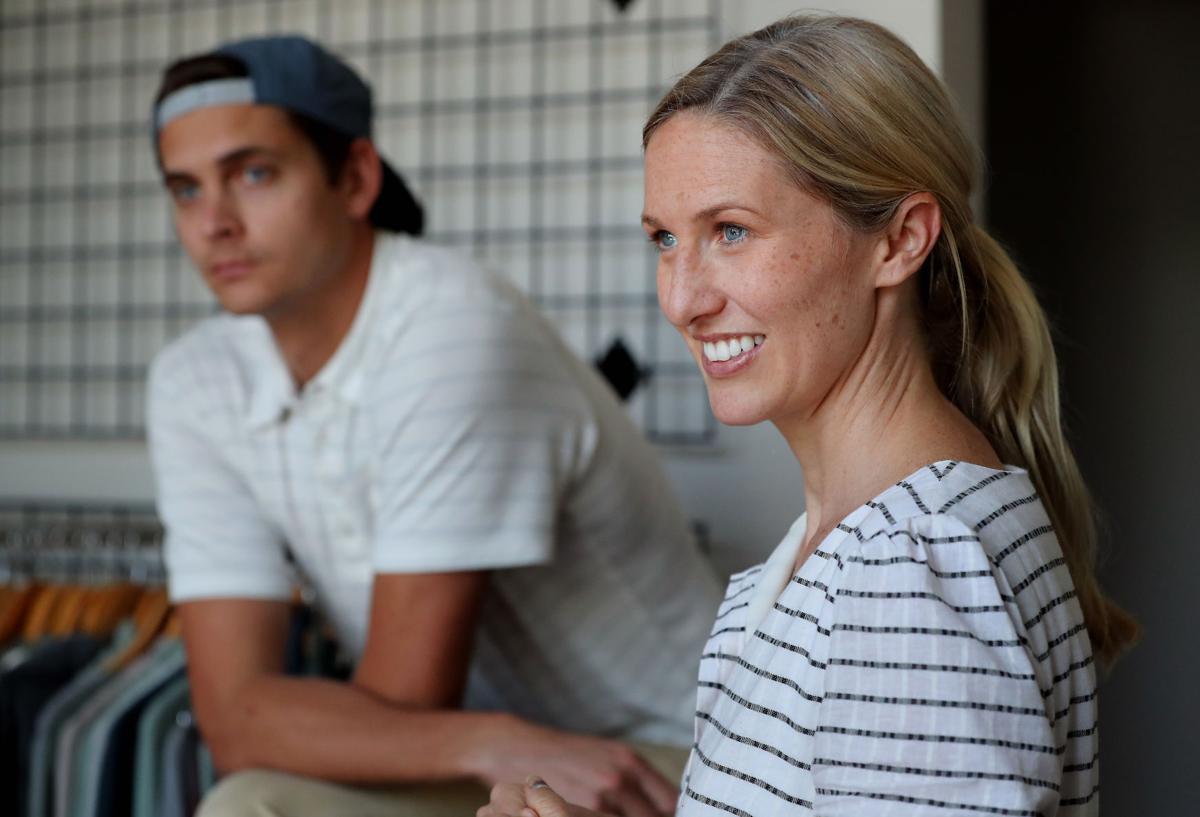 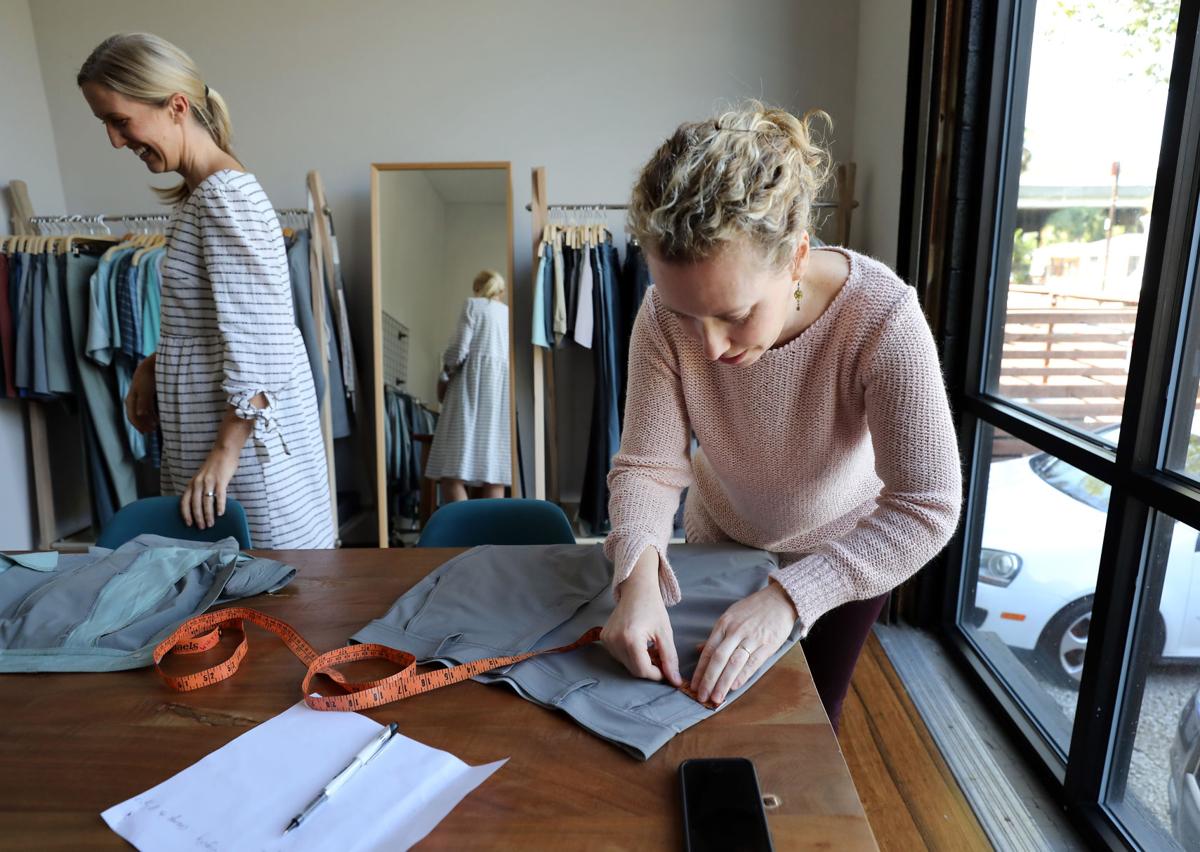 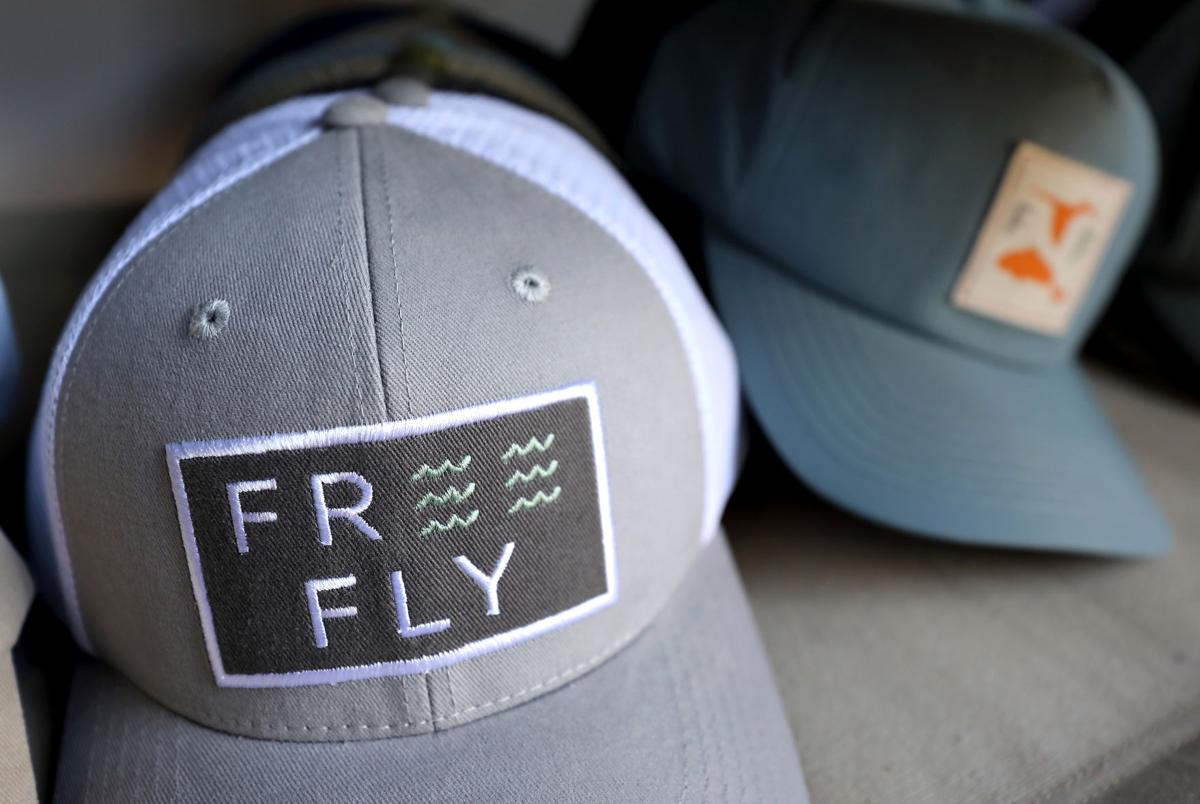 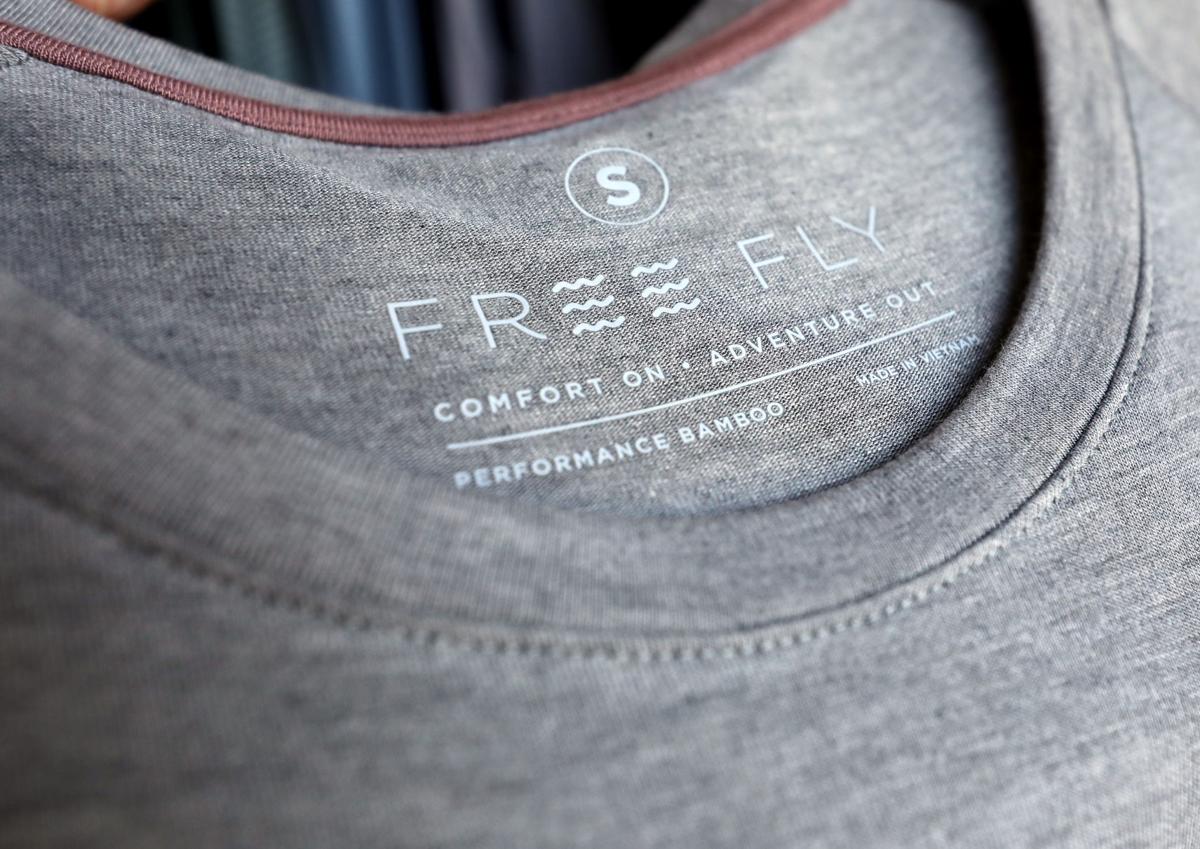 Free Fly is a Charleston-based outdoors apparel brand. The company plans to expand its Meeting Street office and add more employees over the next year. Grace Beahm Alford/Staff 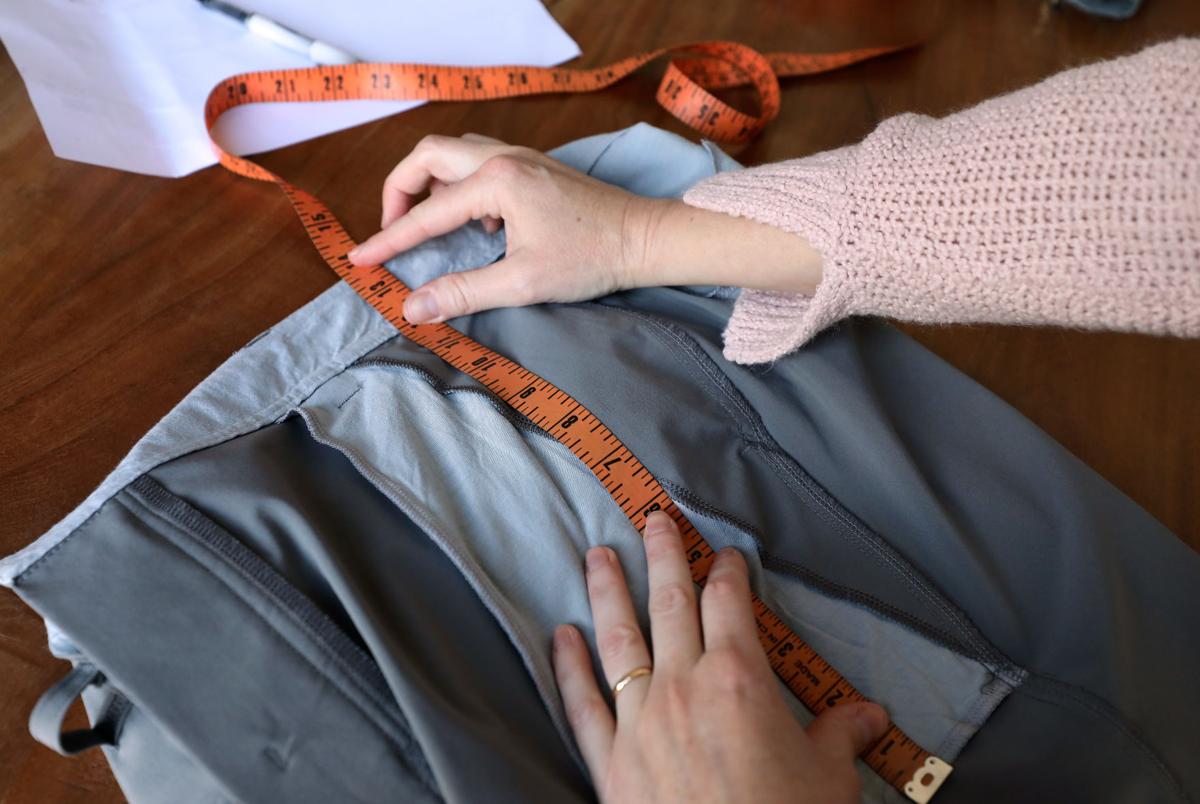 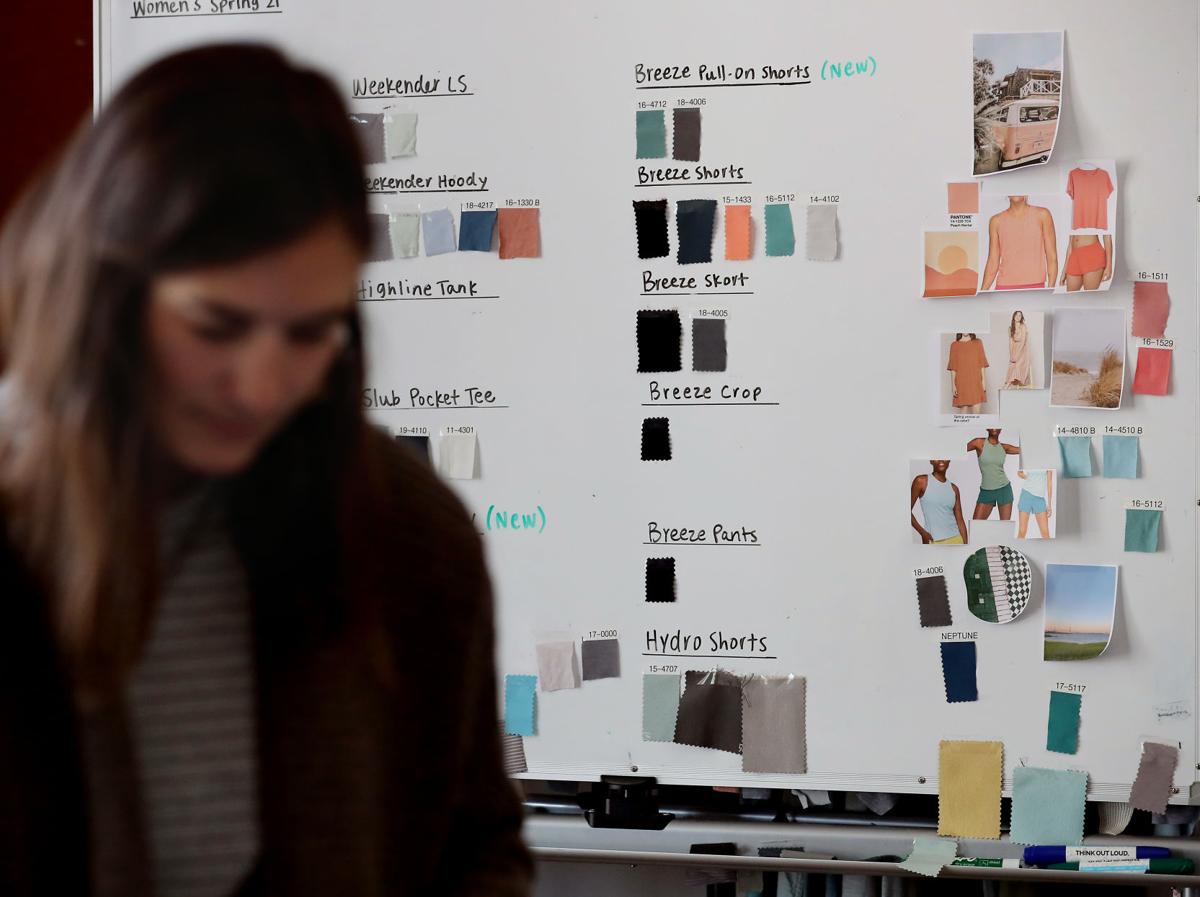 Free Fly apparel company is planning for its newest line for spring 2021 at its office in Charleston. Grace Beahm Alford/Staff 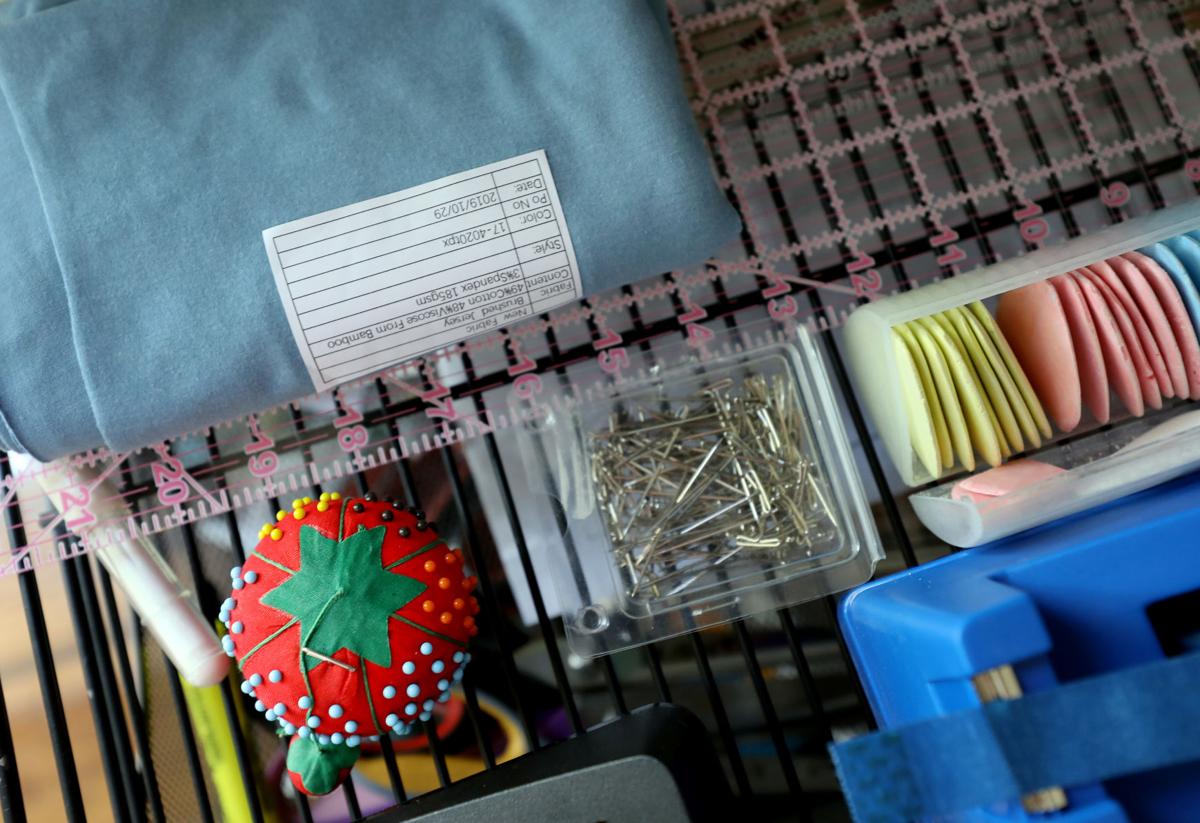 Tanner Sutton, his sister Jenna Elliot and her husband Austin Elliot are the three co-owners at Free Fly, a Charleston-based outdoors apparel company that is expanding its Meeting Street offices in Charleston. Grace Beahm Alford/Staff 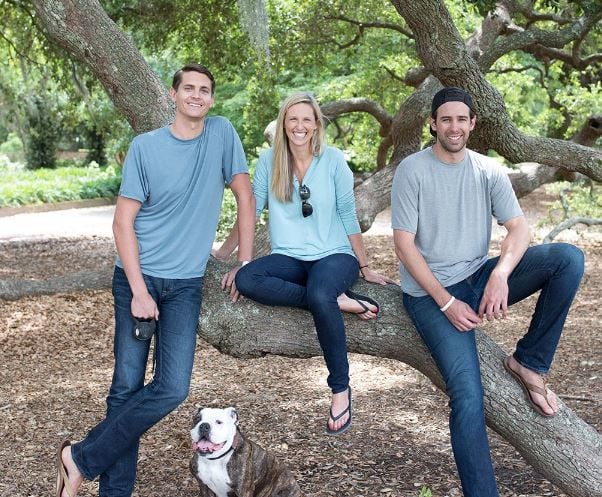 McKenzie Tate works with Free Fly clothing products at the Meeting Street office in Charleston. The apparel company plans to double the size of its offices by the end of next year. Grace Beahm Alford/Staff

Tanner Sutton, his sister Jenna Elliot and her husband Austin Elliot are the three co-owners at Free Fly, a Charleston-based outdoors apparel company that is expanding its Meeting Street offices in Charleston. Grace Beahm Alford/Staff

As a Montana fishing guide, Tanner Sutton felt like all of the shirts catering to anglers were weighing him down.

"I worked in heavy, expensive clothing befitting a professional," the avid outdoorsman said. "I may have been on the water, but my shirt weighed on me like a suit. By the end of each day, my outfit stuck to me like plastic wrap."

So he started looking into fabrics as soft as college T-shirts but also something lightweight that performed well. "Comfort and simplicity" became the goal.

After a brutal winter in Montana, he decided to pack up and drive to Charleston, where there is plenty of water all around and he found the weather a bit more hospitable — even in the sultry summer — than the northern Rockies in the winter.

The one-man operation called Free Fly that started out of Sutton's Mount Pleasant condominium and car trunk has now grown to 30 different styles of clothing, 16 employees and is on the cusp of nearly doubling the size of its office space on Charleston's upper peninsula. More workers could be added down the road, as well.

Free Fly plans to grow its Meeting Street space of 2,400 square feet of administrative offices for sales, marketing and product design into an addition of 2,266 square feet along the back of the building off Indian Street.

"The prime purpose is growth for more meeting rooms and work space," said Austin Elliot, Sutton's business partner and brother-in-law. "The goal is not to affect the operations during construction, but there will probably be some disruptions."

The addition will include showers and amenities to support active lifestyles of the firm's workers.

Sutton's sister, Jenna, who's also Elliot's wife, is also a partner in the business, but all three of them didn't start out together.

Jenna and Austin worked at Nike headquarters in Portland, Ore., where they met and later married, but Sutton kept in touch with them, while in Montana and after moving to Charleston while he looked into fabric blends.

Jenna and Tanner's father was from North Carolina and his family often visited the Hilton Head area, so he was familiar with Charleston and the South Carolina Lowcountry.

After about 18 months of research and development, Tanner Sutton came across an unlikely plant he thought would fit his needs: bamboo.

Combined with a touch of quick-dry material, the fabric, he said, was sustainable, soft as butter, lightweight, odor-resistant, moisture-wicking and ultra-violet rays protective.

It was "purposeful, uncomplicated and free to go with the flow," Sutton said.

But it didn't come without some setbacks. He originally tried to source the material in the United States. When it arrived through a Georgia supplier, it had holes in it, his sister said.

"That was a disaster," Jenna Elliot said.

So Sutton turned to his parents, who had operated a T-shirt company while he was growing up. They had a family connection in Taiwan, who helped them land sources from China, where bamboo is plentiful.

He spent the next six months traveling up and down the East Coast to trade shows and shops, hearing a lot of rejections. But he labored on.

By 2012, Sutton discovered a niche, offering custom printing for specialty fly shops. He partnered with 50 independent retailers and worked with three sales representatives. After customer feedback, he decided to expand his offerings.

The next year, while his sister and her husband were visiting Charleston, he asked them to leave their product marketing jobs at Nike and join him in his new venture.

"It was a lot to ask," Sutton said. "But they took the risk and went all-in on a new family business, inspired by the sense of freedom and love of the outdoors that guided us as kids."

He had been operating out of a condo in Mount Pleasant, but when his sister and her husband arrived, they opened a small office off Ben Sawyer Boulevard. They later moved to a 3,000-square-foot office space in a warehouse off Clements Ferry Road in Berkeley County.

In 2016, they were having lunch on the upper peninsula when they saw a corner house at Meeting and Indian streets on the market and decided they wanted to buy it and move their offices there.

The next year, they outsourced the fulfillment center to a firm in Raleigh, but the growth in sales eventually forced them to find a larger place to fill orders. It's now handled in Dallas.

While Free Fly doesn't have a name-brand retail brick-and-mortar shop, its products can be found at more than 300 retail stores nationwide.

But don't look for them on Amazon or at the big-box outdoor retail shops such as Dick's Sporting Goods or Cabela's.

"They have asked but we turned them down," Austin Elliot said. "Once you start selling to big boxes, they start wanting big discounts."

The three co-owners prefer to stay in small, independently owned shops where they can control their product offerings and sales.

In the Charleston area, the Free Fly brand can be found at Half-Moon Outfitters, Shades, Grady Ervin & Co., Sewee Outpost, Time Out Sports, and SeaCoast Sports and Outfitters on Kiawah Island. Prices range from $19.95 for hats, T-shirts and accessories to $89.95 for fleece pieces.

"Their products perform extremely well," said Beezer Molten, owner of North Charleston-based Half-Moon Outfitters, which has been carrying the Free Fly brand for about five years in its eight stores across South Carolina and Georgia.

"It's a case study in staying true to what they are," Molten said. "It's simplicity and quality across the board, from Instagram to branding to their products."