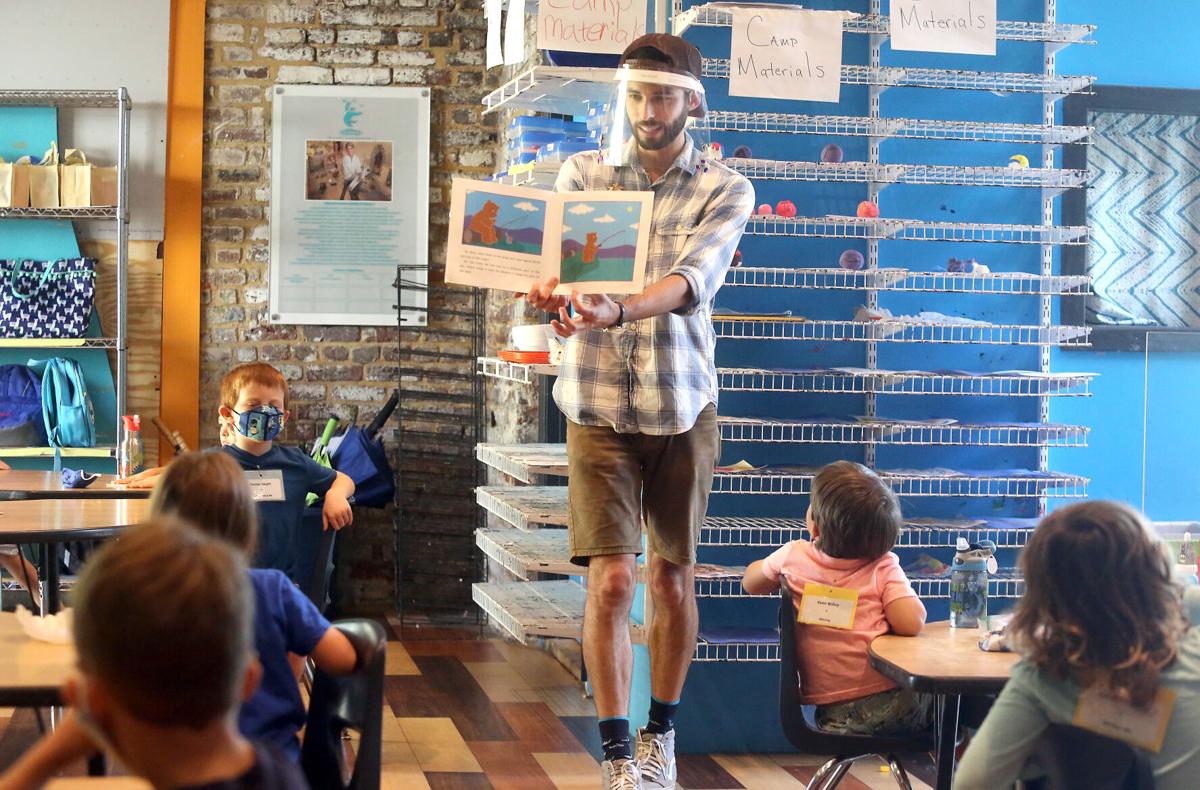 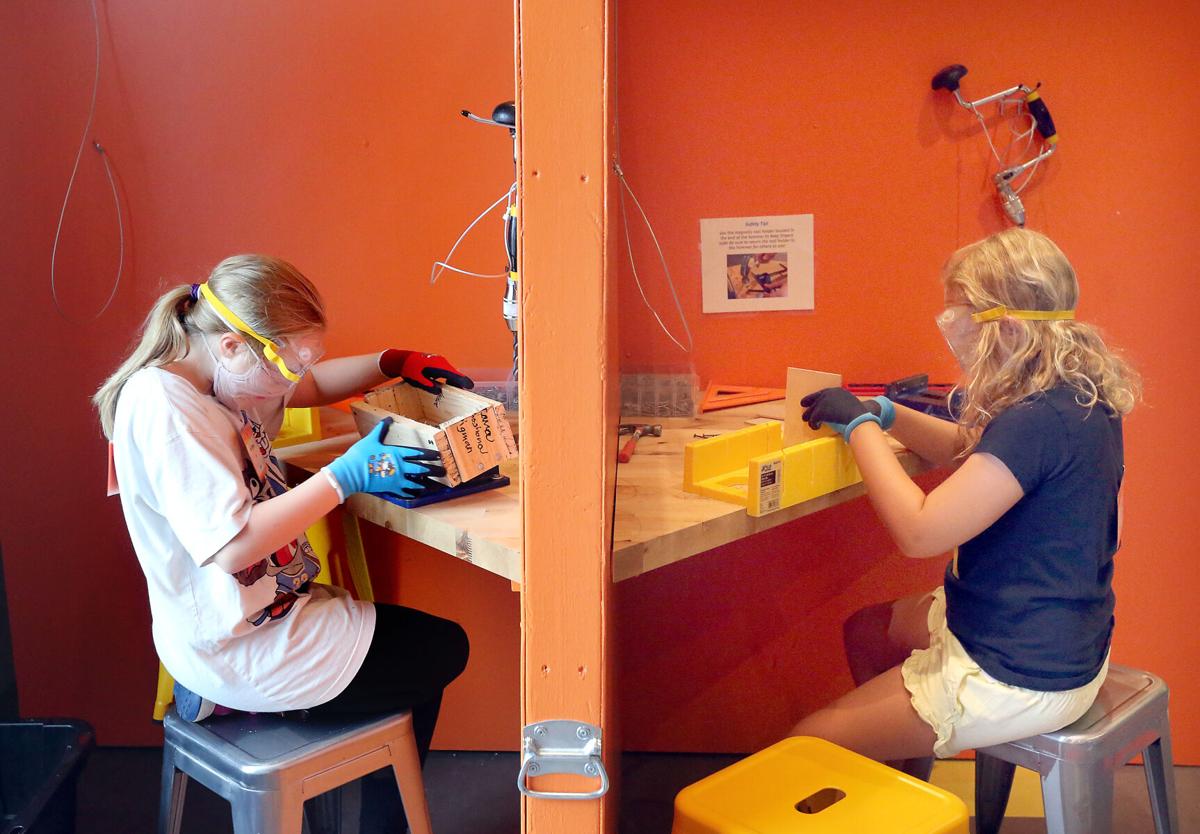 Campers at the Children's Museum of the Lowcountry learn to build wood boxes in the Bright Lab on Thursday, August 20, 2020. Brad Nettles/Staff 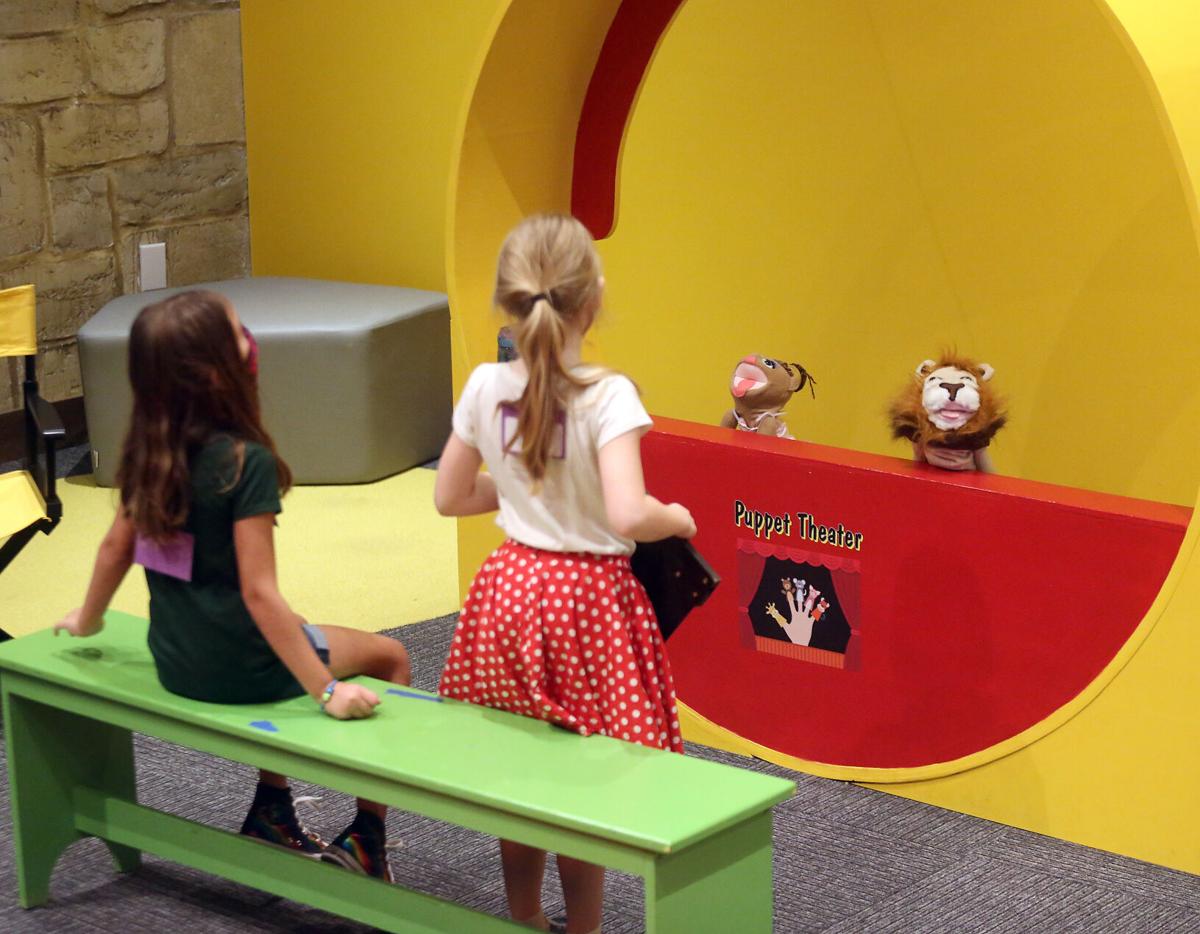 Campers at the Children's Museum of the Lowcountry watch a puppet show put on by other campers Thursday, August 20, 2020. Brad Nettles/Staff 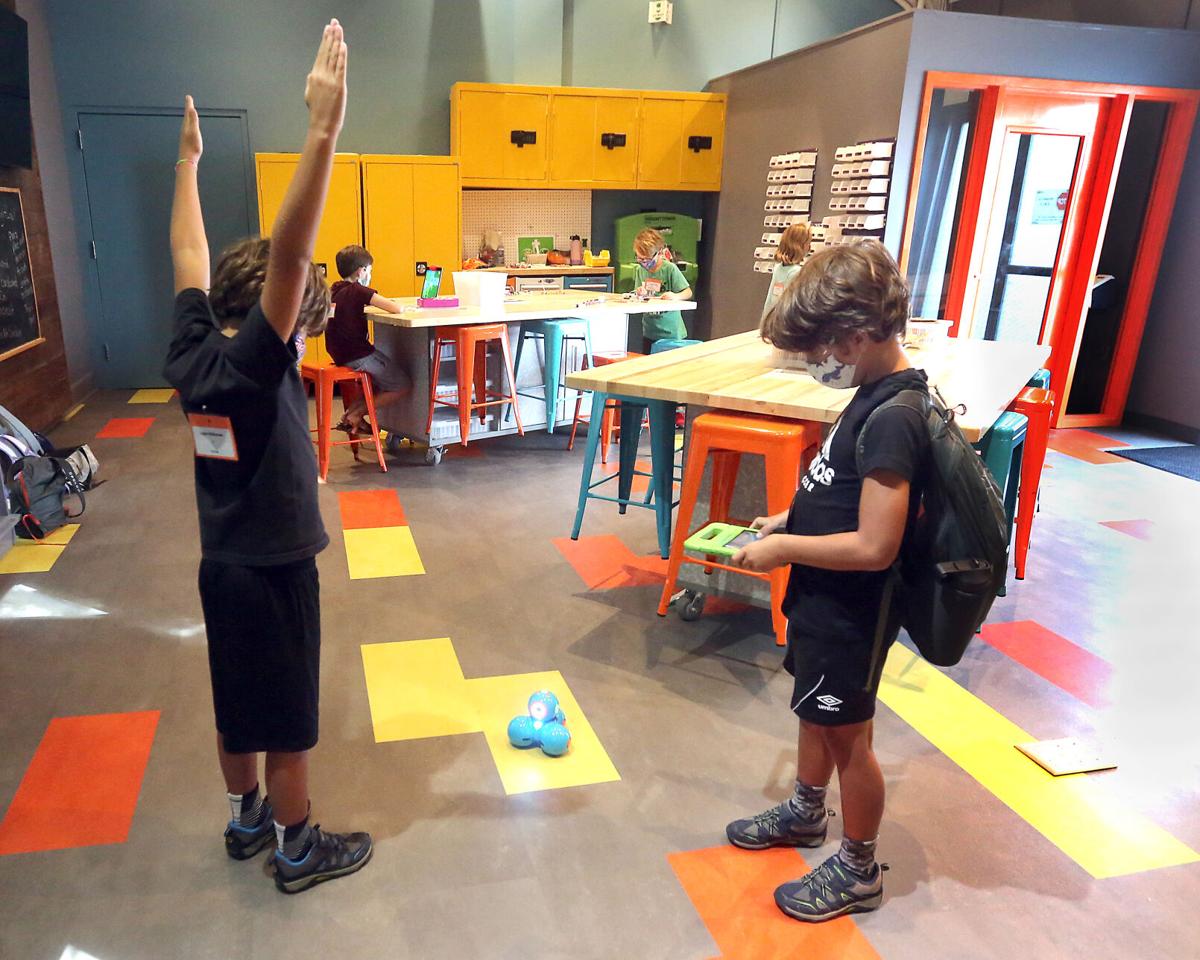 Campers at the Children's Museum of the Lowcountry play high tech electronics in the Bright Lab Thursday, August 20, 2020. Brad Nettles/Staff

It's difficult to safely reopen a museum during a pandemic.

It's even more difficult if that museum is a children's museum, full of exhibits that are meant to be touched and explored.

The entire Children's Museum of the Lowcountry in downtown Charleston is "based on exploration with the hands and body," executive director Nichole Myles said.

Because of that, the museum has always been diligent about sanitizing, Myles said, but the coronavirus pandemic has raised all-new questions. Phrases like "hands-on learning" that used to read like a selling point sound very different in 2020.

That means the very same things that have made children's museums unique and valuable are now making it highly complicated for them to reopen. And, since most of these institutions are small, locally-focused and tend to operate on thin margins, the financial situation for some doesn't look good.

Laura Huerta Migus, director of the Association of Children's Museums, said more than half of the association's member museums remained closed as of last week.

One of their members, the Orpheum Children’s Science Museum in Champaign, Ind., has already shuttered permanently.

The Children's Museum of the Lowcountry, though it's opened its doors only for summer day camps and limited "play dates" so far, is counted among the 135 ACM members that are open in some capacity.

Another 175 children's museums are still closed to any kind of physical visits, Huerta Migus said. That means they've gone five months without any kind of revenue and have lost their most profitable spring and summer periods. The fall isn't likely to bring in the typical wave of field trips, either.

As much as 30 percent of all children's museums may be forced to close because of the financial strains of the pandemic, Huerta Migus predicts.

It's common for children's museums to have operating budgets that are 60 percent earned revenue — that's the money they get from ticket sales, field trip and camp fees and other visitation-based revenue — with the other 40 percent coming from sponsors and donors, Huerta Migus said.

Charleston's children's museum has traditionally leaned even more heavily on admissions than that. The ratio is closer to 80 percent and 20 percent.

These institutions are "traditionally financially lean organizations," Huerta Migus said. And while that's worked for many years, the pandemic has thrown them into a situation they never could have expected.

"Our museums are walking a very fine line between being affordable and available to families and being a solvent organization," Huerta Migus said.

At Charleston's children's museum, regular admission is $10 for South Carolina residents and $12 for non-residents, but it costs the museum about $14.80 per person per visit, Myles said.

That isn't counting the extra costs incurred from new sanitizing protocols. Ticket prices have always operated at that deficit.

Many families are also charged much lower prices to help give greater access to the museum's resources. A family that receives SNAP benefits, for example, can pay $1 for one-day admission for up to six people.

"Our model is, we take the dollars we earn and we put them right back in the community," Myles said. "But that cycle has been broken for us."

Without any substantial revenue to speak of, Myles said they're relying now more than ever on donations. That comes with some unique challenges, too, she said.

A children's museum's primary audience is young families who don't often have the funds to make donations and may not maintain a relationship with the museum after their children get older.

"We're the first museum experience many families have, but then they graduate from us," Myles said.

The museum has been able to raise a substantial amount of funding in the last couple of years for its "Make & Believe" capital campaign, but those funds are specifically flagged for new exhibits, not day-to-day operating dollars, Myles said.

Another major funding source — dollars from the city and county that are drawn from taxes on tourists' hotel stays — also isn't coming this year.

Because of the ripple effect of the drop in tourist traffic to the region, the children's museum is one of about 40 attractions, arts organizations, festivals and local governments that are receiving $0 in accommodations tax funds, or A-tax, from Charleston County this year.

It's also likely the museum won't see most of the about $100,000 it was supposed to receive from the city in A-tax.

Like other designated A-tax recipients, Myles received a disheartening but not unexpected letter in June letting her know that the final three quarters of payments wouldn't be sent on schedule and might not be paid at all.

Meanwhile, the building the museum is housed in, a city-owned train shed on Ann Street that was built in 1859, is constantly in need of the kind of costly repairs one would expect for a more than 160-year-old structure.

So, they've had to get creative, Myles said.

This fall, the children's museum will be running a "Schoolseum," which will give about 30 local families the option of sending their child to the Ann Street museum to complete their virtual school work in a small, in-person setting with the help of museum staff.

The cost is $275 per week, and the museum is also offering after-school child care.

In Greenville, the Children's Museum of the Upstate is offering a similar service with its "Museum School" this fall.

Because of the museum's size — the physical space there is about 10 times the square footage of the Lowcountry museum — they'll be able to be open for regular visits and operate the Museum School simultaneously, said museum spokeswoman Jessie Cappello.

The Upstate museum reopened to the public last month, and the amount of space they have is a big part of that, Cappello said. Families can pretty easily distance themselves from other groups, and they were able to make some small changes to exhibits, like removing hard-to-sanitize plush toys.

Admission is below normal levels, but that was expected, she said.

Just being open to the public at all, especially without the timed visits that so many smaller children's museums have had to implement to ensure visitors stay distanced, makes the Upstate museum a bit of an outlier.

For whatever kind of opening strategy member museums are pursuing right now, "success looks like breaking even," said Huerta Migus of the ACM.

While children's museums are "proud to be nimble and scrappy," Myles said, the financial setbacks of the last several months may be more than creativity can solve.

"We're continuing to support our staff, and we're supporting the community," Myles said. "But we have to ask ourselves, how much longer can we do this?"