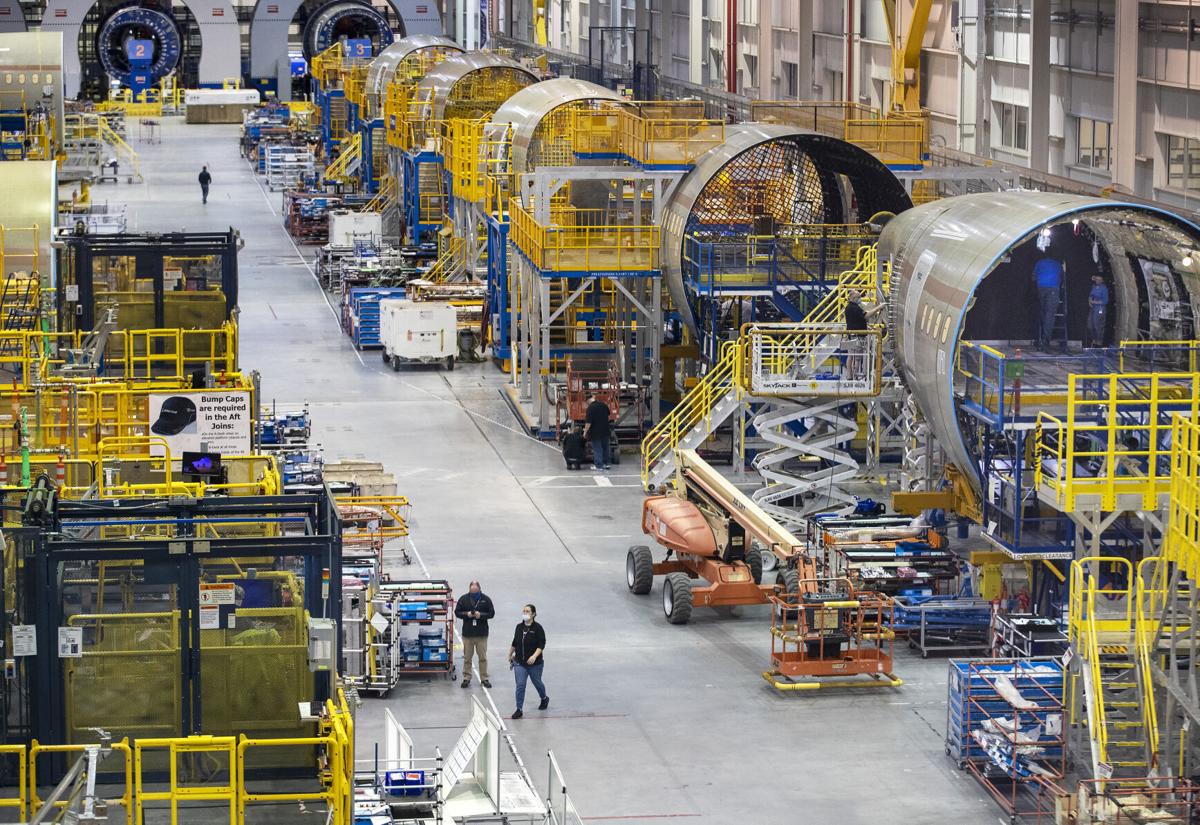 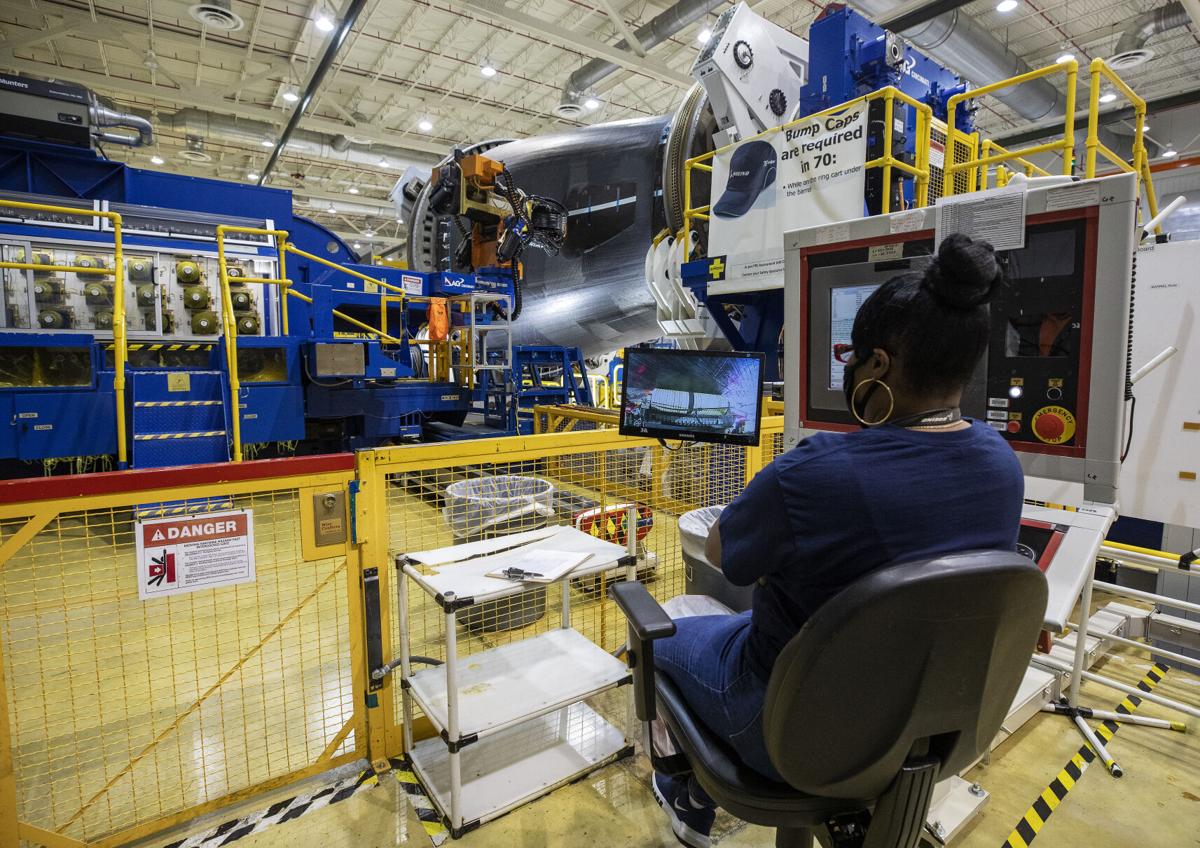 Aiming to be more transparent about its diversity efforts, Boeing Co. has released a report detailing the race, gender and other aspects of its labor force, including at the company's 787 Dreamliner campus in North Charleston. Grace Beahm Alford/Staff 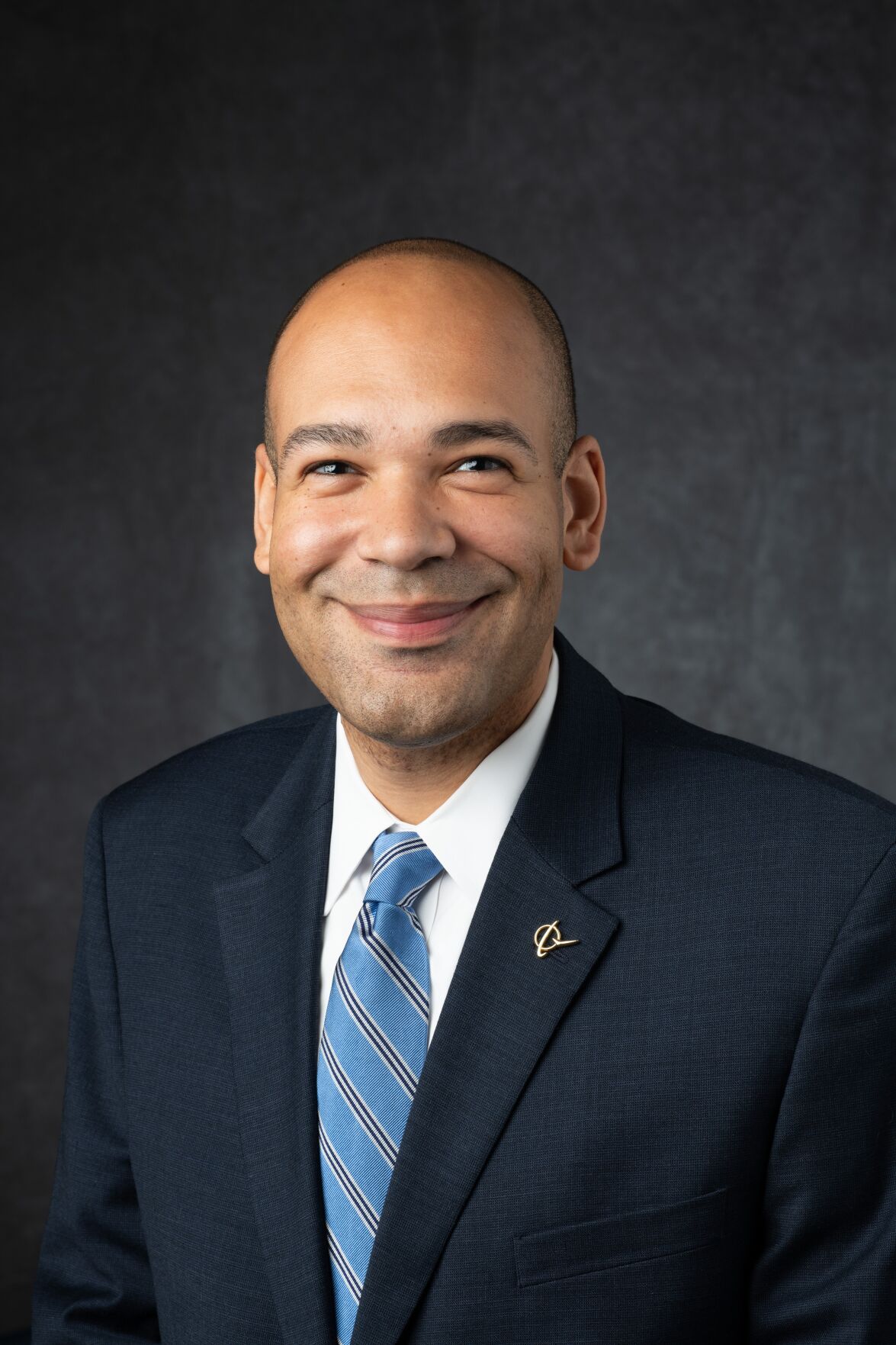 For the first time, aerospace giant Boeing Co. released data this year about the demographics of its workforce — information the company says it will continue to release annually as a way to build in accountability for its own goal of making its labor force more diverse.

The report points to Boeing's South Carolina operations where, earlier this year, the 787 Dreamliner program was consolidated, as a place where Boeing sees a unique opportunity to develop more diverse talent.

With the release of the inaugural set of diversity data, CEO Dave Calhoun put out a statement describing the initiative as a "business imperative" for Boeing. The data were being shared "because transparency will help drive shared accountability," Calhoun said in the statement. Those metrics shared were the rates of representation by gender, race and ethnicity and veteran status.

The data in the report were described as "incomplete" in that some aspects of diversity were not measured. There wasn't a metric, for example, of how many employees identify as LGBTQ+.

Calhoun wrote that the newly-released demographic data show Boeing is "on par with the aerospace industry," a sector that's long been largely White and male, and the company is not where it wants to be.

Tommy Preston, National Strategy and Engagement Director for Boeing, told The Post and Courier in an interview that the data in the report didn't surprise him, but what was surprising to him was "how aggressive the company was willing to go to address" diversity and inclusion-related issues.

"We've been talking a lot internally about not just settling for status quo, not just saying that we are on par with others in the industry," said Preston, who's a South Carolina native and serves on Boeing's Racial Equity Task Force. "We know we need to do better."

One measure — the representation rate for Black Boeing employees in the U.S. — has been tied to a specific numerical commitment made by Boeing leaders. The manufacturer set a goal of increasing that rate 20 percent by 2025. As of this first report, about 6.4 percent of Boeing's U.S. employees are Black.

If that goal for overall representation for Black employees is achieved, the share of Boeing employees who are Black will be less than 8 percent.

Close to a third of Boeing's workers in the U.S. are minorities, but minority employees make up a smaller share of executives and managers, about 21 percent and 23 percent, respectively.

Boeing's workforce is predominantly male. Women make up about 23 percent of the company's total workforce and 17 percent of engineers.

The aerospace sector as a whole still has a long way to go in providing a more welcoming environment for women, according to a 2020 survey commissioned by the Women in Aviation and Aerospace Charter. Roughly half of women surveyed working in aerospace said they felt they had been treated differently due to their gender. For males, that dropped to roughly a fifth.

Data for Boeing's report was gathered in December 2020. By that time, Boeing's workforce had already significantly shrunk after waves of coronavirus pandemic-induced layoffs last year.

When Boeing updated site-by-site worker headcounts early this year, it had shed more than 20,000 jobs since the previous annual tally. South Carolina's total was down by more than 1,160 employees, a roughly 17 percent decline that knocked Boeing out of its No. 1 spot among the largest private sector employers in Charleston County.

Boeing's SC operations down 1,163 jobs after year of buyouts, layoffs amid pandemic

Boeing's facilities in Philadelphia, the Puget Sound and North Charleston were highlighted in the diversity report, each with a specific "challenge" they're dealing with related to diversity and inclusion.

In Philadelphia, Black and female representation was below average in several areas, the report said. In the Puget Sound, the survey showed employees' "perception of support for diverse talent" was below the company average.

The North Charleston site was described as offering "opportunities to develop diverse talent."

Given how comparatively young Boeing's South Carolina operations are, there's a desire to "do things a little bit differently" than at other Boeing sites, Preston said. The planemaker has been around for more than a century, but its presence in the Lowcountry only dates back to 2009.

Boeing's South Carolina site outperforms companywide diversity averages in a few areas. Those include the representation of female executives and engineers and racial and ethnic minorities' representation in manufacturing and management, a spokesperson said in a statement. A few areas they're working on improving at the North Charleston campus are the rates of women working in manufacturing and racial and ethnic minorities holding executive roles.

"We are diverse, and, in addition to the fact that we are currently diverse, we are constantly thinking about the future," Preston said of Boeing's local outpost.

Along with efforts to improve representation rates, the report addressed a need to make the company's culture more inclusive and to "confront racism head-on."

Calhoun also disclosed this spring that 65 Boeing employees were fired and 53 more were disciplined companywide for "being a part of racist, discriminatory or otherwise hateful conduct" from June 2020 through mid-April 2021. The report did not break out such disciplinary actions by location.

Back in June, in a statement about the death of George Floyd, the chief executive had promised a "zero tolerance" policy for "bigotry of any kind."

The aerospace giant has been confronted with complaints of discrimination in the workplace, including a report in 2019 from a Black employee at the North Charleston campus who said co-workers hung a noose over his desk. A racial discrimination suit was filed in connection with the incident but later dismissed.

Boeing acknowledged that a noose was found in the aft-body section of the factory but denied all other allegations made in the case. The worker found responsible was fired.

The Racial Equity Task Force, which Preston described as a kind of "long-term think tank," is focused on things like retention, addressing racial bias and improving work experiences for Black employees. A lot of the work of the last year has been having direct conversations with workers about race, racism and their experiences at the company, he said.

Those talks will continue, Preston said, and, next spring — and every year after if Boeing follows through on its pledge — the company will post a publicly available check-in on how it's doing.

"I think that is what's encouraging about this entire process is that people a year from now will be able to see whether or not we lived up to our expectations and whether or not we did what we said we were going to do," he said.

That's a level of accountability people haven't seen from Boeing before, he said.