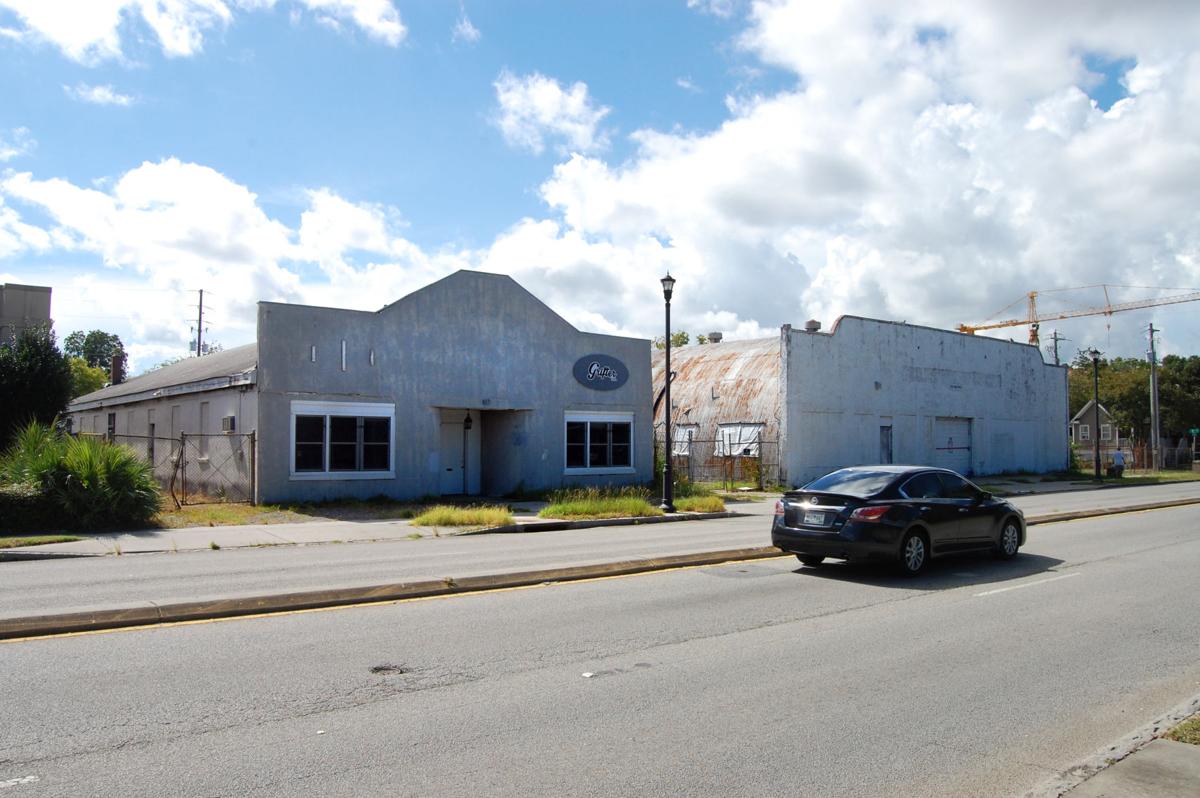 A hotel could replace the empty building, left, at 547 Meeting St. The warehouse and empty lot to the north are also set for revitalization. Dave Munday/Staff 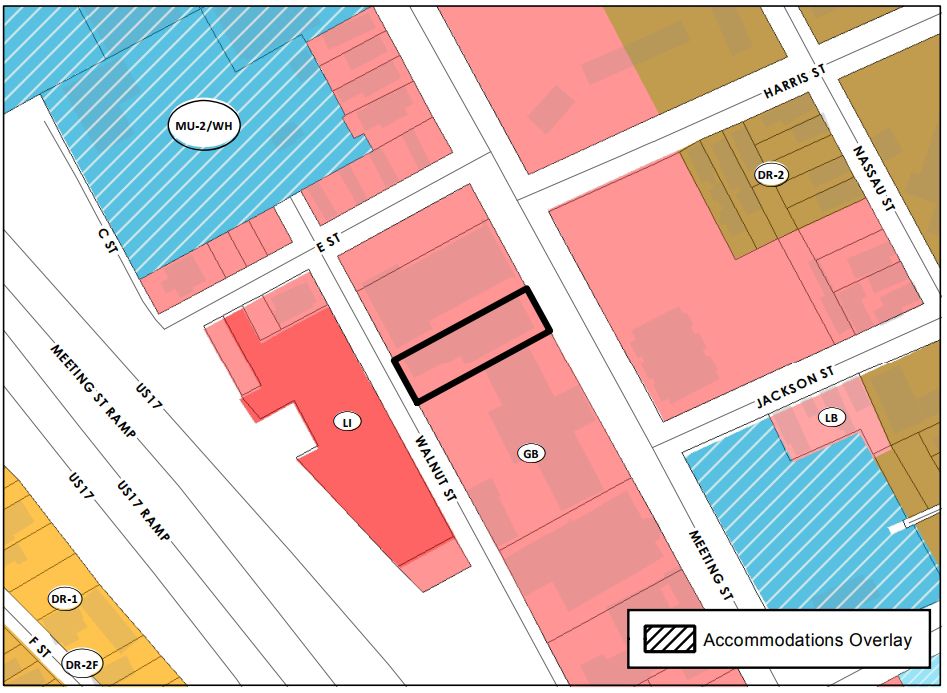 The rectangle marks 547 Meeting St. The blue areas indicate nearby properties that are included in the city's accommodations overlay. City of Charleston Department of Planning, Preservation & Sustainability

A hotel could replace the empty building, left, at 547 Meeting St. The warehouse and empty lot to the north are also set for revitalization. Dave Munday/Staff

The rectangle marks 547 Meeting St. The blue areas indicate nearby properties that are included in the city's accommodations overlay. City of Charleston Department of Planning, Preservation & Sustainability

Another hotel could replace a dilapidated property in a rapidly changing section of upper Meeting Street.

The Montford Group of Charleston, which is already working on other projects in that area, is asking that 547 Meeting St. be included in the city’s accommodation overlay that defines where hotels can be built.

The property is an abandoned warehouse with a logo for Grifters on the front.

It’s a few blocks south of the entrance to the Ravenel Bridge, an area where cranes are busy on both sides of the street putting up new apartment buildings.

The request to include 547 Meeting in the accommodations overlay is scheduled go before the city's Planning Commission on Thursday. Then the zoning board would have to grant a special exception to allow it.

The plan is for a 105-room hotel aimed at visitors who are looking for a place in Charleston that’s not so expensive, according Montford Group CEO Sunju Patel. He envisions a property that touts technology rather than luxury for around $200 a night.

“There’s so much going on there in that block that’s been neglected for many years,” Patel said. “We believe in that area.”

The company bought the quarter acre at 547 Meeting in May for $1.1 million, according to Charleston County land records.

A group from New York bought an adjacent warehouse and empty lot to the north, totaling around three-quarters of an acre, the last of July for $2.95 million. Last month, the city’s Board of Architectural Review approved a request by 551 Meeting Street LLC to demolish the rear building and front wall but retain the Quonset hut-style warehouse structure. That gives Patel some confidence that the neighboring property will also be revitalized.

Patel has been in Charleston since 1999 and graduated from the College of Charleston. The company also lists 810 Meeting St., which is just south of Mount Pleasant Street near the Tattooed Moose, in its portfolio.

TMG is also a partner with CN Hotels of Greensboro on two hotels in West Ashley and one in North Charleston. A 112-room Courtyard by Marriott is under construction at 681 Orleans Road near its recently opened 112-room TownePlace Suites by Marriott at 805 Orleans Road. A 117-room Tru by Hilton is under construction on West Montague Avenue in North Charleston.