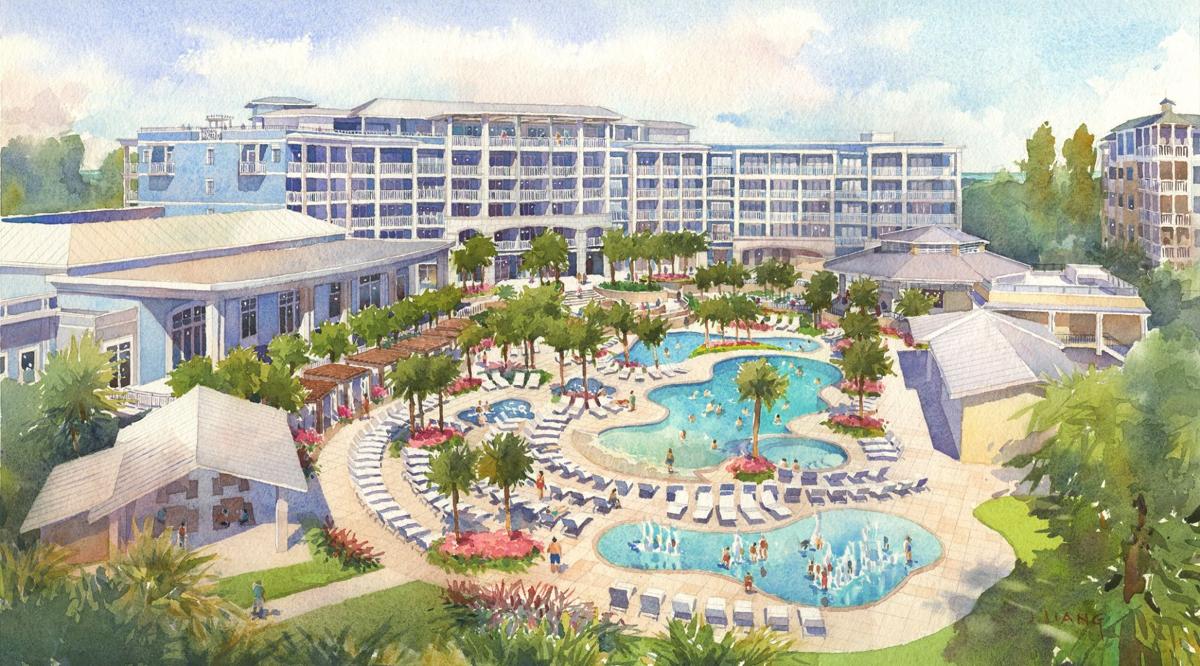 Members of the National Association for Women in Construction will participate in a hard hat tour of the new 150-room hotel being built at Wild Dunes Resort. Provided rendering/Lowe.

An image of the vacation rental site VBRO in August 2019. The town of Kiawah Island has proposed new rules for short-term rentals, like those listed on Airbnb and VRBO.

A Charleston-area community known for oceanfront golf and luxury vacation accommodations is writing new rules for rental properties listed on sites like Airbnb and VRBO.

The Town of Kiawah Island is now among the region's communities trying to regulate short-term rentals. The island's new rules came from a special town council committee and were scheduled to be up for first reading last week.

But that was before Hurricane Dorian closed in on the South Carolina coastline, canceling just about every public meeting for the week as an evacuation order took effect in the state's coastal counties and requiring all short-term rentals to be vacated by Tuesday night.

A rescheduled meeting date was not announced as of Friday.

Known worldwide as an upscale golf, tennis and beach getaway, Kiawah is about a 40-minute drive southwest of Charleston. It has fewer than 2,000 full-time residents. But tourists and part-time residents well outnumber year-round locals, bringing the population to as many as 10,000 vacationers during peak months.

The proposed short-term rental rules specify requirements related to parking, safety features and local property managers. It also designates a staggered cap on how many units can be located in different sections of the island.

The limits were assigned with the intention of "protecting residential character" in the town, said Stephanie Braswell, a spokeswoman for the town of Kiawah.

The town is broken into three residential zones. In the first, rental units would be capped at 20 percent of the dwellings and, in the second, 40 percent.

The third zone, which includes areas around Kiawah Island Golf Resort and its Sanctuary Hotel, would have no limit.

In the "Residential 1" zone, about 285 homes, or 16 percent of the dwellings, already have a license to operate as a short-term rental, according to the town. In the sector classified as "Residential 2," about a third of the 764 dwellings are licensed. To boot, those two areas have nearly another 800 home sites that have not been developed.

Two other coastal cities have both included caps in their short-term rental rules. In Mount Pleasant, rentals are being limited to 1 percent of the town's total housing stock, or around 400 units. In Beaufort, rentals where the owner doesn't live on-site are limited to 6 percent of the dwellings within a given neighborhood.

The city of Charleston didn't include a cap in its short-term rental rules, but it did put limitations on what properties could qualify, based on location. For example, homes in the Historic District have to be on the National Register of Historic Places to be eligible for legal short-term status.

Members of a local organization for women in the construction industry will get an early look at a new Charleston-area hotel next month.

The Charleston affiliate of the National Association of Women in Construction, which was chartered last August, is hosting its first-ever regional conference next month at Wild Dunes Resort in Isle of Palms. The conference will host 13 chapters from Virginia, North Carolina and South Carolina.

In addition to professional development workshops, guest speakers and training, attendees will have the chance to take a hard hat tour of the resort's new 150-room hotel, which has been under construction since February.

Expected to open to guests in 2021, the project includes a 3,000-square-foot rooftop venue and a new pool. Los Angeles-based Lowe, which is also building the 225-room Waterfront Hotel in downtown Charleston, has owned Wild Dunes since 1990.

As short-term rental rules tighten, one site changes how it does business in SC

VRBO, a competitor of sites like Airbnb, is now collecting and remitting vacation rental taxes in the state.