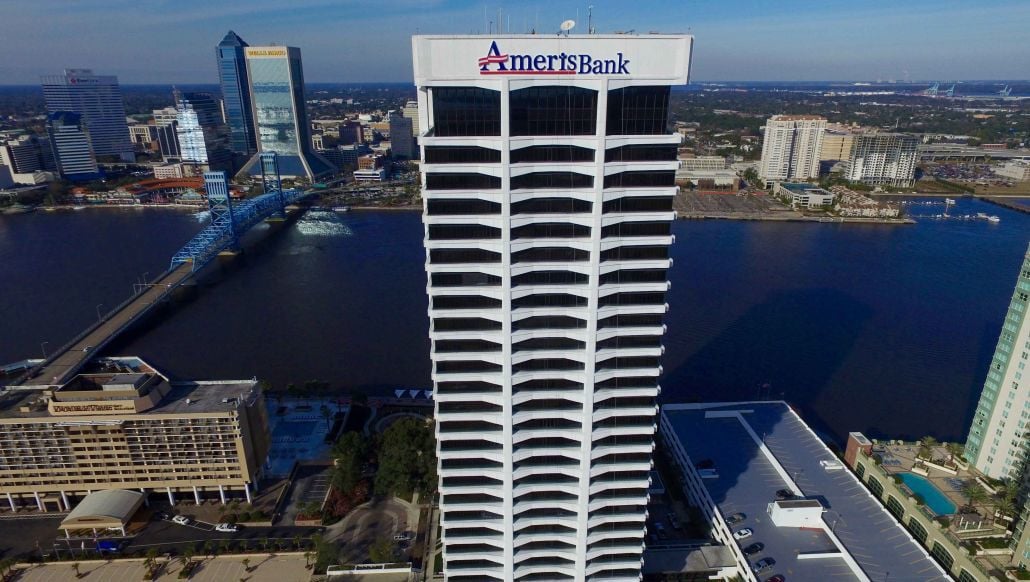 Ameris Bank is headquartered in Moultrie, Ga., but its  executive offices were moved to Jacksonville (above) a few years ago. Provided/Ameris Bank 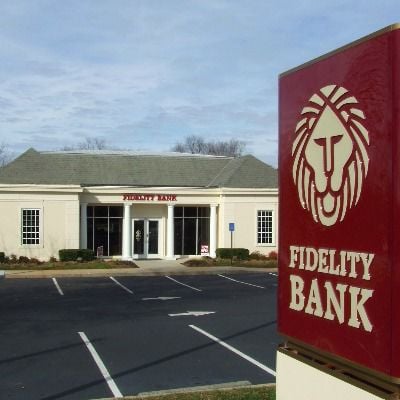 The new Ameris brand will incorporate the image of a lion that was part of the logo of a bank it acquired in July. Provided

The great rebranding movement rolls on through the Southeast financial services industry.

This time, it's Ameris Bank that's retooling its corporate image, though not to the extent of some of its competitors.

The community lender, which expanded into South Carolina from its hometown in southern Georgia more than a decade ago, is aiming for more of a tweak as opposed a full-blown transformation. For instance, the well-established Ameris name will stay put while the company's logo will be undergo some reconstructive surgery.

"The new look and feel will better represent the size and scope of the financial institution," Ameris said in announcing last week the forthcoming change.

The rebranding was prompted by Ameris' July 1 acquisition of Atlanta-based Fidelity Bank, a $750 million deal that added more than 60 branches and nearly $5 billion in assets to the acquirer's balance sheet.

It's also one of the first visible post-merger changes to come down the pike under new Ameris CEO H. Palmer Proctor Jr., a former Fidelity executive who took the reins of the newly combined lender when the sale closed last month.

“As we enter this exciting new chapter in our bank’s history, we want to refresh our brand to reflect our commitment to banking beyond convention,” Proctor said in a written statement Thursday.

The new look will be publicly revealed to customers within the next few weeks. It will incorporate Ameris' red, white and blue color scheme and "a renewed iteration" of Fidelity's lion logo.

Ameris, which has amended its name several times since its opening its doors in Moultrie, Ga., in August 1971, said it plans to begin updating its branch signage, ATMs, debit cards and website immediately after the unveiling next month.

While the bank has said the Fidelity purchase makes it the largest locally based community bank in the Atlanta market, it remains a secondary player across the border in South Carolina.

Ameris entered the Palmetto State in 2006 when it snapped up the parent of Beaufort's tiny Islands Community Bank for $19 million. It then nudged its way up the coast to downtown Charleston the following year by opening a branch on Archdalte Street.

Ameris now operates eight full-service branches and three mortgage loan offices in South Carolina, giving it a presence on the coast, the Midlands and the Upstate.

At last count, Ameris was ranked 20th in size among the roughly 80 banks doing business in South Carolina as of mid-2018. Its deposits totaled about $616 million, or a sliver of the statewide total, according to the latest government tally.

Ameris is the latest in string of Southeast financial institutions that have either tinkered with or completely revamped their corporate identities.

Past examples include Columbia-based South State, which was spawned in 2014 by the tie-up between SCBT and Charleston's First Federal Savings and Loan.

CresCom Bank was formed when its parent merged its Crescent Bank in Myrtle Beach with Charleston's CommunityFirst.

More recently, the National Bank of South Carolina brand gave way to Synvous, while the tiny Bank of Walterboro morphed into the Bank of the Lowcountry.

Perhaps the most extreme rebranding example is Truist, the made-up, head-scratcher of a name that regoinal heavyweights BB&T and SunTrust will operate under in South Carolina and other states by once they combine.