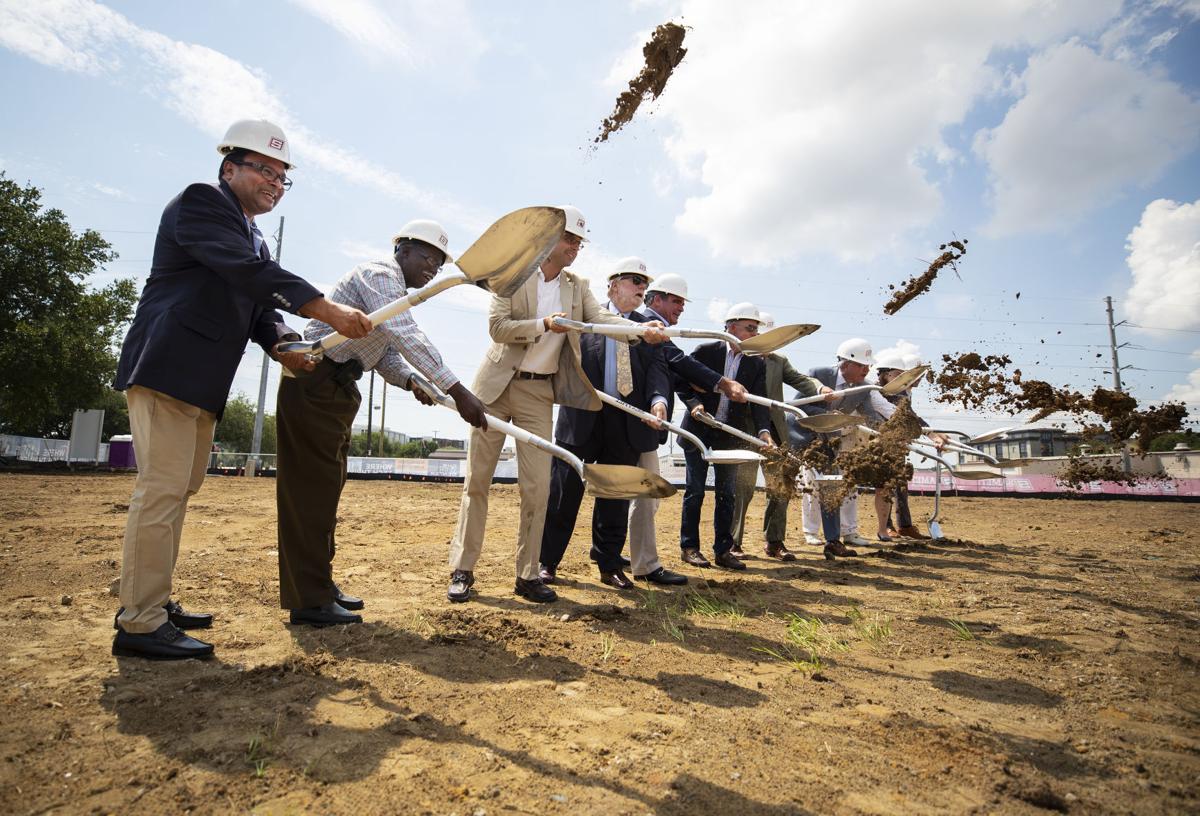 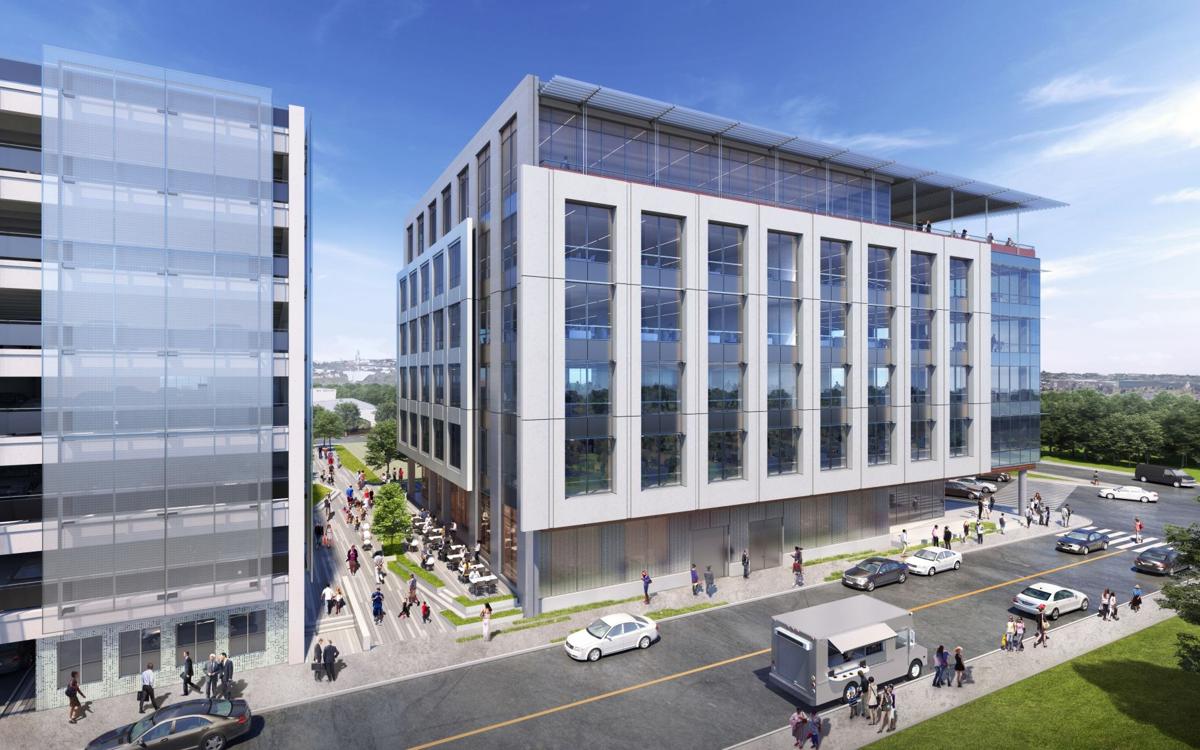 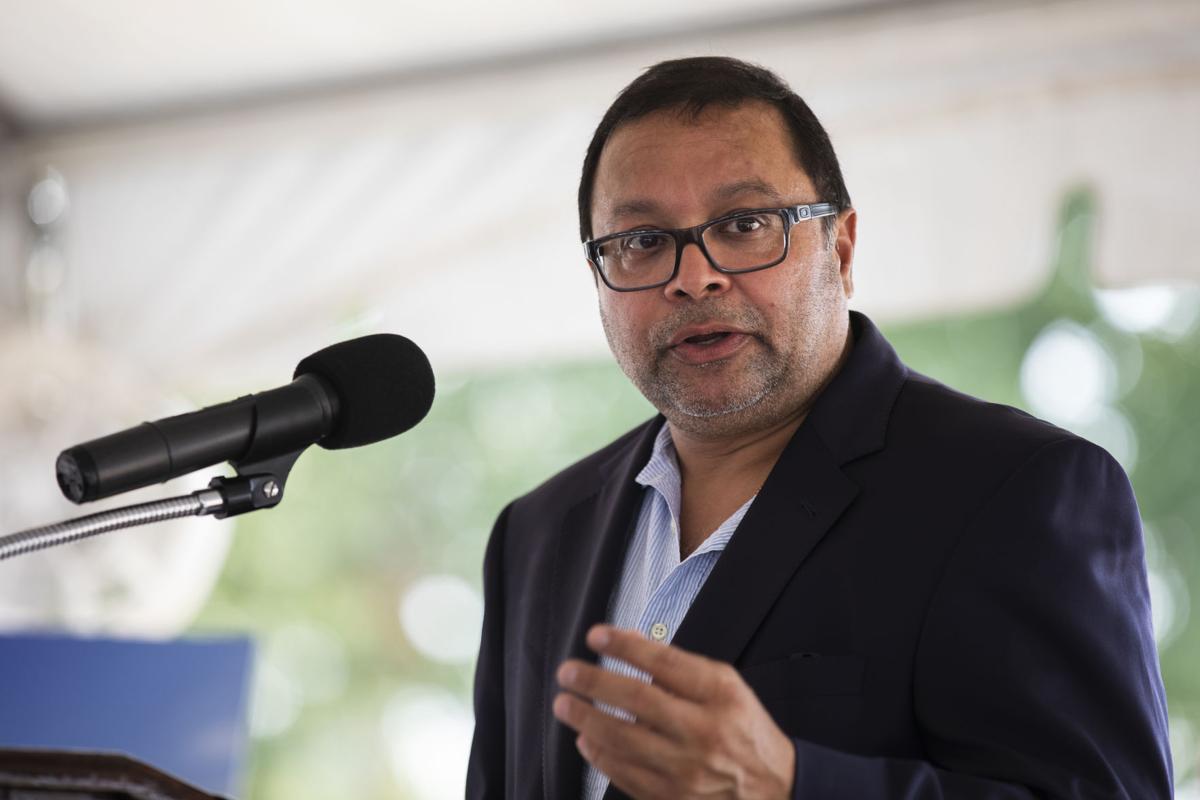 Ernest Andrade is executive director of the Charleston Digital Corridor, which has been pushing to build the Charleston Tech Center for several years. Lauren Petracca/Staff

A technology-focused office building on the upper peninsula broke ground Tuesday after six years of planning, making it one of the first major developments to be built under the new federal Opportunity Zones program.

Construction of the long-planned Charleston Tech Center, a 92,000-square-foot structure on Morrison Drive, is expected to be completed in late 2020. An 816-space parking garage also is part of the $54 million development.

The city of Charleston acquired land at 997 Morrison Drive in 2013. The Charleston Digital Corridor now holds a 99-year-long lease on the property. The tech center was originally expected to open in 2016, but has been held up by various delays.

Spearheaded by Ernest Andrade of the Charleston Digital Corridor, the center is designed to provide flexible office space to up-and-coming tech employers. The Andrade-led nonprofit will lease one floor of the building, or 16,600 square feet.

Tuesday's groundbreaking included the announcement of a new investor for the project. Hunt Capital Holdings declined to say how much it's contributing to the deal.

The Opportunity Zones program, in full swing since last year, played a part in finally moving dirt at the site by offering private investors tax credits if they put their money toward redevelopments in low-income areas.

Those areas are defined by the Census Bureau and are based on how much help they need. On the Charleston peninsula, they reach as far south as Marion Square, cover the Neck Area and the East Side and extend up to the southern end of North Charleston.

On the Cooper River, Charleston County is hoping to leverage the Opportunity Zones designations as it courts buyers for the former Naval Hospital on Rivers Avenue. The initiative began after the county bought the hospital. Some investors may be more interested because of the tax breaks now associated with the project.

She said Hunt was interested in the Charleston Tech Center before the Opportunity Zones came into being. Diller said the project fits in with other deals the firm is targeting.

She added, though, that the Opportunity Zones component became "a really important piece of the puzzle."

"I don't think it's a coincidence that it all came together once the designations were there," she said.

Former Mayor Joe Riley said he didn't think the building would have come to fruition without government support. The city's assistance, for example, gave it some credibility, which he said was important to attract the right partners to an area with a "forsaken" look about it.

The project got its start during Riley's 10th term as mayor. He said it is the kind of development he envisioned for the upper peninsula, where tech firms have been setting up shop for several years. Riley expects it to be a job creator.

"This building, which has been a dream for years, is a robust piece of infrastructure for the digital age," he said.

John Hand, managing partner of Iron Bridge Capital, which is the developer on the project, said about 25% of the space is already leased.

Editor's note: This story has been updated to reflect the City of Charleston acquired land on Morrison Drive, and the Charleston Digital Corridor holds a 99-year lease.