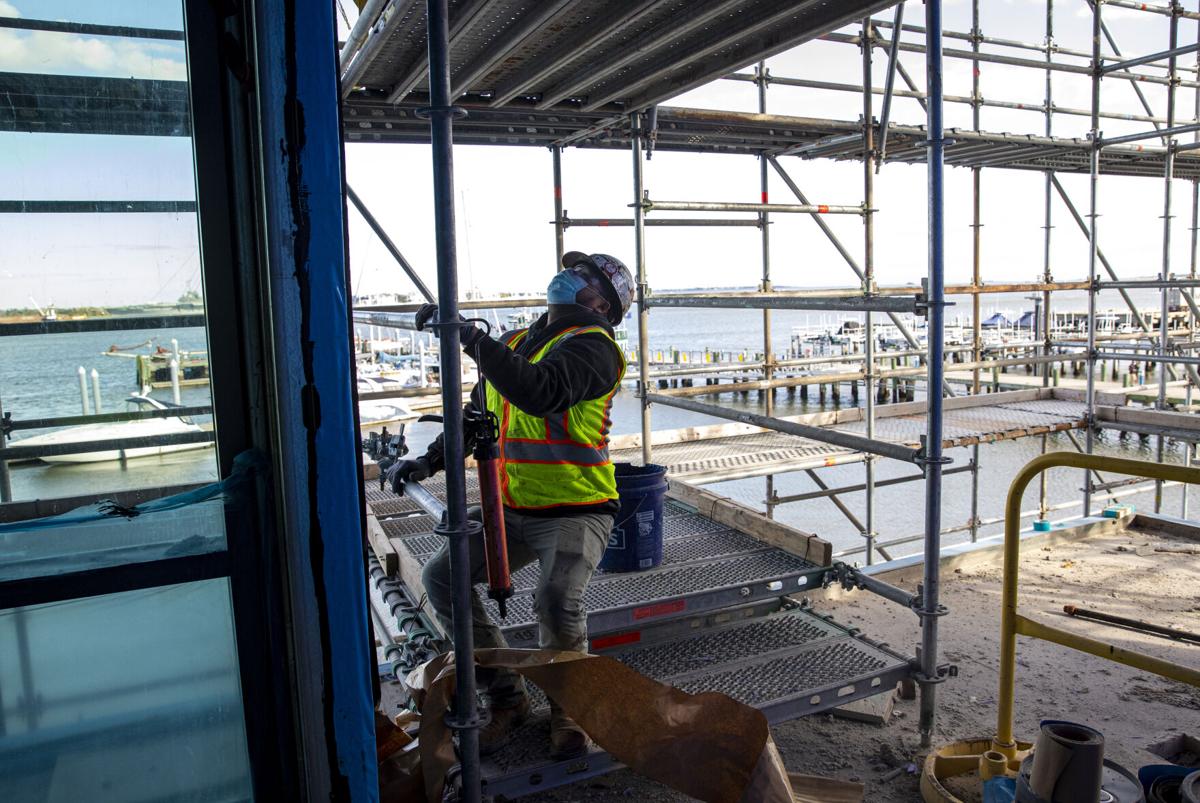 On the second flood of the International African American Museum, giant windows will face out on the former site of Gadsden's Wharf, where tens of thousands of enslaved Africans were brought to the United States in the early 1800s. Andrew J. Whitaker/Staff 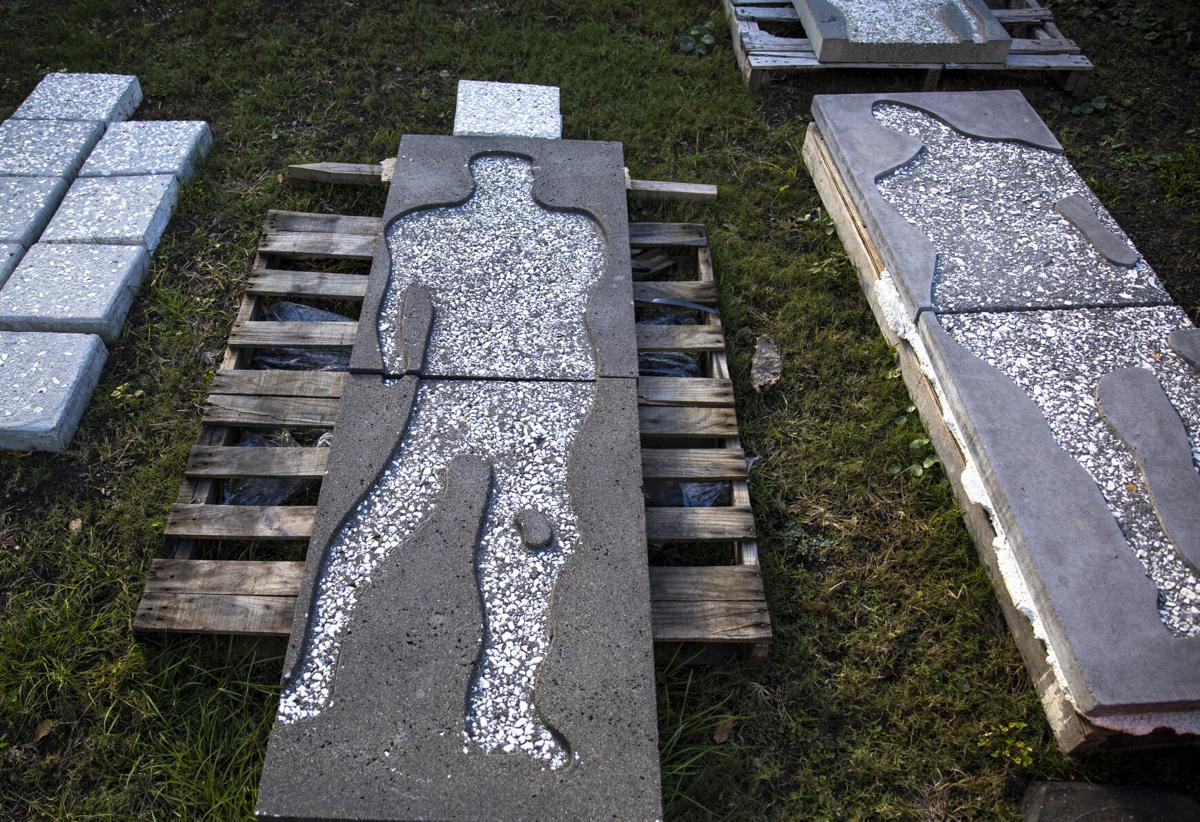 Outlines of bodies will be placed in the canals in the African Ancestors Memorial Garden, designed by MacArthur Fellow Walter Hood, on the grounds of the museum and open to the public. Andrew J. Whitaker/Staff 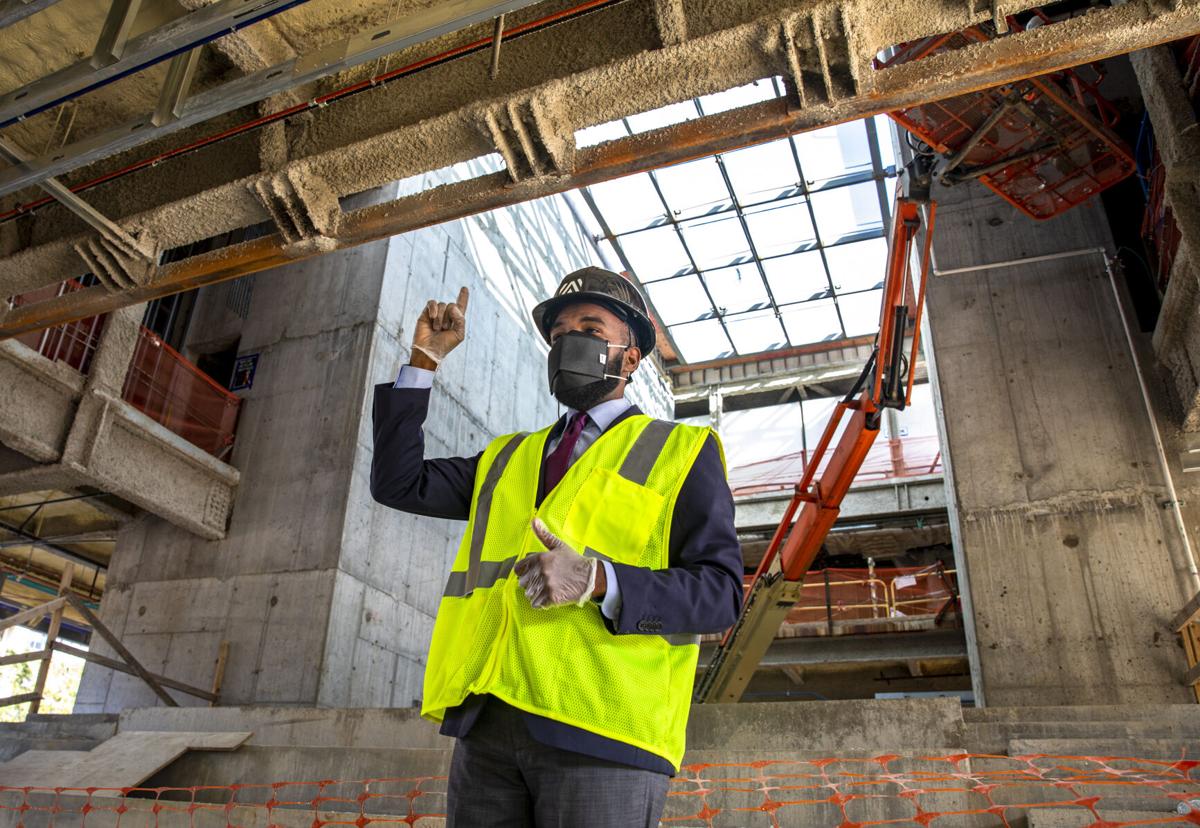 Elijah Heyward, chief operating officer for the International African American Museum, gives a tour of the bottom level of the museum near the entrance to the grand staircase on Thursday, Nov. 19, 2020, in Charleston. Andrew J. Whitaker/Staff 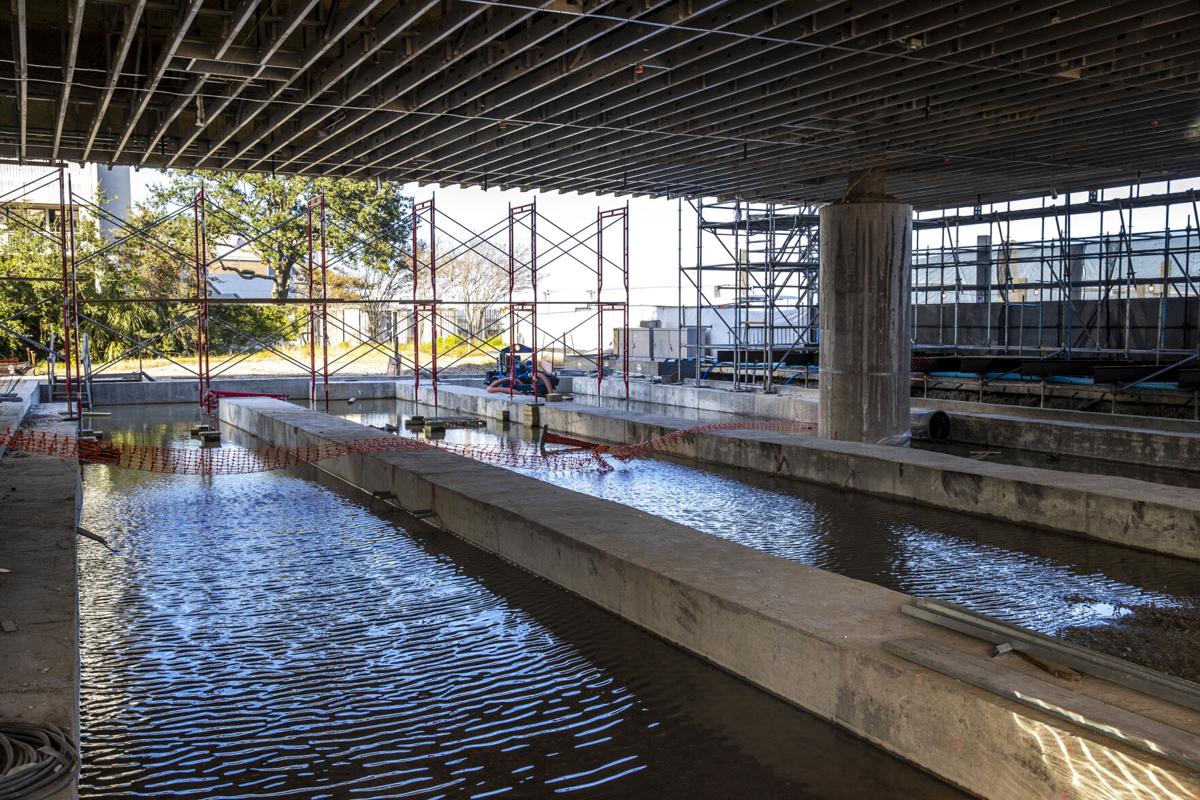 While it still takes some imagination to picture what renderings show as exhibits, gardens and a genealogy center, the International African American Museum is starting to look like a museum.

That's especially helped by a staircase that now shows where visitors will ascend to the future entrance. Any great museum needs a grand staircase, Elijah Heyward, the museum's chief operating officer, said as he stood at the base of the steps Thursday, describing what would happen there in March 2022, when the IAAM is expected to open.

Rising now at a waterfront site that once was Charleston’s major entry point for the transatlantic slave trade, people in city and beyond have been talking about, planning and fundraising for the museum for about two decades.

An official groundbreaking happened just over a year ago, and Heyward gave a first-ever hard-hat tour of the construction site to local media Thursday.

Despite the pandemic, construction has continued on schedule this year, and is on track to be completed in early summer. After that, exhibits and interior elements will be installed.

Work began at the site on Wharfside Street shortly after City Council approved key contracts for the project last summer. In July, the museum celebrated its "topping off," a construction tradition marking when a building's last steel beam is put in place.

The structure is now almost entirely enclosed. Balconies are being built that overlook the harbor on one end and downtown at the other. On the long sides of the rectangular building, light-colored brick is starting to be laid.

The area underneath the museum, which is raised 13 feet off the ground by pillars — a symbol, Heyward said, for how they're going to "elevate the African American experience" — is meant to be an active plaza where people can see concerts, dance performances or speakers.

Inside, the museum's eight galleries are starting to take shape. The largest of those, "Atlantic Worlds," backs up to a window that runs the full length of the narrow edge of the building that looks out over the water.

From that vantage point, which is directly opposite the aircraft carrier Yorktown across the harbor in Mount Pleasant, visitors will be able to see Fort Sumter and Sullivan's Island, two places relevant to history that will be told in the museum, Heyward said.

On the opposite side, the museum is housing its Center for Family History, a place where museum leaders say visitors will be able to record and research their own family stories.

Some of the galleries, such as "South Carolina Connections," where the centerpiece will be a digital table that guides visitors to other historic sites in the region and state, and the Gullah-Geechee gallery have a more obvious local focus, but all of the stories told there will use Charleston as the "lens," Heyward said.

Around the grounds of the museum, the first element of what will be the African Ancestors Memorial Garden is being installed. Walter Hood, who last year was awarded a MacArthur "Genius Grant" for his work as a landscape architect, designed a water feature that will ebb and flow like tides, revealing figures made of tabby that resemble a historic drawing of enslaved Africans on the "Brookes" slave ship.

Those gardens, as well as the museum's lobby, store and cafe, will be open to the public without admission. Tickets to the museum will give visitors access to all permanent galleries, as well as the Center for Family History and a 3,000-square-foot gallery for changing exhibits.

The museum has been funded by more than $100 million in contributions from local and state government, nonprofits, companies and individuals.

The most recent major gift came from the Duke Endowment, a Charlotte-based philanthropic trust, earlier this month. Most of the $1.25 million grant is going to the museum's endowment which has grown to $8.3 million, more than halfway to the museum's goal of $15 million before opening.

Revenue from that endowment will make up about 14 percent of a $4.2 million annual operating budget, according to estimates the museum provided Thursday. More than a third will come from donations and government funding, and about a quarter will be from admission. The rest will be split between venue rentals and food-and-beverage sales, retail, memberships and other unspecified sources.

The museum also shared that it anticipates its staff, which now has 13 people, will grow to about 32 by the time of opening. Right now, the museum is still in need of permanent CEO and a chief curator.