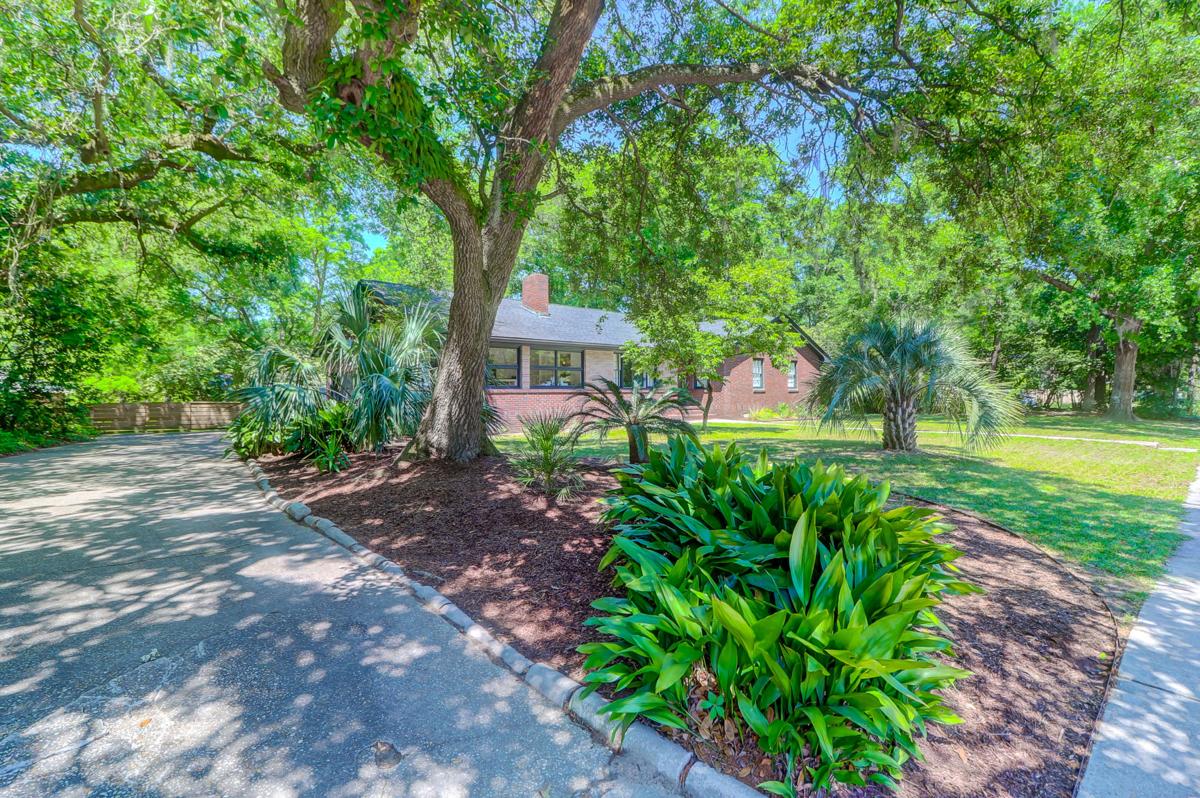 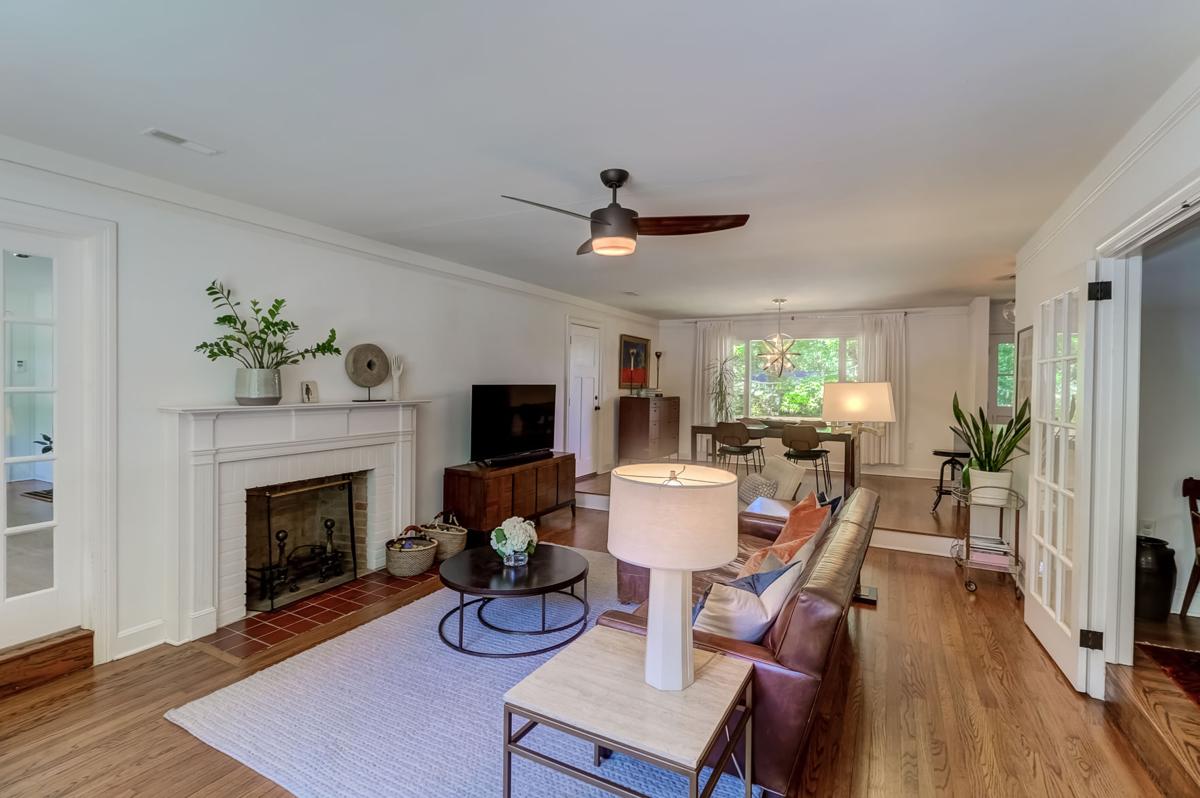 The sunken living room introduces the home's mid-century character and flows to the dining room which is adjacent to the kitchen. It's the perfect space for entertaining. Photo/The Exchange Company. 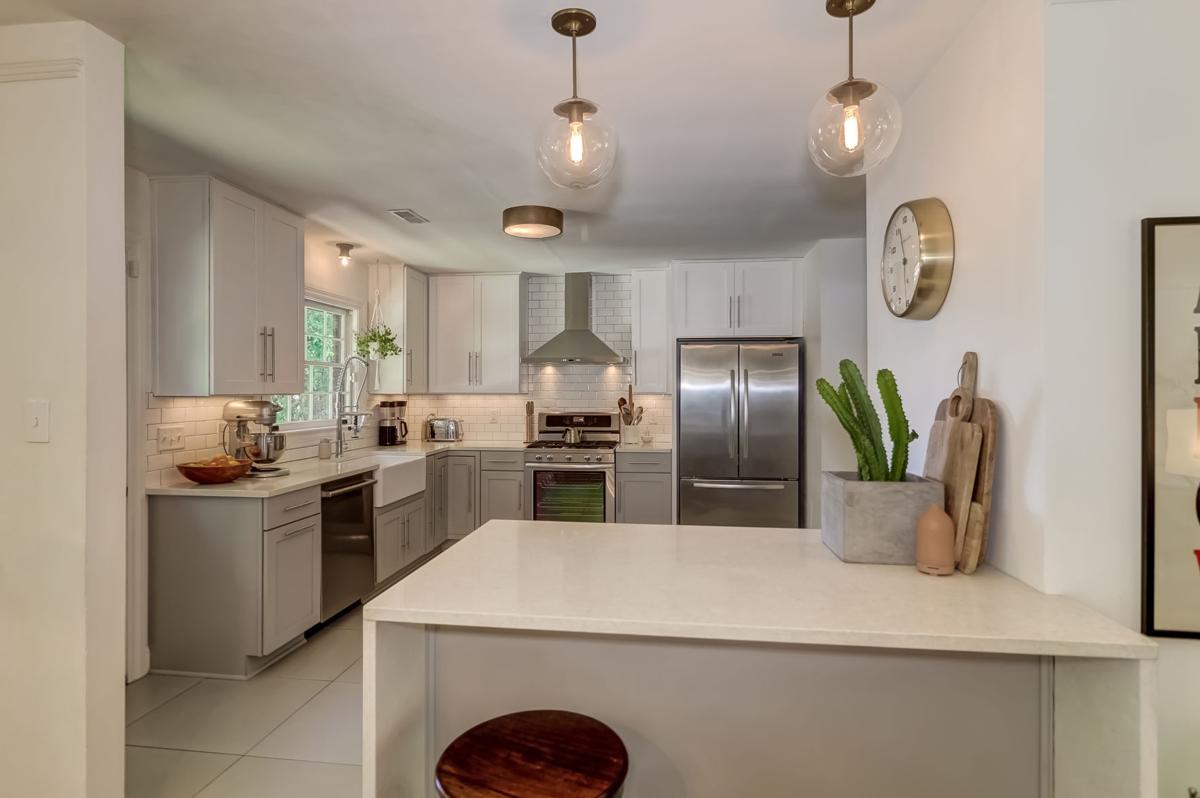 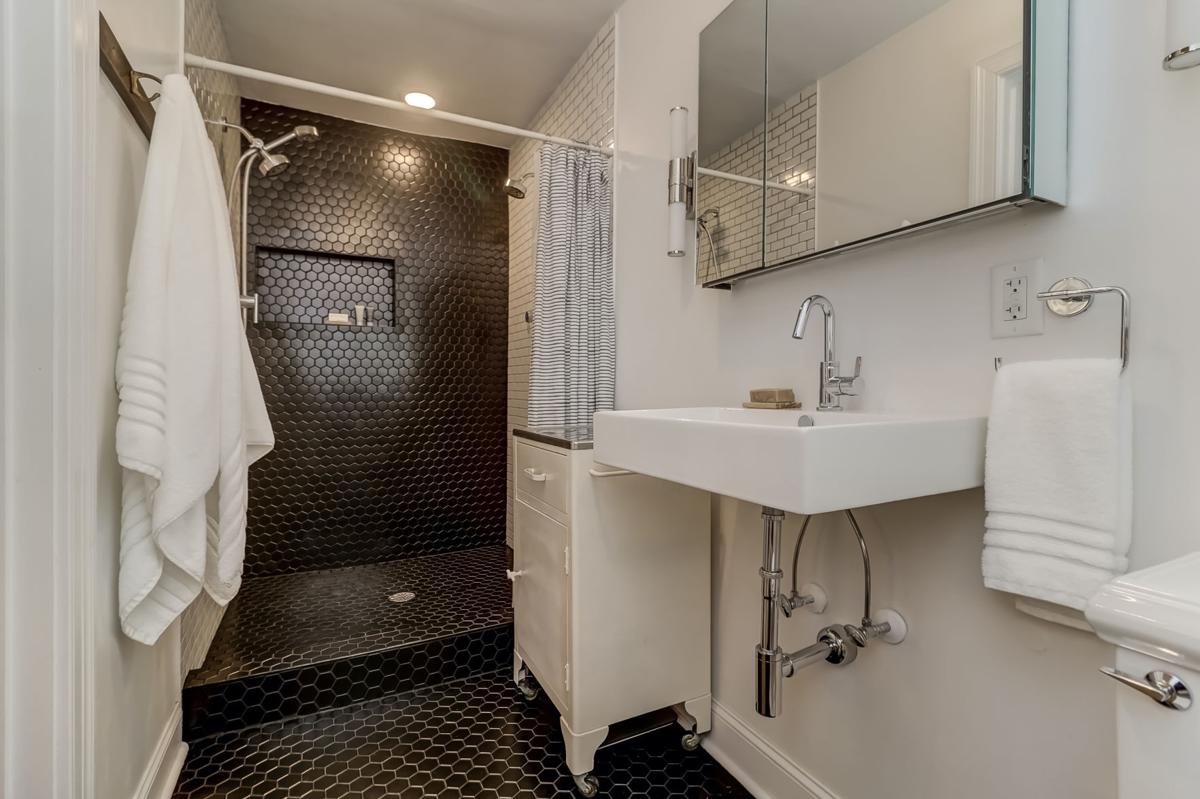 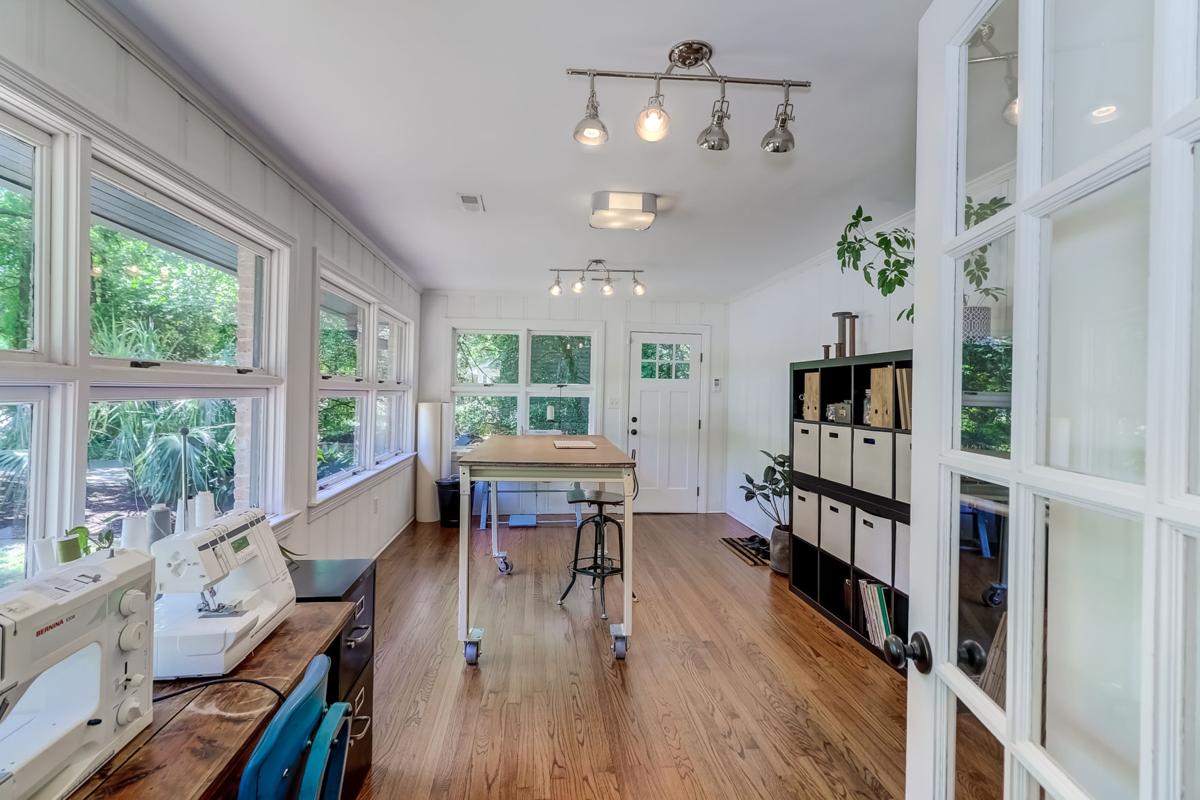 A beautiful, light-filled sunroom space can be used as a studio, extra bedroom or a sitting room. Photo/The Exchange Company, LLC. 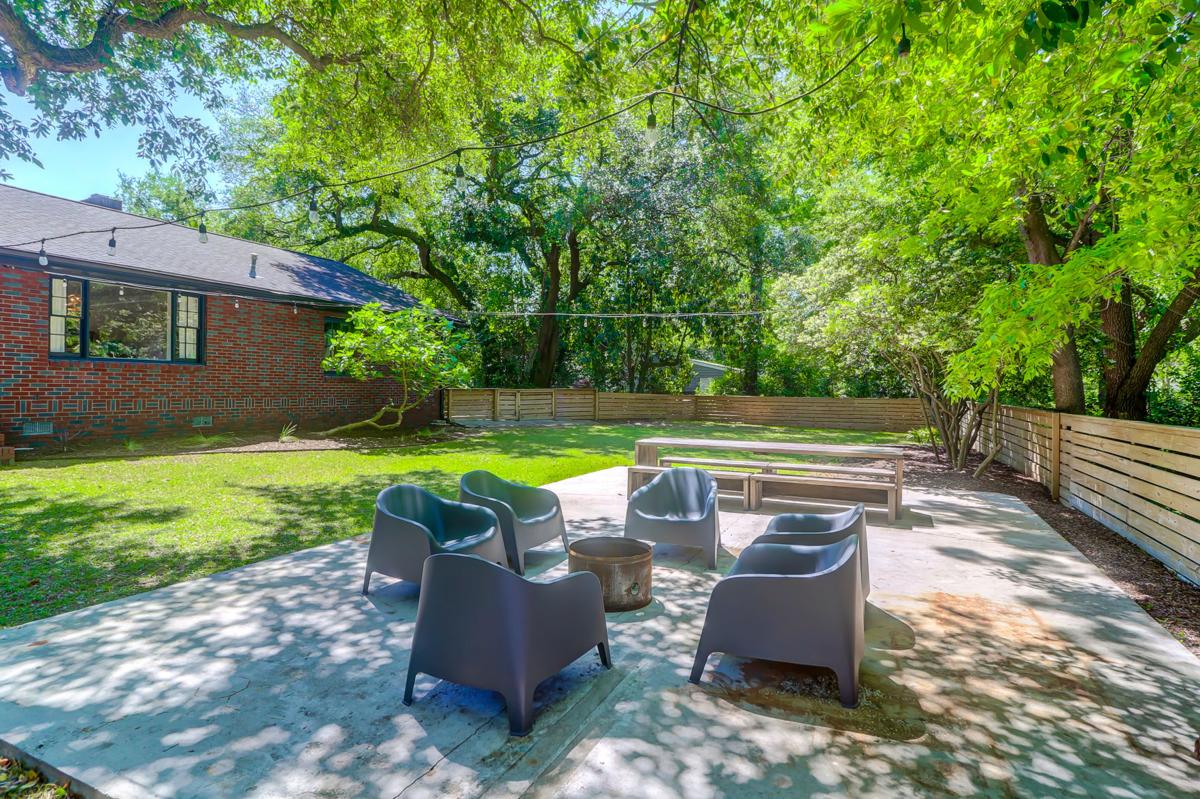 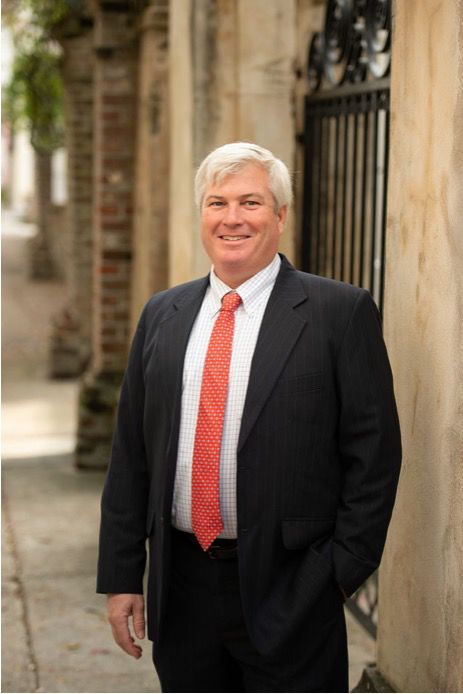 The design was introduced in the 20th century and has its roots in Europe. The style was introduced to America by architects Marcel Breuer, Walter Gropius and Ludwig Mies van der Rohe. The period from the 1930s to the 1960s brought about homes honoring the style that remains wildly popular today.

Mid-century modern is clean with angular structures and an emphasis of bringing the outdoors in. Large windows and spaces that encapsulate that concept is prevalent in mid-century homes.

One such home at 5017 N. Rhett Avenue embraces mid-century modern design – inside and out.

“This home is a great example of tasteful design and renovation to maximize living space,” said Carter Rowson of The Exchange Company, LLC. “It’s just the right size, it’s one level and the lot is beautifully landscaped.”

The home’s exterior is entirely brick and large windows overlook the spacious backyard. There’s plenty of room on the lot for a pool, but the present owners took advantage of the lot’s size by installing a gathering area. Think family cookouts or cocktail parties with Japanese persimmon trees, palmettos, magnolias, oak, fig and pecan trees surrounding you. Horizontal wood fencing encloses the space.

“We considered adding a guest house, studio space or rental in the back,” said Julie Watson, one of the owners of the property.

Watson and her husband, Lee, are both fashion designers and the two knew that the home had great potential. Renovating the 1954 home had some challenges, but they had a specific vision in mind.

Entering the wide entry and hallway from the front door, one gets a sense of a warm welcome. This was part of the couple’s inspiration when they took on the renovation – making the spaces within open and inviting.

“The house had good bones to begin with,” Watson said. “The main thing we wanted to do was open up the main living area. We took down a kitchen wall to create a very open living and dining area. It’s great for hosting and large gatherings.”

A feature of mid-century architecture is a step-down living room which Watson said sold them on the home. “We fell in love with it immediately,” she said.

The living room is sizeable with a fireplace. French doors are on opposite walls and stark white walls against the warm woods set the tone for most any decorating style. The Watsons chose a clean, minimal style with artwork, furniture and distinct lighting making both dramatic and subtle appearances throughout. The home’s palette are hues of whites and grays. The result is stunning.

The home has original hardwood floors and the Watsons refinished them in a satin walnut stain. The couple said it was difficult to find a home in this era that didn’t have multiple types of flooring. Having original hardwoods was at the top of their list.

“So many homes are built to flip using the widely available and cheap materials,” Rowson said. “The house was renovated by two designers who insisted on high quality and unique materials. It’s a perfect home for anyone who appreciates thoughtful design and mid-century style.”

An all-window sunroom can be a light-filled guest space, an office or what the Watsons used it as – a studio. The space would be ideal as a children’s playroom or as a second sitting and living space, filled with plants.

“It looks beautiful from the outside too, especially lit up at night,” said Watson.

No expense was spared in the kitchen. There is a counter-depth built-in refrigerator, gas range with hood, wine cooler, large farmhouse sink and ceiling-height cabinets for extra storage. The quartz countertops look like Carrera marble but are far more durable.

“One of our favorite features is the waterfall island,” Watson said. “You see this kind of luxury feature in magazines but you don’t normally see it in homes in this price range.”

The home’s bathrooms were updated as well with the exception of the original medicine cabinet mirror in the guest bath. Period-like sconces flank the mirror and the original tub remains with its 1950s character. Clean white subway tile offsets the tub all the way to the ceiling.

Watson revealed they compromised a bit on the master closet in order to have a large walk-in double shower in the master bathroom. The dramatic black tile grouted with white makes a bold statement against the crisp white walls. The roomy master bedroom has plenty of space for extra storage and windows let in natural light.

“The bedrooms being separated from the other living areas by a French door in the hallway has been great for minimizing noise while hosting and late-night gatherings,” Watson said. “We have had countless parties and celebrations here and people always gather in the large square kitchen and dining area.”

The home’s location near the Park Circle area is a big bonus.

“There are exciting transformations happening here and this home is a block from the Circle,” Rowson said. “From the restoration of the commercial street on E. Montague Avenue to include great restaurants and bars to the ability to walk from the home to these areas and beautiful local parks and entertainment is a strong draw for many people. There are two playgrounds within walking distance.”

North Charleston elementary, high school and the new, under construction Center for Advanced Studies are all within walking distance as well.

Having recently visited the area, the hub-bub of activity near Park Circle – walkers, joggers, pet-lovers and residents were out enjoying the beautiful green spaces that are prevalent here. Though people were practicing social distancing, the atmosphere was lively. Life in the Lowcountry, along with residential real estate is humming along nicely.

“Hosting celebrations and parties in this home is what we will miss the most,” Watson said. “We knew this was not our forever home but we have loved bringing it back to life the years we’ve lived here and sharing our home with others.”

The impeccable design and the love and energy that went into making this mid-century home a masterpiece again is certain to be just right for the next someone’s forever home.