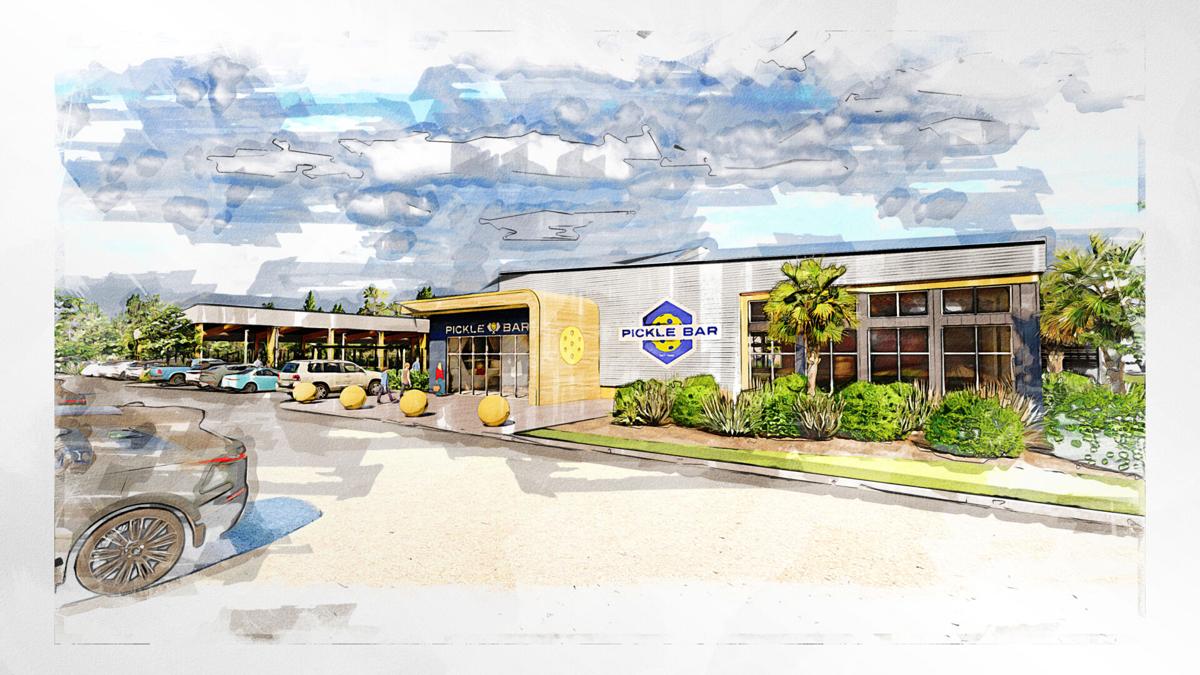 Developers hope to break ground on the 40,000-sqaure foot Pickle Bar in January and open by the fall of 2022. Provided. 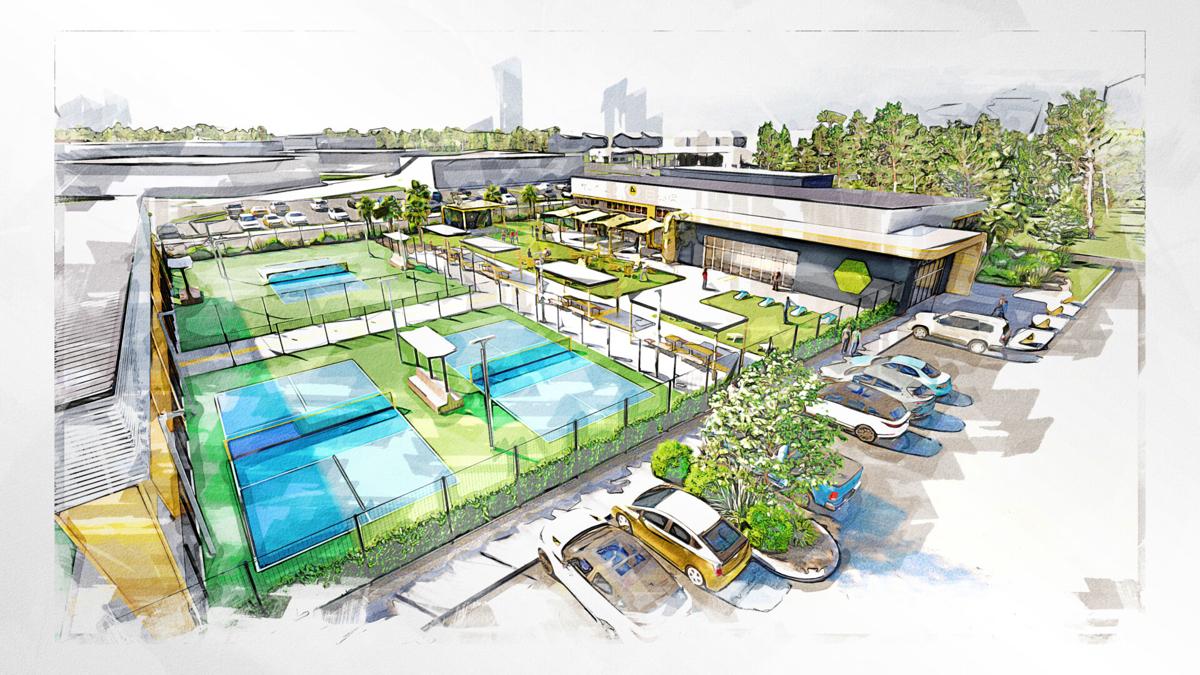 According to the Sports and Fitness Industry Association estimated that are 3.5 million pickleball players in the U.S. alone and that number is expected to surpass 5 million by 2025. Provided.

SUMMERVILLE – Alisa Tolliver had been an avid tennis player her entire life.

But when the COVID-19 pandemic shut down the local courts, she turned to pickleball.

A year later, Tolliver is working on opening The Pickle Bar — a new restaurant and bar with a recreational component in Nexton near Summerville.

The Pickle Bar will include pickleball courts with drinking and dining options on Brighton Park Boulevard at Great Lawn Drive in the Brighton Park Village section of the developing 5,000-acre Nexton community.

Tolliver said she expects to break ground on the 40,000-square-foot facility in January and open by the fall of 2022. Tolliver grew up working in her family’s restaurant in Akron, Ohio, and is convinced the idea of a pickleball-themed spot can thrive in this market.

“I saw a similar concept in Kansas City and thought it was a good idea and a great concept,” Tolliver said. “There’s a real shortage of pickleball courts in the Charleston area and most of the courts are public and connected with a recreation center. There’s no place to eat, drink or socialize.”

Pickleball is one of the fastest growing sports in the U.S. The Sports and Fitness Industry Association estimated that are 3.5 million pickleball players in the U.S. alone, and that number is expected to surpass 5 million by 2025.

“There are so many self-described Pickleball addicts,” Tolliver said with a chuckle. “We think that Nexton is a great spot and it’s perfectly aligned with the customers we are trying to attract.”

“It’s going to be a family-friendly place with a casual vibe,” Tolliver said. “It’s a place for all ages. There’s a misconception that pickleball is for older folks, but we will have summer camps for kids and lessons for beginners and advanced players.”

After opening, the venue plans to develop weekly pickleball clinics, quarterly tournaments and a schedule of live music events as well as ongoing food and drink specials.

And if you don’t play pickleball, no problem.

“We’re going to have TVs, a bar, places for people to watch the games, so there will be something for everyone,” Tolliver said.

Brown said he believed it was the right time to open another restaurant with traditional Gullah cuisine, which is at 484 U.S. 52 Bypass in Moncks Corner.

“Shrimp and grits shares a lot of history with the Gullah tradition, and Moncks Corner seemed like the perfect spot to open another location,” said Brown, who lives in West Ashley.

The initial Shrimp & Grits Café is located in Citadel Mall.

“The menu will be a little different than the one at Citadel Mall,” Brown said.

The site was previously the Atkins Boat Landing and Lions Beach site at the end of Broughton Road in Moncks Corner.

When completed in the fall of 2022, the project will include renovating and expanding the property to include the following improvements:

• Six new boat launch ramps and a dock protected by a new breakwater.

Additionally, there will be a Berkeley County Sheriff’s Office outpost dock for deputies to respond to lake emergencies.

“The boat landings that we’ve got are just being overwhelmed,” said Berkeley County Supervisor Johnny Cribb. “This isn’t one of those cases where if we build it, they will come. It’s they are here and what are we going to do about it. This Mega Boat Landing is something that is badly needed.”