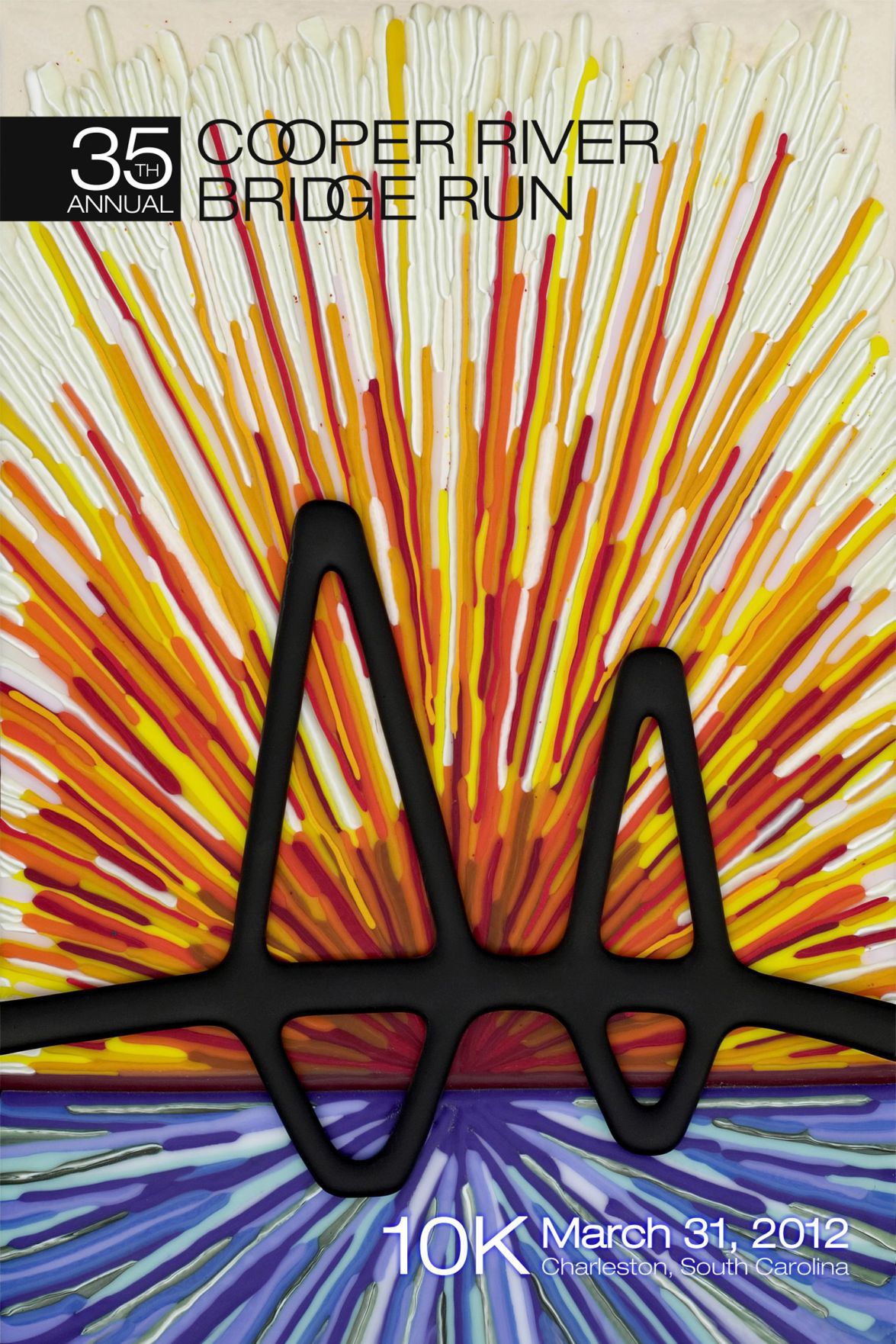 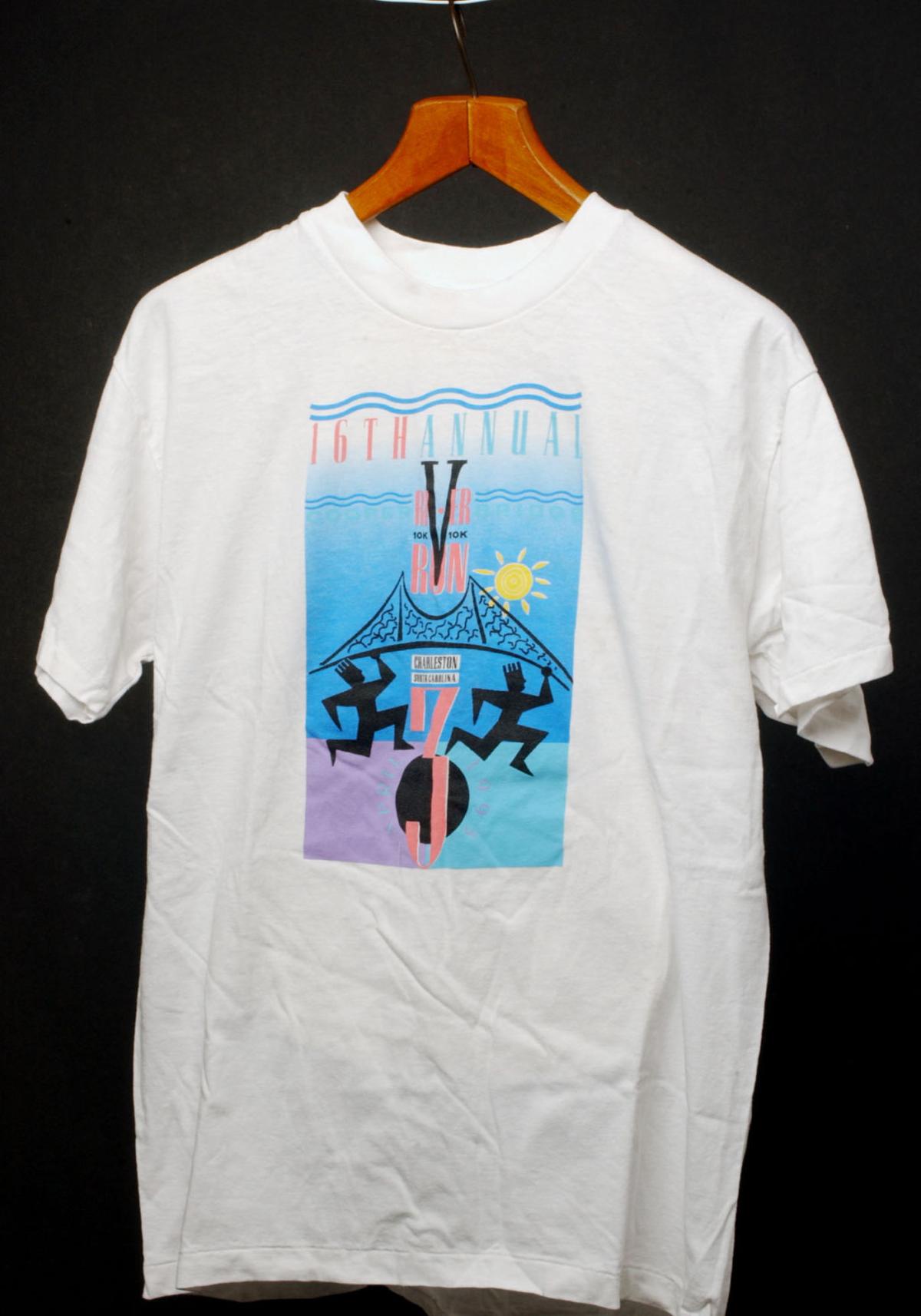 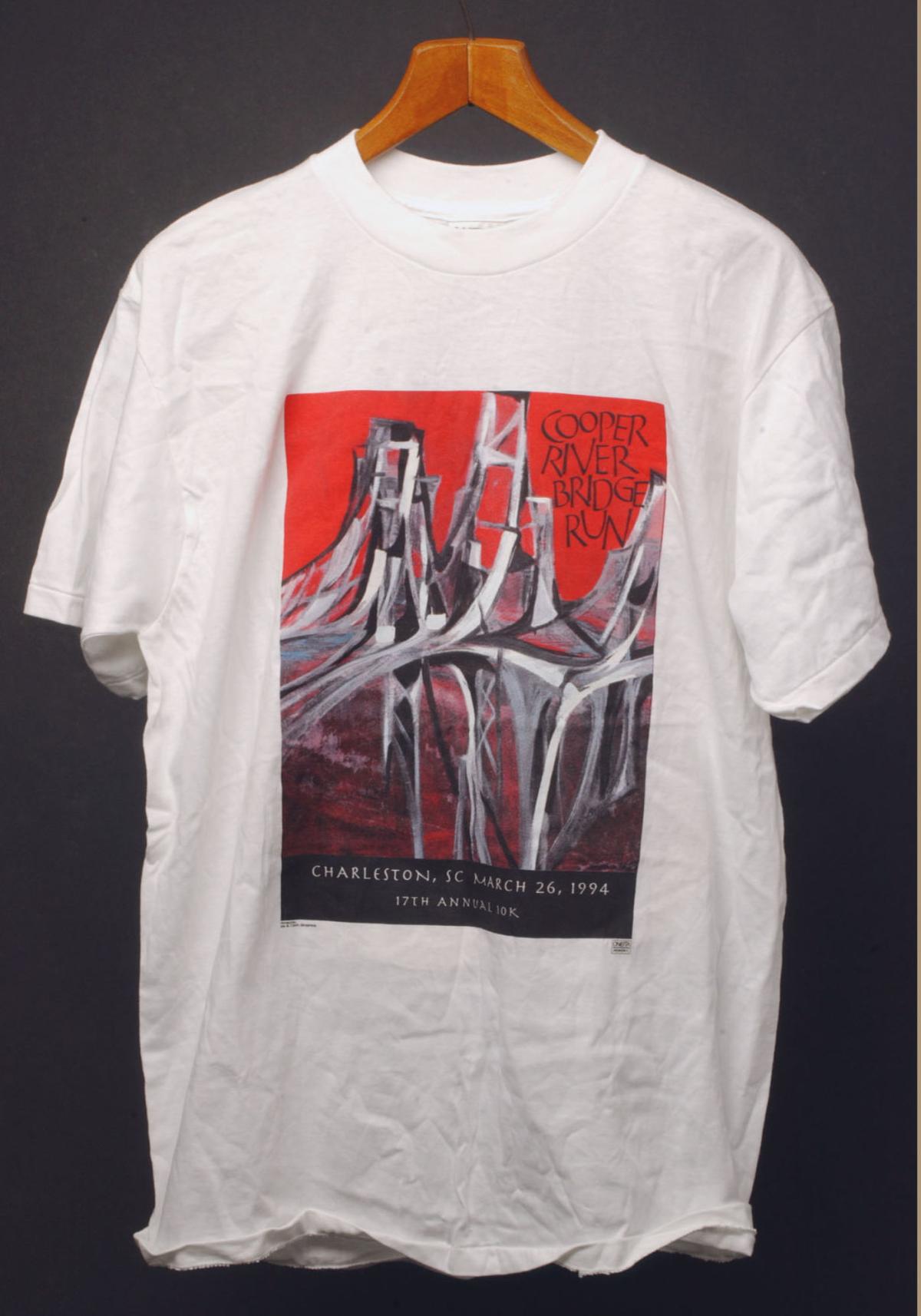 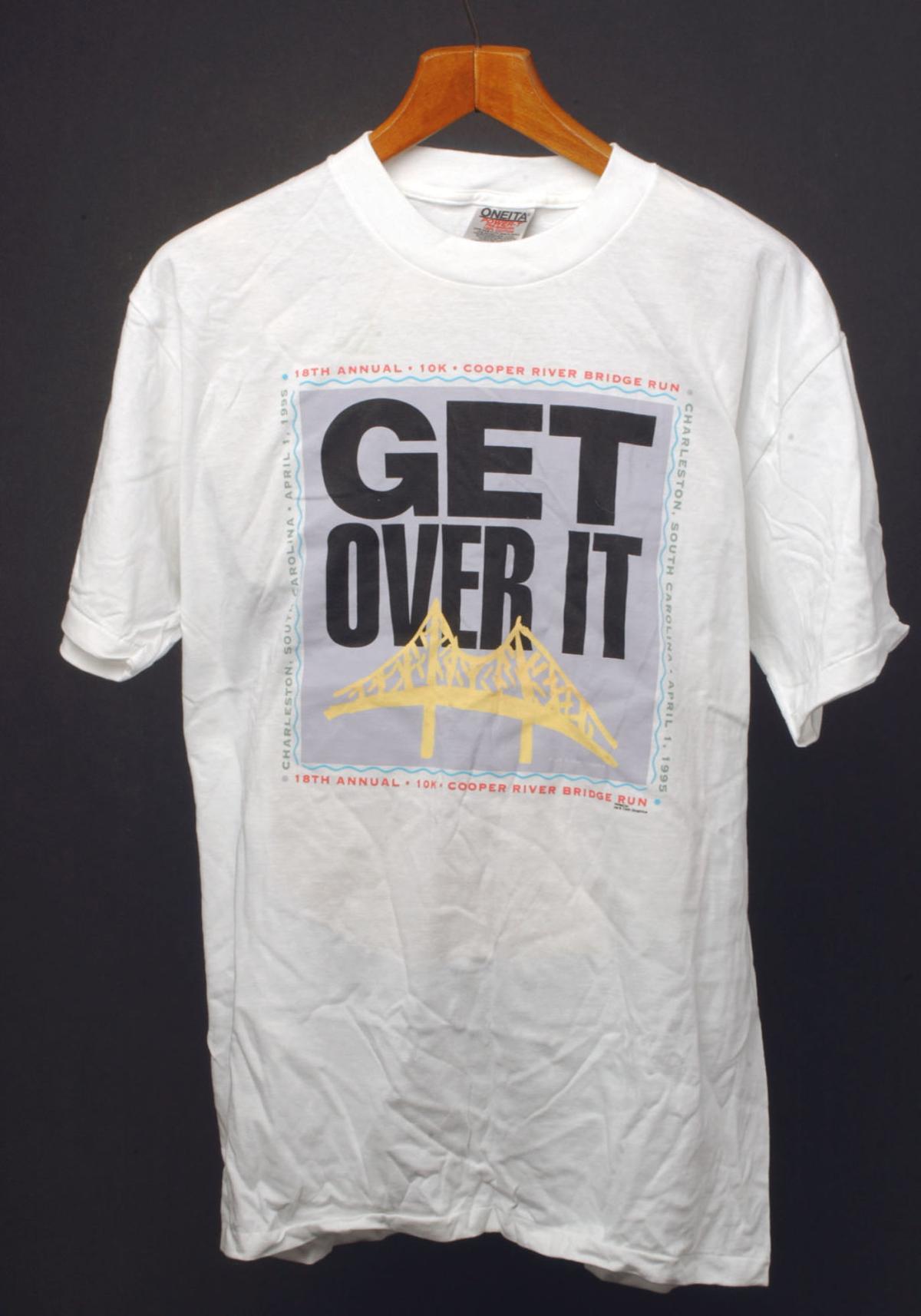 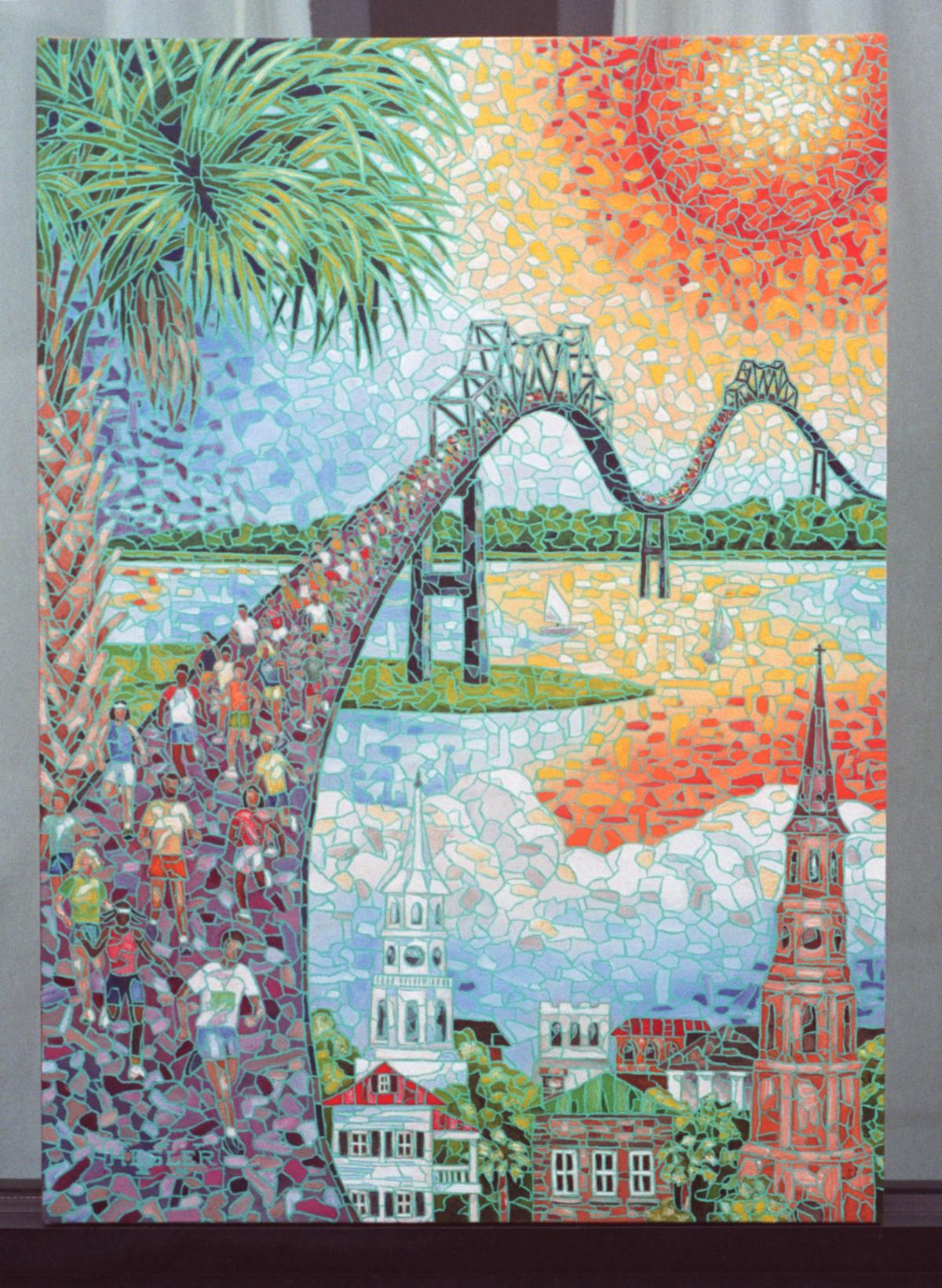 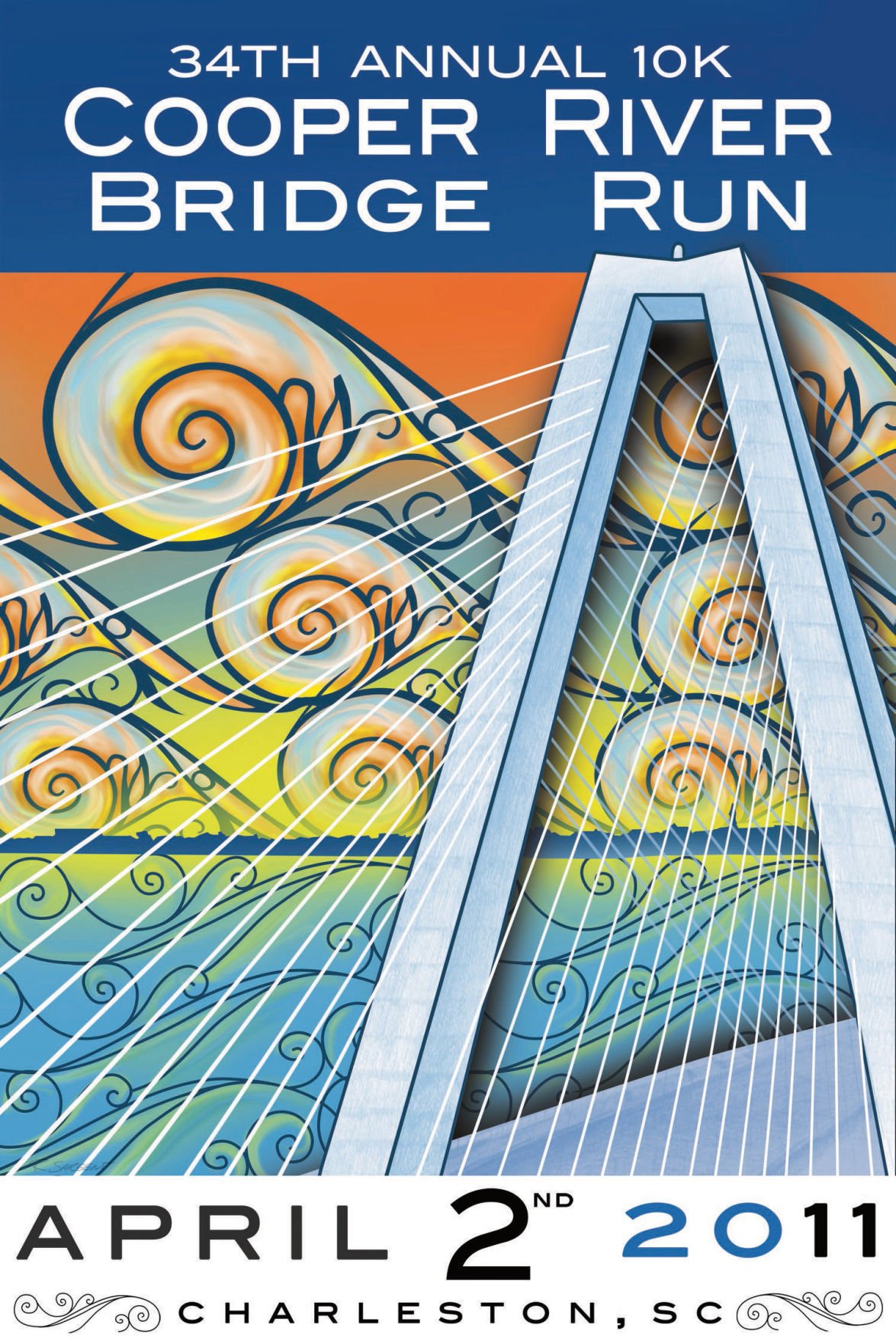 The winner of the design for the 40th Cooper River Bridge Run and Walk has been a familiar face on the Charleston area art scene for more than three decades.

Tate Nation, 63, of North Charleston, has a distinctive painting style, using multiple layers of acrylics that are both drenched in texture and color often to depict light-hearted depictions of Lowcountry life and scenery.

As a result, his paintings have been chosen as designs for both arts and athletic events, from Piccolo Spoleto in 2000 and 2010 to the Charleston Marathon in 2013 and 2015 and the Knights of Columbus Turkey Day Run in 2011 and 2012.

Despite all those contest wins, this year was the first that Nation entered the Bridge Run design contest, and he admits to have been motivated by the big anniversary of a race that means a lot to him and many of his friends.

When he decided to enter, he let the inspiration flow naturally. As is his custom, he keeps a note pad next to his bed to do sketches when he gets inspired and recalls “doodling the bridge tower and the sun” into the shapes of a “4” and “0.”

“I let it ruminate for a month before I got going on it,” Nation recalls. His resulting work not only won the judge’s votes but also those in an online “People’s Choice” poll taken last summer.

Bridge Run Director Julian Smith says he’s not only happy with Nation’s design but with the artist’s enthusiasm for the event.

“It’s nice to have someone who will be willing to spread the love of our event,” says Smith, noting that Nation may be the most enthusiastic artist for the event among all those who have won its contest.

Knowing that, we asked Nation to select his favorite Bridge Run designs over the last 40 years. Here are his picks and brief descriptions why.

1. 2004: I love that it's hand-drawn or painted, rather than digitally created. The composition is fluid and beautiful, while the design is a casual, light-hearted representation of the old bridges and both sides of the river, with key elements of the downtown architecture, simply shown.

2. 1994: The movement and energy of this abstraction of the old bridges draw me in! With its boldness and looseness, and simple, minimalistic color palette, it is to be one of the most powerful and compelling Bridge Run shirts of the past.

3. 2003: This design is masterfully executed in a very unique, intriguing style: fragmented, almost pointillistic, impressionistic. It is full of color and has nice composition.

4. 2012: This is bright, bold, stylized and simple. I saw the original piece for this. It was made of melted glass, making it more interesting, even if that doesn't necessarily fully show on the T-shirt design.

5. 1995: This catchy iconic slogan has stuck with the CRBR ever since.

6. 1993: I'm attracted to the elementary style of this one. This is almost primitive, almost like a cave-painting, but with bright, pleasing color combinations.

7. 2011: This is design is bold and simple, with the bridge merely suggested, rather than shown in its entirety. (Less is more.) ... Besides, what can I say? I have a ‘thing’ for swirly shapes.