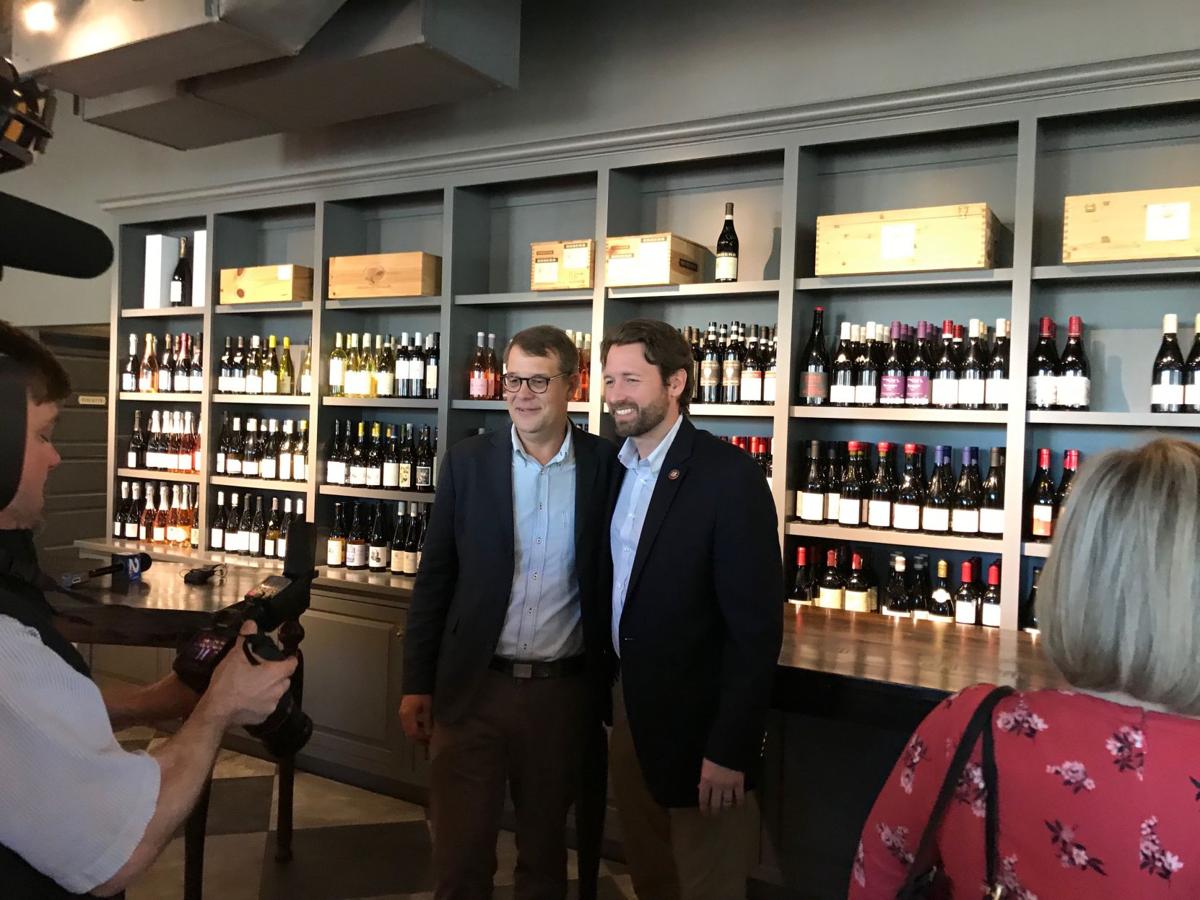 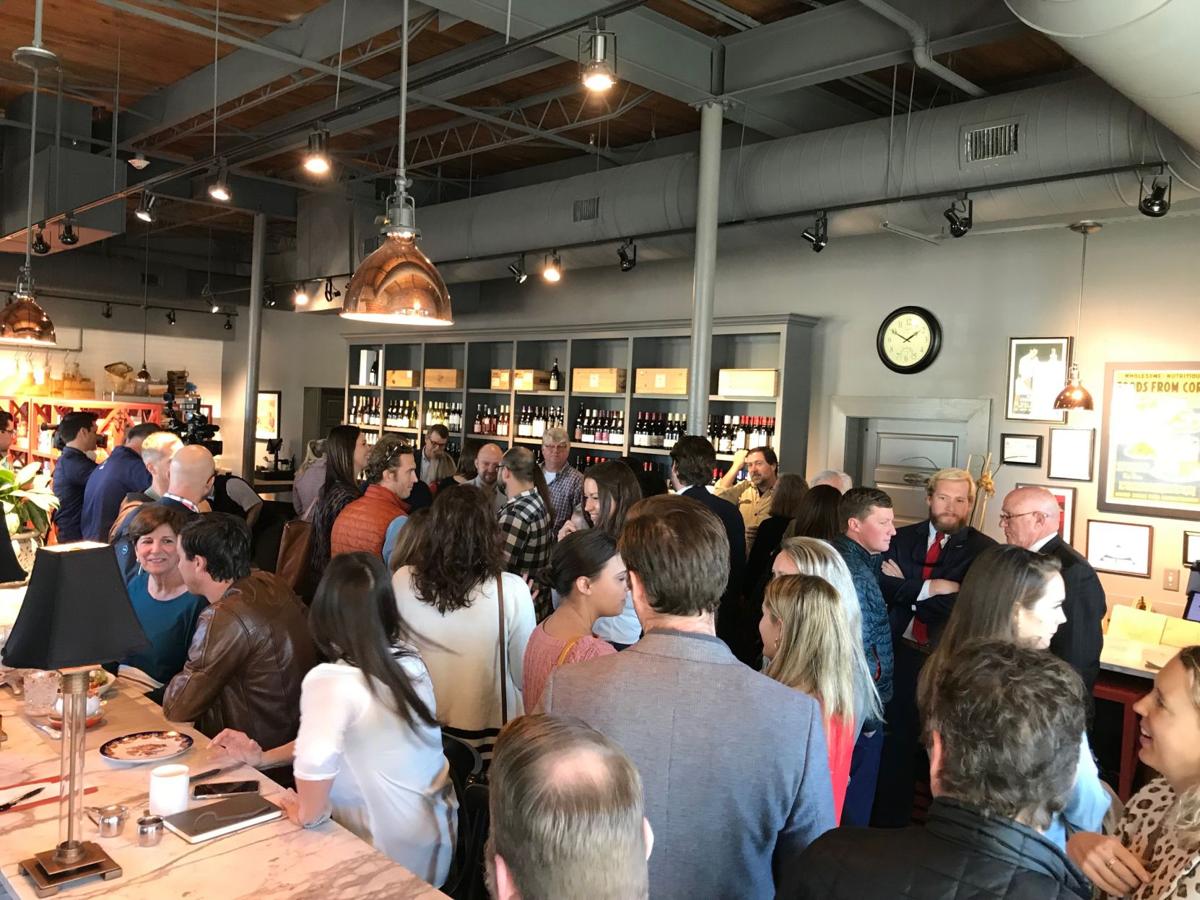 United States Representative for South Carolina Joe Cunningham told Lowcountry wine professionals in no uncertain terms on Monday that he would support their opposition to the Trump administration's latest round of tariffs on European wines.

"We're going to continue to take this fight to Washington, D.C.," he said, addressing dozens of hospitality professionals gathered at goat.sheep.cow North in downtown Charleston.

The pair of tariffs, which would impose a 100 percent tax on all wine imports from the European Union, could take effect as soon as January 13.

Members of the Charleston food and beverage business are bracing for the worst. "This is as dangerous as a hurricane," Trudi Wagner, co-owner of goat.sheep.cow North.

Reflecting the moment's urgency, Wagner's cafe was packed to near standing-room-only conditions with approximately 100 Charleston restaurateurs, wine importers, merchants and others who had shown up for the congressman's midday appearance.

Speaking directly to Cunningham, Wagner said she had invested her life savings in the business' two locations on the peninsula.

If the tariffs take affect, "in one fell swoop, it could wipe us out," said Wagner.

Cunningham said that working in restaurants in the past gave him an appreciation for the threat the tariffs posed to businesses like Wagner's.

"It's probably worse than a hurricane," he said, after listening to statements from Charleston hospitality professionals that included Wagner, chef Mike Lata of FIG and The Ordinary; Grassroots Wine representative and longtime Charleston server Kate Herron. "I recognize how hard you all work for a living, and I don't want to make that any harder."

Though these sorts of decisions "may be made haphazardly," the damage they have on small businesses in the Lowcountry can be significant, he added.

Charleston's wine industry has already grappled with that significance: in October 2019, a 25 percent tariff on some wines from four European countries sent waves of concern through the community.

Harry Root, the prolific Southeastern wine importer who formed Save American Wine Jobs, an industry organization seeking to build opposition to the tariffs, recognized Cunningham for being the first lawmaker to sign on to support the wine professionals' cause. Another SC lawmaker, Republican William Timmons of Greenville, has also voiced concern over the tariffs.

At the gathering, which lasted about 30 minutes, Cunningham and Root repeatedly pointed to the bipartisan support to emphasize that the matter was no political maneuver.

"This is about jobs, South Carolina, and the health of our hospitality community," Root said. Later this week, he will head to Washington D.C. with his daughter, who has previously interned in Rep. Cunningham's office, to attend a hearing before the International Trade Commission on one of the tariffs. He also planned to try to garner support from other South Carolina lawmakers on the visit.

With an IPA brewed in his honor, Joe Cunningham kicks off 2020 craft brewery campaign

At the time of the meeting, Root said that neither of the Palmetto State's U.S. Senators had agreed to meet with him. He implored his assembled colleagues to help get attention of Lindsay Graham and Tim Scott by "keep(ing) the pressure on."

"If they get an email from every single person in this room, they're taking our appointment on Wednesday, I promise you that," Root said, distributing flyers with instructions on how to do so.

By 4 p.m. Monday afternoon, both South Carolina senators' offices had agreed to meetings. "Should be productive," Root told the Post And Courier via text message Monday night. "We were working lots of angles. But great to see democracy at work."