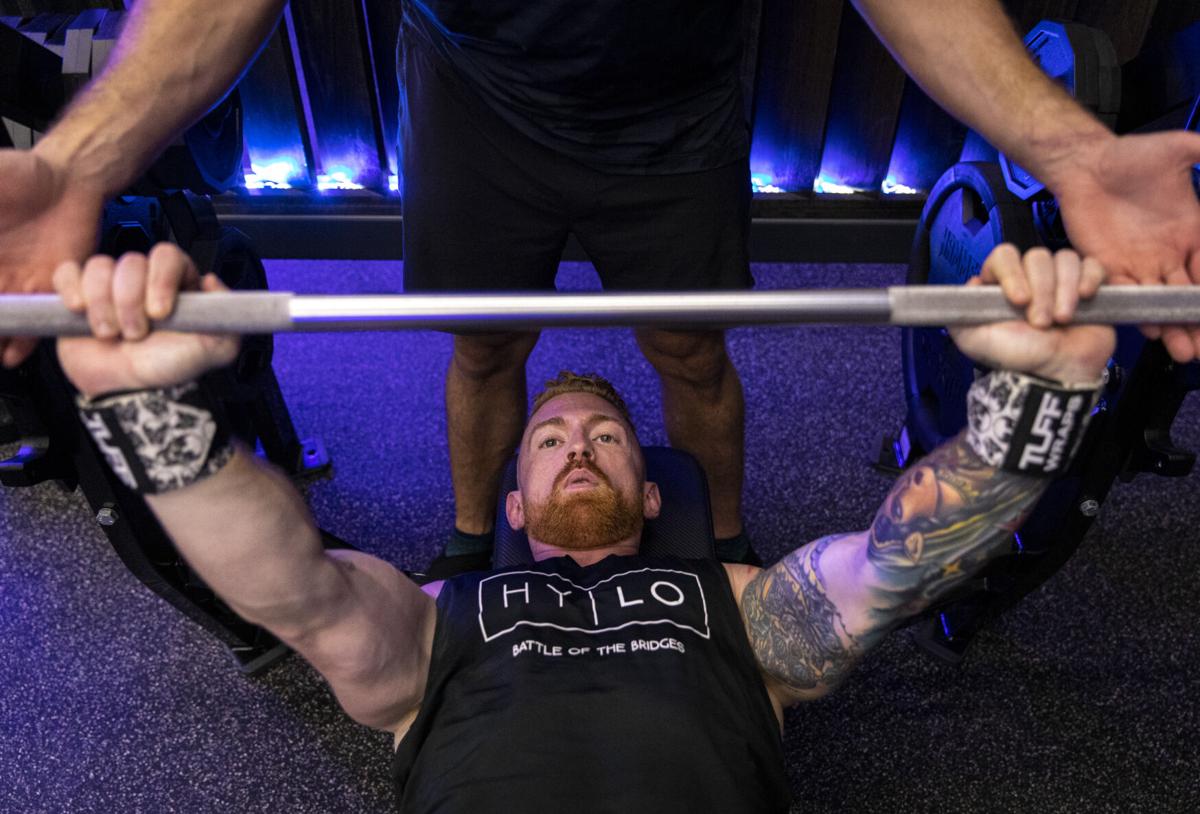 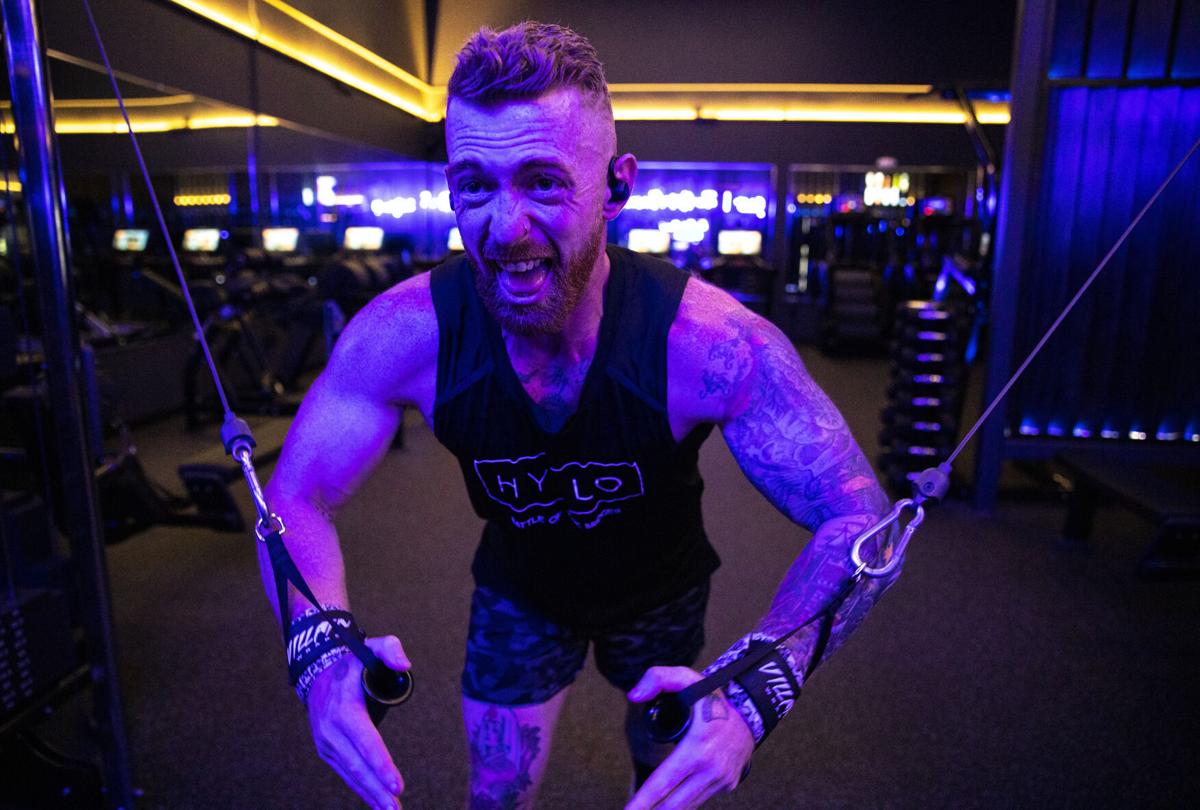 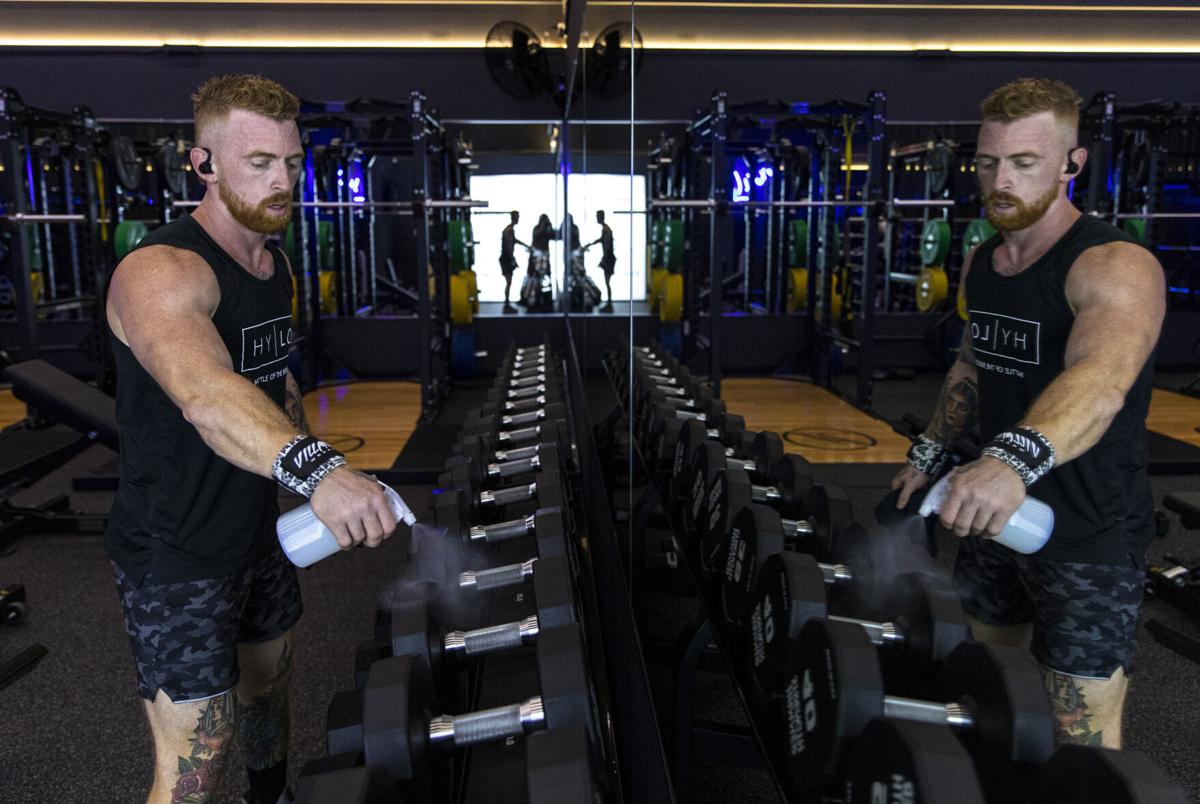 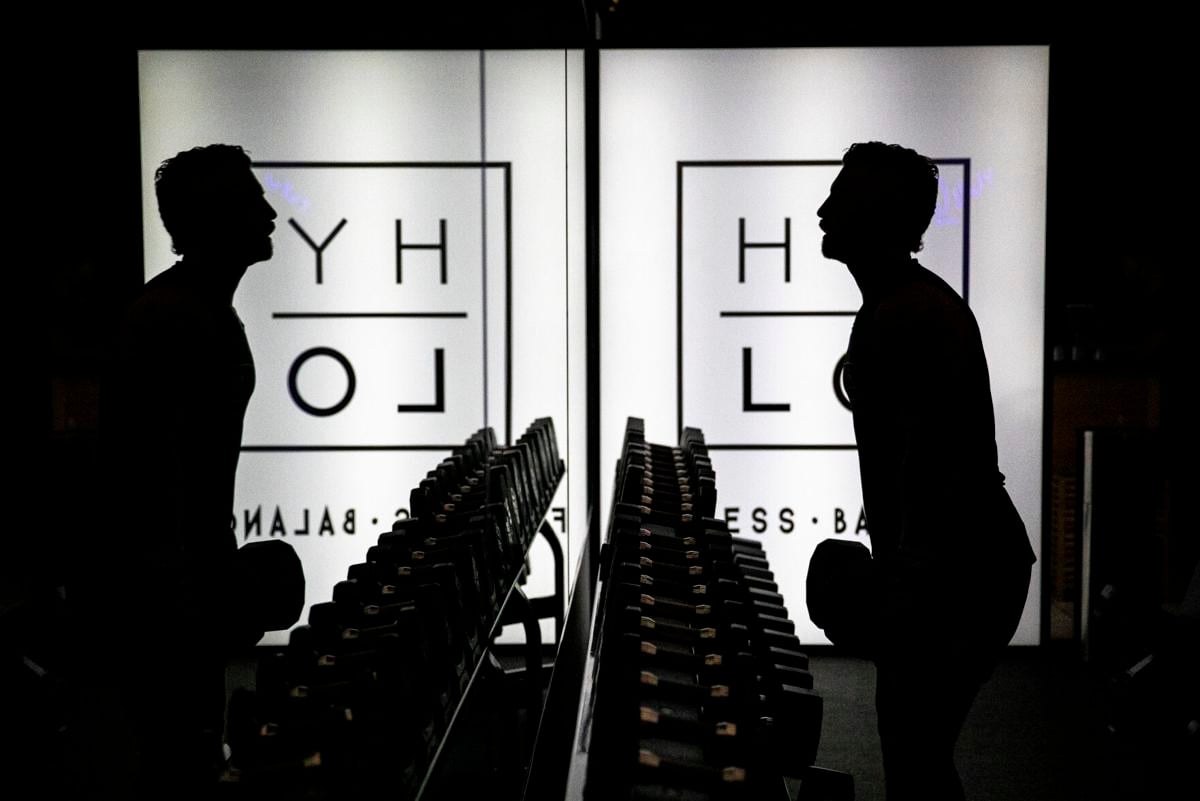 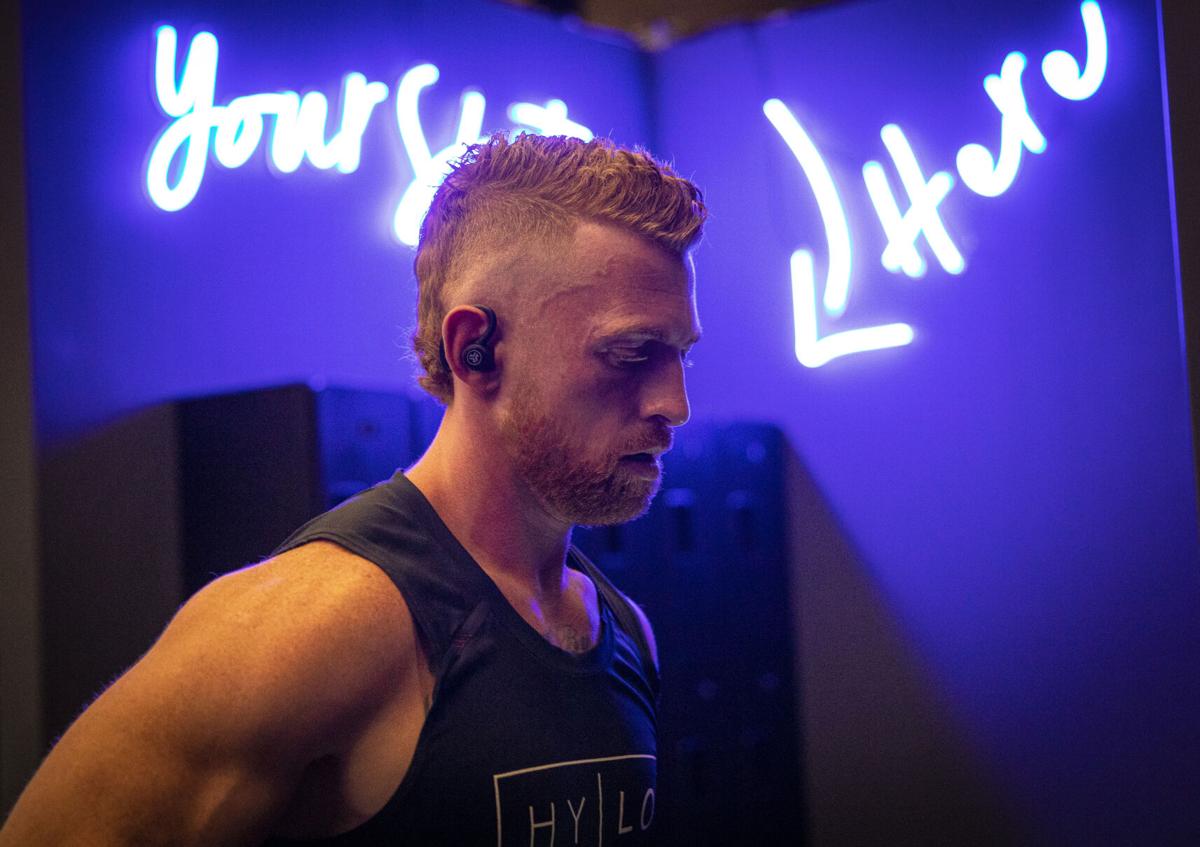 Outwardly, Mickey Bakst and Jami Miller have little in common.

Bakst is a 68-year old man so well known in Charleston that he’s been tagged as the city’s unofficial mayor; he’s a philanthropist whose main hobby is chatting up his causes. Miller is a 38-year old woman who moved to Charleston at the end of 2019; she’s a poet with an artist’s disdain for most people.

The first time he worked in a restaurant, Bakst checked IDs as a favor for a stoner buddy who owned a trendy jazz club fronting the Pacific Ocean. (Bakst has now been sober for 37 years.) Miller started out waiting tables at a family-owned barbecue joint in Decatur, Ill.

At Charleston Grill, where he last worked, Bakst’s daily duties as general manager included calling the previous night’s guests to thank them for their patronage. At Maybank Public House, where she last worked, Miller hustled beers to customers waiting on their burgers.

Despite the differences in their career trajectories, Bakst and Miller this year ended their lifelong food-and-beverage tenures for much the same reason. With COVID-19 casting a dark shadow, it became harder for them both to make out the attributes of the hospitality industry they adored.

Rather than work within social distancing restrictions that would prevent him from shaking hands and showing his smile, Bakst retired before Charleston Grill reopened in October. “I couldn’t see ending my career that way,” he said.

As for Miller, she’s picked up a few pandemic shifts at Maybank, but is entirely satisfied with her decision to work full time as a sales rep for a bottled water company.

“In the summer heat of Charleston, wearing a mask outside is horrible,” she said. “And you’ve got the sanitation. That’s a lot of extra steps. Also, the pay is different. We stopped working off tips. Now we get paid hourly because there’s no guarantee if it rains.”

Food-and-beverage is a notoriously punishing trade. Even people who have only a passing familiarity with restaurants have some idea of the long hours, low pay and physical sacrifices required to keep them running. Still, thousands upon thousands of working Americans vowed they would never do anything else.

“These people come in and they’re snippy and rude,” said John Aquino, a native Charlestonian who has worked in restaurants since 1986, or 34 years before mask mandates went into effect. Aquino said he’s “leaning” toward finding another full-time job. “I don’t mind working hard, but I like to have fun when I work.”

In short, food-and-beverage workers’ calculations have changed since joy seeped out of restaurants. And every level of hospitality is poised to shed experienced and talented professionals as a result.

“I honestly have to say I’m truly happy,” Miller said of her new position. “I can’t imagine having to be reliant on the service industry anymore. It’s not stable. It’s stressful. The people you have to deal with. I mean, it’s something I’ll always love, but now I’m up at 6 in the morning instead of getting home at 6 in the morning.”

While almost every food-and-beverage worker can cite examples of longtime colleagues who this year decided to ditch restaurant work and pursue a real estate license or college degree, there is no hard data on the number of South Carolinians fleeing the industry by choice.

The U.S. Bureau of Labor Statistics only tracks what a person did before filing for unemployment, as 8 million hospitality workers did after governors across the country ordered the closure of restaurant dining rooms. The agency doesn’t compile information showing in which industry he or she landed, or why.

What is clear from public records is not every F&B lifer who’s now selling shoes or fixing engines likely intended to blaze a new career path. According to the BLS, the unemployment rate in the leisure and hospitality sector in September 2020 was 19 percent, compared to 4.8 percent in September 2019.

In South Carolina, the Department of Employment and Workforce is specifically targeting hospitality workers with an initiative called Lifeboat Jobs, which outlines how existing skills can translate into employment and professional goals in other industries.

For instance, if you’ve been a server, the publication explains, your ability to listen and coordinate tasks could serve you well as a stock clerk. As a clerk, you could develop your reading comprehension and inventory control skills, helping you toward a job as a data warehousing specialist.

“It doesn’t look like I’m going to get a job anytime soon, so I had to reinvent myself,” said Jennifer Russell, a 52-year-old general manager who most recently worked at a Mount Pleasant hotel. After interviews at Hotel Bennett didn’t yield a job offer, Russell in July rebranded herself as a dog walker. She printed up business cards listing her specialties as hospitality and belly rubs.

Asked to estimate her current client count, she said, “There’s Annie and Lily and Butler and Scarlett and Mattie and Clea…” before concluding that she should be able to match or exceed her former salary this year. She’s also enjoying the time outdoors, and reports she’s lost 22 pounds so far.

Yet none of that has kept her from missing food-and-beverage. For Halloween, she organized a dog costume contest at Brown Fox Coffee Co. Creating an experience to make people happy reminded her of what she liked best about restaurant work.

Tyler Rothenberg, a 31-year old bartender who in 2016 moved to Charleston to join its food-and-beverage scene, has enough positive associations with restaurants that he would consider returning to them one day as an investor. But after Handcraft Kitchen & Cocktails, where Rothenberg was general manager, suspended its short-lived takeout program, Rothenberg had plenty of lockdown hours to reevaluate his immediate priorities.

“During COVID, I reconnected with my health,” he said. “I’m in the best shape of my life. I have the most mental clarity I’ve ever had. Restaurant culture is a culture I love, and I embodied, but it’s not a culture I want to be part of long term.”

Instead, Rothenberg is studying for his MBA at the College of Charleston under the GI Bill. He’s eyeing a career in fitness marketing.

At least, that’s the plan. But food-and-beverage employees agree that staying away from the field is even harder than getting out of it. “It’s not just the cash that’s addictive,” Miller said. “It’s the freedom of scheduling.”

In fact, this story was supposed to feature one more Charleston area hospitality worker who had sworn off the profession for good. By the time he was on the phone for this report, he’d taken a bartending job at SNOB.