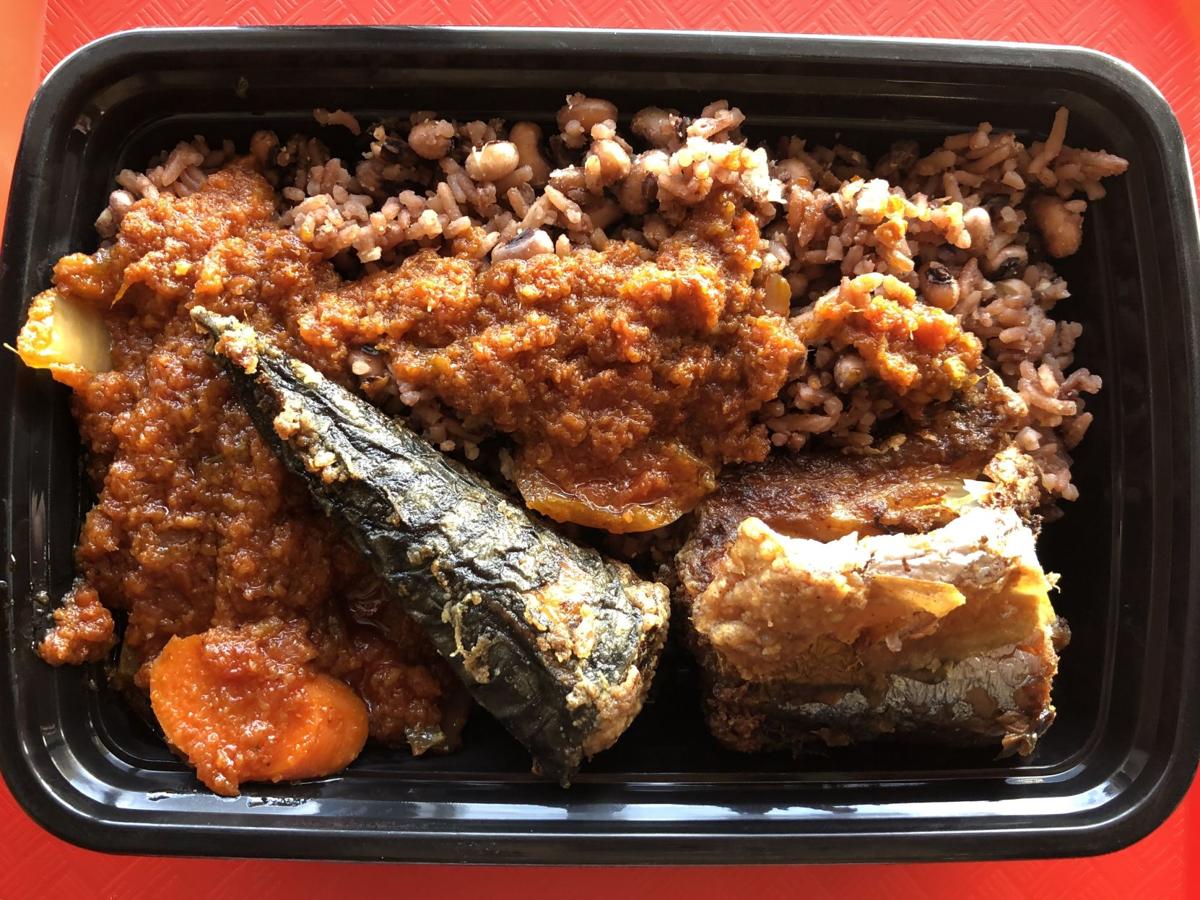 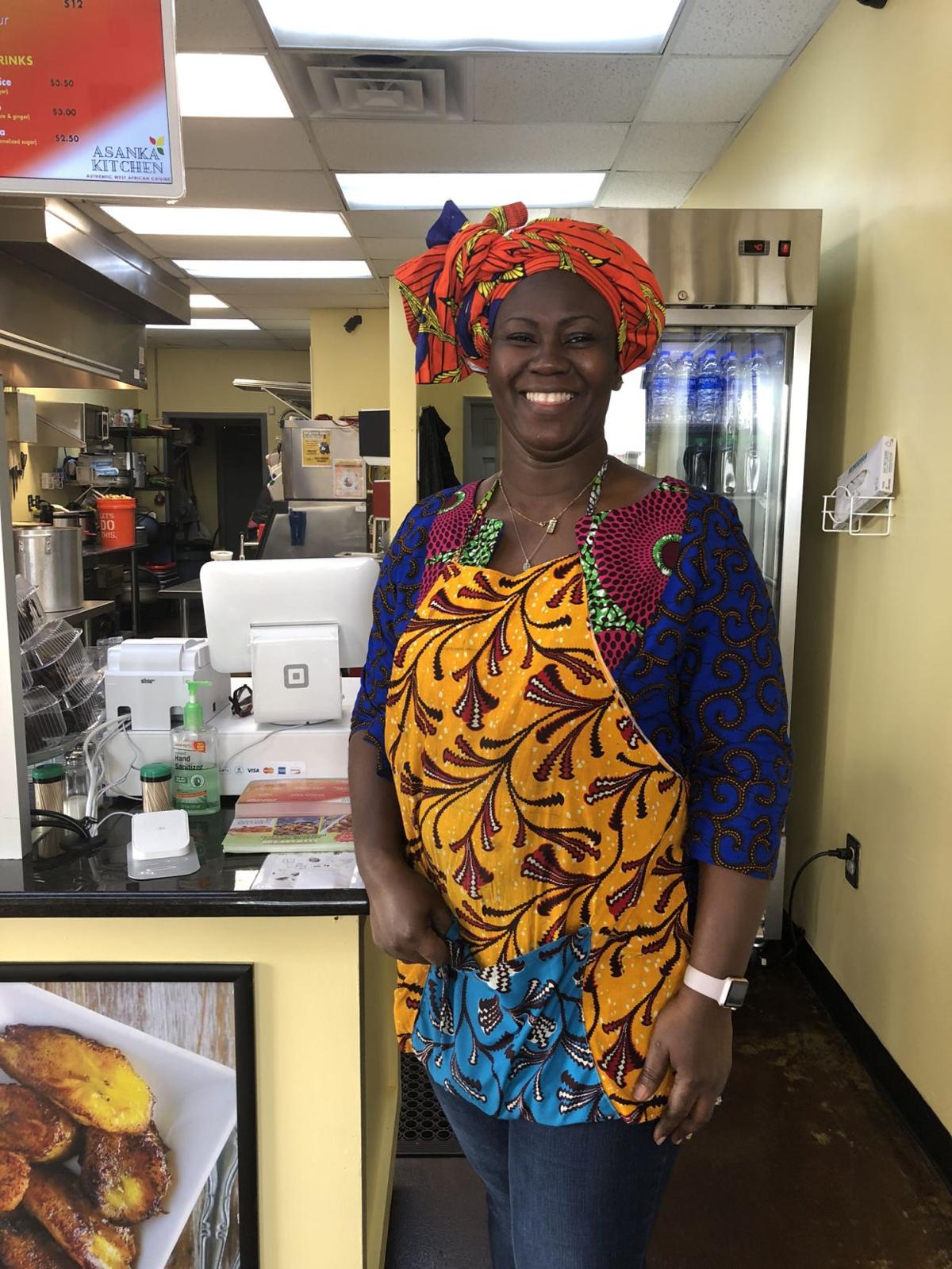 Diners who lament the loss of ritual in restaurant experiences ought to meet Elizabeth Darko.

At Darko’s two-month-old Columbia restaurant, Asanka Kitchen, every new customer is required to sample at least three dishes before placing an order. Even if a visitor was drawn to the counter-service café by an early Free Times’ write-up highlighting Asanka’s crispy fried chicken, Darko wants to first supply a taste of her sonorous peanut soup; pepper soup, grooved with goat meat; tomato-rich jollof rice and a featherweight deep-fried dough ball.

The tour rarely ends after three items. A first-timer was recently five or six items deep into the steam table survey before he started shimmying in appreciation of the kontomire, a spinach stew studded with tuna fish and scrambled eggs.

His friend Cee Webb, who’s become a regular since a co-worker introduced him to Asanka, nodded at the impromptu performance, saying, “When I put this on Facebook, I said all other restaurants have been put on notice.”

Darko says she created the ritual because very few customers are familiar with dishes from her native Ghana, despite their obvious overlap with Southern cuisine. In addition to fried chicken and red rice, Darko serves traditional interpretations of black-eyed peas, baked chicken, fried fish, okra stew and pound cake.

“I want them to like what they order,” she explains.

Since moving to the U.S. in 2001, Darko has worked primarily as a nurse. But she and her husband, an engineering professor at Benedict College, three years ago helped create Columbia’s annual Taste of Africa festival. Attendees who tried her cooking there encouraged her to open a restaurant.

Like many small restaurant owners, Darko says she cooks with love. But she expands on the claim, vowing to never offer a dish she wouldn’t serve to her husband. Samuel Darko designed the cheery space. Their sons, Ibrahim and Sadick, help in the kitchen.

“I want people to know everybody’s welcome,” Ibrahim Darko said, taking a break from stirring a vat of fermented corn drink. (Webb prefers the sobolo, made with fresh hibiscus and ginger. “You know what sorrel is?” he asked his friend, referencing the red drink that reigns in the Caribbean).

Because customers prefer different levels of heat, Elizabeth Darko strives not to make her food too spicy. But she keeps a jar of homemade shito, a coarse chili sauce that gets its richness and funk from dried fish and dried shrimp.

Also available for the asking: extended hours. If customers are worried that Asanka is going to close before they get there, Darko says they should call the restaurant to say they’re on the way.

“If they’re running late, we’ll open the door,” she says. “You don’t turn people away. That’s our culture.”