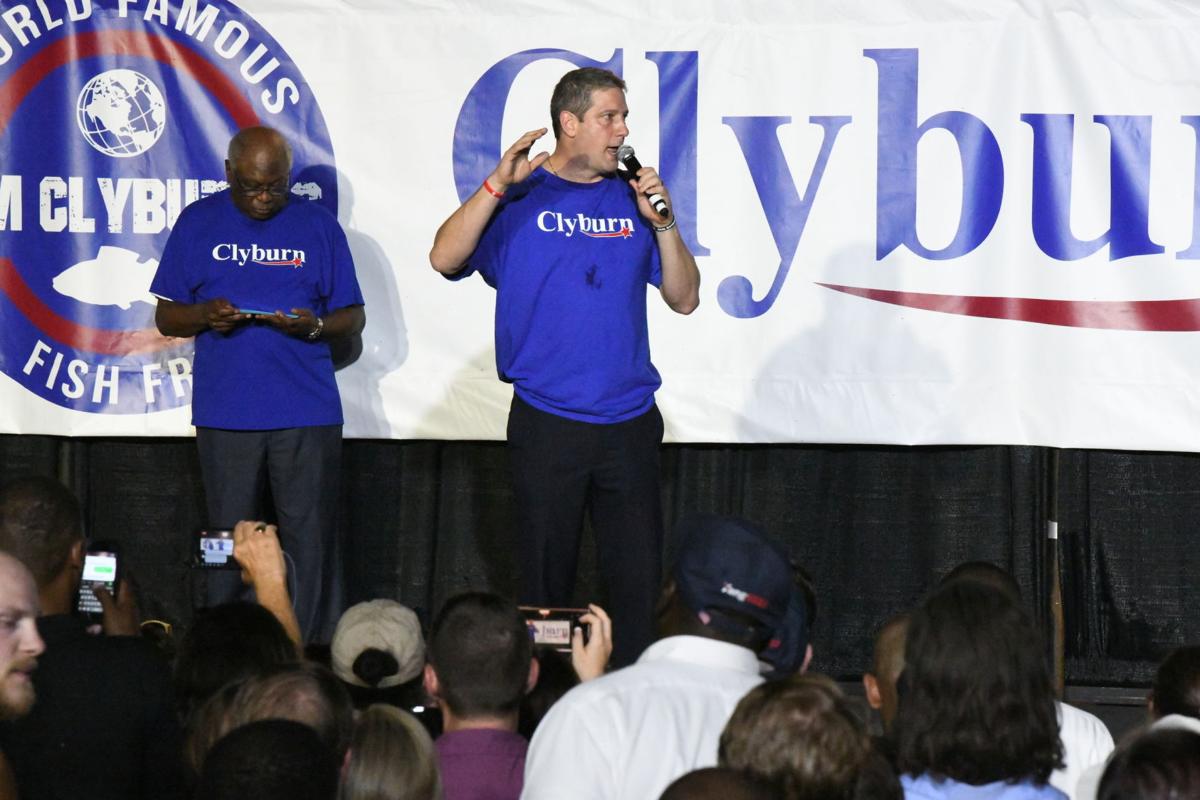 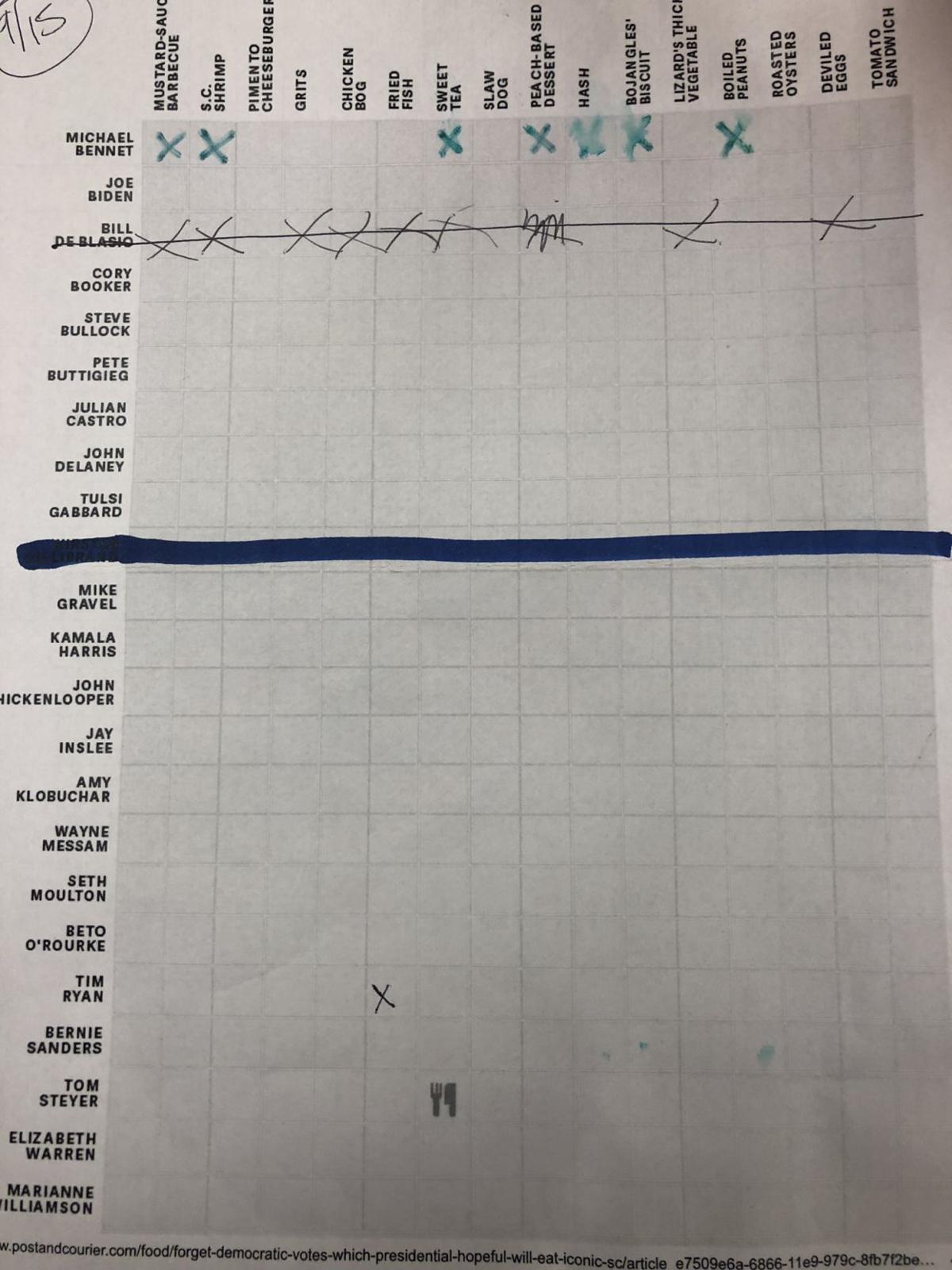 Political campaigning is often compared to a horse race, but it’s actually so much more exciting. When’s the last time you watched a black horse sprint several lengths ahead of the pack and then crumple to the ground in a disqualified heap?

Such was the case in September for New York City Mayor Bill de Blasio, who mounted the more serious assault yet in The Post and Courier’s S.C. Iconic Food Challenge for Democratic presidential hopefuls.

In the days leading up to the Galivants Ferry Stump, de Blasio ate voraciously. According to his staff, he ate mustard-sauced barbecue, South Carolina shrimp, grits, fried fish, deviled eggs and Lizard’s Thicket collards – and those were just the items off the Food Challenge checklist. (His press representatives briefly dithered over peach cobbler before recalling he ate that Challenge dish in New Hampshire.)

Adding bog and sweet tea to de Blasio’s cumulative tally put him just eight tastes away from victory. But quicker than you can say "Bojangles’ biscuit," his campaign was over. De Blasio dropped out of the primary race Sept. 20.

Since only declared candidates are eligible to win the Food Challenge, de Blasio can now eat slaw dogs for the pure joy of it. And Colorado Sen. Michael Bennet can revel in knowing his place atop the Food Challenge ranking is secure.

Bennet in August collected seven dishes, or seven times as many as his closest competitor, Tom Steyer, had notched.

The photographic evidence isn’t fully conclusive. Despite using the best technology at The Post and Courier’s disposal (aka Windows Photo Viewer) to zoom in on a Sept. 5 picture of the congressman at The Beacon Drive-In, it’s impossible to tell precisely what’s on his plate. It sure looks like fish and hush puppies, though, so he’s getting credit in the category.

Ryan may have also eaten an iconic dish or two in the company of Florence County Democrats at Thunderbird Country Buffet, but in the single extant shot of the Sept. 3 lunch, he’s blocking the view of his plate as capably as a football coach covering his mouth when calling plays. There’s no telling what his left hand is shielding, although an unclaimed plate near the camera looks like a Food Challenge illustration. It’s arrayed with cornbread, fried chicken, greens and fried fish.

What is visible in the picture is Ryan’s plastic cup. While the other Democrats at the table appear to be drinking lemonade and sweet tea, he opted for water. Opportunity lost.

We’ll check in with the candidates again at the start of November: Keep an eye on that “roasted oysters” column.