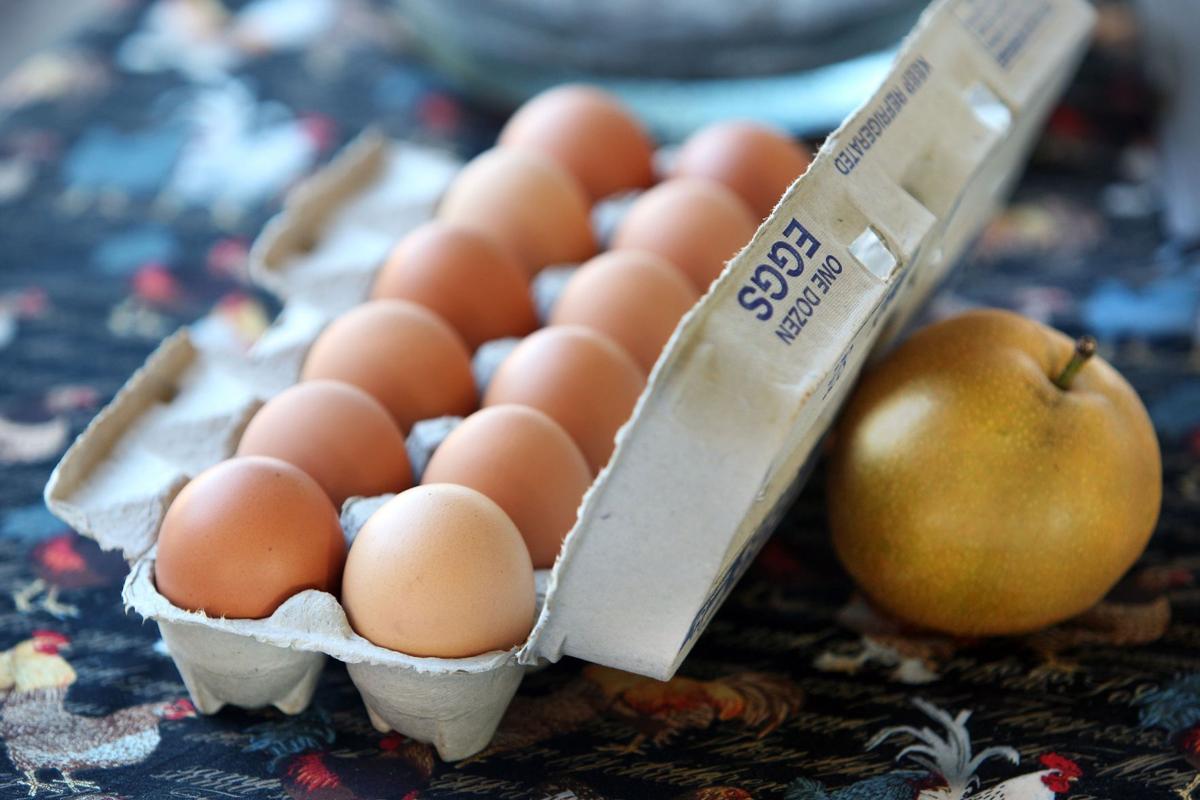 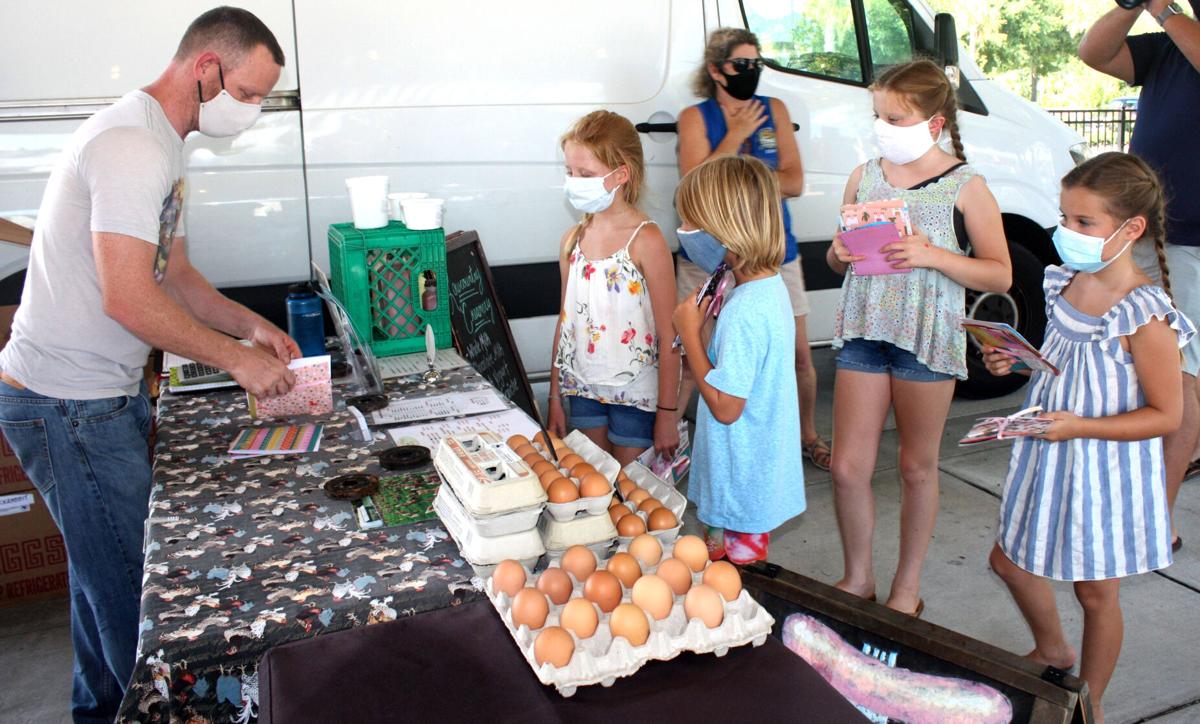 Nathan Boggs of Fili-West Farms receives a handwritten card from the Happy Helpers during the Farmers Market on Aug. 4, 2020. File/Cecilia Brown/Moultrie News 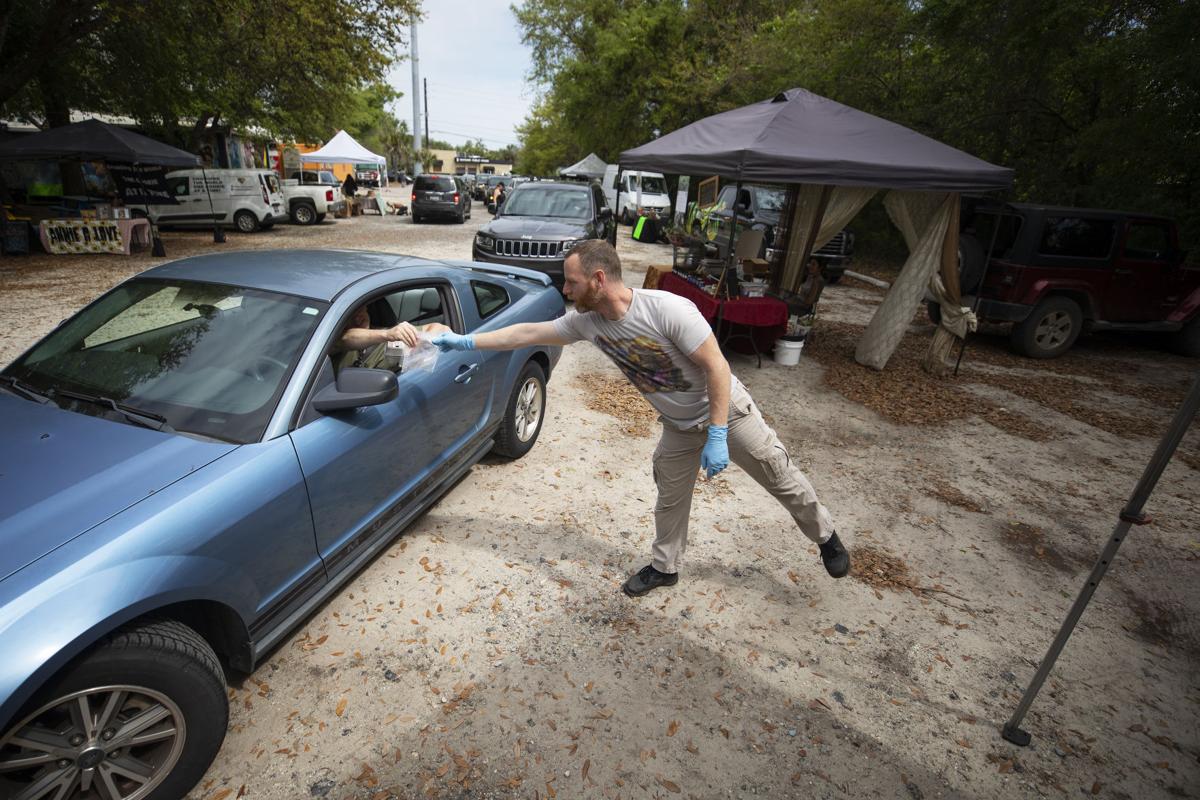 Nathan Boggs, co-owner of Fili-West Farms, helps a customer at a drive-thru farmers market behind The Pour House on James Island on April 5, 2020. Lauren Petracca/Staff 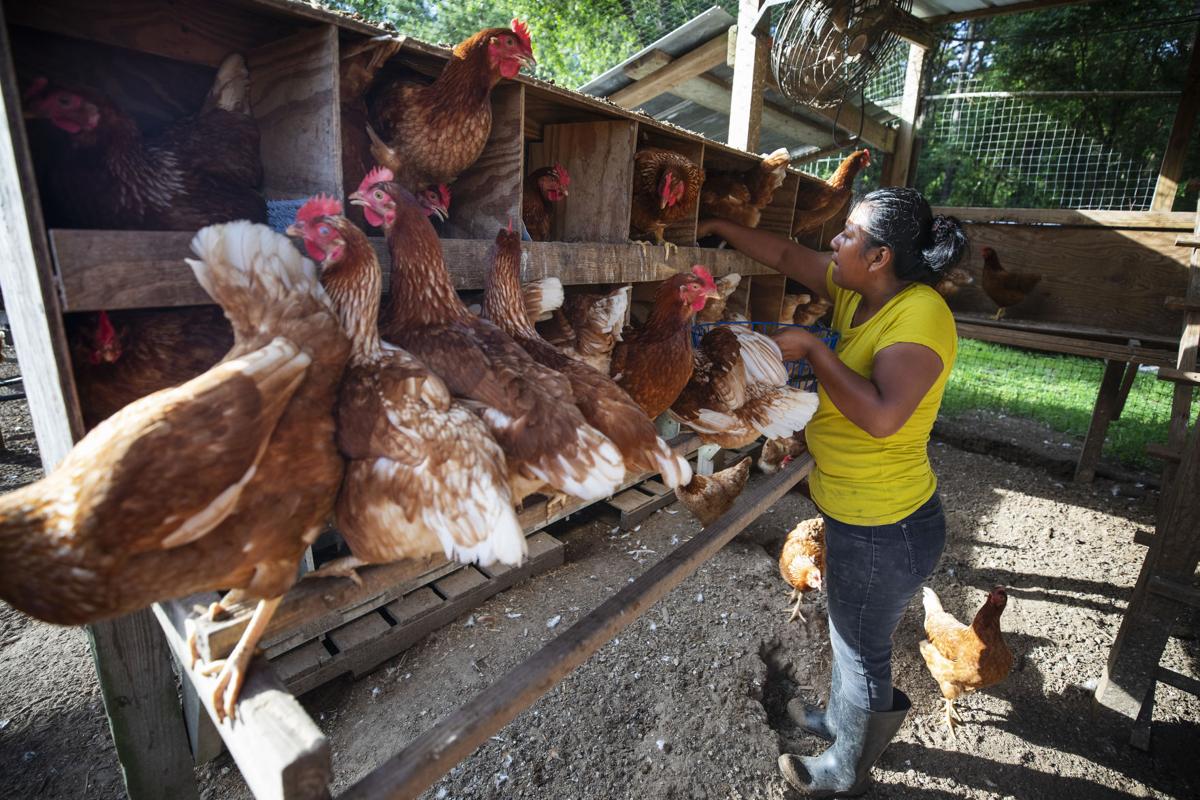 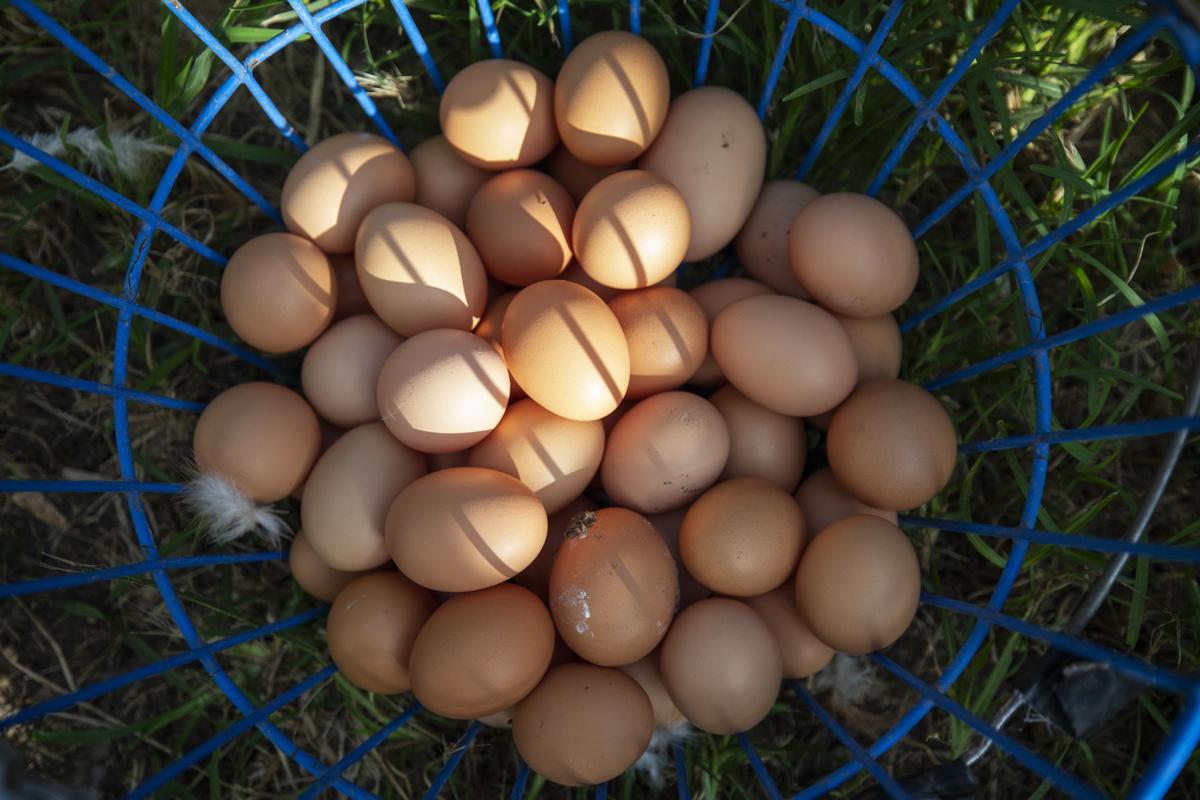 Eggs collected from chickens at Storey Farms on Johns Island are piled in a basket on June 29, 2020. Lauren Petracca/Staff 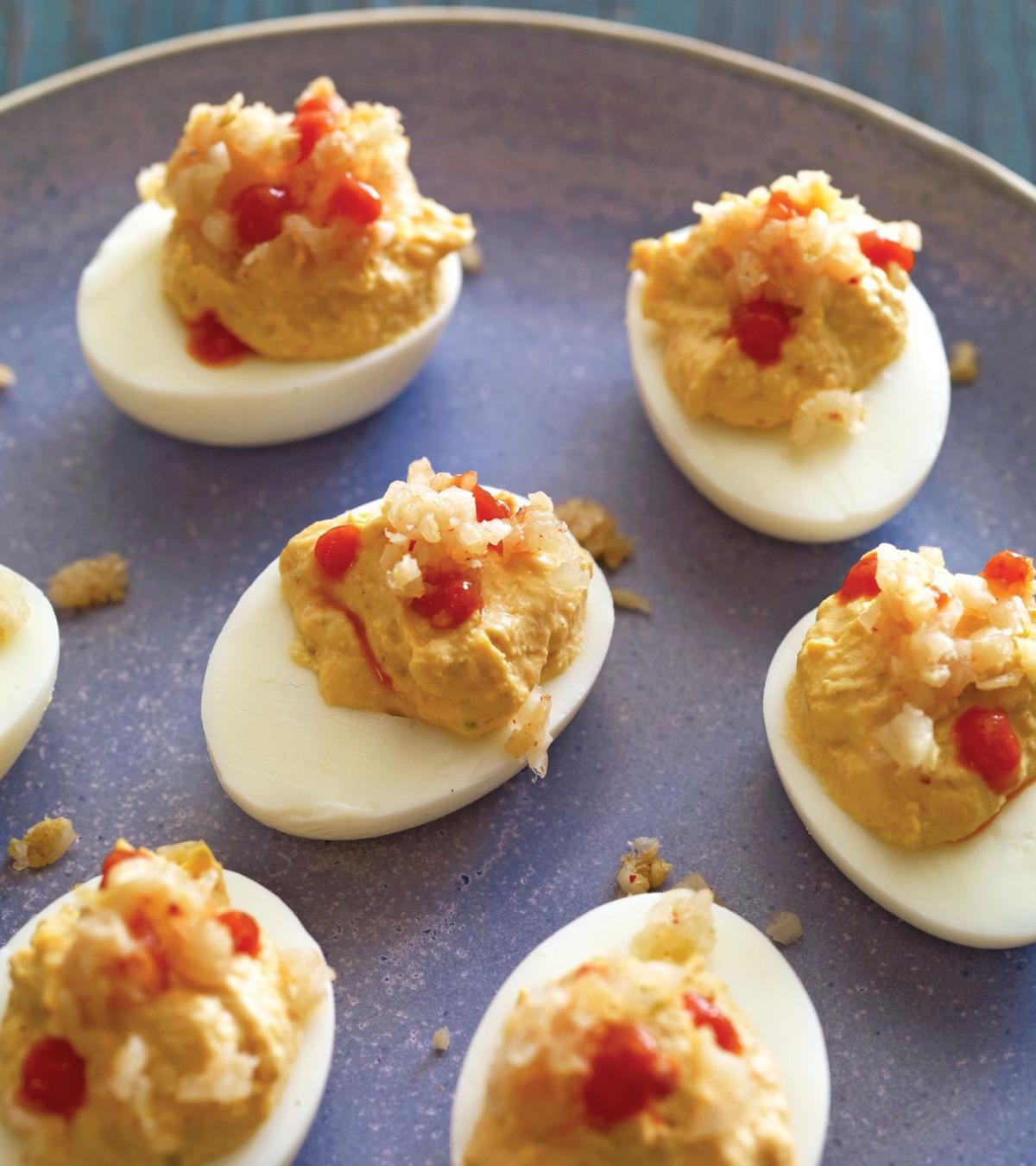 Nathan Boggs of Fili-West Farms receives a handwritten card from the Happy Helpers during the Farmers Market on Aug. 4, 2020. File/Cecilia Brown/Moultrie News

Eggs collected from chickens at Storey Farms on Johns Island are piled in a basket on June 29, 2020. Lauren Petracca/Staff

It’s time for the “all things egg” season. As we wait for the marsh grasses to green up while celebrating blooms, longer days and cooking with the windows open (at least until the humidity kicks in), religious celebratory meals this time of year often incorporate an egg as a symbol of fertility and potential.

But eggs are more than just a symbol of the season — they’re more plentiful this season, too.

A study conducted by Penn State's College of Agricultural Sciences showed that eggs produced by chickens allowed to forage in pastures are higher in some beneficial nutrients, and many chefs love them for their deep yellow, firm yolks.

Cauliflower is blooming in Charleston area, providing a bouquet of options for home cooks

When it comes to eggs, of course, you can go the chain grocery store route, but locally, we have some wonderful purveyors who specialize in pasture-raised birds, which is a great place to begin exploring the joys of the fresh egg, even without a coop in your backyard.

Fili-West Farms, just off Interstate 95 in Vance, about a 55-minute drive from Charleston, is one such purveyor. Its website explains that “We’re a ‘Fili-Western’ couple (A term coined long ago to indicate the union of a Filipino/Filipina with someone from the Western world).”

Co-owners Nathan and Ghie Boggs have been farming since 2009, and at any one time they have 3,000 hens laying eggs in Chicken Caravans, a mobile unit developed in Australia. The farm uses the device to easily and frequently move its flocks so the chickens can graze on fresh grass and, as Nathan said, “express their chicken-ness.”

The flocks are all Hy-Line Browns and they produce approximately 1,500 dozen eggs a week, which the farm sells wholesale to local markets and restaurants, and directly to consumers from a stall at the Sunday Brunch Farmers Market on James Island.

“We are really interested in participating in the right kind of agriculture,” Nathan said. “We’re a small, passionate farm.”

Eggs scarce at some supermarkets, but Charleston-area farms have plenty of eggs to sell

On the day I visited, the chickens were quietly grazing, only omitting low, calm noises, a good sign that they are indeed calm and feeling “chicken-y.” Their beaks were intact (many big commercial producers file down chicken beaks so that they don’t peck each other while caged), allowing the Fili-West chickens to forage on grass, as well as the grubs and bugs they find as they peck, supplementing their diet of feed.

Their eating habits produce an egg with a firm yolk and deep yellow color, prized by chefs such as Jacques Larson, who has been purchasing from the farm since his days at Mercato on Market Street.

Still, when it comes to fresh eggs, there are a couple of things to keep in mind.

First, if you are purchasing your egg from a refrigerator section, keep it refrigerated. The shell is protective, but if it’s been chilled for shipping or other purpose, its pores will open as it warms, which opens up the egg to potential pathogens. The Centers for Disease Control recommends refrigeration as a rule.

Your guide to the best, most ambitious and most fun farmers markets around Charleston

Second, if you want to boil eggs to later peel (such as for deviled eggs), they will need to have a bit of age on them so that there is a little air pocket between contents and shell. Otherwise, peeling eggs will be a futile and frustrating task.

Do what I do and buy two dozen at a time. Eggs can last in the fridge for eight weeks, Boggs said, and that second dozen will be ready for boiled preps by the time you’ve used your first set for recipes such as those provided here.