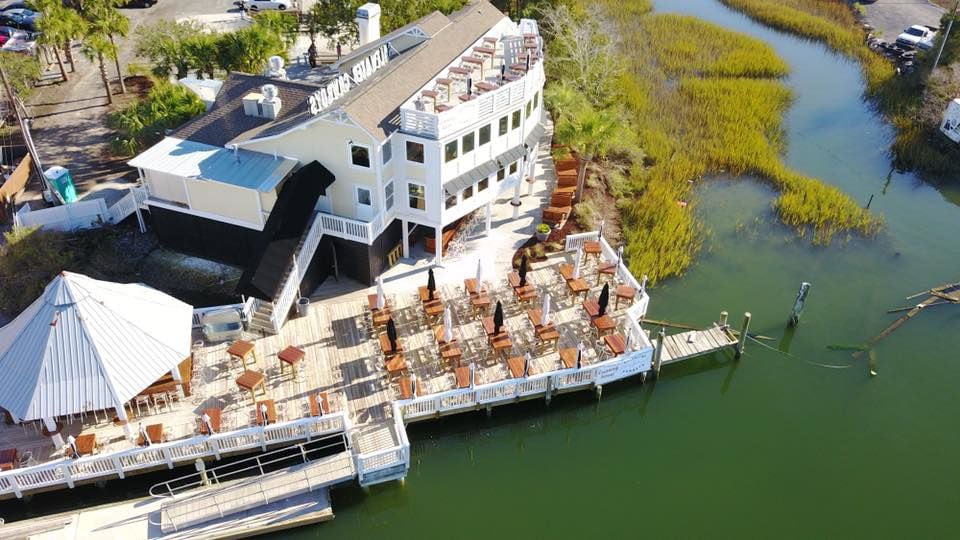 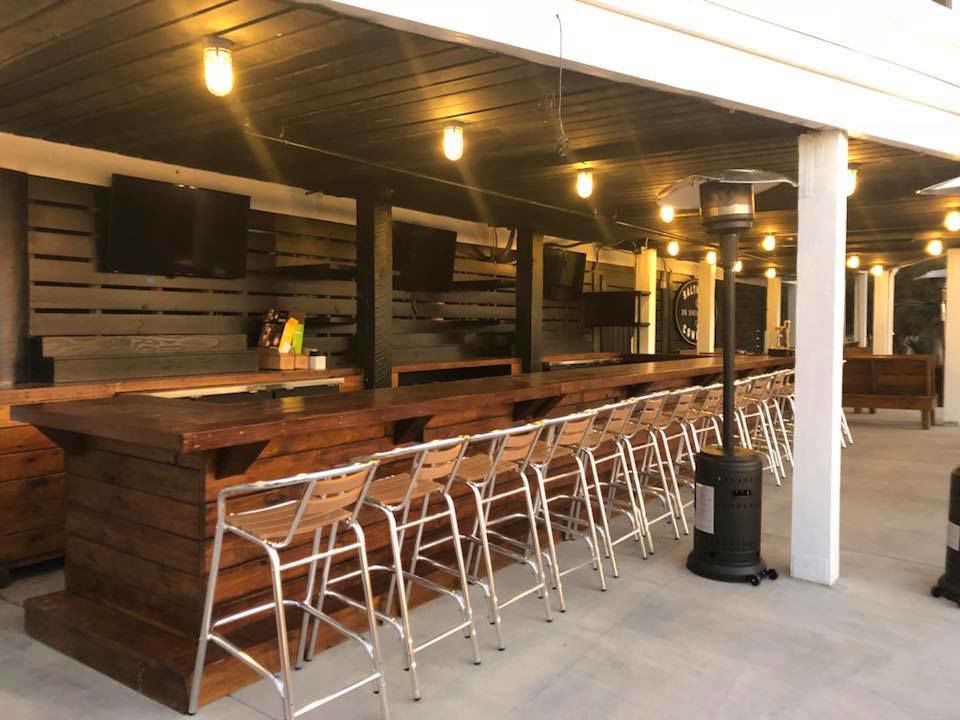 One of two outdoor bars at Saltwater Cowboys. Provided 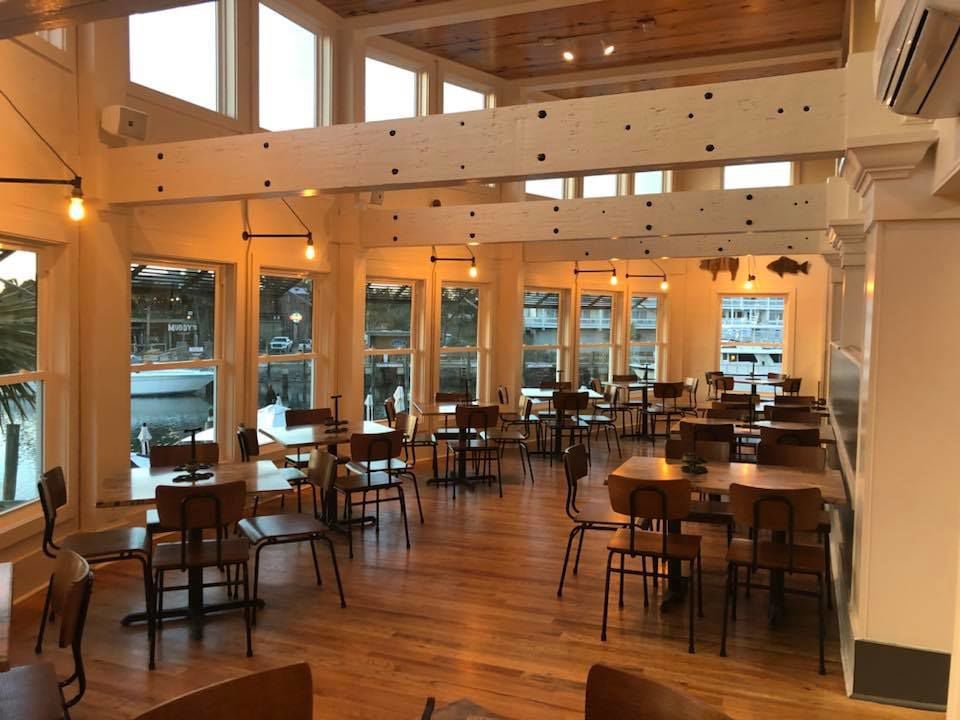 The views inside at Saltwater Cowboys are good too. Provided 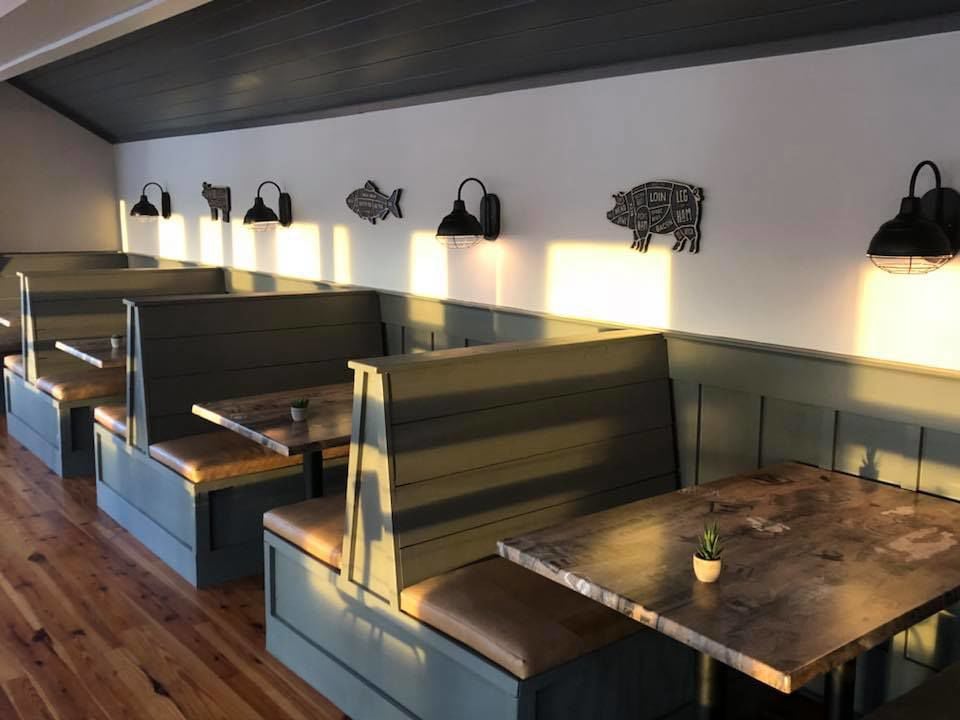 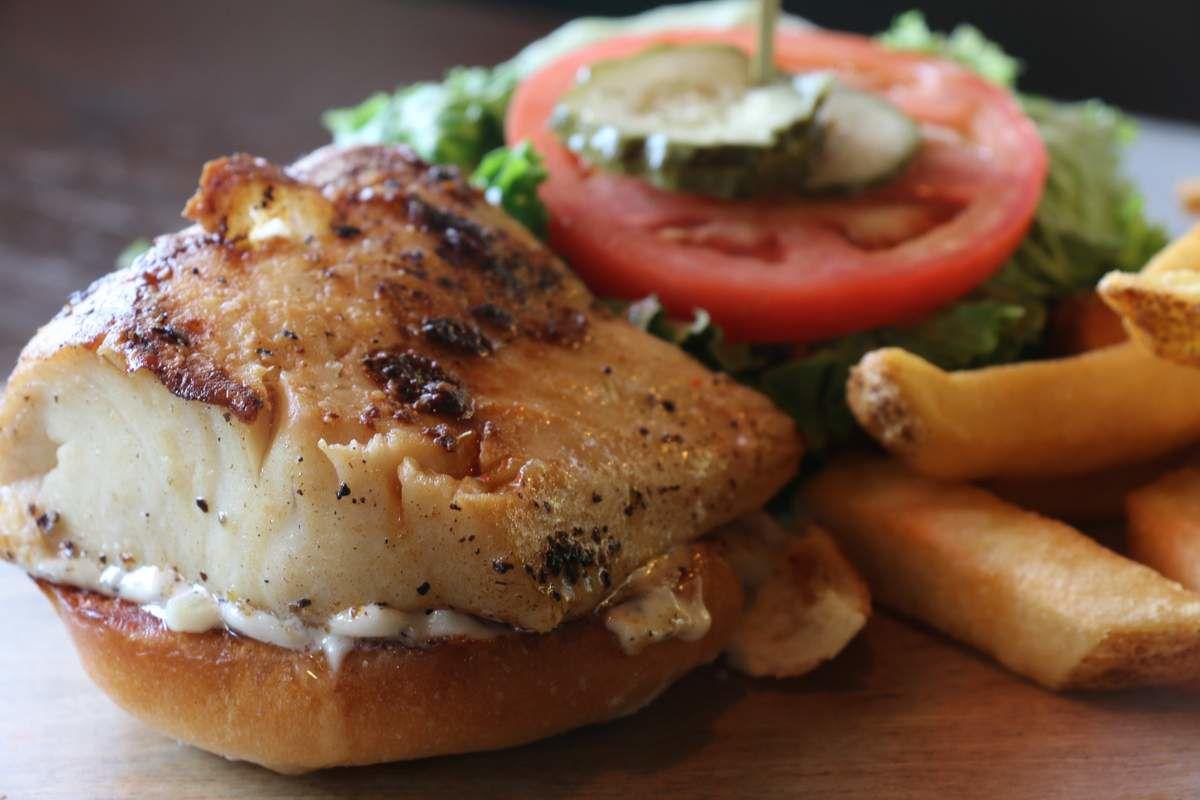 Grouper sandwich is just one of the crowd-pleasing sandwiches on the menu at Saltwater Cowboys. Provided 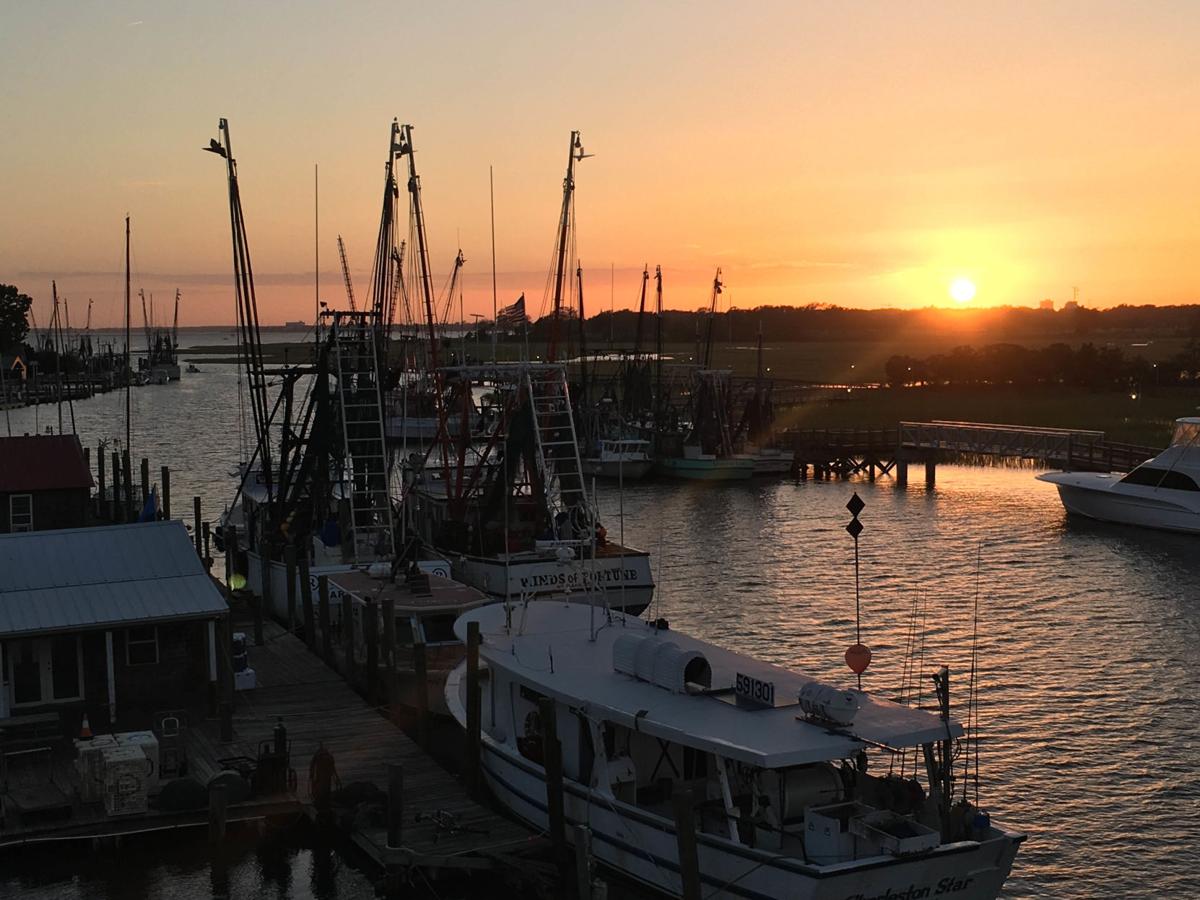 The unadulterated view from the rooftop deck of Saltwater Cowboys. Provided.

One of two outdoor bars at Saltwater Cowboys. Provided

The views inside at Saltwater Cowboys are good too. Provided

Grouper sandwich is just one of the crowd-pleasing sandwiches on the menu at Saltwater Cowboys. Provided

The unadulterated view from the rooftop deck of Saltwater Cowboys. Provided.

The view from Saltwater Cowboys is pristine. Situated toward the mouth of Shem Creek across the water from Vickery's, the sprawling restaurant looks out over the fishing docks and shrimp boats. The rooftop deck perched three stories up promises to be the place to be for sunset happy hour.

The former wedding venue has been repurposed into a restaurant by a trio of partners: Brad Yearout, Wade Boals and Joel Olindo. Olindo is a Shem Creek resident who is also a partner in Nico. Yearout and Boals are lifelong friends who have known each other since they were 14.

"Wade and I've been doing the Noisy Oyster since 1999," says Yearout. "We've done restaurants, yard service, firewood, just about anything to make some money."

Yearout says for the Mt. Pleasant natives to be back on Shem Creek, where they worked as youngsters back in the 80s and 90s, is like coming back home. "It's really special for us."

They are keeping the focus on simple, crowd-pleasing fare. Wade Boals' grandmother was a Bessinger, so that's the cowboy side of the menu, which will feature wood-smoked pork, ribs, a smoked sausage po' boy and burgers. On the saltwater side, they're featuring local shrimp and fish caught by those working on Shem Creek. "We'll be buying shrimp from the Edwards, Grace and Tommy," says Yearout. "The Charleston Star is a fishing boat that works out of here, and we'll be buying fish from them."

The crowds are destined to like this spot. The massive outdoor deck seats 150 and will be served by two large bars. A new floating dock was added for boaters to pull up, and friendly dogs are invited too.

Affordability was an important issue, says Yearout, and they've priced the menu in the $15-$18 price range, but there's a lot to be had on the appetizer menu (trashcan nachos, smoked oyster spread, cheddar creek biscuits, fried grouper fingers) for less than $10.

Specialty cocktails named after Shem Creek's working crews range from $8 to $12, but the beers start at $3.50 and 2-oz. bourbon pours at $5.

Saltwater Cowboys opens for dinner this Friday night and will roll out lunch and brunch in the coming weeks. "The goal is to be a seven-day-a-week, 14-shift restaurant," he says.

The trick is staffing such a massive restaurant, but as the nice weather rolls in and the crowds with it, he doesn't think he'll have much of a problem attracting help once they're open.

Saltwater Cowboys is located at 130 Mill Street (on the right behind that massive parking garage). 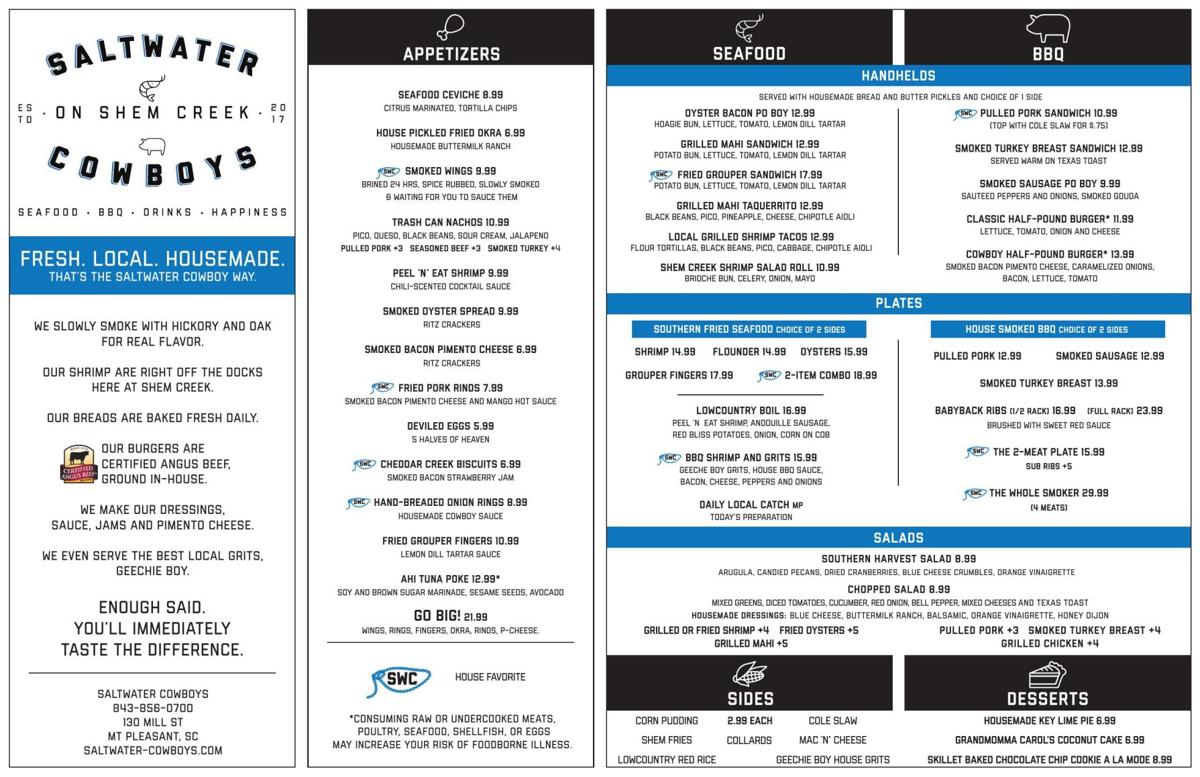