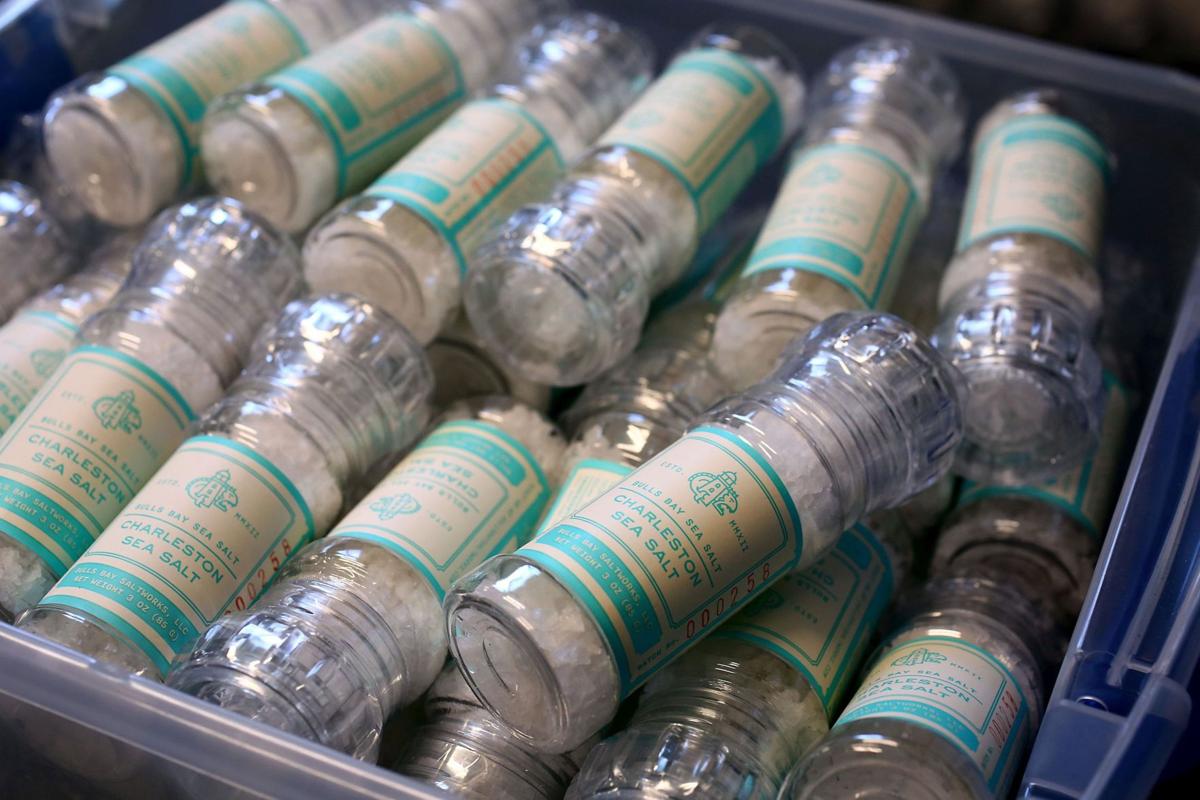 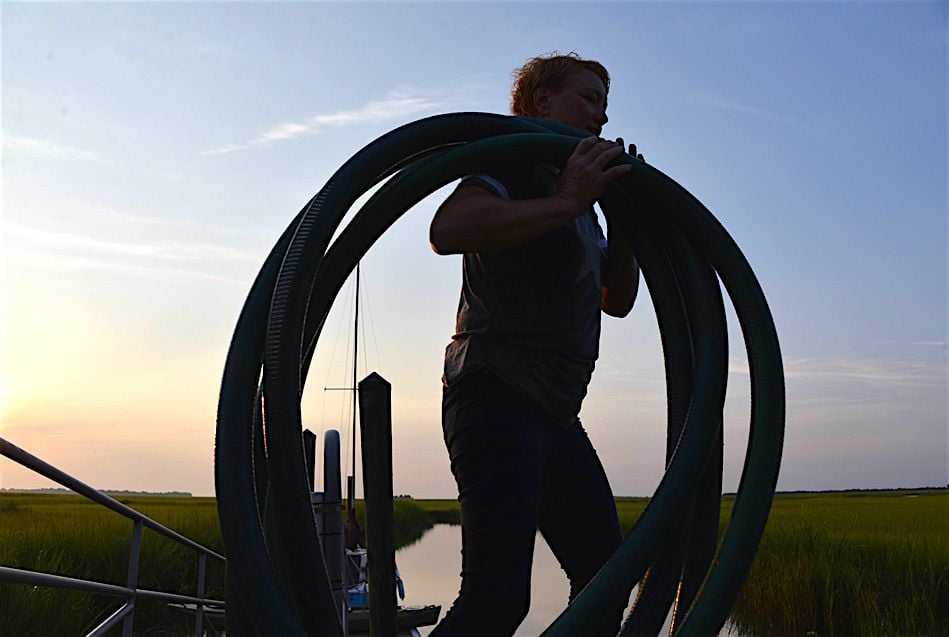 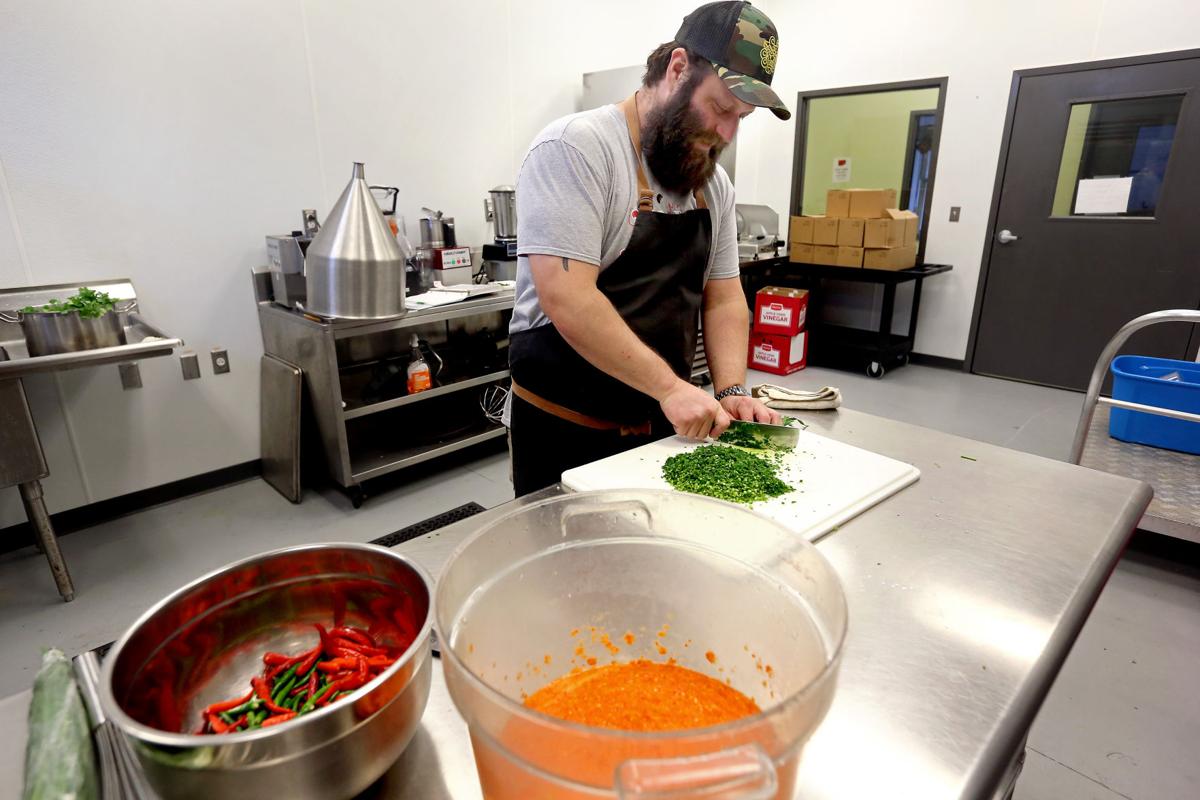 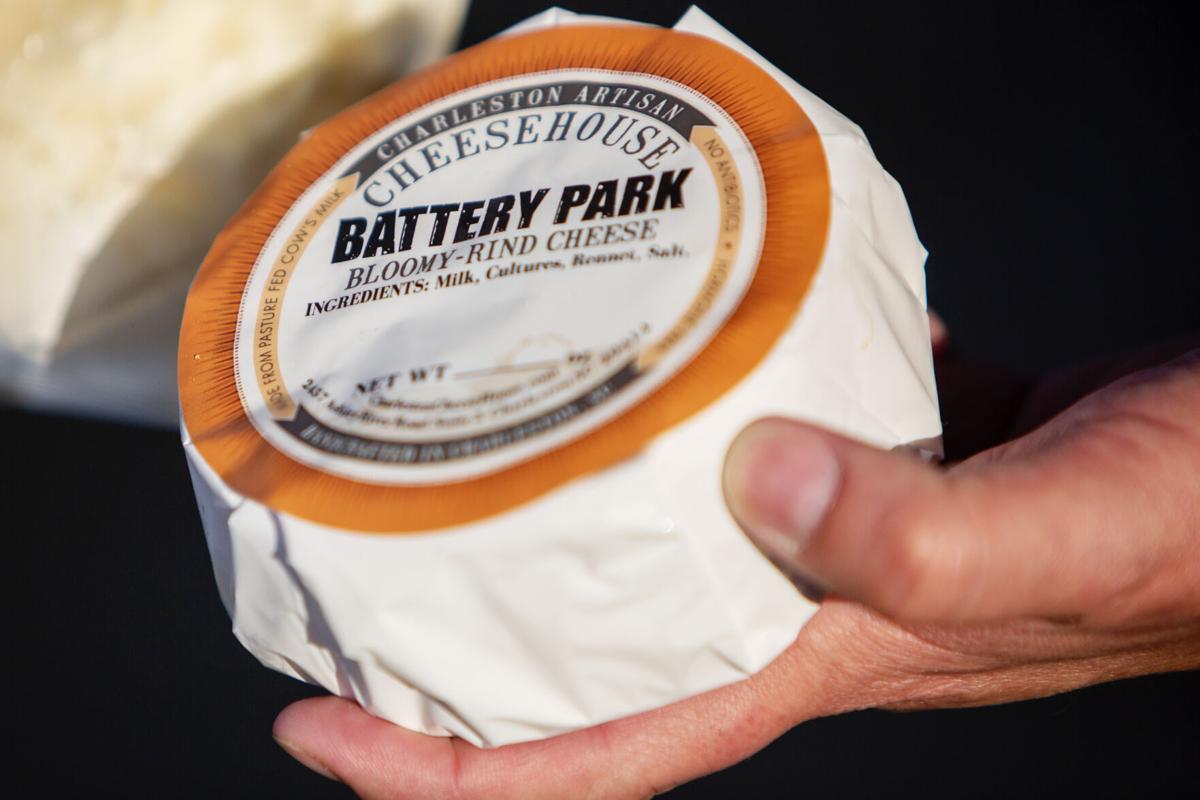 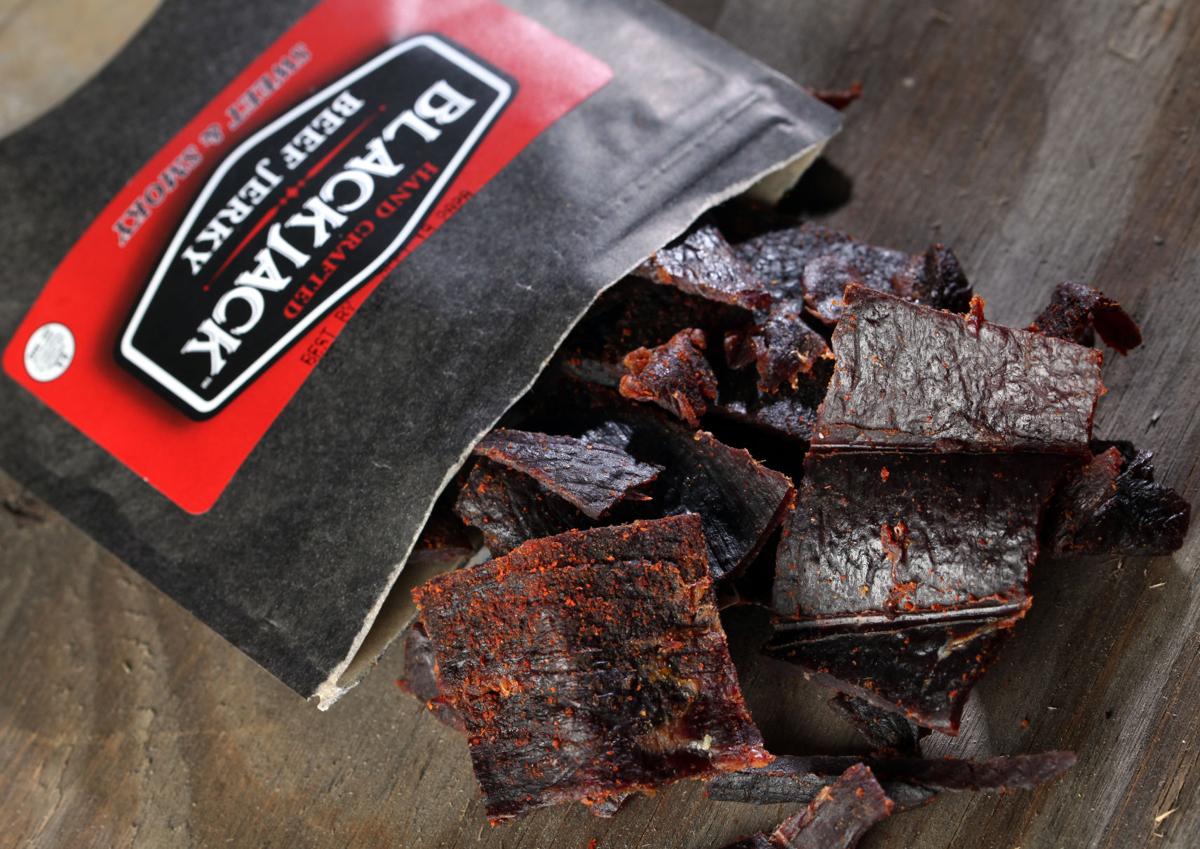 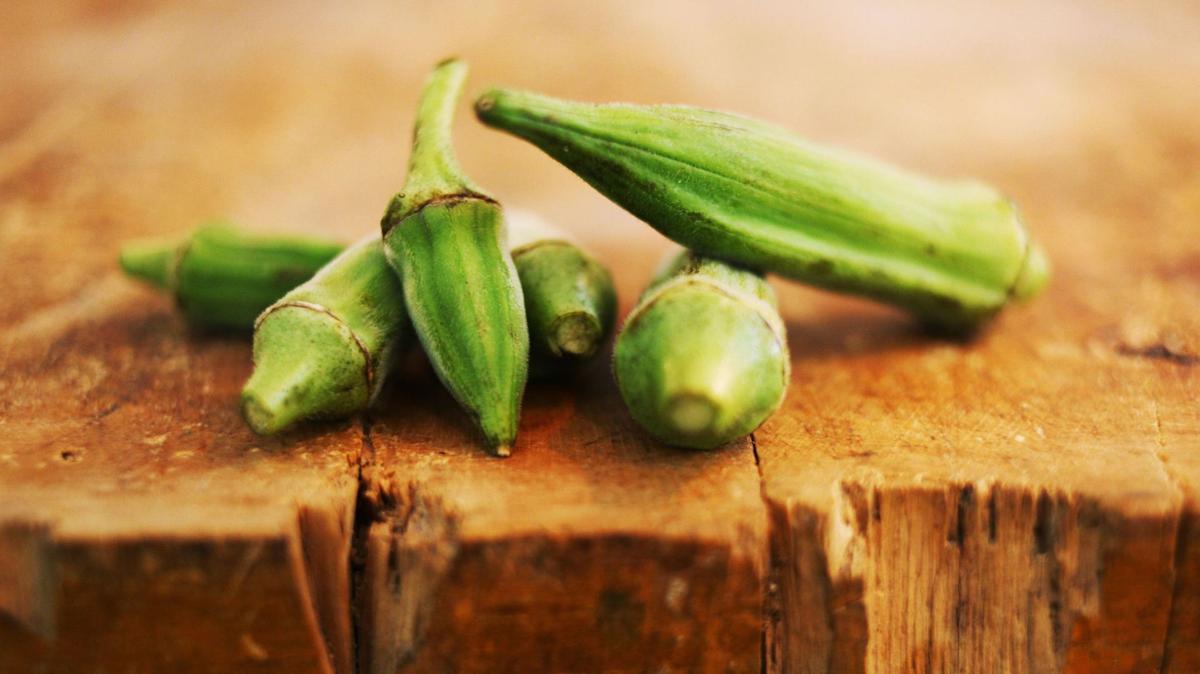 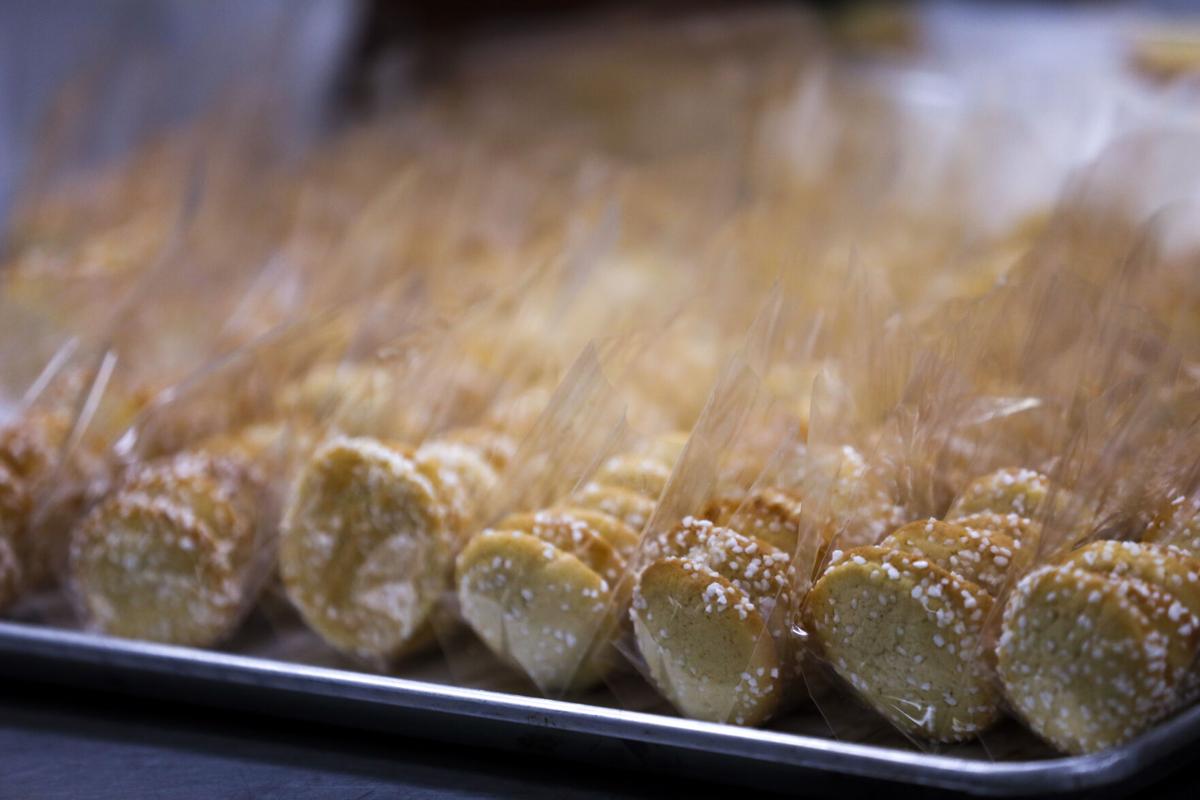 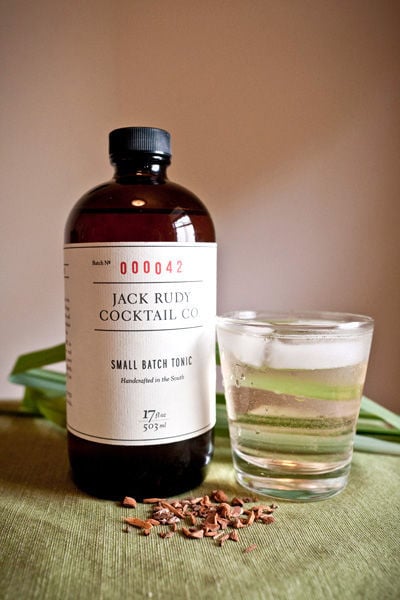 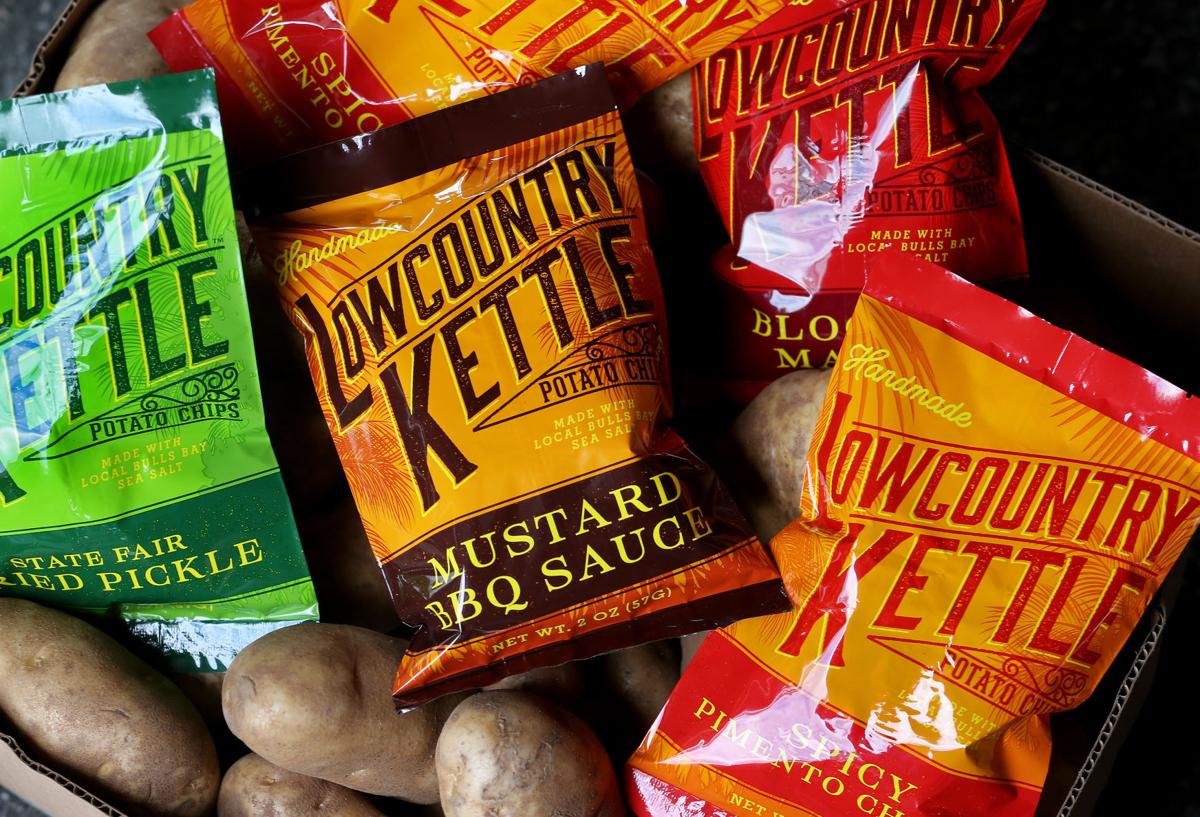 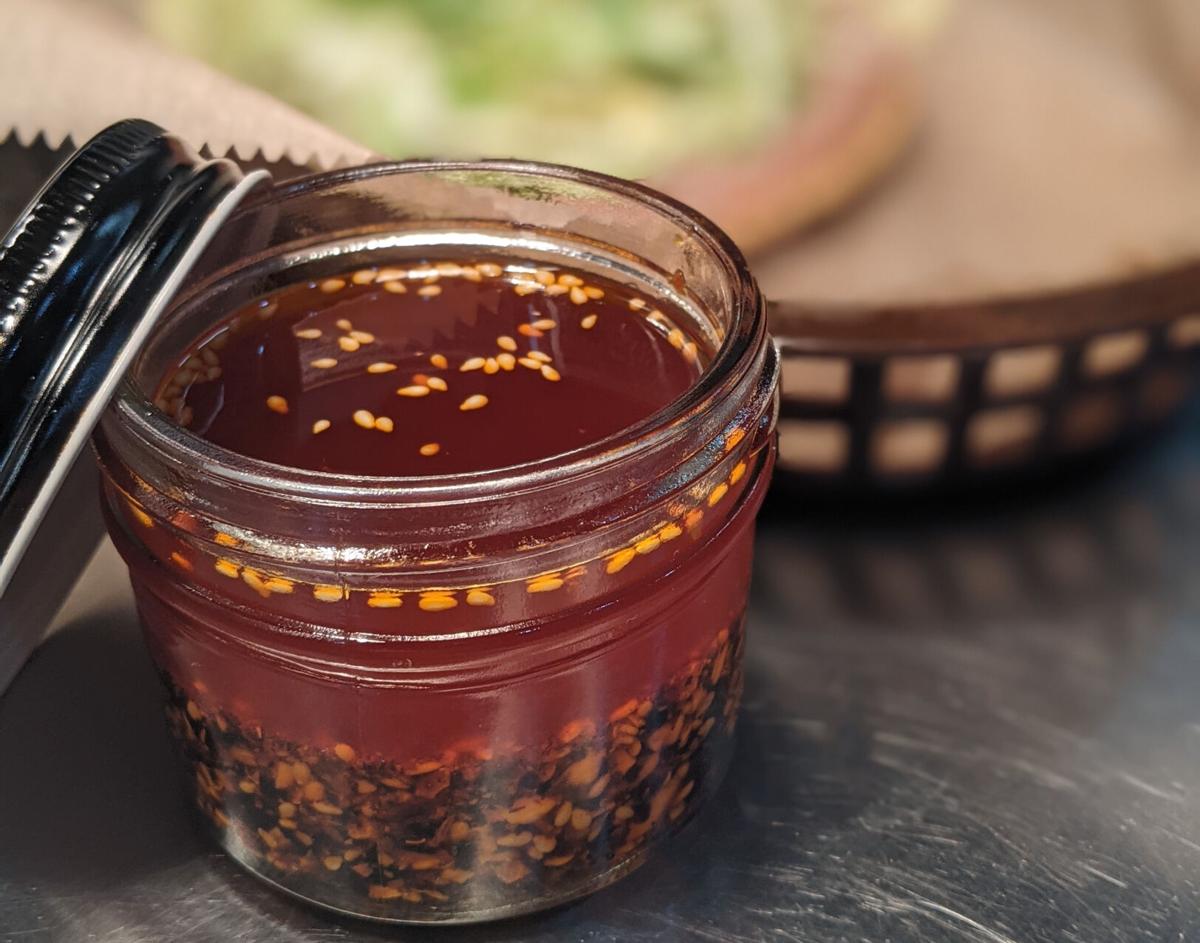 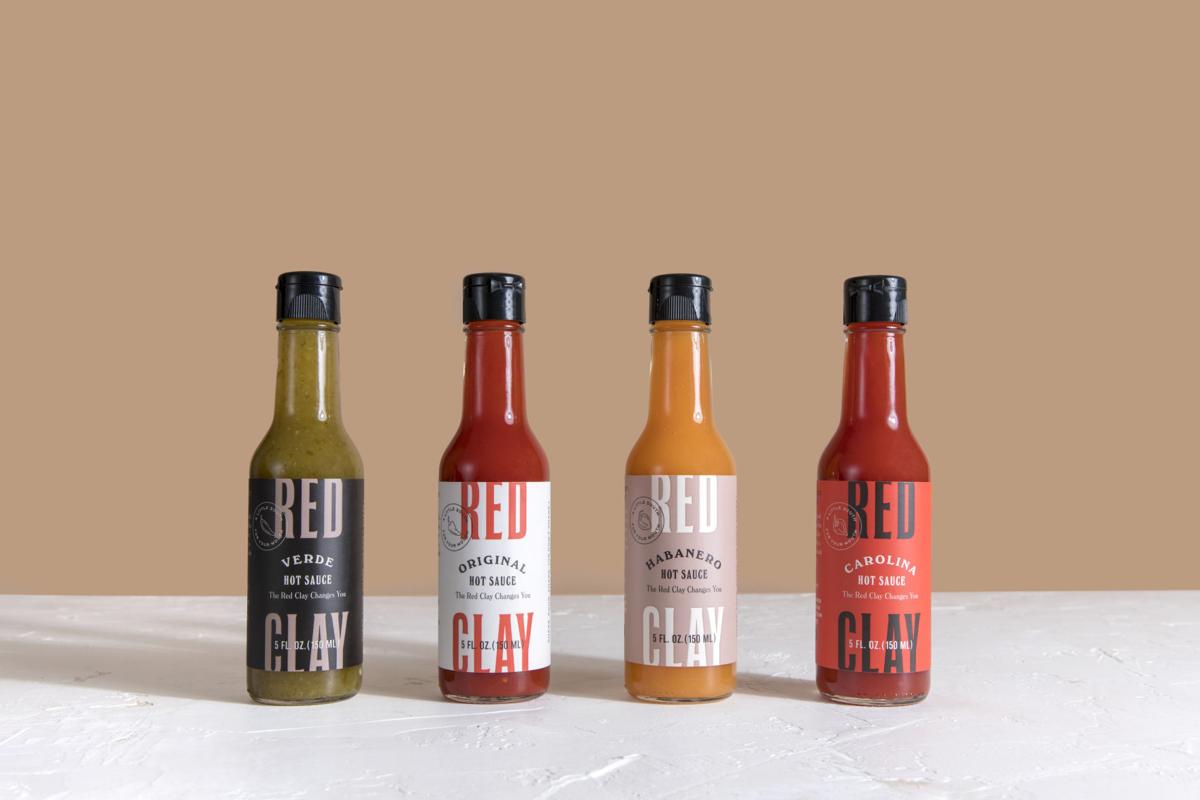 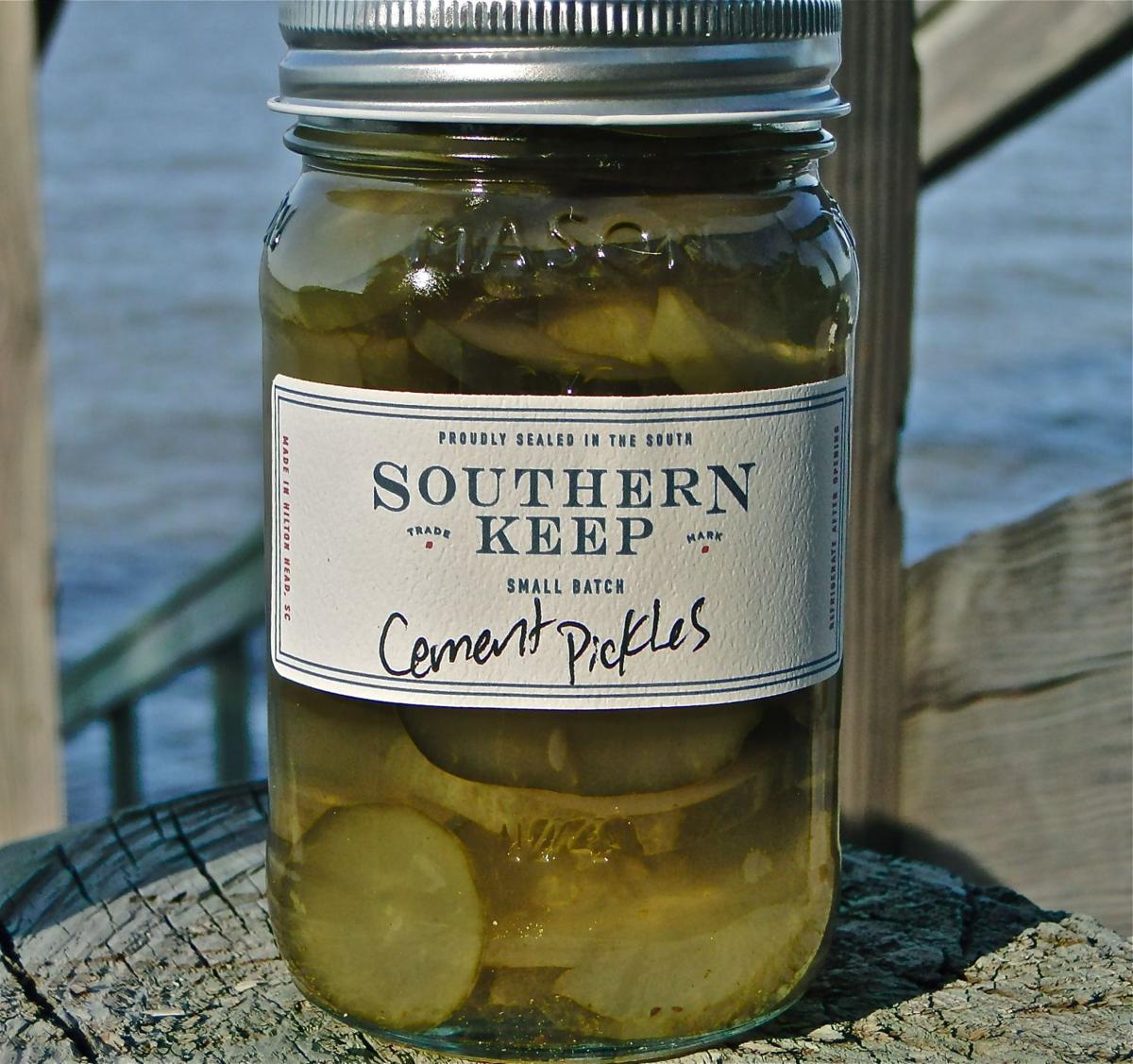 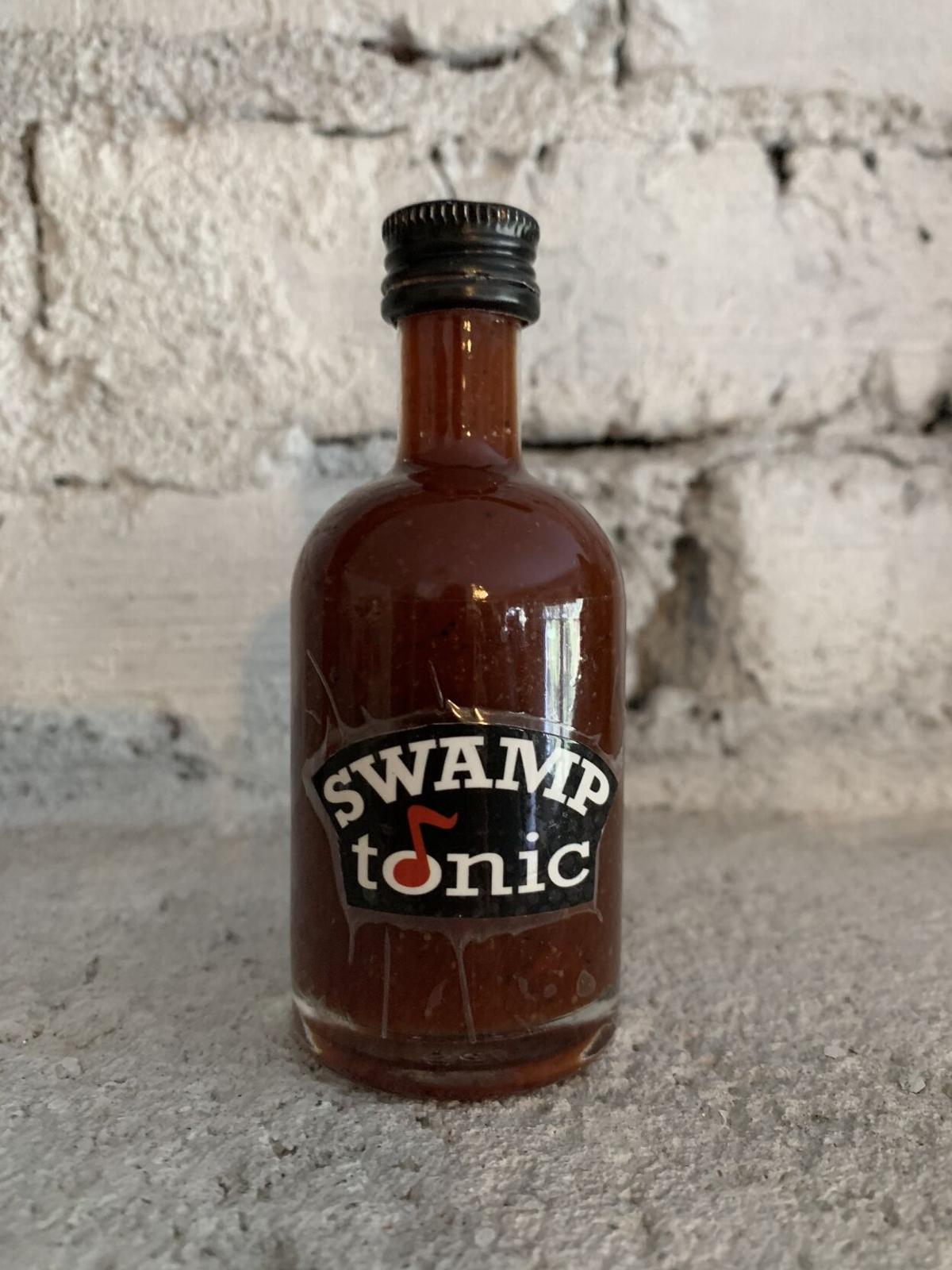 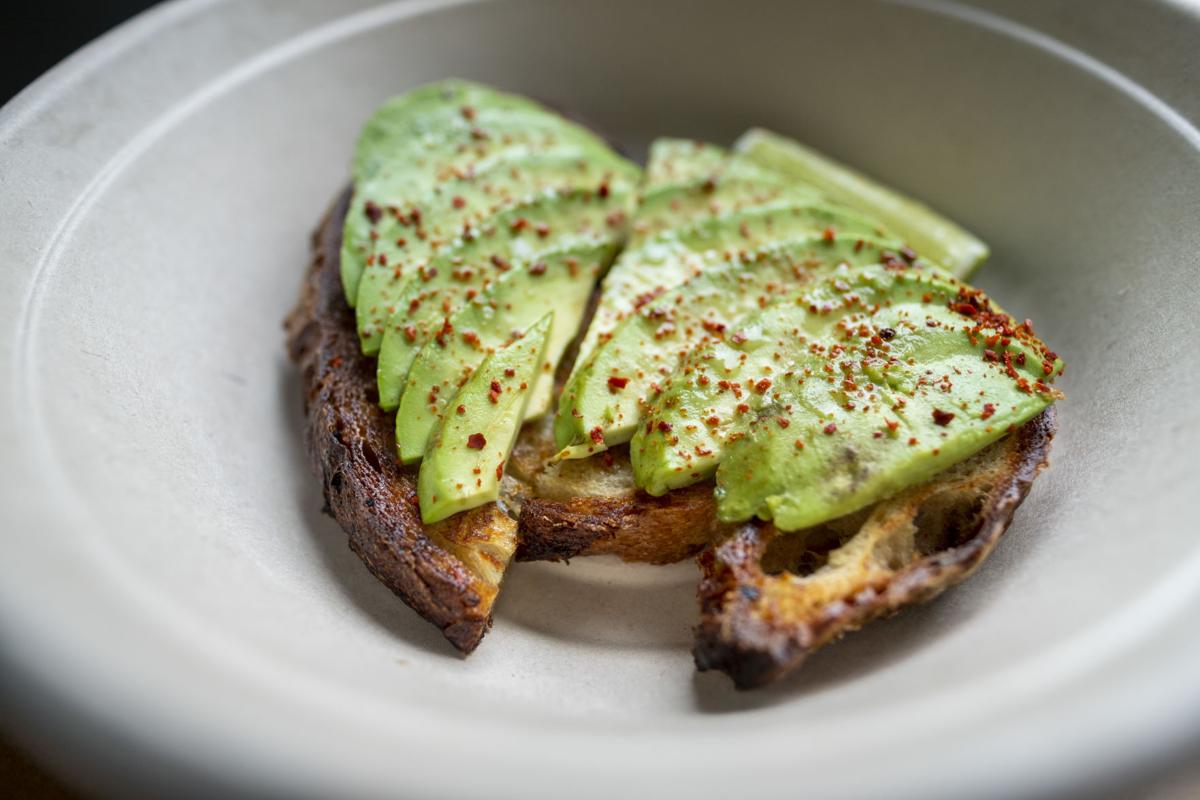 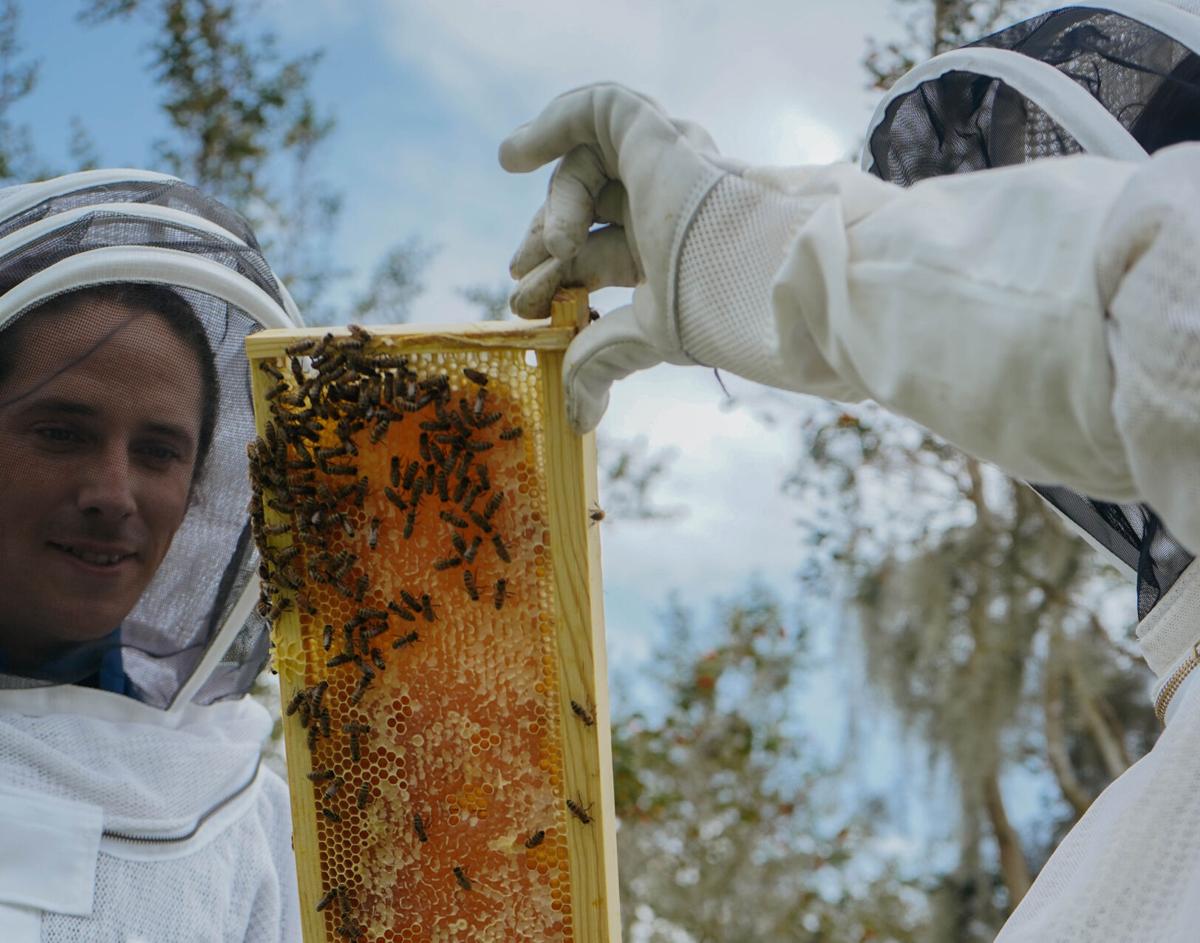 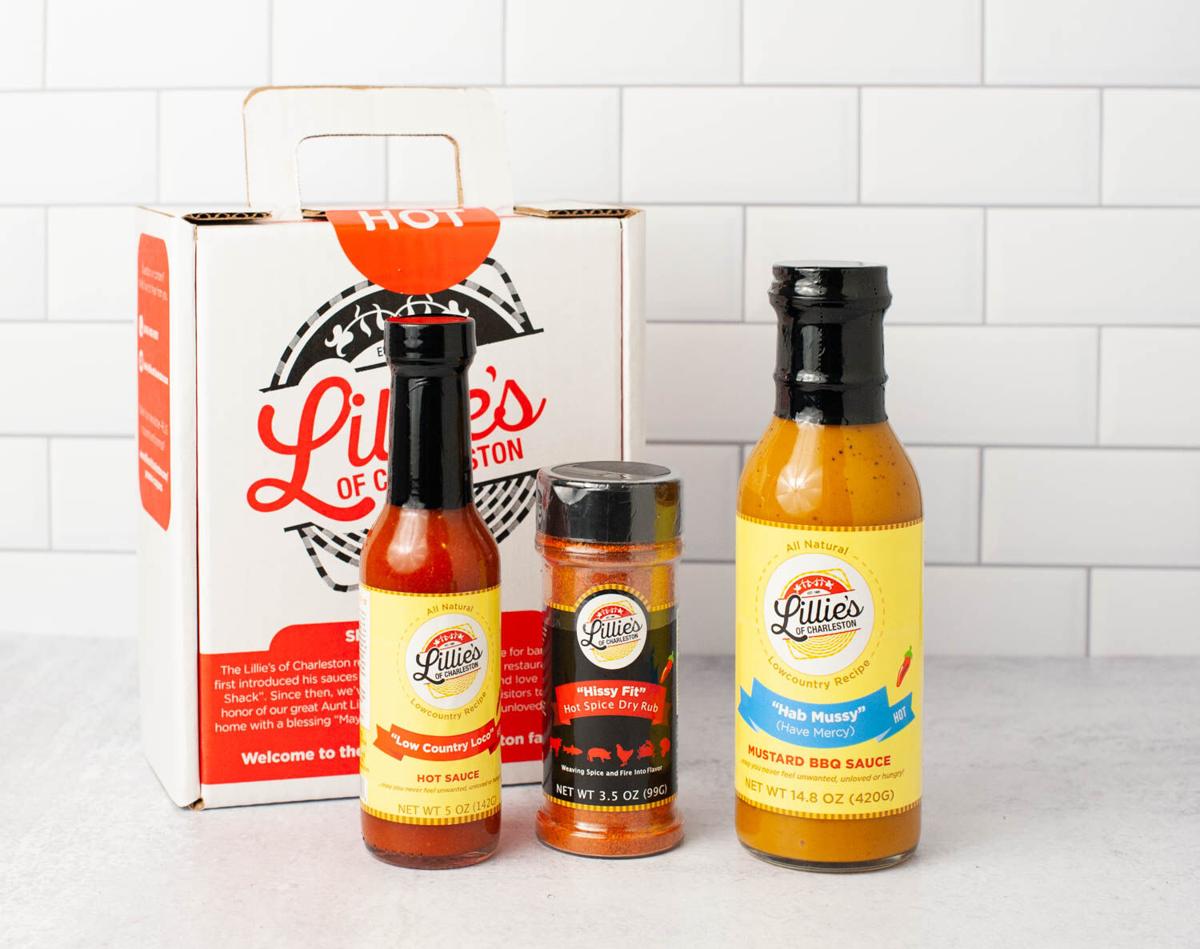 I know: It’s exceedingly bad form to talk about a party that not everyone in earshot is attending.

But it’s understandable that tickets to The Post and Courier Food section’s virtual tasting parties, scheduled for Feb. 22 and Feb. 24, sold so quickly: Each evening conversation features roughly half of the producers listed below, and the price of admission includes a tasting kit with food samples from the showcased guests, drawn from my personal list of favorites.

As I write this, there are only three kits left to be claimed.

Still, even if you haven’t already registered for one or both of the events, that doesn’t mean you can’t experience at least some of the fun. You have two great options for supporting Charleston area food artisans.

First, we’re offering $10 viewing tickets for the virtual get-togethers. As the name suggests, those tickets don’t come with food samples, but you can tune in to learn more about local food producers and what they’re making.

(Plus, all proceeds from the parties are going to Pay It Forward Charleston, a nonprofit offering emergency assistance to hospitality workers, so you know in advance that it’s money well spent.)

Second, if you’re more interested in the comestibles than the expert commentary, you can put together your own private tasting party with the help of this list.

Many of the items listed here are available at local outlets such as The Veggie Bin; Lowcountry Street Grocery or Storey Farms Table, but the surest source is the makers themselves: You’ll find all of their websites here.

Also listed here is a representative product for each producer, which is a good place to start if you're buying independently. To be clear, though, the "representative product" isn't necessarily what ticket holders will find in their tasting kits, since producers in certain cases are using this opportunity to introduce new varieties or talk about items they feel deserve more attention.

For more information about the Virtual Tasting Parties, go to pcfoodtastingparty.eventbrite.com. Hope to see you there!

Background: Founded in 2011 by College of Charleston students, Apis set up its first hive behind a house on St. Philip Street. Owners John Berdux and Liam Becker have since partnered with beekeepers across the country to produce a range of regional honeys.

Background: Salt is in the Charleston air, but local salt wasn’t on Charleston area tables until Teresa Smithmyer in 2012 launched the first commercial salt operation in South Carolina since the Civil War put the state’s last harvester out of business.

Claim to fame: Bon Appetit in 2015 named Bulls Bay among the nation’s eight great salts, describing its “massive diamond” flakes as “the Papa Bear of the sea salt family.”

Background: Cris Miller was just back from a deployment to Afghanistan when she and Bob Cook, now chef-partner at Edmund’s Oast, constructed what they considered the ideal condiment from sesame oil, soy sauce, fermented peppers and fish sauce. Since releasing their mustard in 2015, Miller and Cook have added three more finishers (and lots of branded merch) to their product line.

Background: Heather and Pete Holmes were working in Manhattan retail and fashion prior to purchasing Charleston Artisan Cheesehouse in 2014; they make all of their cheese with Hickory Hill Milk from Edgefield.

Food for the Southern Soul

Background: Pitmaster Jimmy Hagood, a lifelong champion of South Carolina foodways, in 2002 left the insurance business to become a caterer and specialty food producer: His company sells sauces, dry rubs and stone-milled grits. He developed his wet jerky so he’d have something smoky on hand to power an Appalachian Trail hike.

Claim to fame: Hagood in 2002 was named Grand Champion of the S.C. State Barbecue Championship.

Background: Jestine Clark Cochran of Ladson spent 30 years as a cafeteria manager before launching her “Gullah-inspired” line of canned goods, including various jams, jellies and pickles made according to family recipes.

Claim to fame: In addition to selling prepared foods, Cochran is a trained cake decorator who makes pork-n-bean cakes for the holidays.

Background: Named for the weather-forecasting spirit said to stalk Pawleys Island, Grey Ghost was founded by Katherine Frankstone in 2012. In just under a decade, the cookie company (which now also sells pound cake and chocolate pie) has grown from a one-woman operation to a business with shelf space in 700 supermarkets across the country.

Claim to fame: Southern Living singled out Grey Ghost’s molasses spice cookies as “a Southern-made food gift you should always keep on hand.”

Background: Brooks Reitz of Neighbourhood restaurant group (Leon’s, Melfi’s, Little Jack’s Tavern) is the mind behind Jack Rudy, a name now emblazoned on dropper bottles of bitters; jars of vermouth-brined olives and a spectrum of mixers.

Claim to fame: GQ hailed Jack Rudy’s tonic syrup as the secret to making “a better tonic than damn near anything you'll find on shelves.” (Soon thereafter, Bon Appetit upped the ante, specifying it’s “ten times better than any tonic.”)

Background: Tracey Richardson is now at the helm of her family’s business, which traces its sauce-selling history back to 1985, when Richardson’s father ran The Rib Shack. But the company’s name reflects the ethos that his aunt Lillie cultivated in her 1950s downtown Charleston kitchen: Nobody “left feeling unwanted, unloved or hungry,” as the Lillie’s motto puts it.

Claim to fame: Lillie’s in 2010 picked up a Scovie Award from the National Fiery Foods & Barbecue Show for its Hab Mussy Mustard BBQ Sauce.

Background: Co-founders Clayton Wynne and Andrew Trumbull came up with the idea for Lowcountry Kettle chips, available in a variety of iconic South Carolina flavors, while working together at The Obstinate Daughter on Sullivan’s Island. The company in 2020 unveiled plans for a North Charleston production facility that’s supposed to create 24 jobs and enough chips for eaters across the Southeast.

Claim to fame: If a current marketing campaign pans out, Lowcountry Kettle will be named the state’s official chip.

Background: An outlier on this list, Micho is a restaurant, not a specialty food producer. But its take on salsa macha, an oil-based chile condiment, has proven so popular at the James Island taco trailer that owners David and Tina Schuttenberg started selling it.

Claim to fame: Micho opened during the pandemic.

Background: Geoff Rhyne started tinkering with Fresno peppers and vinegar while he was a chef at The Ordinary and Leon’s, but his brand didn’t hit the big time until e-commerce veteran Molly Fienning bought into the company. The CEO recently announced Red Clay has raised $1.5 million to support continued national growth.

Background: Owner Trey Dutton, who previously served as chef at The Cloister on Sea Island and The Inn at Palmetto Bluff, combines old-timey recipes and locally picked fruit in his relishes and jams, first released in 2014.

Claim to fame: The Atlanta Journal-Constitution in 2020 named Southern Keep’s peach ginger jam a “Southern jam to try right now,” comparing it to peach cobbler: “You only wish your cobbler tasted this delicious.”

Background: Several Charleston-area jazz musicians, including Todd Beal, banded together to create what they’re billing as “the everything everyday sauce.”

Claim to fame: None yet. Swamp Tonic is one of the Lowcountry’s newest products, and participants in the tasting party will be among the first to try it.

Background: Tiller is the physical successor to Root Baking Co., housed in the same standalone baking space on Savannah Highway. But baker-owner Joe Shea, previously of Butcher & Bee and Root, has made a name for Tiller since launching the company in 2018.

Claim to fame: Tiller supplies bread to many of the Charleston area’s top restaurants, including FIG, Wild Olive, Babas on Cannon and The Macintosh.

What: The Post and Courier Food section's Virtual Tasting Parties

Where: Online, via Zoom

Why: To support Charleston area food artisans and hospitality workers