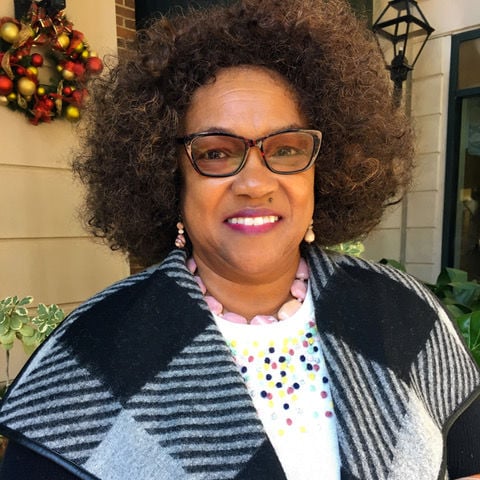 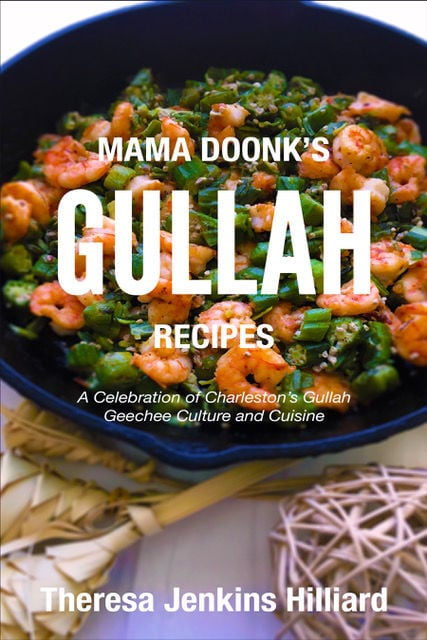 When Theresa Jenkins Hilliard inherited her aunt’s recipe collection, she thought the painstakingly assembled almanac of dishes served to a New York City executive’s family over nearly half a century would make a nice heirloom book for her children. Her two daughters and son thought otherwise.

“The kids were like, ‘Why don’t you put Gullah food in the book?’” she says.

Hilliard’s aunt might have said the same thing. When she came back to Edisto Island on vacations in the 1940s and 1950s, “she didn’t want to eat any of that fancy stuff,” Hilliard recalls. “She loved the rice dishes. And then she always wanted some fresh okra, and fresh seafood from the creek. Now they’ve blocked the creeks off, where the Gullah Geechee people can’t go out, but she would throw the net a few times, and she would pick that crab for crab rice.”

Okra, seafood and rice figure prominently in Hilliard’s new cookbook, "Mama Doonk’s Gullah Recipes," named for the woman who taught both her and her aunt to cook. Hilliard’s grandmother was born Susan Jenkins but was known universally as Doonk for reasons long forgotten.

“Every black person had a nickname: You didn’t even know people’s real names,” Hilliard says, adding that it was common in the Jim Crow era for white people to call black women “Annie” or append “Mama” to the names they used. In Jacobs’ case, the “Mama” stuck, because it “kind of caught on with blacks after a while.”

Mama Doonk raised her grandchildren while their mothers worked out-of-town jobs, although Hilliard’s mother would visit when she could, often bringing with her a 50-pound sack of rice or cornmeal. Mostly, though, Mama Doonk’s household was dependent on what she could raise, catch or kill.

Now when Hilliard is with her own grandchildren, they’ll sometimes see a raccoon or songbirds.

“I tell them about how if my grandmother was here, they’d be in the pot,” she says. “My grandmother would get that gun and shoot them up good. Ooh, the birds sound so pretty, but back in the day, they wouldn’t be singing long.”

Still, most of the recipes that Hilliard recorded don’t require a double-barreled rifle. She’s included the recipes for collards, bread pudding and mac-and-cheese that her children have been requesting since they moved away from home, as well as her favorite recipe for fried cabbage.

“They were all in my head — a pinch of this, palmful of that — and I thought I need to get these things down now,” she says. “My generation is really the last group to have direct contact with the actual Gullah cooking people. My generation, we all learned everything we know from our Gullah grandparents.”

"Mama Doonk’s Gullah Recipes" is available through Amazon, although Hilliard is also planning to make appearances at the Charleston City Night Market and Gillie’s Soul Food. On Sunday, Feb. 24, she has a 3-5 p.m. book signing at Neema Fine Art Gallery, 3 Broad St. For more information on the event, call 843-353-8079. Hilliard can be reached at 843-364-3064.