A downtown Charleston seafood restaurant that was forced to contend with COVID-19 just weeks after a massive expansion has remained so popular throughout the pandemic that its owners recently purchased another restaurant to handle overflow crowds.

“Things have no doubt been really challenging, but it’s been a successful fall for us despite COVID,” says 167 Raw owner Jesse Sandole, who is planning to convert the former Fulton Five into a Mediterranean cocktail bar.

Although the restaurants are separated only by a rear courtyard, Sandole stresses the new venue will remain physically and conceptually separate from his celebrated seafood restaurant, which in January opened its current location on King Street.

“It’s certainly invigorating and exciting to think about new projects,” Sandole adds. “It’s a lot of positive energy on the horizon.”

Sandole is planning to open the bar by late 2021, which he hopes will coincide with the pandemic winding down.

Since its start, the 167 Raw team has remained committed to operating with as few visible reminders of the coronavirus as possible: For instance, Sandole says the restaurant chose to bring in sanitation crews multiple nights a week rather than issue QR codes in place of printed menus.

“It was important for us to provide a little bit of relief and maintain at least some of the things within our control,” he says. “One of the most rewarding things for us is to have people come in and say, ‘Man, I feel so normal in here.’ ”

As a result, he says, it’s not unusual for the restaurant to have a lengthy list of patrons desiring tables. While they now sit out their waits at nearby bars, Sandole is looking forward to sending them to a sister property so his employees can host their guests properly from the moment they show interest in eating at 167 Raw.

Fulton Five is the second established Italian restaurant in downtown Charleston to be succeeded by a Sandole project: The address that now belongs to 167 Raw, which in 2014 got its start on East Bay Street, was previously associated with Il Cortile del Re.

Opened by Silvia Meier in 1992, Fulton Five was hailed upon its debut for its “chic, old-world feeling,” decent bread delivered from New York and well-made espresso. Rumors of its closing have swirled since at least 2017, but fans of the restaurant's Italian cooking were steadfast in their loyalty before the pandemic forced a shutdown. 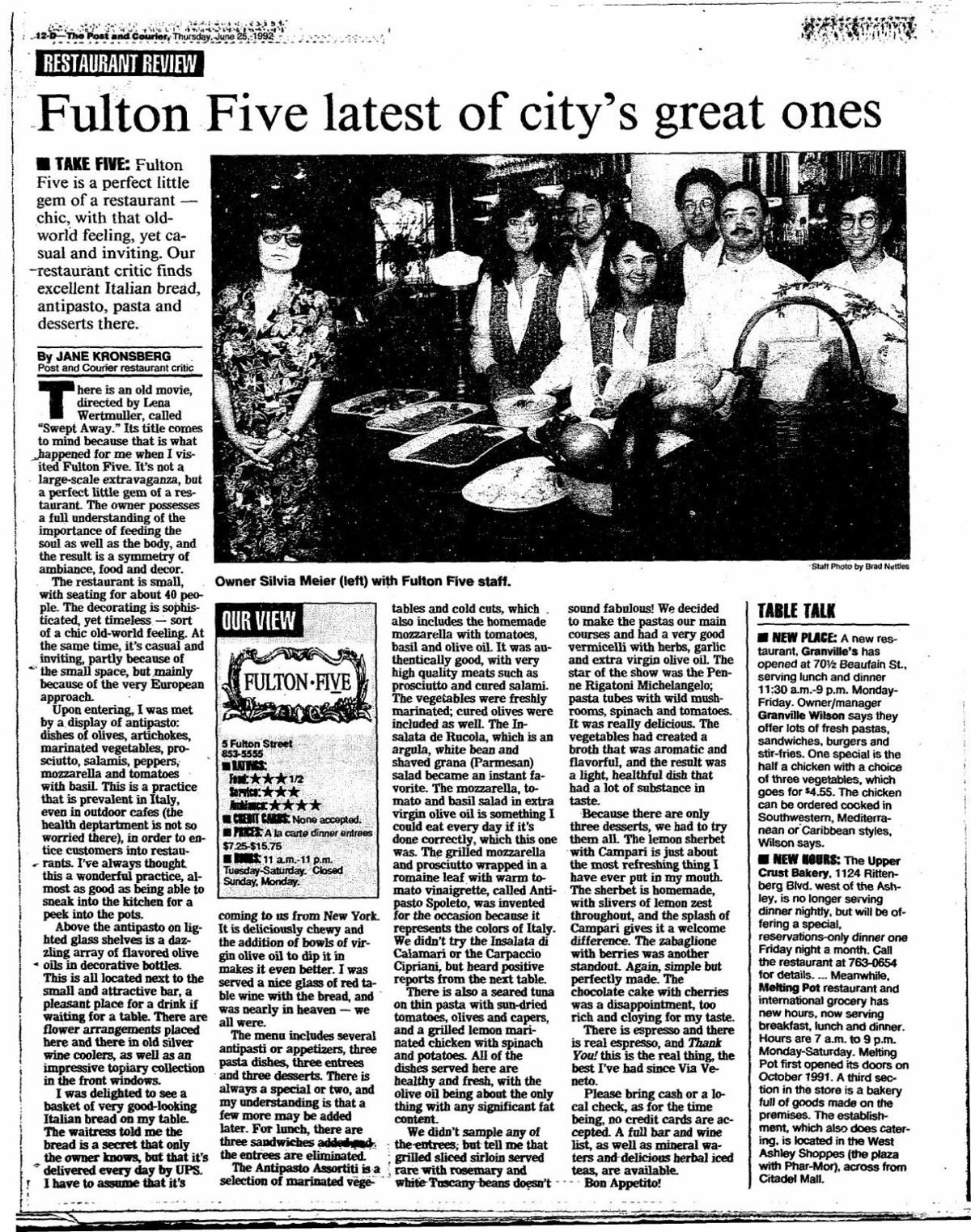 “The old owners were good friends of ours, as well as guests for years, so we opened up a dialogue about just seeing if we could work out a deal, which we did,” says Sandole, who is planning to renovate the restaurant over the coming months.

In the meantime, his attentions are focused on 167 Raw Sushi, which will occupy the intimate building at 289 East Bay St., which once housed 167 Raw.

“We’re really going to make it nigiri focused, Tokyo-style,” he says. “And then the hot side, we’ve done a lot of Japanese specials over the years, so it will be more of an izakaya: We’re really excited about that.”

According to Sandole, his team is now putting finishing touches on the space, developing a menu and finalizing the kitchen roster. He projects a spring 2021 opening.