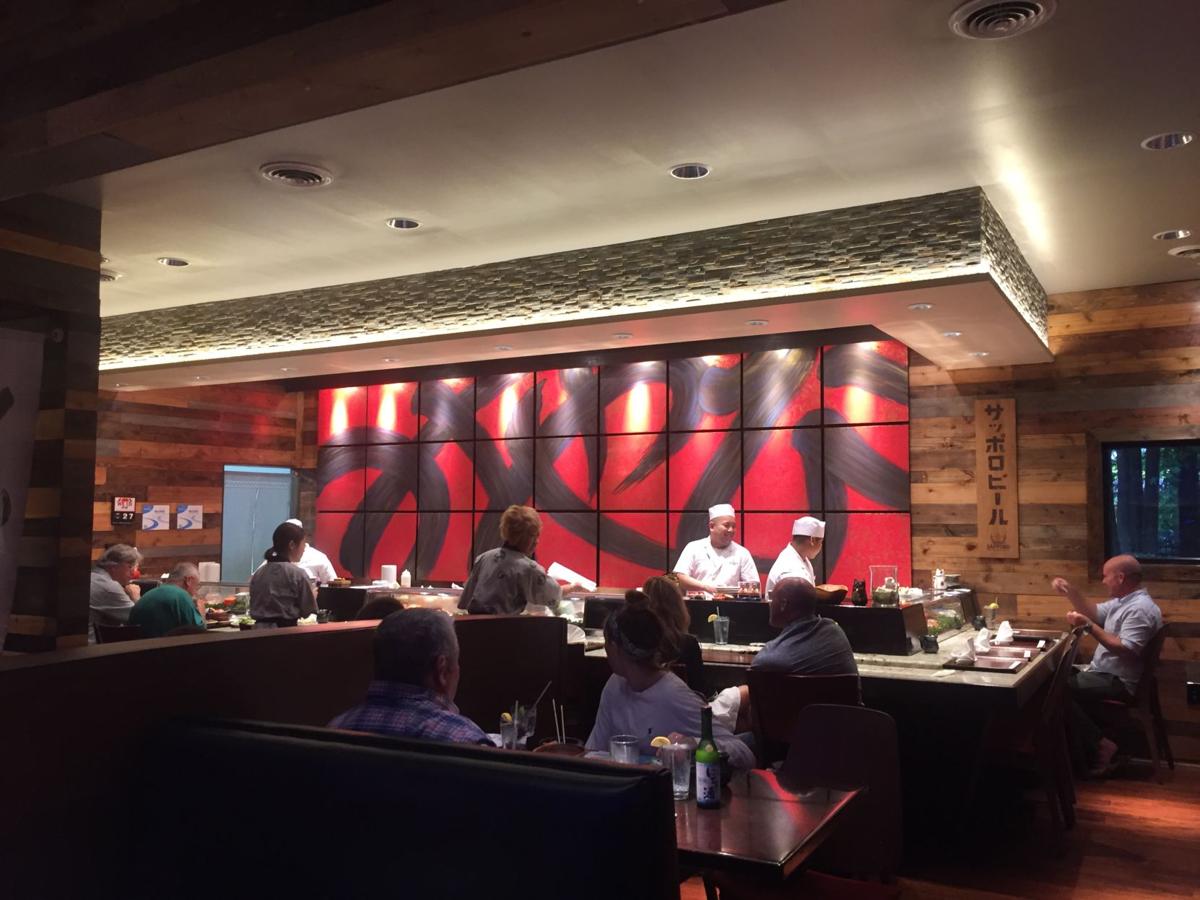 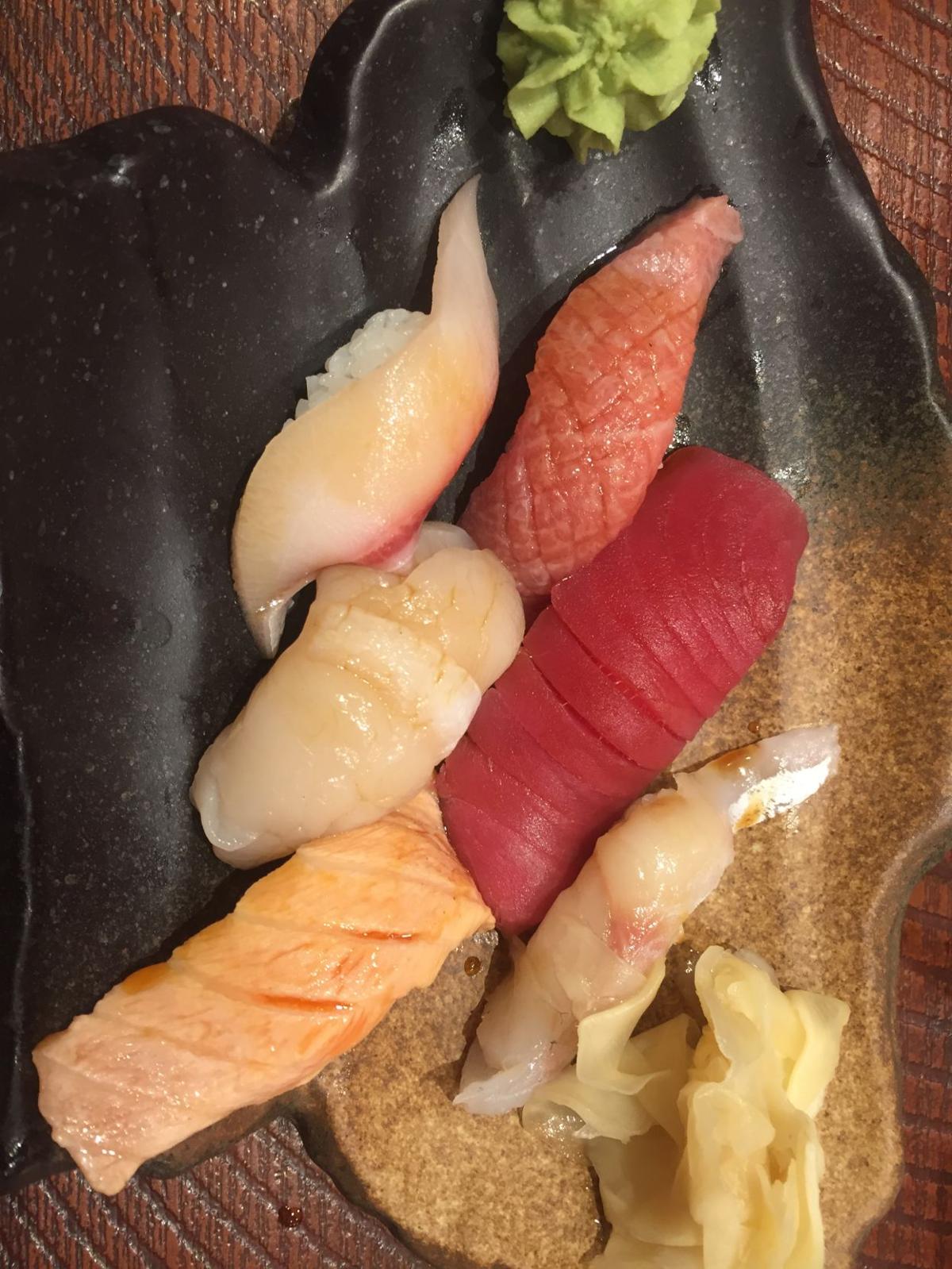 Of all the many things I learned while reporting on hibachi in the Carolinas, nothing was more astounding than discovering that the Charleston area’s best sushi is served at a Japanese steakhouse.

Granted, the tipster in this case was highly biased: As owner of Miyabi, Koichi Maeda is professionally obligated to speak well of his restaurants. But I was inclined to put some stock in his assessment based on the way our sushi conversation unfolded.

After fielding hibachi questions for about 40 minutes, Maeda had a question for me: “Have you ever tried sushi?” he asked. I assured him I was familiar with the genre, and added that I’d recently had extraordinary sushi in Honolulu. As I told colleagues the morning after my meal, the experience was so pleasurable that I’m still not sure it’s polite to discuss it publicly.

Popularity of Japanese steakhouse a cultural phenomenon in South Carolina

I started to explain the setup at Maru Sushi, an exact replica of the bar that a Michelin-starred chef operated in Hokkaido until he decided he was too old for the mountain city’s snowy winters. Before I could launch into a description of abalone livers and garlic phantoms, Maeda cut me off: He knew all about Takeshi Kawasaki. Turns out, Kawasaki likes to golf at Hilton Head. And he typically stops on his way to the course to eat sushi at Miyabi.

“He likes our rice,” Maeda says.

Essentially, Miyabi had received the highest possible sushi compliment from one of the world’s foremost sushi practitioners. Maeda’s interest aside, that seemed like a tip worth taking.

Depending on your critical viewpoint, the popular 2011 documentary Jiro Dreams of Sushi was a meditation on perfection; a study of single-mindedness or an exploration of the tortured relationships between fathers and sons. Probably it was all of those things. But most Americans left the theater thinking, “Sushi is hard.”

Unfortunately, that same point is made every day by hapless sushi chefs around town. When Charlestonians stray beyond rolls ballasted with cream cheese and fake crab, they’re usually dealt nigiri less polished than what populates most supermarket coolers. Even at the trendy Sushi Wa Izayaka, sited in the former Bad Wolf Coffee at Workshop, the fish is raggedy and the overworked rice has an unappealing spackling paste aura.

Yet it’s wrong to say there’s no good sushi in Charleston, since Yuichiro Takebata apparently revolutionized the local situation in 2011.

Takebata, who goes by “Junior,” is a Kyoto native, same as Maeda. And just like Maeda, he wanted to live in the U.S. But his plans to study here went bust, leaving him without a visa. Maeda proposed a solution: If Takebata could learn the art of sushi, he’d hire him for a head chef job at Miyabi.

For two years, Takebata apprenticed. In sushi terms, that means he formed rice: According to a bio provided by Miyabi, Takebata daily rolled 22 pounds of cooked rice into the orbs that undergird raw fish in traditional Edo-style nigiri.

And at Miyabi, it’s Takebata’s rice that signals you’re in the presence of a sushi savant.

When a selection of nigiri arrives, the rice isn’t immediately apparent. The high-quality fish, pulsating with freshness, is properly cut against the grain. But each piece is a rebuke to the “one bite” rule that prevails in most sushi bars: Presumably portioned to satisfy American appetites, the elongated fish completely blankets the warm rice beneath it.

Their flavors, though, are entirely complementary. Takebata applies exactly the right amount of vinegar needed to awaken the rice, but the overall effect is still delicate, largely because Takebata nails the sticky-but-separate texture that’s critical to great sushi.

The sushi is flat out great, not just “great for a Japanese steakhouse.” But the sushi bar’s location isn’t irrelevant: From now on, I’m not declaring any sushi wastelands until I’ve checked out the nearest hibachi restaurant. Consider it my teppanyaki trick.

Q: As a former Chicagoan who recently moved to the area, I was spoiled by all the Asian food options (Malaysian, Thai, Japanese, Korean, etc.)…