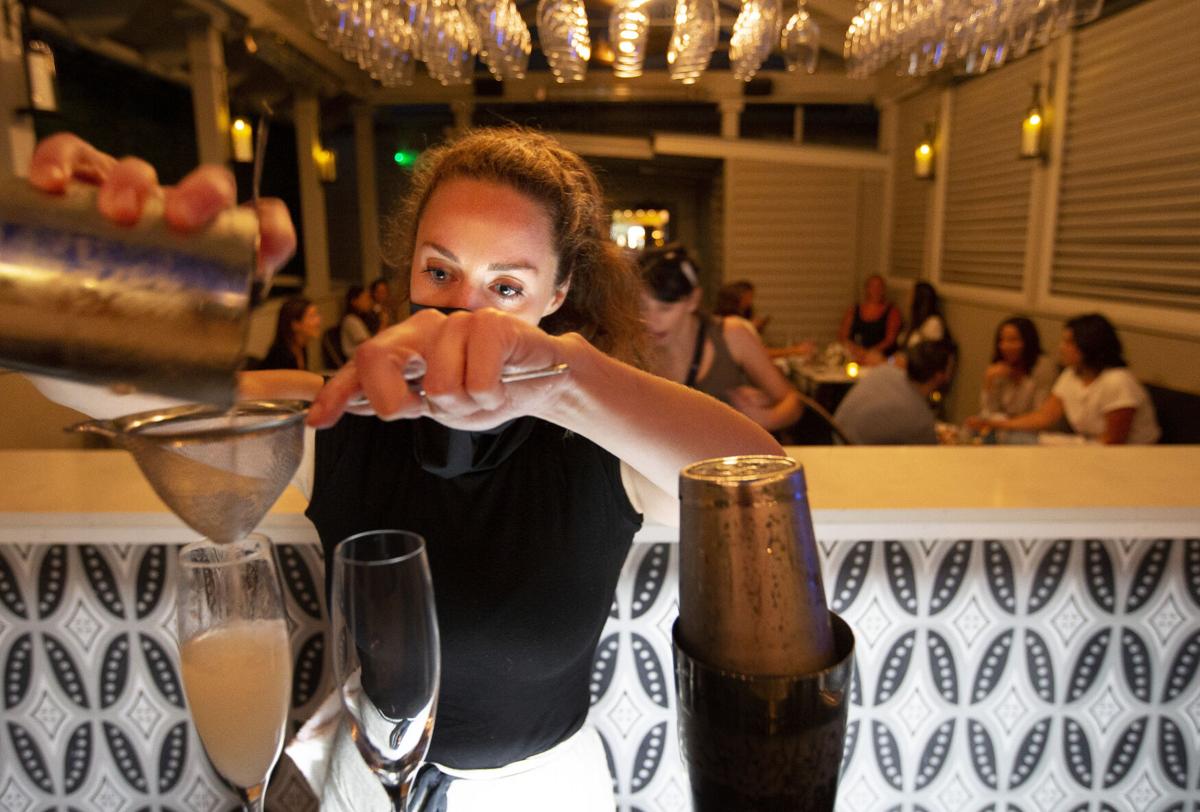 Server Austin Berry makes French 75 cocktails from the outside bar at Vintage Lounge on  Oct. 8, 2020, in Charleston. File/Grace Beahm Alford/Staff 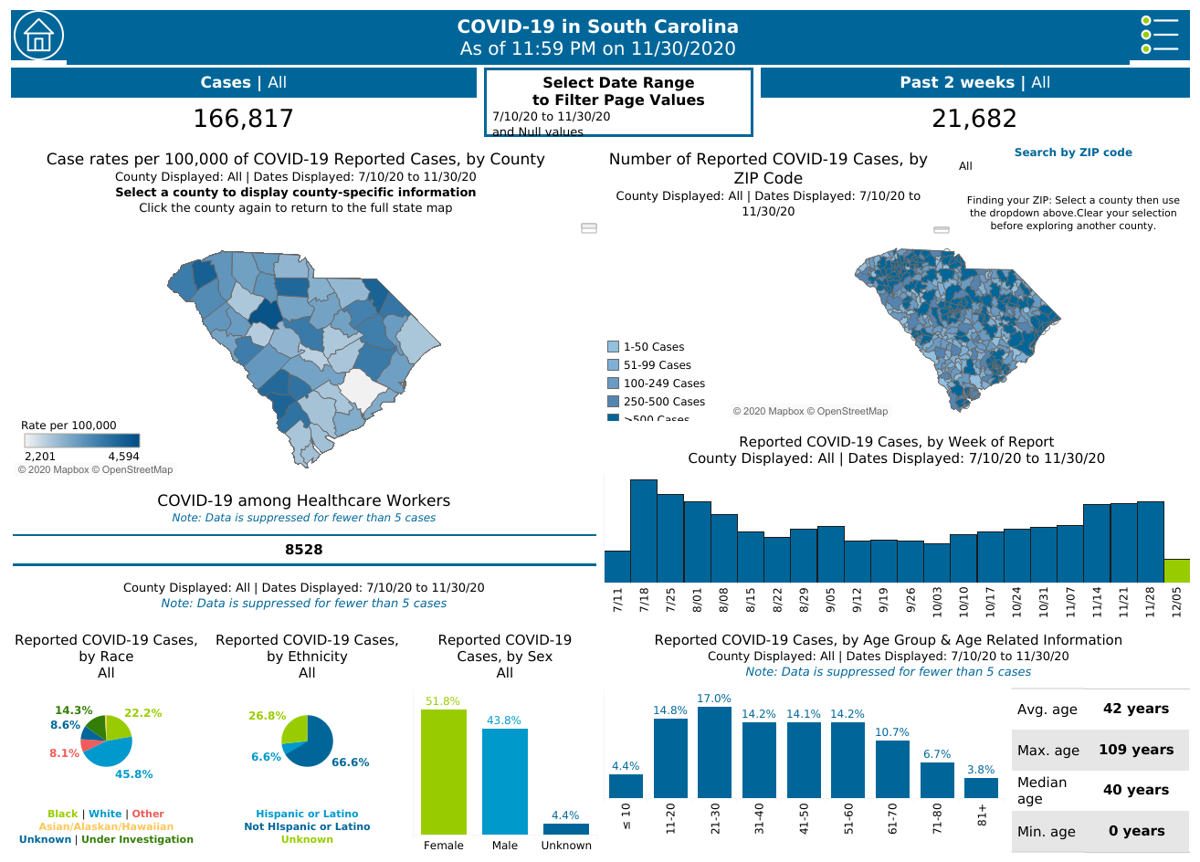 It’s fitting that South Carolina revelers won’t be able to ring in the new year at a bar or restaurant, since business owners and public health experts alike say the executive order imposing an 11 p.m. last call is nothing to celebrate.

Gov. Henry McMaster in July prohibited bars and restaurants statewide from serving alcohol after that hour “to help reduce the transmission of COVID-19 between young adults in South Carolina.” But owners say the curfew has instead kept away well-heeled guests looking to enjoy a nightcap after dinner and hard-working hospitality employees in search of after-shift drinks.

"I would’ve rather have had half occupancy and been able to stay open until 2, and all the other bar guys I talk to say the same thing," says The Belmont's Mickey Moran, whose core clientele consists of food-and-beverage workers and restaurant goers. "My space is such a grown-up space that 11-2 is my money time. That's my bread and butter, right there."

Crowded indoor spaces are associated with higher rates of coronavirus transmission, according to an analysis published last month by Nature. Yet research shows there is no scientific evidence that the pandemic’s spread can be controlled through time-based interventions.

“The clock is of no great interest to the novel coronavirus,” says Dr. Michael Head, a senior research fellow in global health at the University of Southampton. “Maybe it sounds like you’re addressing the problem, but in reality, you’re doing little to help anyone out.”

Since the last call order went into effect, South Carolina has recorded 3,394 COVID-19 deaths. Over that same period, 28,359 South Carolinians aged 21-30 tested positive for the virus, representing the largest demographic share of cases by age.

In Head’s view, “politicians have been too keen to tinker around the edges” rather than taking the kind of decisive action that has paid off for New Zealand and South Korea. Head would prefer to see governments close restaurants and bars completely, and then “properly compensate” them for the loss of income.

“From a public health perspective, that would be sensible,” he said. “COVID-19 in particular is driven by superspreader events, so if you can stop those events from happening, you reduce the burden of transmission.”

By contrast, a curfew that forces everyone into the street at once could set the stage for additional superspreader events. For example, Head says, if customers aren’t ready to stop drinking at 11 p.m., they could crowd together in a corner store to buy beer or gather at an unregulated house party.

McMaster in October lifted capacity restrictions on bars and restaurants but has given no signal he intends to relax the alcohol curfew. In fact, when a Myrtle Beach bar owner at a public event in October told McMaster that the curfew had cost him 40 percent of his revenue, McMaster suggested “the experts, the data and the experiences” argue for keeping the rule in place.

Don Fonda, owner of Foster’s Café and Bar, was totally dissatisfied by McMaster’s response to his question about when the restriction would end.

“He knows this town is a service industry town,” he says. “I guess he’s under a lot of pressure, but all he’s doing is killing us.”

Fonda’s only consolation is public officials here aren’t meddling with his table arrangements or forcing him to seat guests outdoors. “It could be worse,” he says. “We could be one of the states up in the Northeast, really doing everything wrong.”

Greg Thompson, a Sumter restaurant owner who sat on the state’s COVID-19 recovery task force, understands why fellow restaurateurs would chafe at the curfew. But he suspects it’s seen differently in tourism-dependent cities such as Myrtle Beach and Charleston and the state’s predominantly rural counties.

“Charleston has an uphill climb because they have tourists coming and going,” Thompson says. “Our patrons feel they have responsibility to protect their communities.”

By cashing out before 11 p.m., Thompson says, Sumter County residents feel like they’re boosting their friends and relatives’ prospects for good health.

While Head doesn’t discount people’s compassion for their neighbors, he says epidemiologists are “baffled” by the belief that arbitrarily setting a cutoff time for alcohol sales could safeguard an area grappling with high rates of infection.

He notes that in the UK, where he lives, politicians hailed 10 p.m. pub closures as a way of reducing infections, despite the government’s scientific advisers dismissing the measure as “likely to have a marginal impact.” Since then, the curfew has been “quietly dropped.”