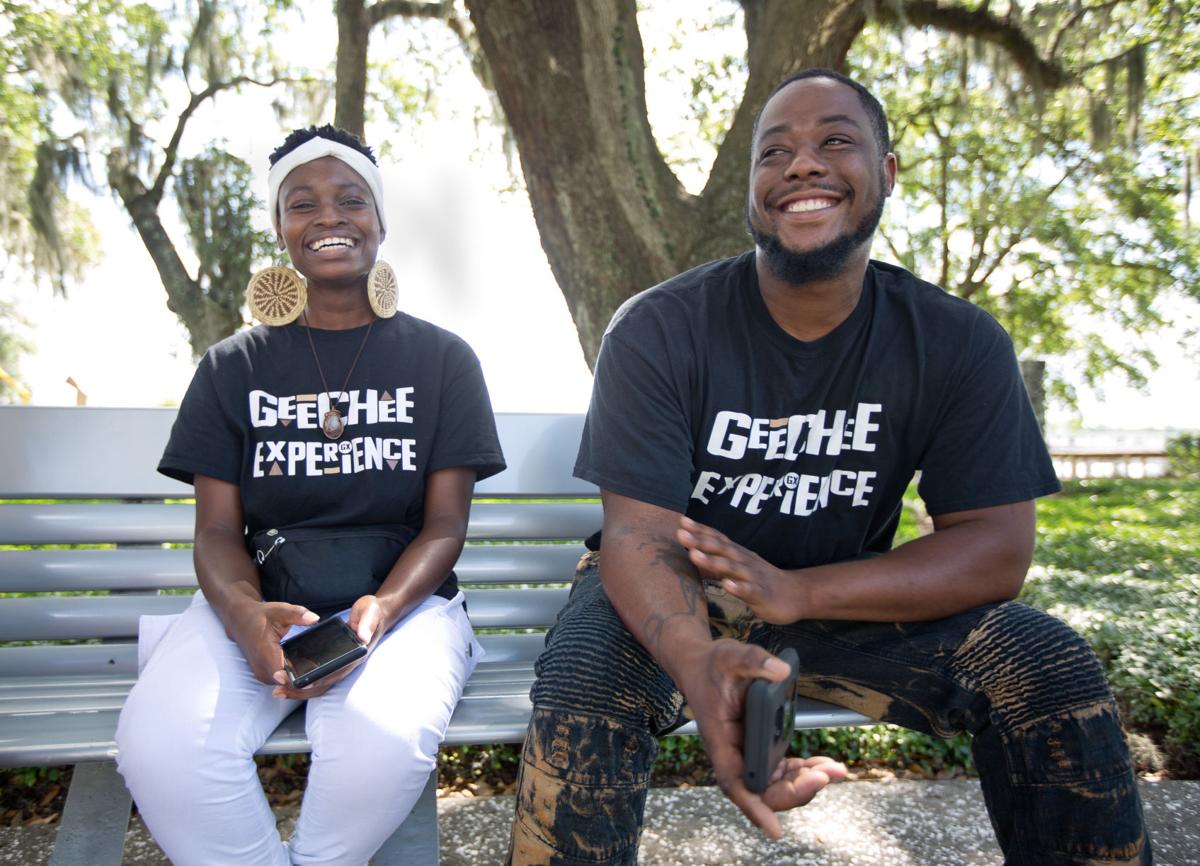 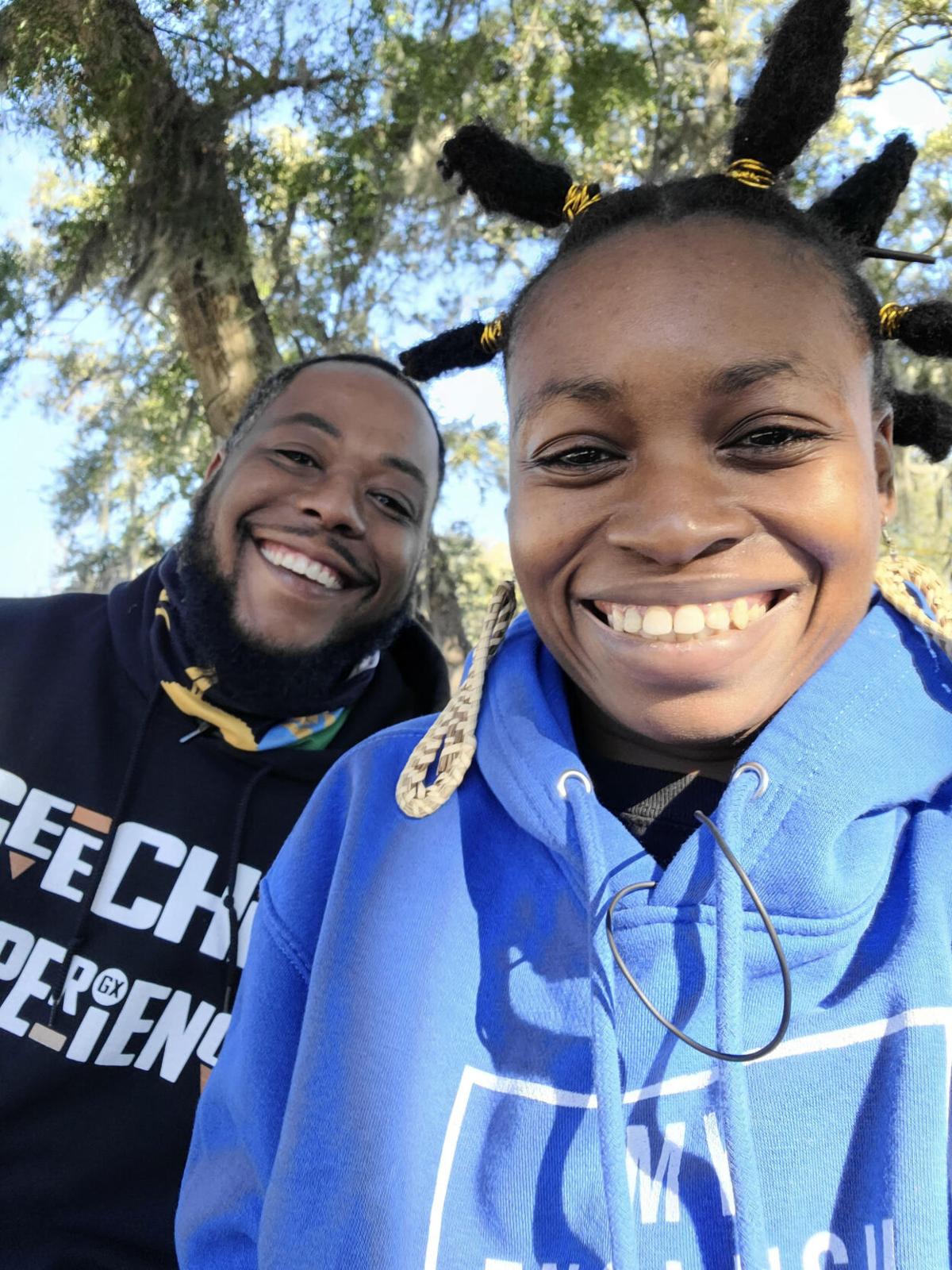 NORTH CHARLESTON — In 1929, the Black scholar Lorenzo Dow Turner first heard the Gullah language when he taught a summer course at S.C. State College. At the time, Gullah was considered a dialect, a vulgarization of English. But Turner knew better.

He understood that Gullah had developed among isolated communities along the South Carolina and Georgia coast. In the cadence and the vocabulary of these speakers he recognized Africa.

For the next two decades, Turner committed himself to researching the origins and characteristics of this English creole. He was the first scholar to assert its legitimacy as a stand-alone language.

Yet for decades — and still today — Gullah is sometimes frowned upon.

“A lot of adults still feel like English is the language of power and success, so it’s still discouraged,” said Akua Page, co-founder of Geechee Experience. “There’s still a stigma around it.”

Page and her project partner Chris Cato forcefully reject that stigma. They are unapologetic advocates of Gullah culture, language, birthright and inheritance. And through the Geechee Experience initiative, they are determined to instill pride in people, young and old, with sea island roots.

They started the project in January 2019, setting up an Instagram account that today has 20,600 followers. They also have a YouTube channel and Facebook page. Together, they organize gatherings and teaching events at which they regale their listeners with histories and anecdotes that reinforce a sense of identity.

They wear jeans and hoodies. They exude enthusiasm. They appeal to young people, many of whom are trapped in poverty and saddled by low self-esteem.

They tell them that the Gullah language did not become legitimate; it has always been legitimate.

They tell them how Geechee identity is a result not only of American slavery, but of flourishing societies in Africa, where so much of Geechee knowledge comes from.

Young people coping with poverty and violence develop a protective shell, and little by little the contents inside are corrupted because of negative reinforcement, Cato and Page said. When they hear the Gullah language, when they meet cultural warriors who tell them of the kings and queens who were their progenitors, they soften a little.

“They felt seen,” Page said. “If you let them know who they are, that they actually have greatness within them, they won’t be out here being destructive. But if you tell them you’re a slave, you came from slaves, that’s all you’re ever going to be, then why do you think you’re gonna get that type of behavior?”

These interactions have only strengthened the duo’s resolve.

“Most Black people are poor, and they’re looking for another way,” Cato said. “We were looking for a way ... to humanize the hood, to make a chance for us to be seen in a different light.”

Geechee Experience isn’t only about language and identity. Politics sometimes come into play. Page and Cato don’t hesitate to call out gentrification and cultural appropriation — to note how downtown Charleston has become primarily a tourist destination, how visitors rarely interact with actual Geechee people, how White-owned businesses use Gullah culture and iconography for branding and marketing purposes.

They grew up together. Cato was best friends with Page’s older sister, whose early death brought them closer.

“We always knew we was Geechee, cuz people would say that before we would even understand what those words meant,” Page said. “When we came to school speaking our first language, we were told, ‘You got to turn your Geechee off.’ Once we were back in our community, we could truly be Geechee. But once we hit the school doors, it kind of felt like we had to put on a mask.”

Some among the older generation had the Geechee beaten out of them — literally and figuratively — by their teachers and parents.

“I bow to go to da stoe,” a young person might announce as he prepared to exit the house.

“Excuse me??” would come a mother's challenge.

Page has been teaching school for eight years, hoping to convince her superiors to embrace a curriculum that affirms Gullah culture. It hasn’t been easy, but lately, perhaps because of Black Lives Matter protests and heightened awareness of racial injustice, she’s able to do more, she said.

The feedback from followers has been encouraging.

They get comments such as, “My grandma was Gullah but she was ashamed of it,” and “I’m crying watching your videos because they remind me of home.”

The duo solicits feedback and approval. After all, this is about community, they said.

They’ll probably establish a nonprofit. They might develop a special curriculum to distribute to schools. They will continue to hold meetings, in person and online, on aspects of Gullah-Geechee culture and experience. They’ve even created a Geechee flag, to be waved with joy and pride.

Turner surely would be pleased.