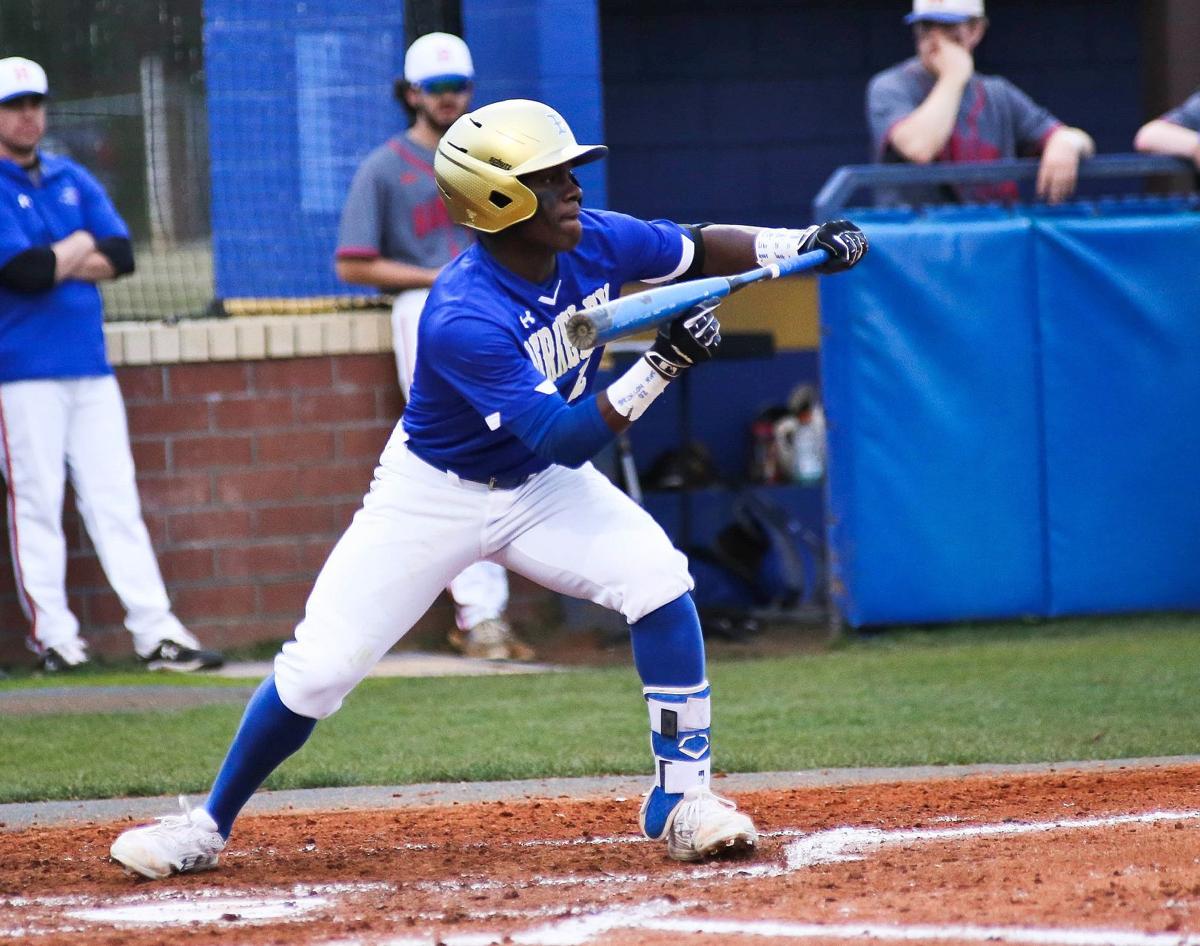 Berkeley senior Eric Green prepares to put down a bunt against Hanahan on March 12. 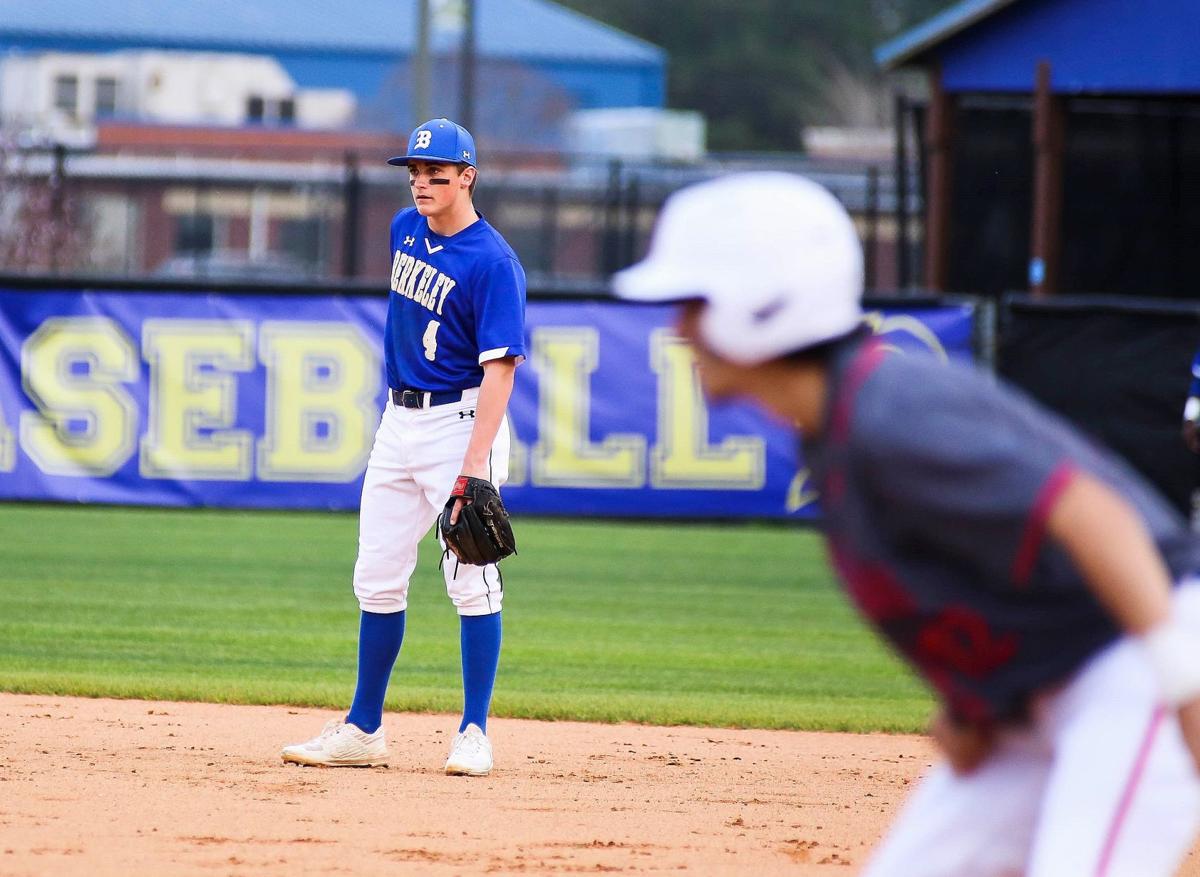 Berkeley second baseman Michael Singletary is one of six seniors for the Stags. 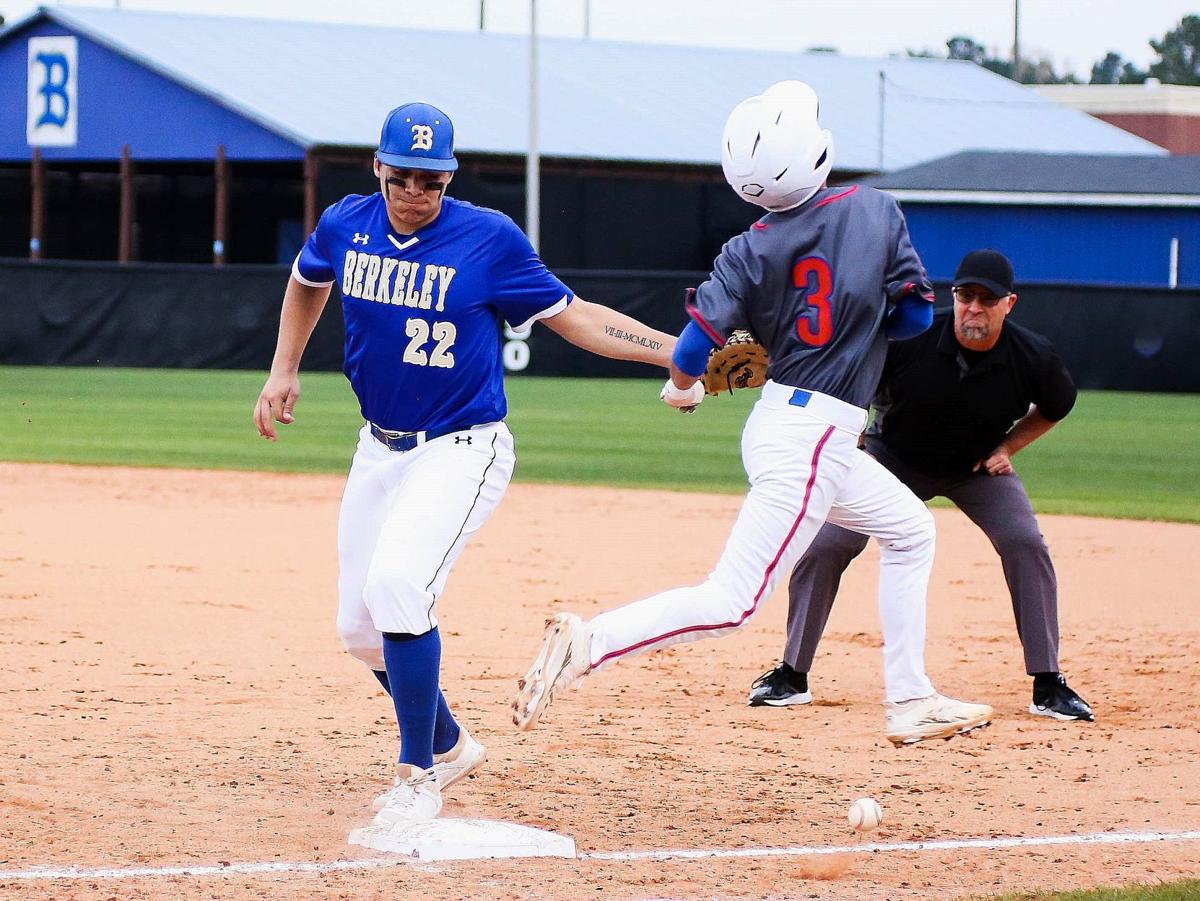 Berkeley senior first baseman Jed Hutson tags out a Hanahan runner in a game on March 12. 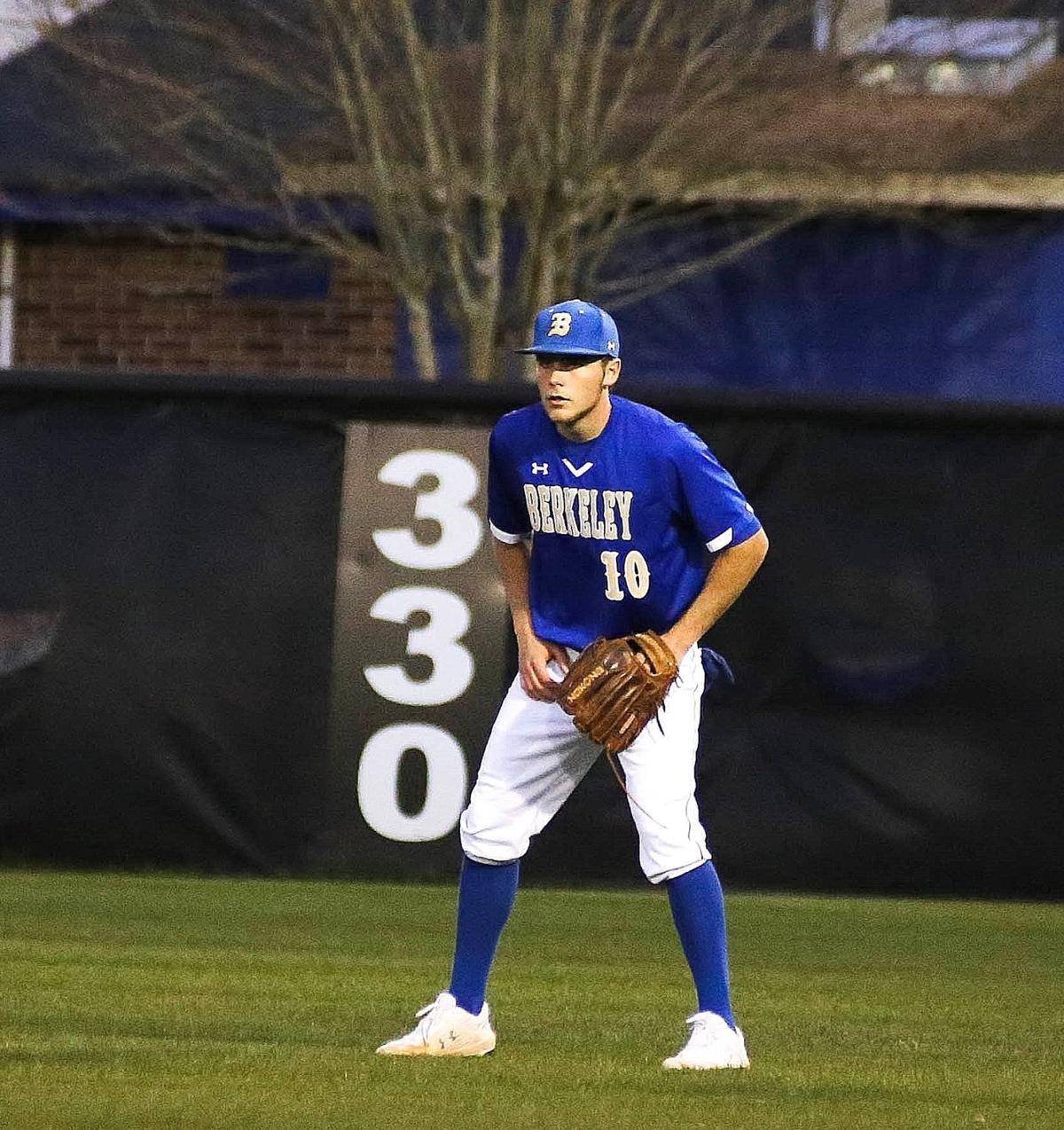 Berkeley senior Eric Green prepares to put down a bunt against Hanahan on March 12.

Berkeley second baseman Michael Singletary is one of six seniors for the Stags.

Berkeley senior first baseman Jed Hutson tags out a Hanahan runner in a game on March 12.

Berkeley High School coach Landy Cox isn’t right there with his players but as he understands it the Stags are staying in baseball shape in the event they’re able to get back to school and on the field this spring.

“We could play tomorrow if we got the chance,” Cox said. “I’ve heard the kids are getting it done.”

But the South Carolina High School League has suspended all contests, practices, workouts and/or open season skill development through April 5 due to COVID-19 concerns. Stopping the spread of the Coronavirus is the top priority.

The Stags had just improved to 6-0 with back-to-back shutouts of Hanahan (4-0) and Stall (13-0) before everything came to a screeching halt March 13.

If you know Cox, you know being in park or neutral is not the gear he wants to be in. He’s full speed ahead.

“It’s been very, very tough,” Cox said. “I’ve never sat still this long. The longer this takes you just know the chances of you getting back on the field gets lower and lower.”

In particular, Cox is crushed for the program’s six seniors: Jeffrey Zeigler, Michael Singletary, Eric Green, Jake Dunn, Jed Hutson and Jordan Kullnat. Unlike the college athletes who have lost their senior seasons and will likely get that year of eligibility back, this is the last dance for high school seniors.

Of the half dozen, some are three- and four-year lettermen.

“I will hate it if these kids have to go out this way,” Cox said. “They’ve worked very hard and they should get to finish what they started. We’ve got four going on to play college ball but that isn’t like playing with the boys you grew up with.”

All six seniors contributed in the Stags’ win over Stall if it was their last game. Zeigler had two hits and three RBIs and Dunn added two hits, two runs and two RBIs. Singletary, Kullnat, Hutson and Green each scored runs.

The Stags were making it look relatively easy in the early going. Half of their wins were shutouts and two others were blowouts.

“This team has a lot of potential,” Cox said. “I felt like we were one of the best teams we’ve had here.”

He’s hoping the Stags get a chance to prove it on the diamond.

There’s no way to make up all the games they’re going to miss but a modified schedule for the regular season and playoffs could work.

Cox threw out the idea of just playing each region team once to determine the champion – theoretically, that could be done in one weekend — and having fewer qualifiers for the postseason. Berkeley has five region championships since 2013 and is the defending Region 7-AAAAA champion.

“There’s a way to get it done but we would have to get back in school first,” Cox said.

All state schools are closed to at least March 31 and Berkeley County School District students have been doing e-Learning at home.

“If we don’t get to play again, that’s going to be a tough day,” Cox said.