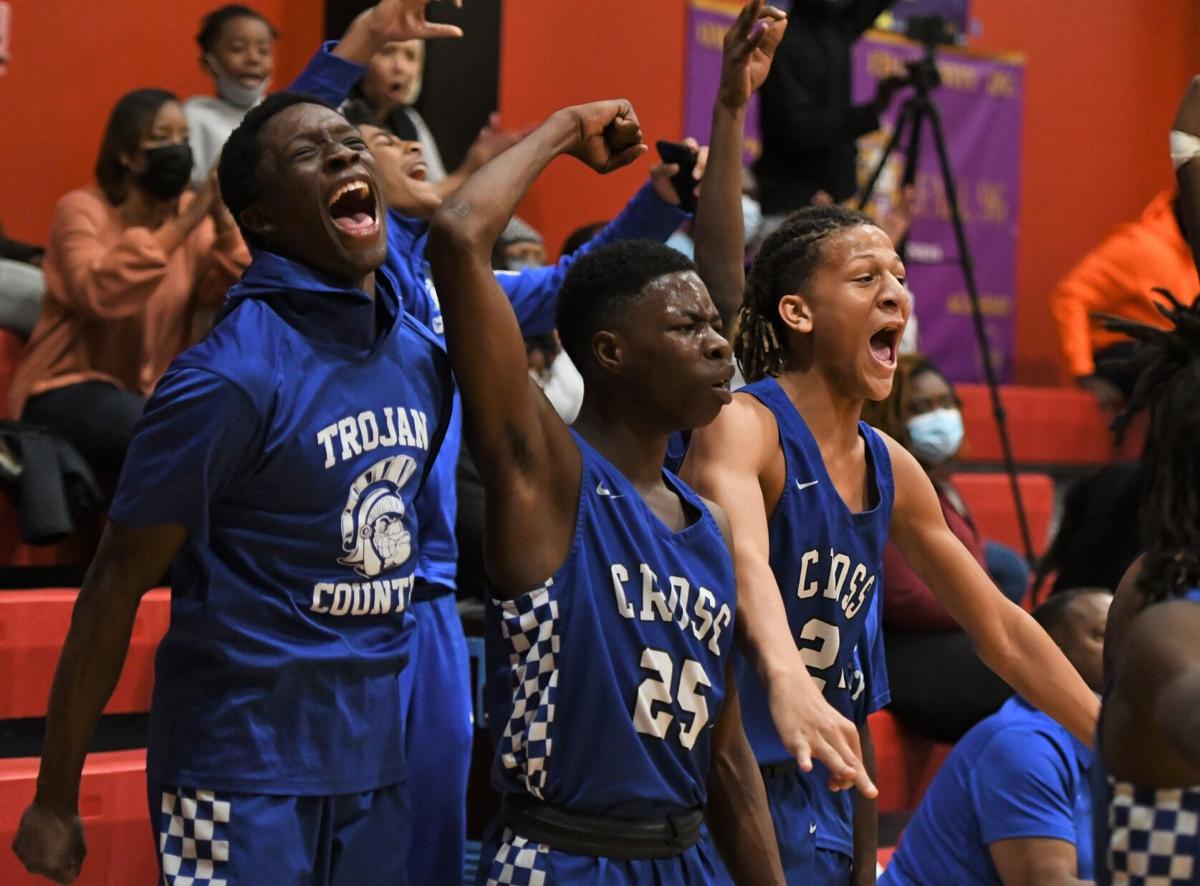 Cross's bench reacts to a late bucket against Military Magnet on Jan. 12. 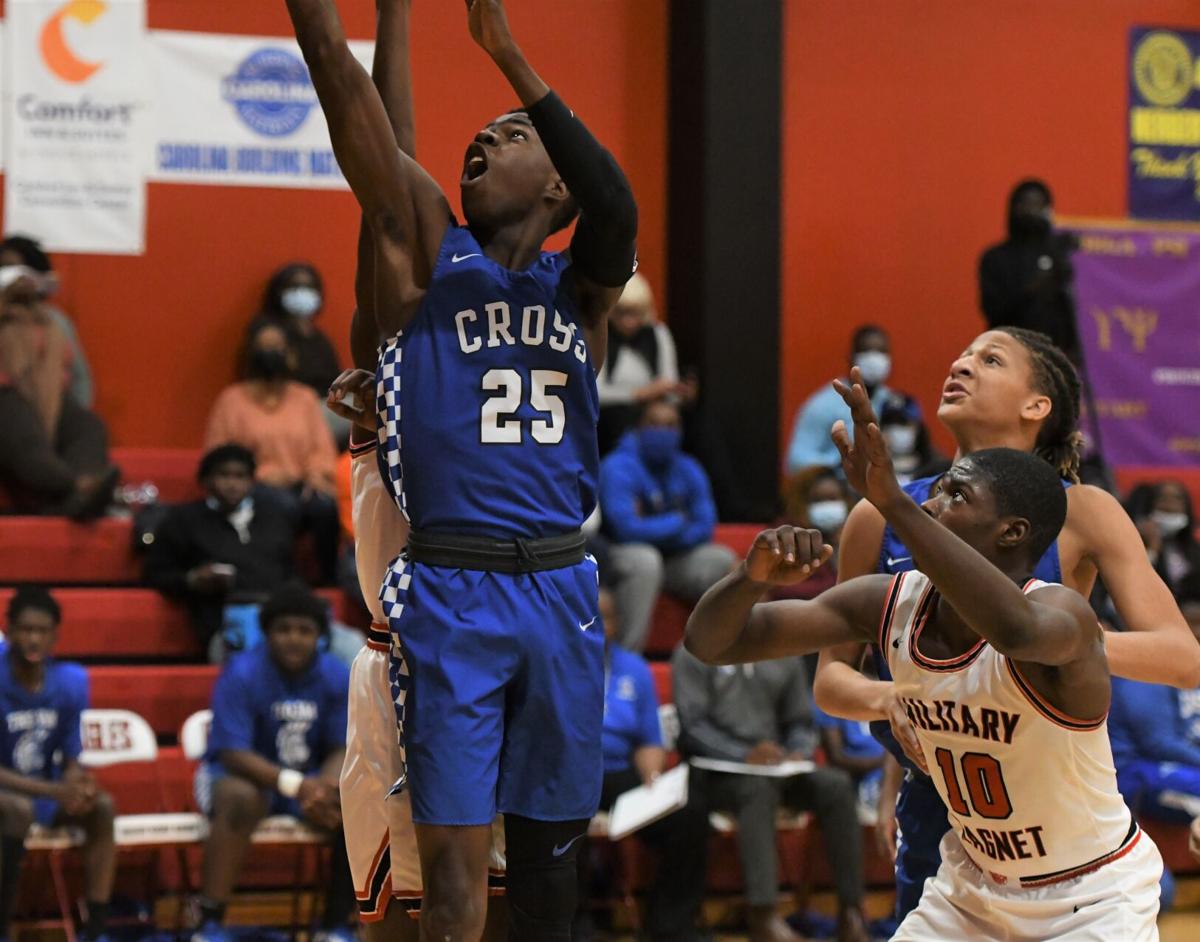 Cross's Da'larron Huger scores on a layup in the third quarter for the Trojans in a Jan. 12 game at Military Magnet.

Cross's bench reacts to a late bucket against Military Magnet on Jan. 12.

Cross's Da'larron Huger scores on a layup in the third quarter for the Trojans in a Jan. 12 game at Military Magnet.

What a difference a night made for Cross High School’s boys basketball team. The Trojans showed loads more fight than they did just 24 hours earlier.

Bouncing back from a 37-point loss in Hollywood on Jan. 11, Cross rallied from a double-digit deficit to clip Military Magnet 54-53 on Jan. 12 in North Charleston. Cross coach Chaquain Boone said he believed the deficit was 15 or 16 in the first half.

“It shows how resilient we are,” Boone said. “We played Baptist Hill last night and got down early. We put our head down. I told them I was disappointed, not in the loss but how we responded. That was the first thing we talked about tonight. We said we’re going to have to handle adversity because it’s a region game. I was so proud of how they stayed positive. I told them let’s just chip away.”

The Trojans still had an uphill battle halfway through the third quarter, trailing by as many as 11.

Cross still trailed 44-43 before grabbing the lead with 3:16 left in the game on a pair of free throws by junior Jaivon Jefferson. The Trojans scored nine straight to go up 52-44 on a Jamez Way layup with 1:45 remaining. Moments earlier, Ashton Howard scored on a dunk for Cross.

Cross’s Sam Theirse and Way made single free throws on trips to the line in the closing seconds.

Military Magnet had the ball last but didn’t get off a potential tying 3-pointer, scoring a meaningless layup as time expired instead.

Cross improved to 6-7 overall and 3-2 in Region 7-A. The game was the sixth decided by single digits for Boone’s team. The Trojans are 3-3 in those games.

Way and Howard powered the Trojans with 16 points apiece. They combined for 17 of Cross’s 22 points in the fourth quarter.

Jefferson and Theirse chipped in eight apiece for the game.