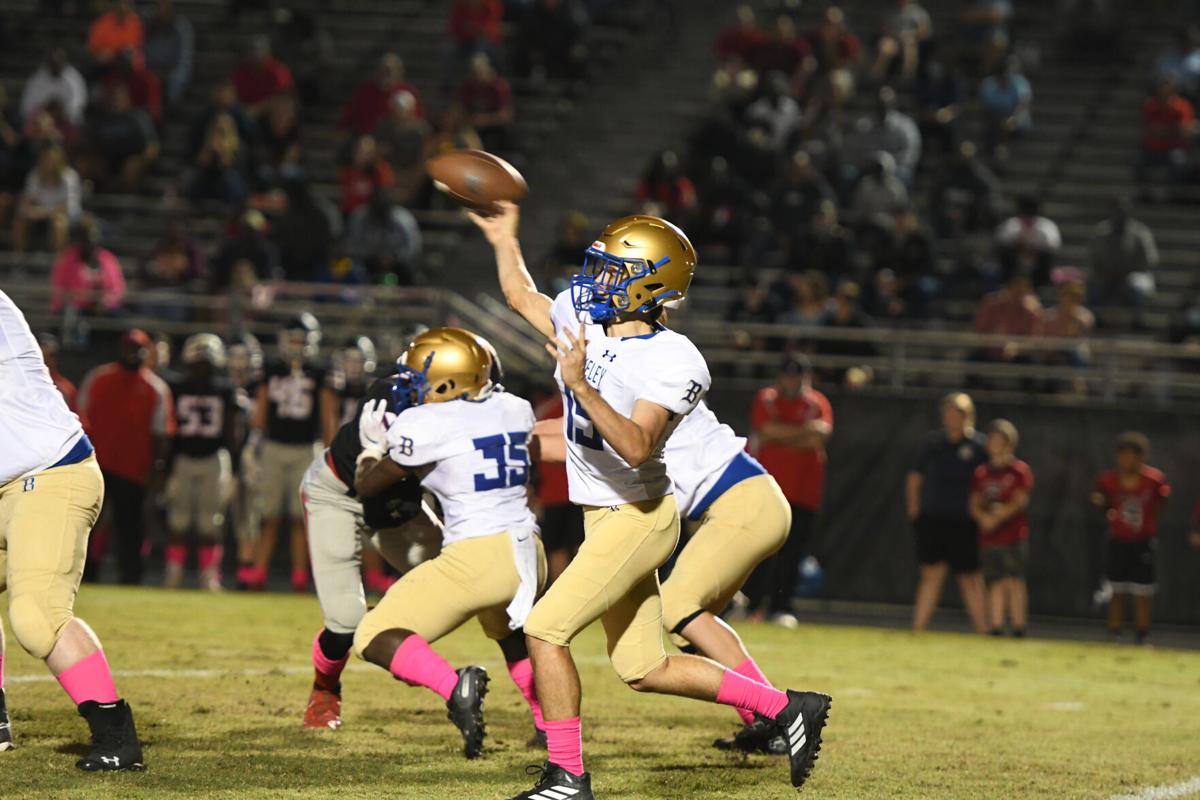 Berkeley quarterback McCrae Driggers connected with receiver Troy Reid for a touchdown in the Stags' loss at Stratford. 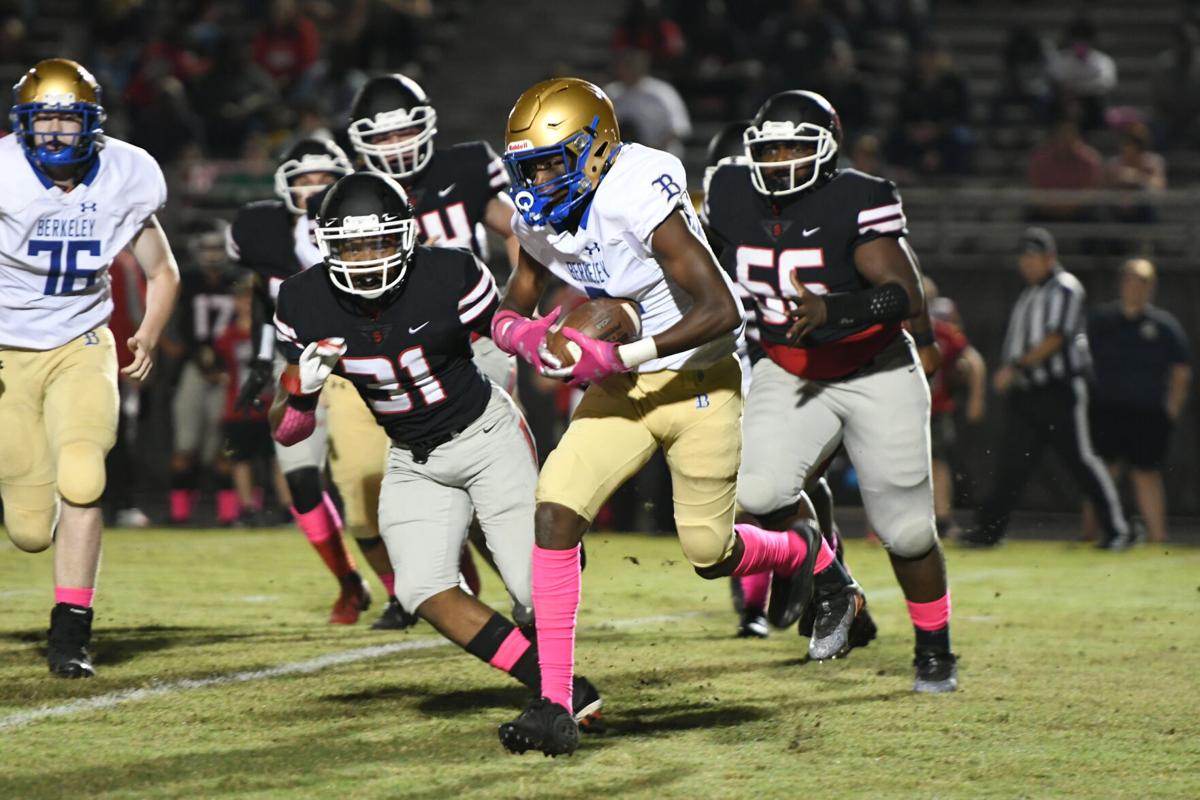 Berkeley quarterback McCrae Driggers connected with receiver Troy Reid for a touchdown in the Stags' loss at Stratford.

Berkeley High School's football team, hit hard by injuries, struggled on the road at Stratford in a Region 7-AAAAA game on Oct. 22.

Knights quarterback Jalen Barry hooked up with receiver Brenden Carter on three touchdown passes and speedster Jayden Martino returned a kickoff more than 80 yards for a score as Stratford rolled past visiting Berkeley, 41-14

“We talked all week about focus, fight and finish,” Stratford coach Dennie McDaniel said. “Hats off to the coaching staff for getting the guys dialed in for a big game this week. I’m really proud of our kids. I feel like we took a step forward this week getting better. It’s a great win for us.”

The victory was Stratford’s first in the series since 2015 and widest margin of victory since blanking the Stags,  28-0, in 2011. The Knights wrap up third place in the region standings and begin the Class AAAAA playoffs on the road at the Region 8-AAAAA runner-up on Nov. 5.

The Stags (2-4, 1-2 region) end the regular season on Oct. 29 with a home game against Cane Bay before opening the playoffs.

Stratford (3-4, 2-2 region) scored on its first three drives to build an 18-0 lead and never looked back. Barry connected with Carter on a 31-yard touchdown pass on the fourth play of the game to spark the hot start.

Running back Savionne Jones capped Stratford’s 49-yard second drive with an 11-yard run right up the middle as the Knights went up 12-0 less than eight minutes into the first quarter.

Barry and Carter connected again for 67 yards along the sideline on a third and long to put the Knights up 18-0 with 11:17 remaining in the second quarter.

“It’s just the growth of our offense,” McDaniel said. “We feel like we’ve got some playmakers on the outside and our young quarterback is starting to play like he’s a seasoned veteran. Our guys up front are coming along. We’re making the most of our opportunities when we get them.”

Berkeley didn’t go away, driving 67 yards to cut its deficit to 18-7 when quarterback McCrae Driggers found receiver Troy Reid over the middle on a 16-yard touchdown pass with 5:52 left in the first half.

Stratford’s response was swift and impressive. Martino mishandled the kickoff but scooped it up at the Stratford 17, eluded several would-be tacklers and burst into the clear to score on an 83-yard kickoff return 16 seconds later to up Stratford’s lead to 25-7.

The second half was more of the same for Stratford. Kicker Enzo Mori was true on a 30-yard field to end the Knights’ first possession of the third quarter, making it 28-7. Later in the quarter, Barry and Carter made it a trifecta with a 30-yard touchdown connection on fourth and long. Mori's extra point upped it to 35-7.

In the first minute of the fourth quarter, Quinn raced in from 32 yards out for Stratford's final tally.

Reid scored his second touchdown on a 22-yard run in the final minute for Berkeley.

Quarterback Jayvion Johnson returned from an injury to throw for one touchdown and run for another in the Cobras' 42-6 win at Stall.

Philip Simmons, which led 21-0 at the half, defeated Timberland for the second straight season.

Omari Jenkins scored on a 3-yard run for the Wolves (7-1) and Jacquez Prioleau returned a kickoff 99 yards for a score.

Goose Creek ended its Region 7-AAAAA slate with a 10-point victory in Mount Pleasant despite playing without starting running back Demetri Simmons.

Gators running back Kenny Johnson scored on runs of 30 and 12 yards and quarterback Drew Moore hit James Levine on a 40-yard touchdown strike.

The Gators (6-3, 4-0) open the Class AAAAA playoffs at home on Nov. 5 against the fourth-place finisher from Region 8-AAAAA.