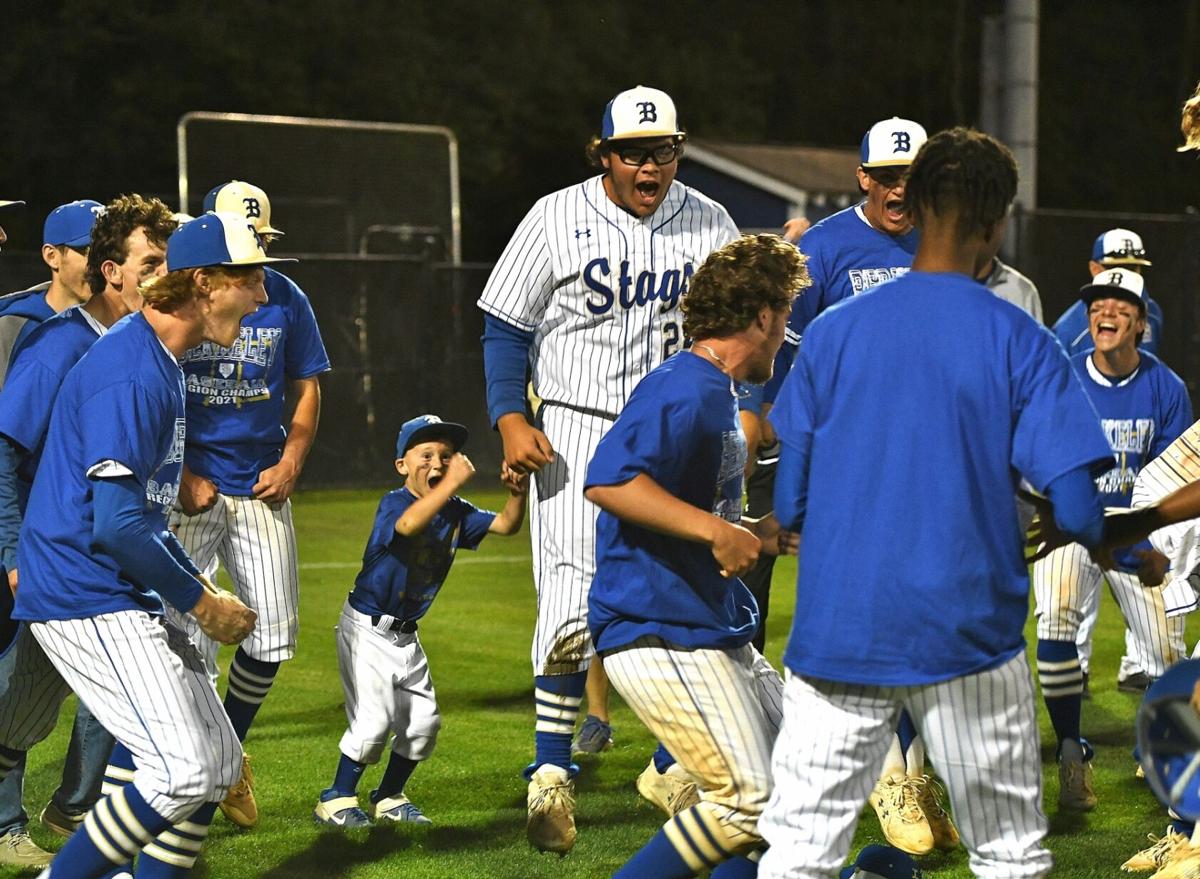 Berkeley's baseball team has six region crowns since 2013 and just completed the Region 7-AAAAA slate with an unbeaten record. 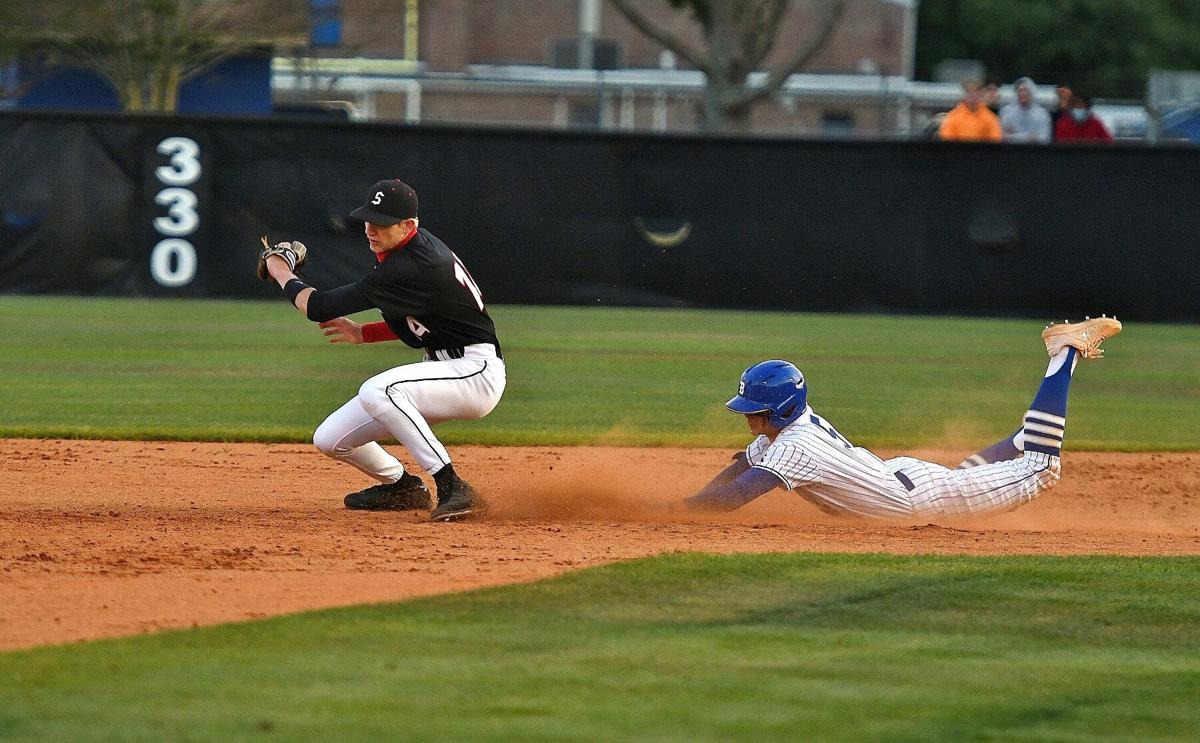 Berkeley's JP Proctor slides into second for a double during a game against Stratford on April 23. 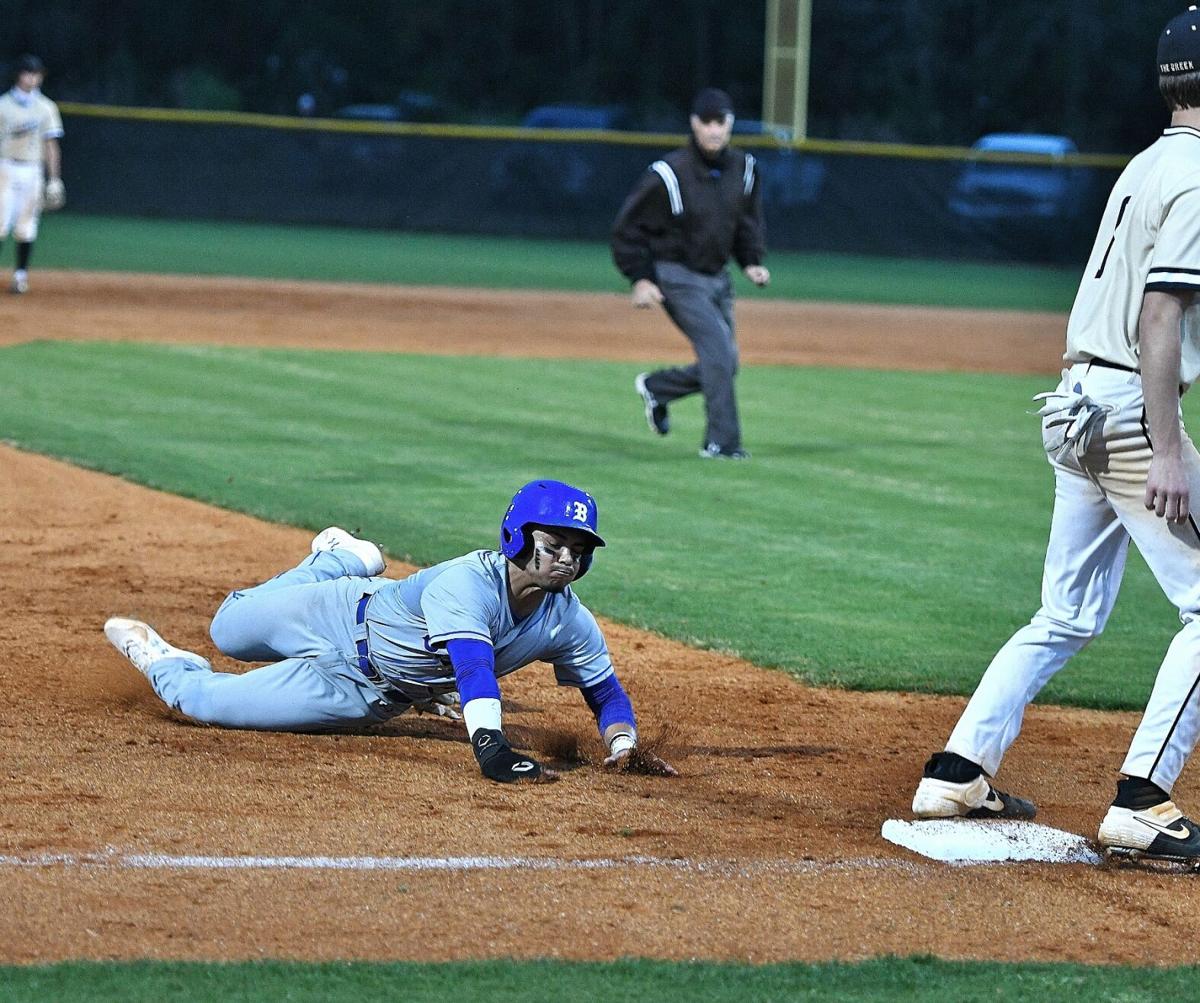 Gabe White is one of nine seniors for the Stags.

Berkeley's baseball team has six region crowns since 2013 and just completed the Region 7-AAAAA slate with an unbeaten record.

Berkeley's JP Proctor slides into second for a double during a game against Stratford on April 23.

Gabe White is one of nine seniors for the Stags.

When Berkeley High School baseball players load the bus and head to Lugoff-Elgin High School for the final contest of the regular season on Friday, longtime Stags coach Landy Cox wants his group dialed in all the way.

It’s an easy game to completely overlook because it has no bearing on anything moving forward, and there’s no rivalry to add fuel to the game. Lugoff is almost 100 miles away but that’s what Cox was looking for, a grind of a trip to and from the ballfield.

“We were looking for a team to play and I asked around,” Cox said. “I said we wanted to come to your place. We’re going to treat it like a playoff game.”

The postseason starts for real on May 15 when Berkeley hosts Region 6-AAAAA runner-up St. James to kick off what Cox hopes is a long playoff run. Other playoff dates in district play are May 17, 19 and 21.

“Baseball is a tough sport,” said Cox, who has 295 career wins. “We’ve been doing this around here a long time. If we get a break or two we can compete with anybody but if we don’t play well we could be two and out.”

It’s difficult to envision the latter happening, though. The Stags are 22-3 and just finished off the Region 7-AAAAA slate with a perfect 12-0 mark with a series sweep of Cane Bay High School, claiming their sixth region crown since 2013. The Stags are ranked fourth in Class 5A by the South Carolina Baseball Coaches Association.

Summerville, Blythewood and Lexington are ranked ahead of the Stags and Dutch Fork is one spot behind.

Championship dreams are there for Cox and the Stags. They’ve always had the pitching and defense. Now, they’ve got some pop at the plate to go with the other two. They average close to eight runs while giving up less than three runs a game.

“There’s no place like the fans here,” Cox said. “The atmosphere is second to none. I told the kids for 20 years I’ve been out there cutting grass or just out there on the field and I’ve dreamed about us playing for a state championship. I would like to see eight deep around the whole field in a state championship. Hopefully we’ll get a chance to do that before I retire.”

The playoffs mark the final moments in a Berkeley uniform for nine seniors, including five of the team’s statistical leaders.

Infielder Jesse Free has the highest batting average (.391) and 33 runs scored. Right-handed pitcher Chevy Wrenn has been dominant from the bump, racking up an 8-0 record with a 1.11 earned-run average. He’s fanned 46 batters in 44.1 innings.

Catcher Mark Russell has driven in a team-high 21 runs and middle infielder Gabe White chimes in with a .325 batting average and 17 RBIs.

Four returning players for 2022 are among the most productive at the plate for the Stags. Freshman C/1B Mason Salisbury is batting .375 with a team-high .512 on-base percentage, 20 RBIs and 17 walks. Sophomore OF JP Proctor is hitting .358 with a team-high nine doubles and 16 RBIs. Junior OF Austin Hewette has posted a .326 batting average while sophomore P/OF Miller McGuire has .306 batting average.

From the mound, McGuire has a 7-1 mark with 1.86 ERA with 39 strikeouts in 49 innings pitched. Junior closer Rhett Legette is a strikeout machine in the final innings, with four saves and a 0.64 ERA.

Legette has whiffed 25 batters in 11.1 innings.