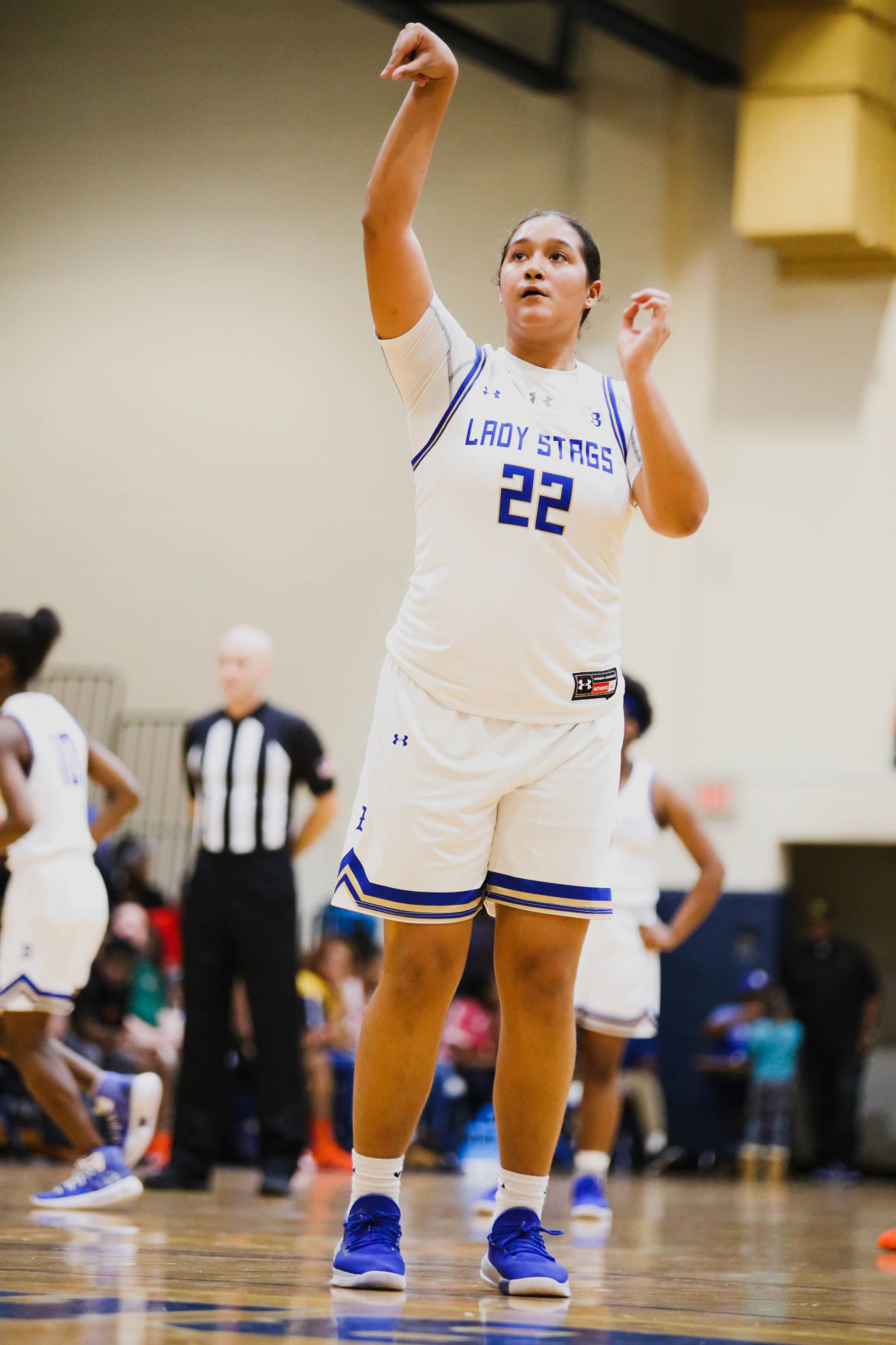 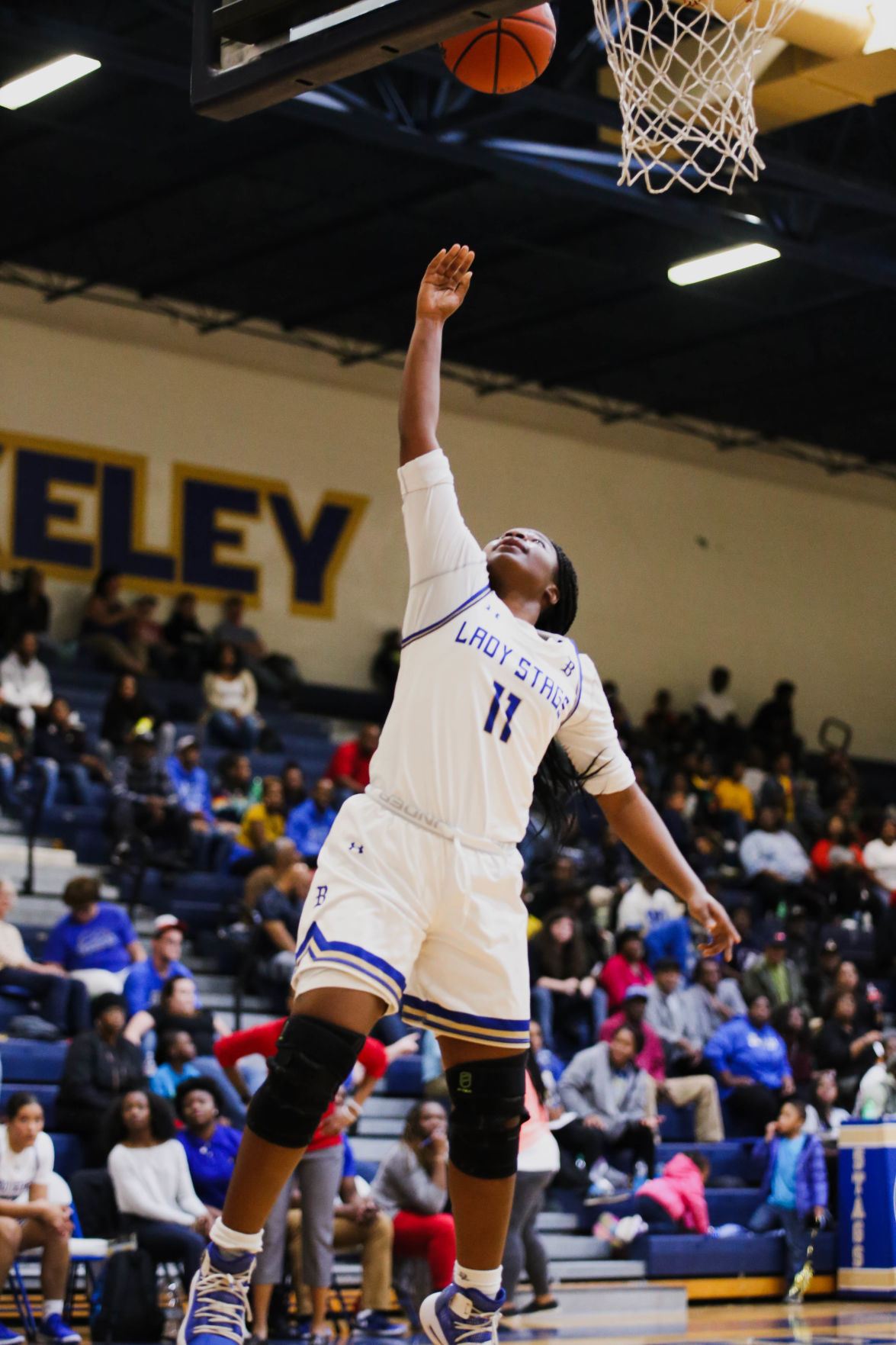 Jordan Faison goes up for a layup in a win over Timberland earlier this season for the Berkeley girls team.

Jordan Faison goes up for a layup in a win over Timberland earlier this season for the Berkeley girls team.

The Berkeley Lady Stags have compiled a better-than-solid 8-3 mark so far in the 2019-20 season and are about to spark their Region 7-AAAAA slate on Jan. 14.

They’ll host Summerville on Jan. 10 in the final non-region clash before hosting Wando on Jan. 14 and traveling to Goose Creek on Jan. 17 in the first week of region play.

The Lady Stags are coming off a 50-40 loss at Fort Dorchester on Friday, Jan. 3. As has been the case many times this season, freshmen Peighton Jambor and Jyahni Smith powered Berkeley with 14 and 12 points respectively. Jambor tracked down a team-high eight rebounds while senior Realyte Douglas grabbed six boards and freshman Jordan Rivers five.

Smith made a team-high three steals.

Jambor and Smith also powered Berkeley in a 66-41 win over Military Magnet as the Lady Stags went 2-1 in the Carolina Invitational after Christmas. They went for 16 and 14 points and Douglas contributed nine points.

Jambor, a forward, and Smith, a guard, both average double figures in points per game for Berkeley. Jambor leads at 13.8 PPG, followed by Smith at 12.5 PPG.

Jambor makes it a double-double by averaging 10 boards a game and swats away three shots a game. Douglas, Rivers and Faison are consistent around the glass, too, racing down five-plus rebounds a contest.

Smith paces the Lady Stags in assists with 2.6 a game and steals at 4.1 per game. Junior Skylar Scott averages two assists. Faison makes 2.4 steals a contest.

The Berkeley boys dropped to 6-5 with a 60-57 loss to a ranked Fort Dorchester squad.

Berkeley’s boys are the defending champion in Region 7-AAAAA.