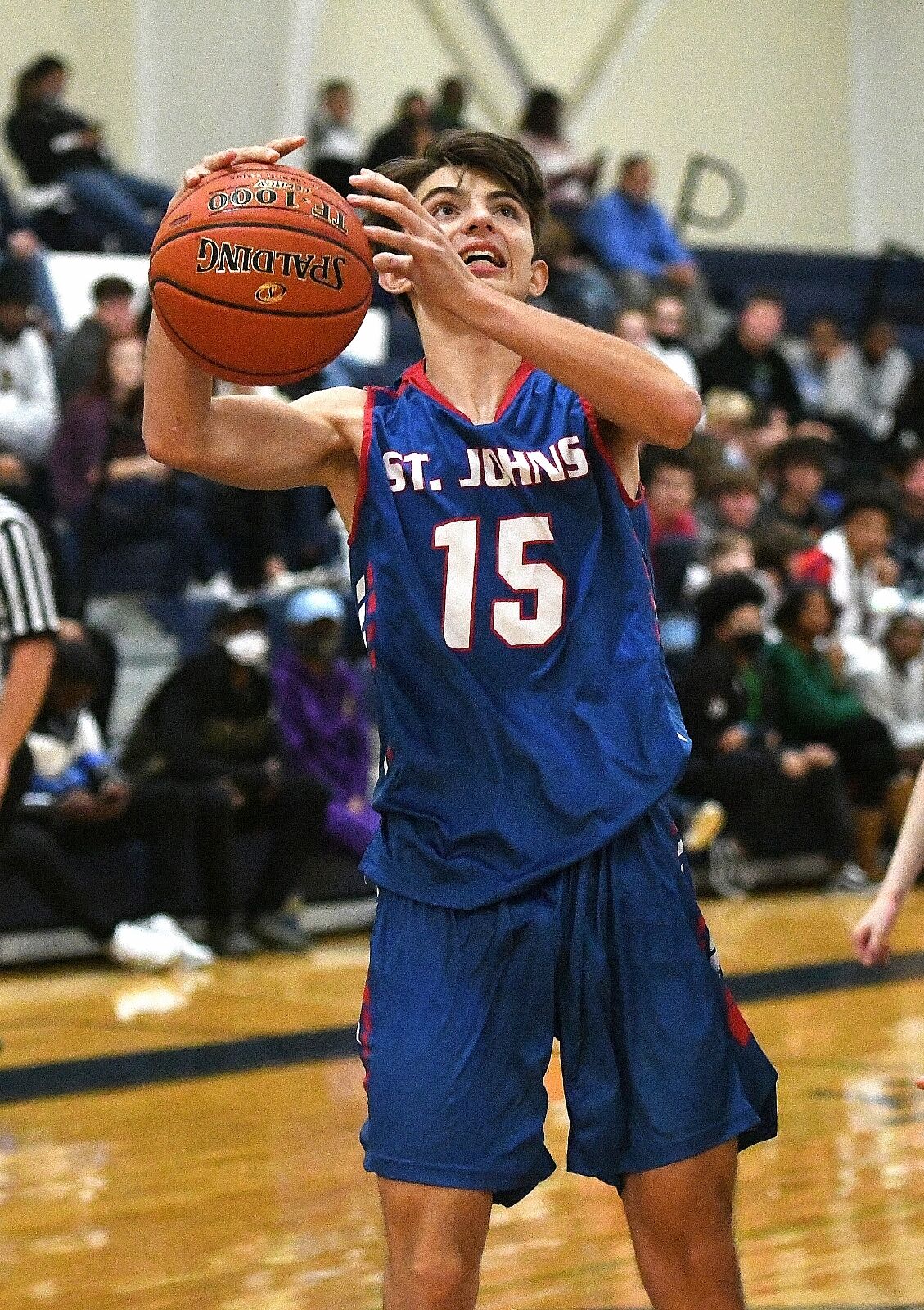 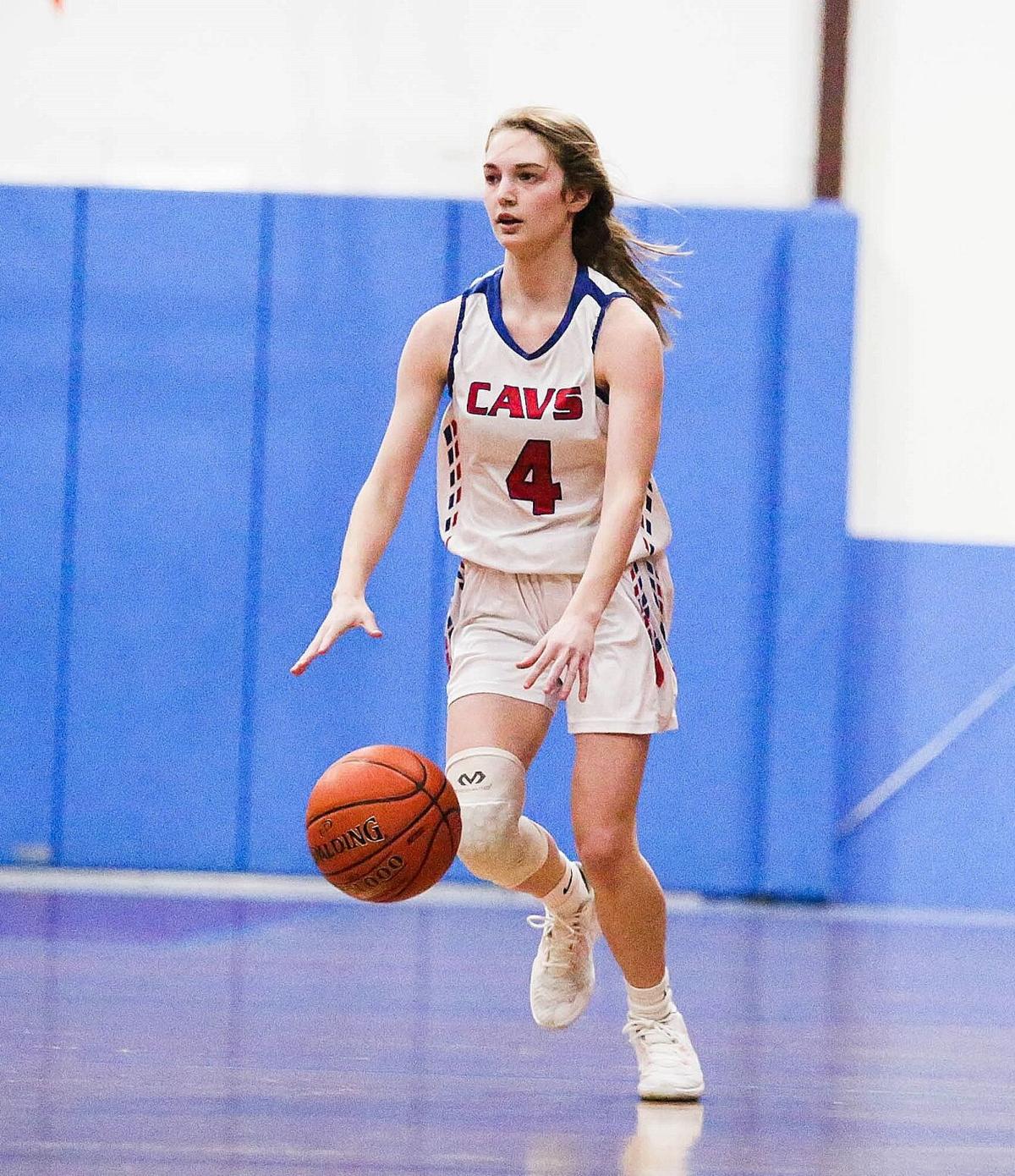 Ashton Wyndham had 11 points and six steals for the St. John’s Christian girls.

Ashton Wyndham had 11 points and six steals for the St. John’s Christian girls.

With his team not having lined up across from another opponent in three weeks, Drew Crowell was concerned the St. John’s Christian Cavaliers could be off their game a little. Practice, after all, doesn’t produce the same level of intensity as a game, and certainly doesn’t have as much on the line as a state tournament game.

Crowell didn’t have a reason to worry, though.

Three Cavaliers reached season highs in points and St. John’s Christian rolled past Mead Hall in the opening round of the SCISA Class A state basketball tournament, 86-40, on Saturday. The win was the 10th straight for Crowell’s team.

“We came out with our tails on fire,” Crowell said. “We came out and did everything I’ve been begging them to do all year. Our last week of practice was phenomenal.”

St. John’s Christian jumped out to a 19-10 lead after a quarter and broke it open in the second quarter, outscoring the Panthers 25-7. The second half produced more of the same and the Cavaliers continued to dominate. The margin of victory was the second widest this season, behind only an 83-33 thrashing of Jefferson Davis on Jan. 15.

“I wasn’t taking my foot off the gas pedal because we hadn’t played in a while,” Crowell said.

“They’ve got some really talented players but if we do what we’re supposed to do we can win,” Crowell said. “We can’t take the night off, though.”

Last year, Conway Christian smashed St. John’s Christian, 88-66, in the opening round of the tournament.

“We had one of those games where we didn’t show up and they beat us by about 30,” Crowell said. “They weren’t 30 points better than us. We’re more focused this year. I’m excited to see what happens.”

Ashton Wyndham scored 11 points and made six steals while Logan Clark chipped in nine points and 14 rebounds for the Cavaliers as they edged Charleston Collegiate 39-23 in the SCISA Class A state tournament.

It was the third win over Charleston Collegiate this season for the Cavaliers.

St. John’s Christian (11-5) is slated to take on top seed Newberry Academy on Feb. 22 in Sumter (after press time).

The Goose Creek Gators have an unblemished record as the sun comes up on the Class 5A boys basketball playoffs on Feb. 23.

The 11-0 Gators host Conway High School in the opening round at 7 p.m. Goose Creek won its six Region 7-AAAAA games by an average of 43.5 points on the way to the region crown.

It’s a chance at revenge for Goose Creek, which saw last season come to an end on the road at the hands of the Tigers, 41-40, in the third round. Conway, the Region 6 runner-up, brings an 8-6 mark into the postseason.

The winner advances to tangle with Region 5-AAAAA champion Dutch Fork or Region 8 runner-up West Ashley on Friday, Feb. 26. The Gators would host the second-round and Lower State final on March 2.

The Gators finished up the regular season with a 60-18 victory at Wando High School on Feb. 15. Justin Britt led three Gators in double figures with 13 points in the 60-18 victory.