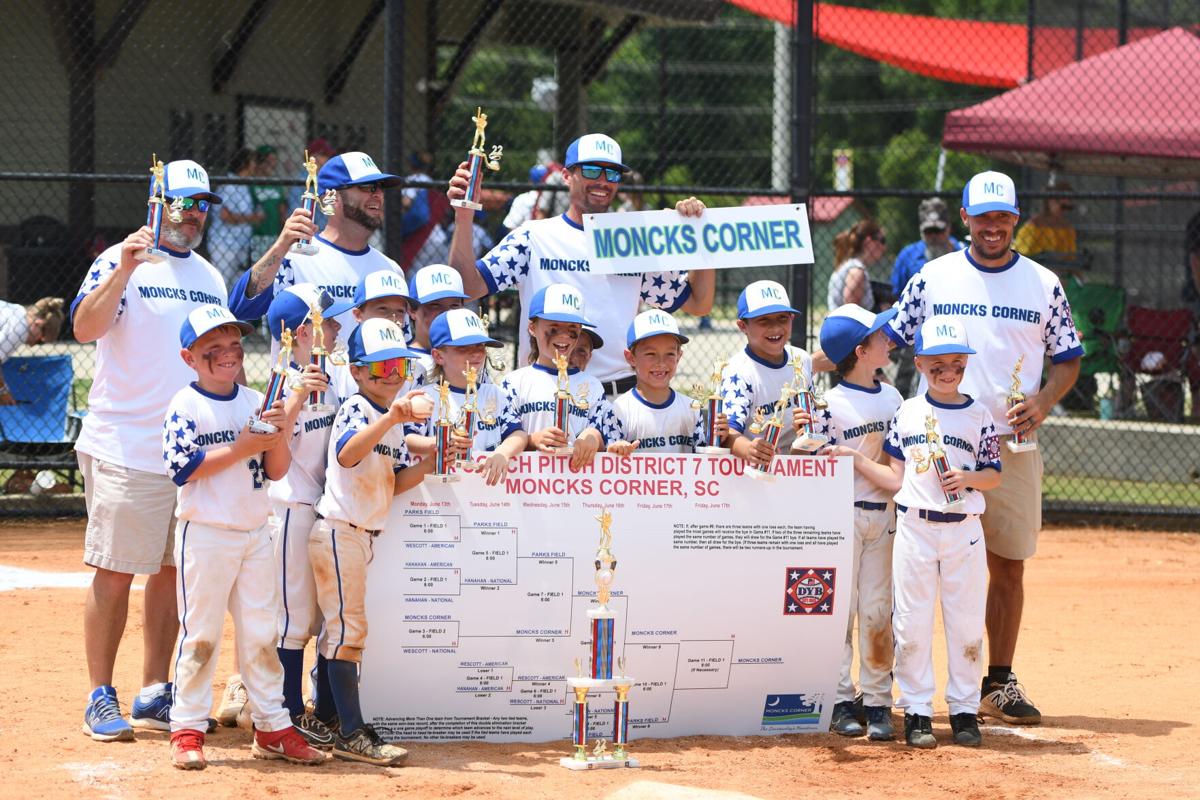 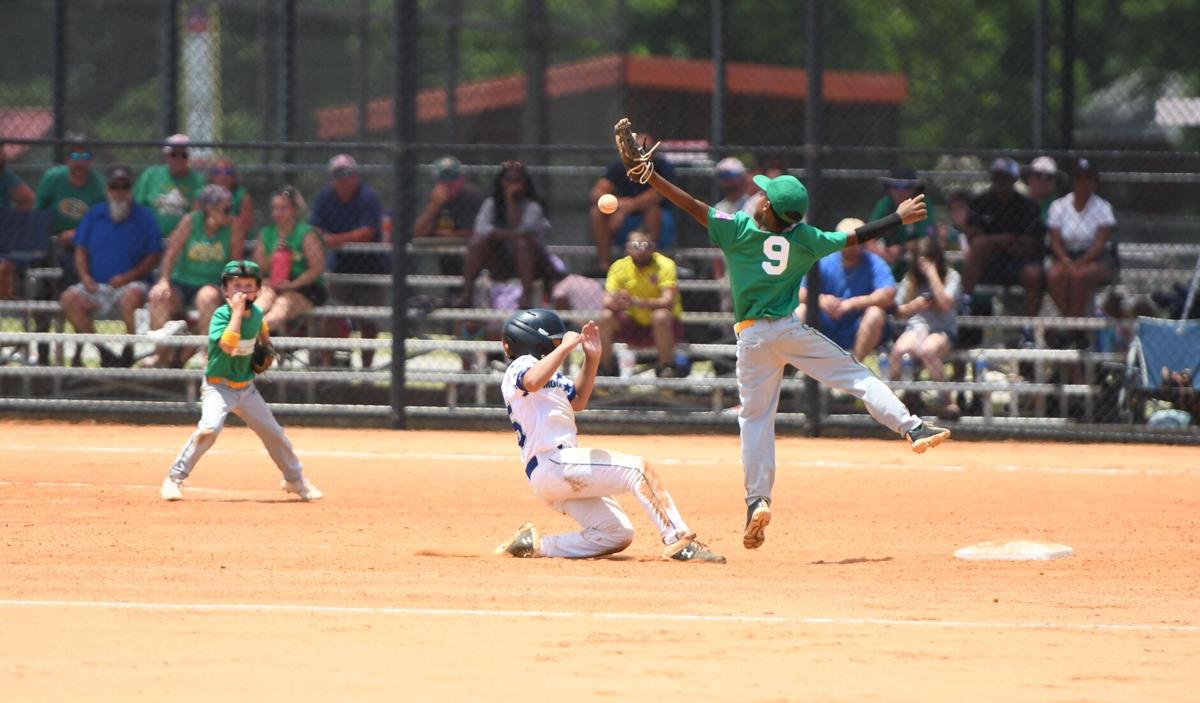 Moncks Corner's Eli Brinson slides safely into second base ahead of a throw to Park Field's James Han. 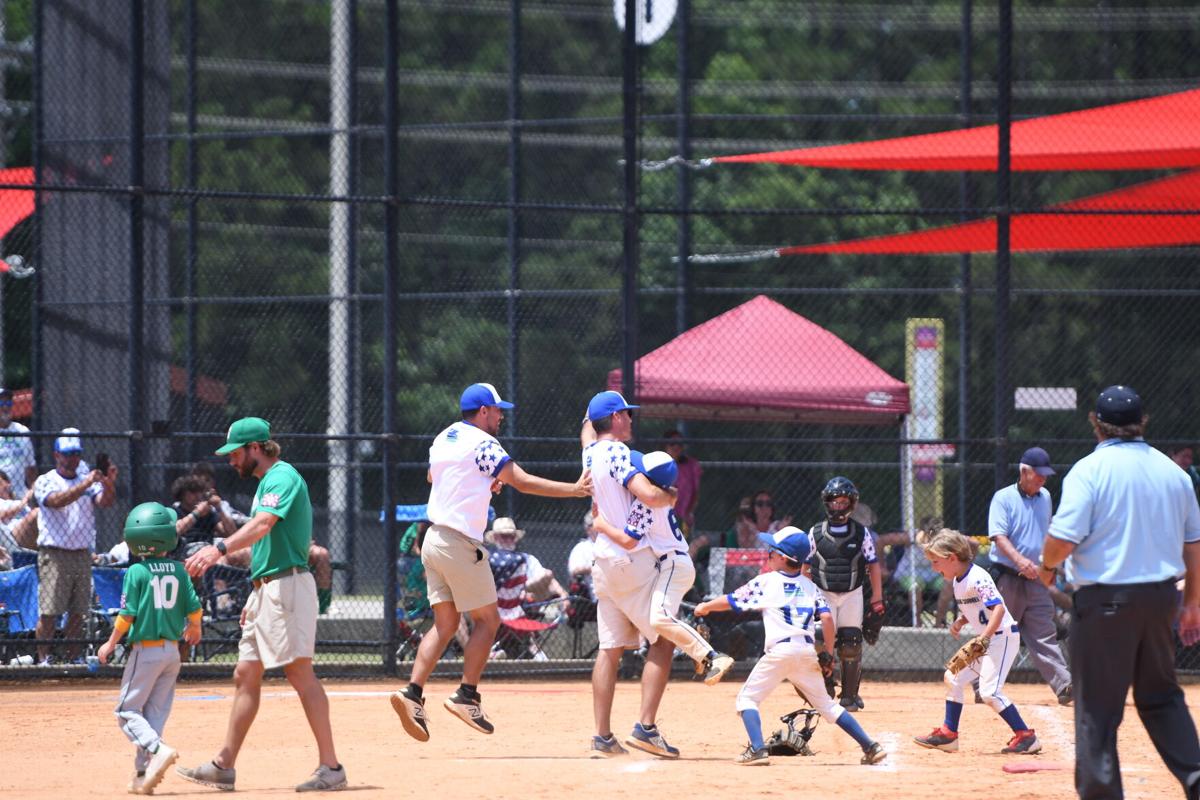 Moncks Corner players and coaches celebrate after the final out is made in the Dixie Youth AA coach pitch District 7 tournament championship game.

Moncks Corner's Eli Brinson slides safely into second base ahead of a throw to Park Field's James Han.

Moncks Corner players and coaches celebrate after the final out is made in the Dixie Youth AA coach pitch District 7 tournament championship game.

Moncks Corner’s Dixie Youth AA coach pitch all-stars scored the first five runs and the last 10 runs to finish off a perfect run in the District 7 tournament June 18, pulling away from Parks Field for a 15-4 victory.

Moncks Corner, which hosted the tournament, went 4-0 and moves on to the state tournament. It begins July 9 in Anderson.

“Parks Field is a really good ball club,” Moncks Corner coach Chris Ard said. “People asked me how I thought it was going to go and I was expecting a two-run game that could go either way. We just tried to pump our guys up. We practice them hard. We try to make them tough and ready for anything. I knew it was going to be tough but our guys showed up.”

Ard’s bunch jumped out to a 5-0 lead in its first two at-bats but Parks Field plated four runs in the bottom of the second inning to pull within a run. The host team, though, tightened up on defense and began to take control in the middle innings.

“We had that one bad inning,” Ard said. “Those four runs were basically on defensive errors. I’m pretty satisfied with everything else. We’re going to work on (fielding) a lot before the state tournament. We’re going to get them a lot of repetitions. Our practices are high intensity. We train them to play in these types of situations.”

The focus now shifts to how Moncks Corner will do at state. It takes on Central/Clemson at 1 p.m. on July 9 at the Anderson Sports and Entertainment Complex. If Moncks Corner wins the opener, it plays again at 5 p.m. the same day. If it loses, Moncks Corner plays its second game on July 10 at 1 p.m.

“We’re going to find out (what we’re capable of),” Ard said. “We were there last year. Moncks Corner made a good run. There will be a bunch of great teams up there. It’s a different level of competition. If we show up and we hustle, play hard and play defense, we’ll be just fine. We’re just going to give it all we’ve got.”