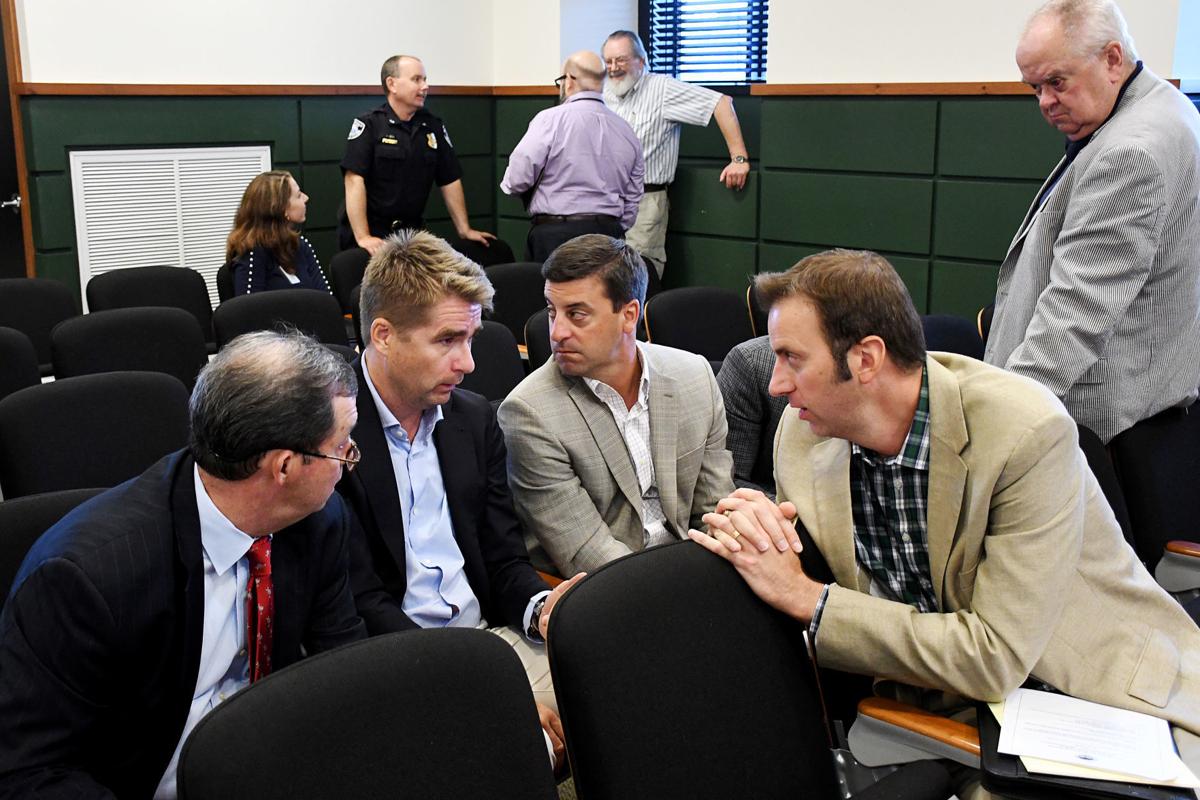 Stefan Hoyer, second from left, talks with consultants during the Summerville Town Council meeting on July 11. 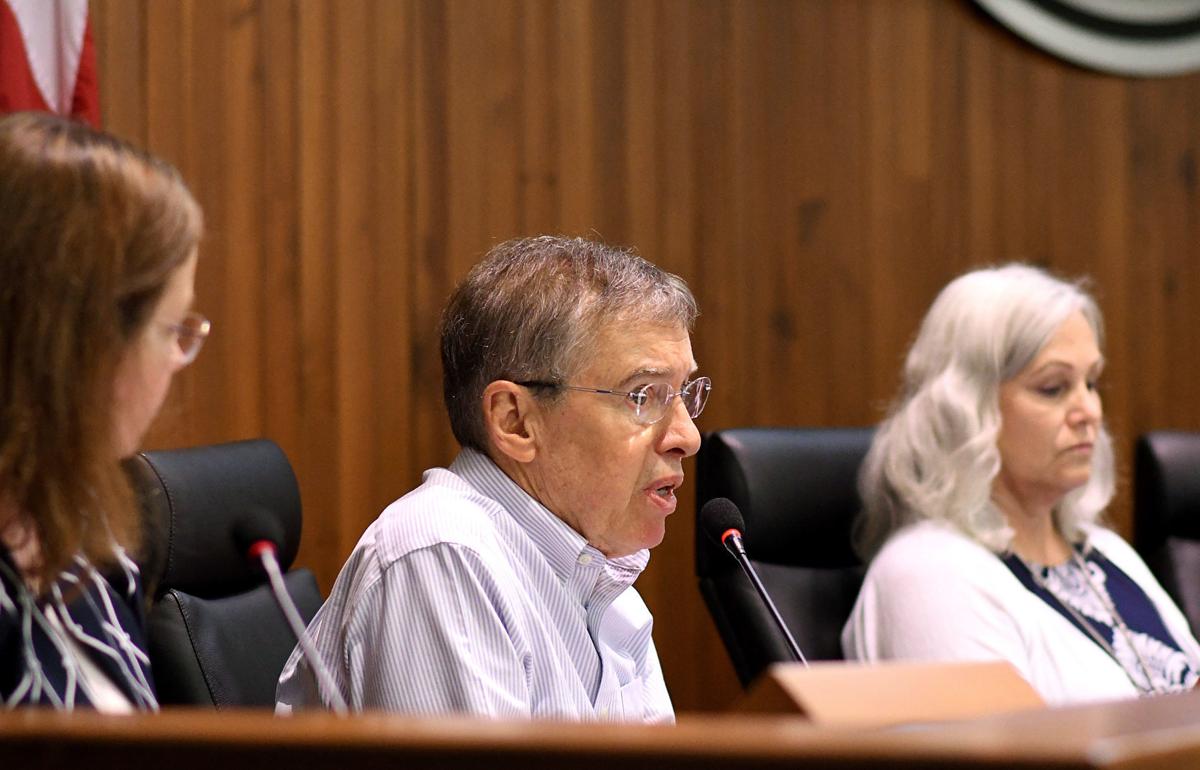 Summerville Town Councilman Walter Bailey, center, said he has strong reservations about bringing 900 acres of primarily residential property into the town limits unless there is a very strong mix of commercial property.

Stefan Hoyer, second from left, talks with consultants during the Summerville Town Council meeting on July 11.

Summerville Town Councilman Walter Bailey, center, said he has strong reservations about bringing 900 acres of primarily residential property into the town limits unless there is a very strong mix of commercial property.

Summerville leaders are not convinced that a proposed 2,300-home development is economically feasible for the town.

During the July 11 Town Council meeting town council members did not give first reading to an ordinance approving a proposed development agreement for Hoyer Investment Company.

The tract of land is located in unincorporated Berkeley County on the east side of Interstate 26 at the Nexton Parkway Interchange. The property, owned by The Whitfield Company, is zoned Heavy Industrial and FLEX. Hoyer Investment Company and Thomas and Hutton Engineering have requested the town annex the land and rezone it to a Planned Unit Development (PUD).

He told council members that the developer’s traffic study is incomplete because it did not include data from neighboring properties, including Nexton.

“Their traffic study unfortunately ignored our existing traffic study…it was an oversight but it could have really serious implications for everyone involved,” Gibadlo said.

He asked that council members hold off on considering the development until they have a new traffic study- which will be ready in a few weeks.

Gibadlo also said he was surprised when he saw the announcement about the proposed annexation, because he knew that the town identified that property as a job center.

“It was just a few years ago when we were amending our development agreement with the town that at the request of the town, we actually eliminated single-family uses from our property that sits within the town limits of Summerville,” Gibadlo said.

Representatives from the Del Webb community said they support the rezoning and development of Sheep Island PUD but they request three modifications be made to the proposal; restrict zoning of the land just opposite to Del Webb to single family development, increase buffer distance between communities, and remove or relocate a proposed road that will run along their western property edge.

Councilman Bob Jackson made a motion to give the proposed development agreement first reading so that elected officials can dive into the details of the proposal. He emphasized that the move did not mean that council members were obligated to give second reading in August.

Councilmen Bill McIntosh and Walter Bailey agreed that giving first reading would allow members of the governing body to receive more data and information before moving forward with the proposal.

“I’ve got strong reservations about bringing in that 900 acres of primarily residential property unless there’s a very strong mix of commercial that will make it economically feasible for our tax base to bring in all that residential,” Bailey said.

He mentioned the expenses involved in servicing the property; police protection and fire stations.

“It’s going to take a lot of convincing for me to approve something of this magnitude without any real assurance that it’s going to pay off financially for the town,” Bailey said.

Councilman Aaron Brown said he is not convinced that the development will pay for itself.

“Also, I’m concerned about bringing in all these residential properties opposed to commercial,” Brown said.

Councilwoman Christine Czarnik said she has a problem with some of the language in the the development agreement. She said “it sounds like it may try to bind future councils.”

Councilwoman Kima Garten-Schmidt said she still has a lot of questions about the developer’s plans and would like to see an updated proposal.

{p dir=”ltr”}Last month, council members did not take action on the proposed development agreement but they did accept a petition for annexation of the property. The petition will be considered again during the August meeting.

Berkeley County property could be Summerville's largest annexation of 2019

Property could be largest