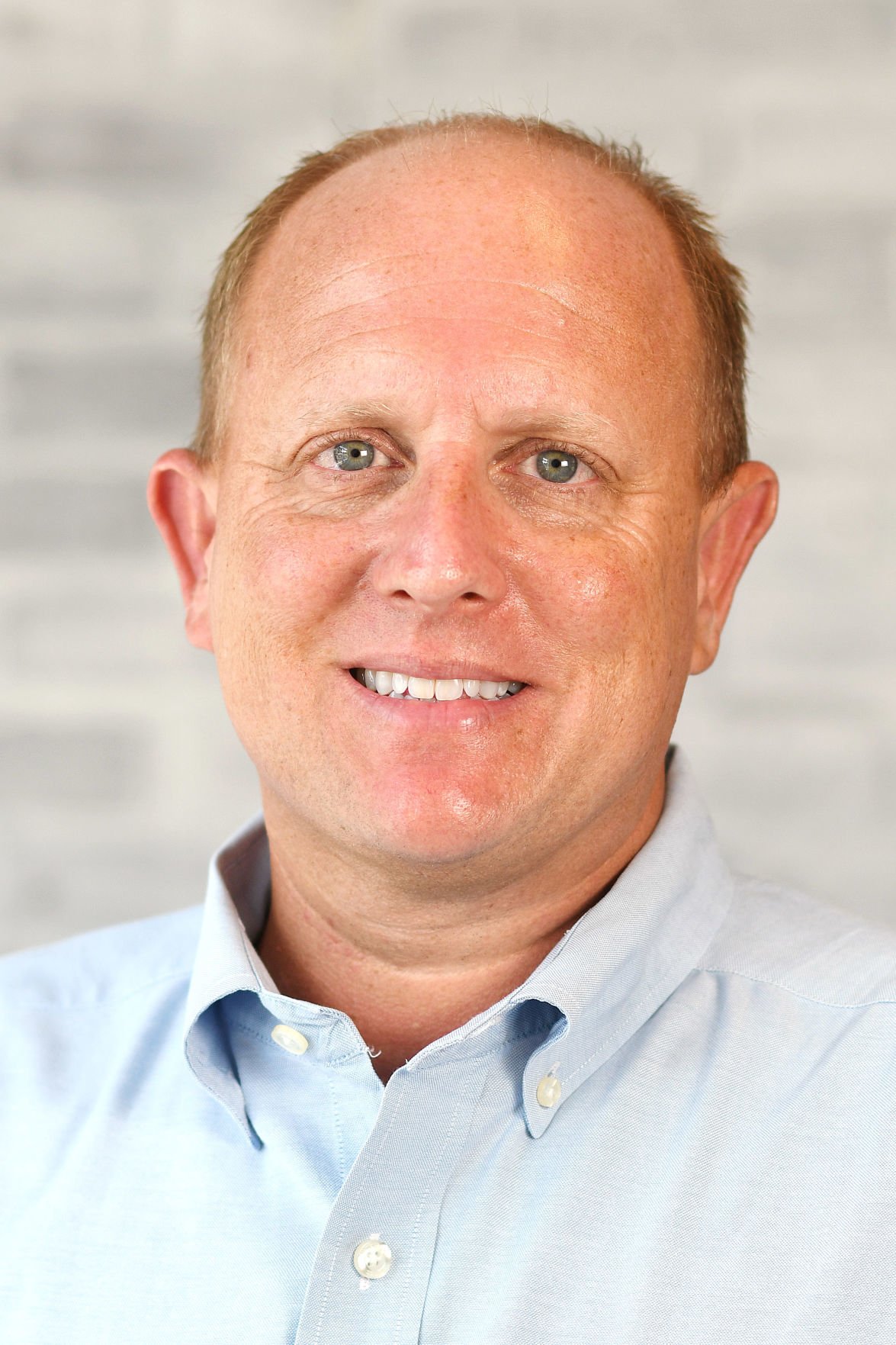 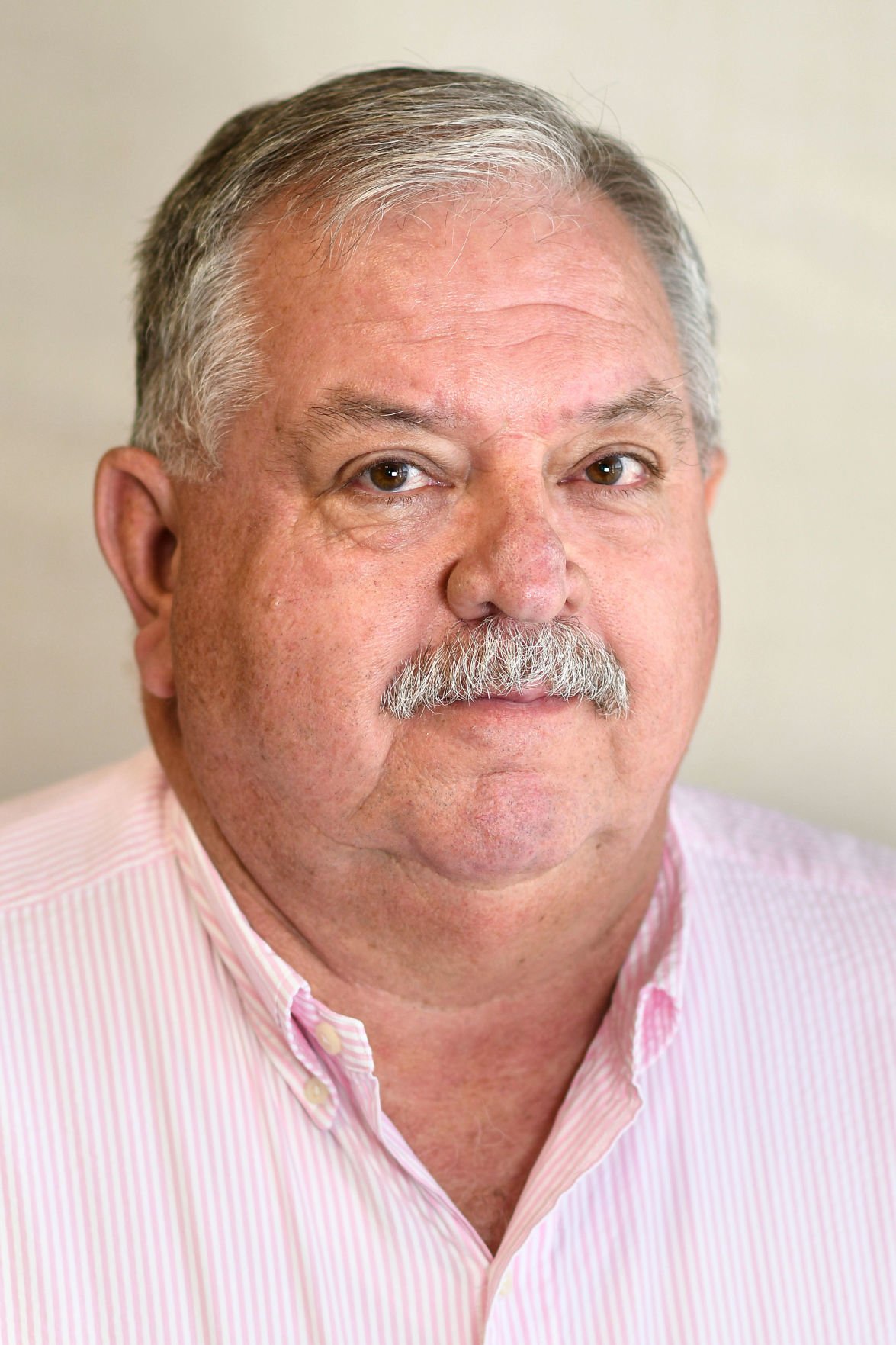 As Moncks Corner Mayor Michael Lockliear closes out his first full term as mayor, the town leader is eager to continue serving his hometown.

“I’ve been on town council and served as Mayor since 2004 and Moncks Corner has changed in many ways,” Lockliear said. “It’s not so much as one person’s accomplishment. ...As mayor you’ve got to have a council that’s willing to work with you as well as your town staff. I think we have everybody working together.”

His top priority is building Berkeley County’s first Miracle League Field inside of the Moncks Corner Regional Recreation Complex. Lockliear said the town council members feel strongly about the addition of the special needs field because there are 4,400 children enrolled in the Berkeley County School District that have special needs and currently they have to drive to surrounding counties to play sports on specially-equipped ball fields.

“That (number) is not counting the children who cannot attend school, or even the special needs adults,” Lockliear said. “They all need a place to play, and they all need to feel the experience of being a part of a team.”

Lockliear expressed pride in the recent wayfinding signage that’s been installed throughout the town. Attention to details means a lot to him and those little things are important too, he said.

“I’m very honored and humbled to serve as Moncks Corner’s mayor; I consider it a great privilege to be able to serve in this seat,” Lockliear said. “It’s fun to network with your team, with your council and come up with ideas and put them into motion and see them go to work.”

He said he wants to work to maintain Moncks Corner’s “small town feel.”

“We are dubbed ‘The Lowcountry’s Hometown,’ and we work very hard to keep it that way,” Lockliear said. “I know we are growing and we are going to continue to grow but we’ve got to be smart in how we grow. We can grow without changing who we are and if we do it the right way, we will keep that Lowcountry’s Hometown feel and that’s my goal; to really keep it that way.”

A poster-sized aerial photograph of Moncks Corner is displayed inside a conference room at The Real Estate Firm, a Moncks Corner-based real estate company. Jay Law Jr. owns the company, he is also seeking re-election to the town council in November. Law points out several areas of town that have recently changed; new businesses on Main Street, the newly renovated Old Berkeley High School, a developing regional recreation complex. Those are welcome changes and improvements to the town, according to Law.

The councilman is running for re-election so that he can continue to be a part of shaping the look and feel of the “Lowcountry’s Hometown.”

“Some of our biggest growth in the town has really been the recreational complex,” Law said. “It’s great to drive through there and see what we’ve been a part of... seeing kids out in the community; out on the new ball fields, football fields, and basketball courts. That’s what the small town community feel is all about- it’s just great to see people out in the community and being a part of that.”

“That (revenue) is something that we’ve never seen before, it’s starting to be great for us,” Law said.

Law is seeking re-election so that he can continue to focus on strengthening the local economy and improving the quality of life for residents, he said.

Like other council members and the mayor, Law is eager to break ground on Berkeley County’s first Miracle Field League baseball field; a field designed for children and adults with special needs. The Miracle League field will be located inside of the town’s recreation complex.

“We want to continue to improve the town, the challenge is doing that and keeping taxes low,” Law said. “We have a lot of citizens that have been here all of their lives and some of them are at an age now where they’re on a fixed income. I think the challenge is to continue to make Moncks Corner a great place to live, improve our facilities, improve the town and at the same time, figure out how to do that so that it’s not at the expense of the taxpayers pocketbook.”

Law was born and raised in Moncks Corner. He is a graduate of the University of South Carolina and has a masters degree from Charleston Southern University. He and his wife, Mandy, have two children.

David Dennis has served on Moncks Corner Town Council since 2006. The Moncks Corner native is running one more time to serve on the town’s governing body. A local commercial loan officer since 1985, Dennis said his professional career and his 13 years on town council have both been driven by a desire to help others.

“As a loan officer I’ve helped people build homes, build businesses, I’ve helped people my whole life, that’s all I’ve ever done,” Dennis said. “That’s one of the reasons why I wanted to be on town council — to give back to a town that had been so good to me over the years. One person can’t make a difference alone but if you work together with a good group, you can accomplish a lot of things.”

Dennis, who serves as Mayor Pro Tem, said he wants to help the town finish developing its regional recreation complex. He was serving on the council when the town first began to plan for the recreational facility. Now, the final piece to build is the Miracle League Field; the first special needs ball field in Berkeley County.

Dennis said another major accomplishment that he’s been a part of is supporting the town’s employees. In recent years, Dennis and other council members have pushed for salary studies and salary increases to try and match the compensation of surrounding municipalities.

“We’ve got a great staff up there, that’s one of the things that I’ve been really impressed with over the years,” Dennis said. “We’ve got a good group of people up there and they try hard to do what’s best for the Town of Moncks Corner.”

Dennis is proud of the town’s current financial footing; he said the town hasn’t had to borrow money and it’s been doing a lot of good things with the money it generates.

“We just want to try to improve the quality of life for the residents of Moncks Corner without raising taxes; give them up to date services and modernization without a big increase,” Dennis said.

Dennis is a graduate of the Citadel. He and his wife, Susan, have two children and four grandchildren. He said most of his attention and energy is invested into grandchildren duties.

“I enjoy it and I’m truly blessed to have two good children and four beautiful grandchildren,” Dennis said. “Things couldn’t be any better.”

Chadwick Sweatman says one of the greatest accomplishments that the Moncks Corner Town Council has achieved in the past four years is being able to work together and have a common vision for what the town is going to look like in the years to come.

“There’s not any adversity between any of the council members in place and we do share a lot of the same vision for the town,” Sweatman said. “I think that is helping us to get to where we want the town to be.”

The town councilman is wrapping up his first term in office and he is seeking re-election to the seat.

One of the major projects he wants to continue working on is the improvement of the California Branch, a town-wide stream that causes flooding in the neighborhoods and streets that it runs past.

“This has been a long issue for the town of Moncks Corner,” Sweatman said. “(Traction) hasn’t moved as quickly as we’d hoped it would but at this point we have gotten an engineering study and we are working with other government agencies to cooperate and share the responsibility to address the matter of the flooding.”

The canal is too narrow to handle the water flowing through it. In addition, more buildings and impervious surfaces have changed the way that natural green space can absorb rainfall.

Three different avenues have been proposed as a possible solution, each with a different cost point.

“It’s going to be a major engineering undertaking to get this straightened out,” Sweatman said.

In addition to the California Branch, Sweatman is determined to see the town secure funding to build Berkeley County’s first Miracle League Field.

“We have a lot of children here that do not have the opportunity to play ball and (the Miracle League Field) is a necessity,” Sweatman said.

He would also like to see the town update its master plan.

“With the growth that’s going on right now we need to be prepared and we need to know what we’re doing and where we want things to go,” Sweatman said.

Managing growth is going to be one of Moncks Corner’s greatest challenges, according to Sweatman.

“Moncks Corner has always been a small town and it’s hard to digest at times that our way of living in the past and our way of living now could be basically transformed into something comparable to a Summerville, Hannahan, North Charleston or downtown (Charleston),” Sweatman said. “What makes Moncks Corner special is just being a hometown where you know folks, the traffic is not overly terrible and it’s just a great place to live.”

A certified public accountant, the Moncks Corner-native works from his office on Main Street in downtown Moncks Corner. He has an undergraduate degree from the College of Charleston and a master in business from the Citadel. He and his wife, Erin, have two daughters.