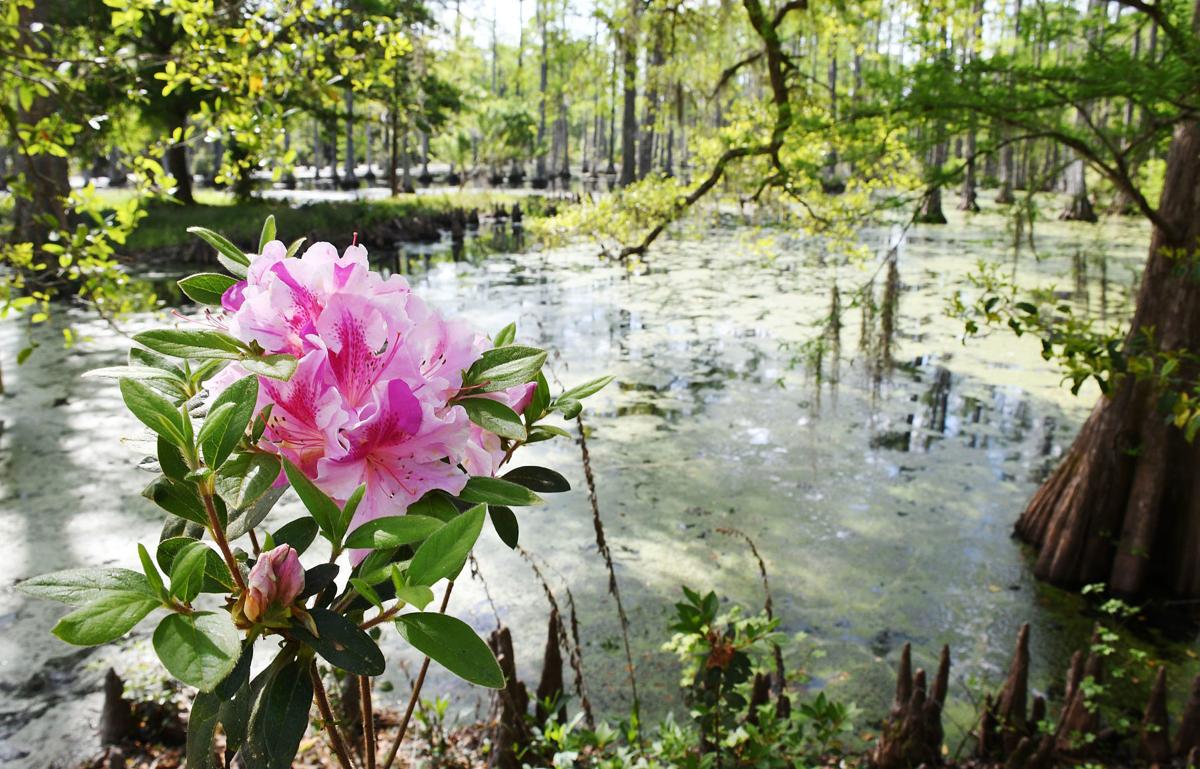 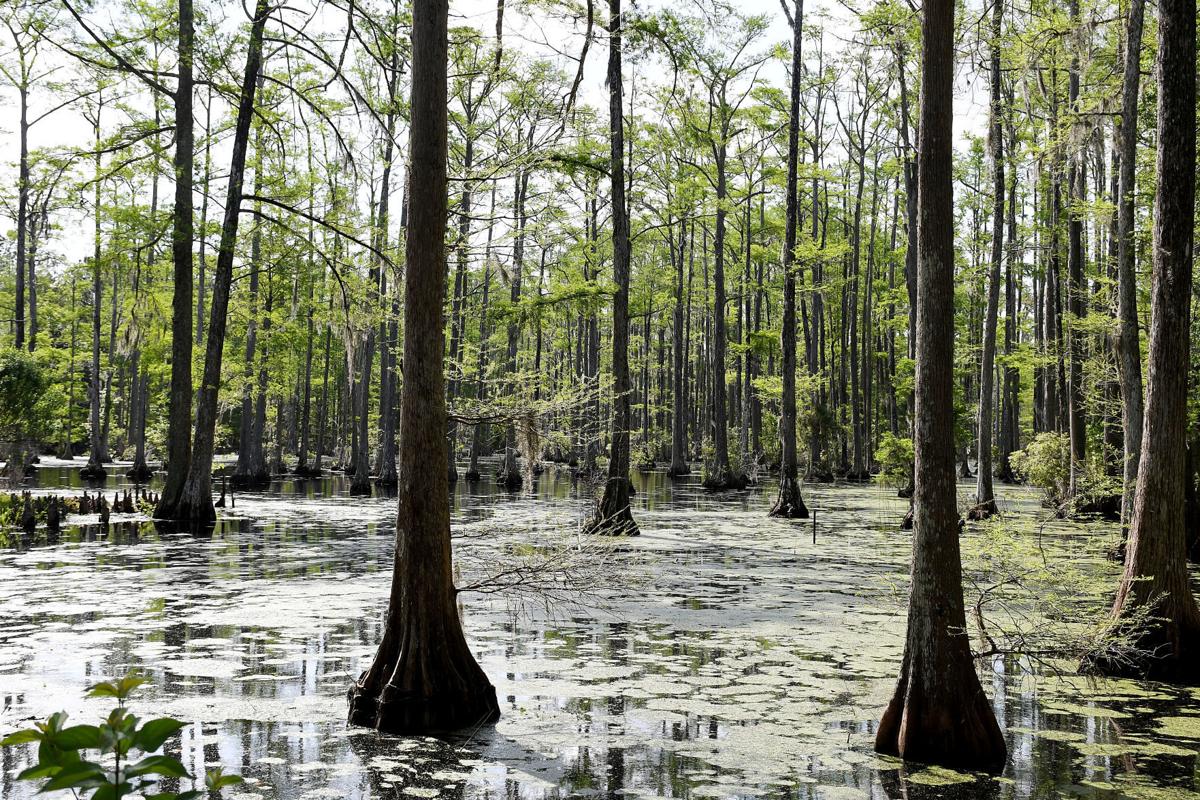 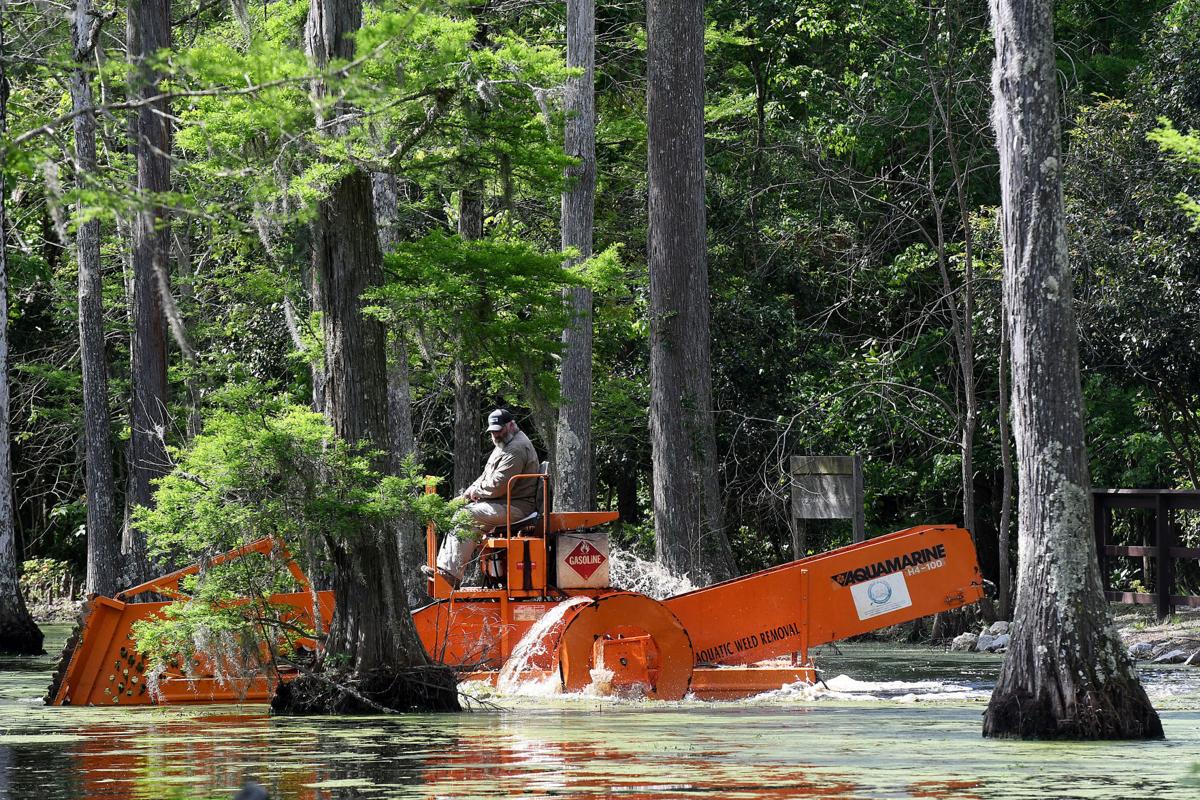 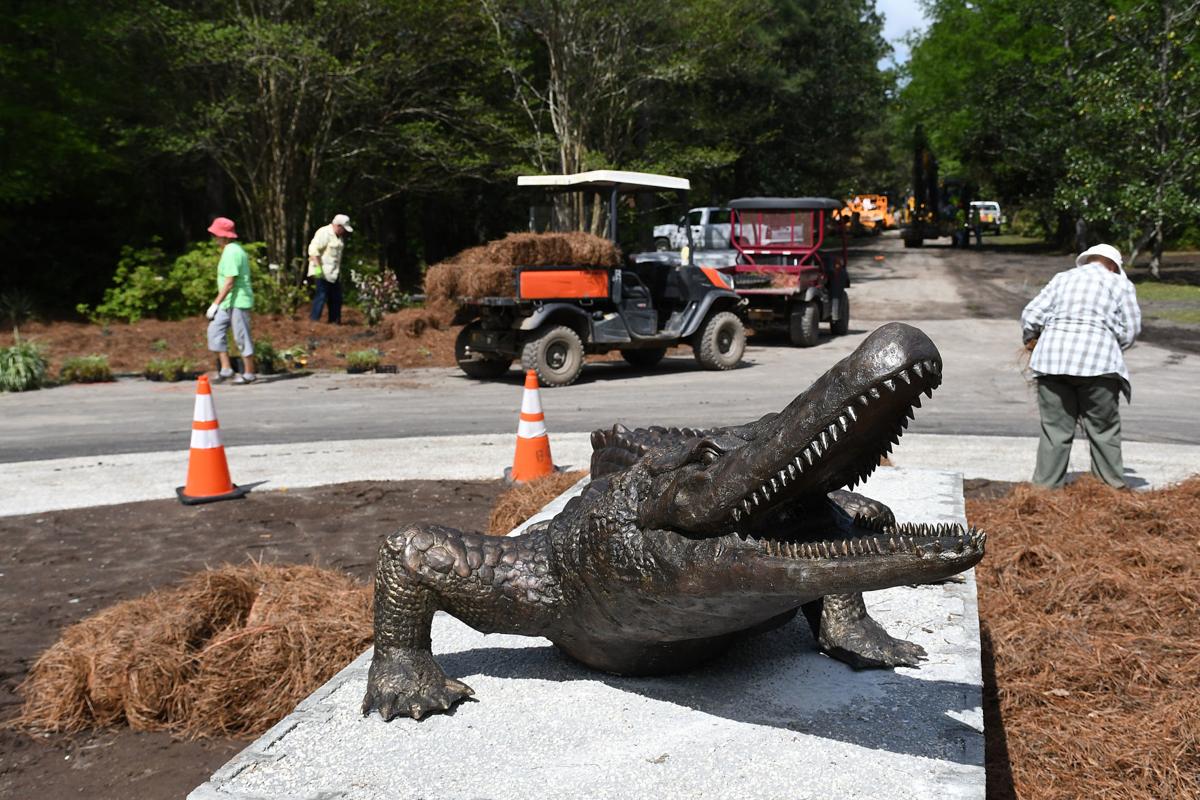 Gardens just before it re-opened to the public

Saturday. The park closed in 2015 after

devastating floods swept through the region. 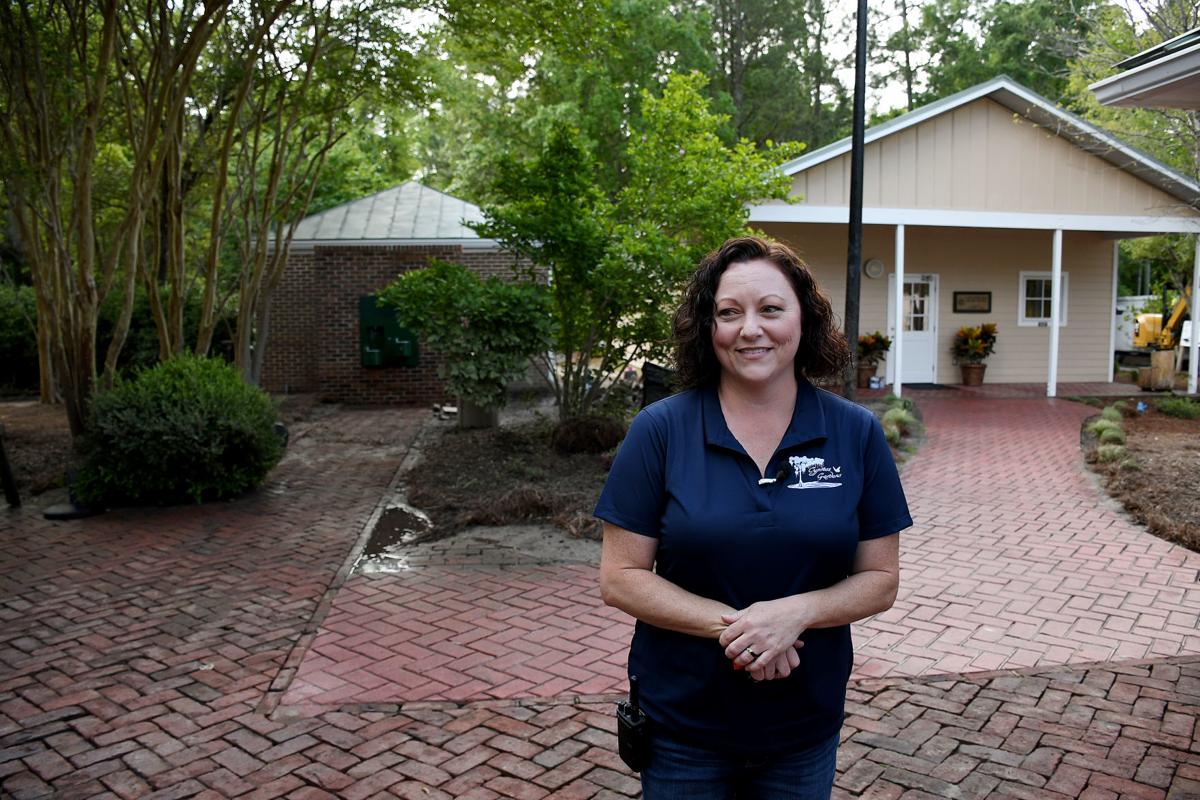 Heather McDowell is the director of Cypress Gardens in Berkeley County. 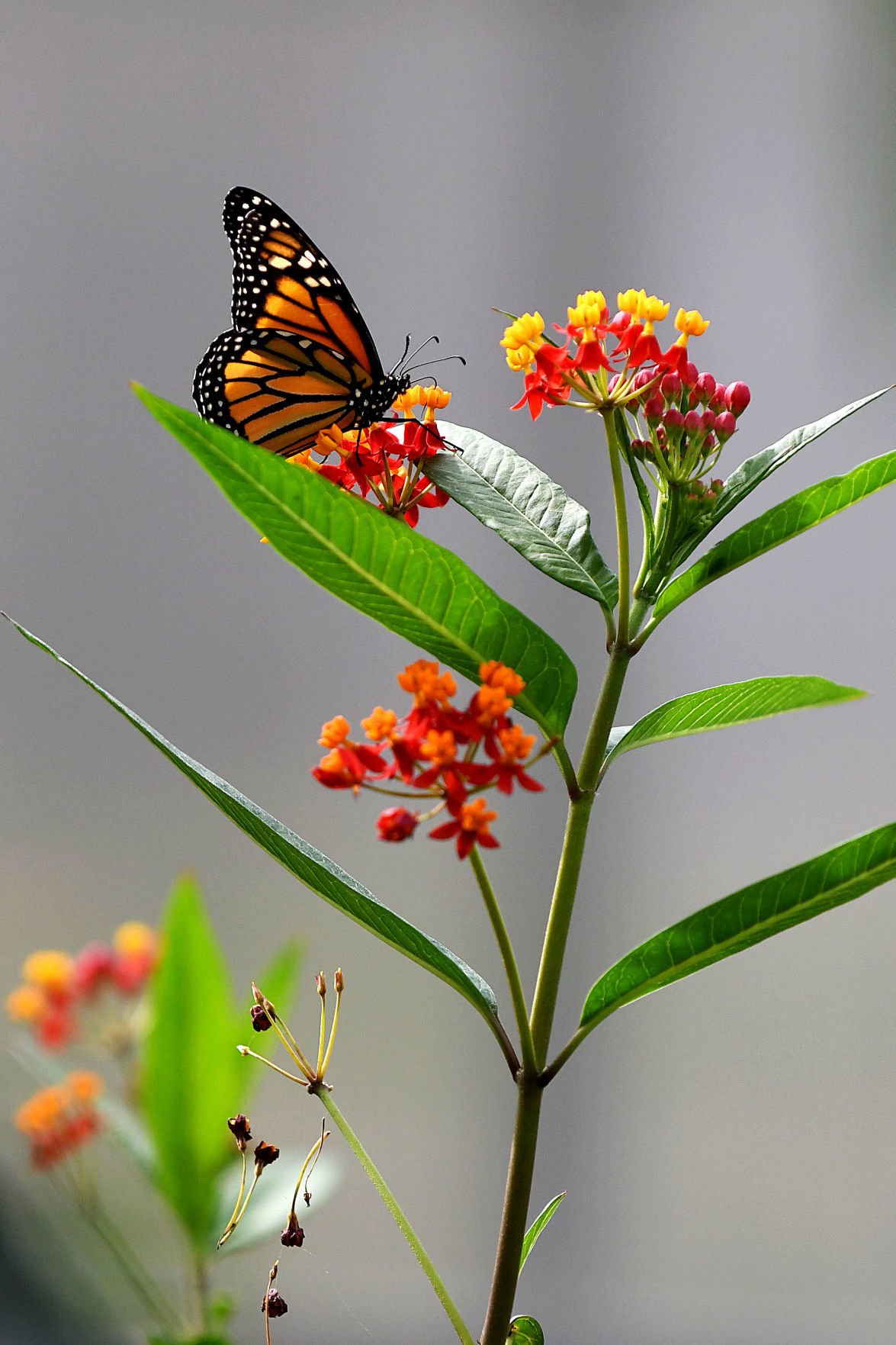 One of hundreds of Monarch butterflies rests in the Butterfly House at Cypress Gardens. Find more photos at berkeleyind.com.photos.

Gardens just before it re-opened to the public

Saturday. The park closed in 2015 after

devastating floods swept through the region.

Heather McDowell is the director of Cypress Gardens in Berkeley County.

One of hundreds of Monarch butterflies rests in the Butterfly House at Cypress Gardens. Find more photos at berkeleyind.com.photos.

Visitors entering Cypress Gardens for Saturday’s much-anticipated Grand Reopening will be greeted by a 9-foot alligator. But there will be no need to scream, unless it’s from excitement.

The new welcoming feature is merely a bronze statue, just one of many updates park-goers will spot at Berkeley County’s most popular tourist site.

The park is certainly in a much different state than fall 2015, when park officials said the entrance was under water.

“When I came out here, all I could do was cry,” said Heather McDowell, director of Cypress Gardens.

Forced to access the park by boat at the time, she explained she was scared the park’s two domestic alligators might attack her. McDowell said she feared the flooding might’ve allowed the sharp-toothed reptiles to escape their enclosures.

“There was water everywhere,” she said. “Everything was ruined.”

Luckily, the alligators had remained enclosed, but water had seeped into every building throughout the park. Just like McDowell, employees were devastated to witness the aftermath of that year’s unprecedented weather event.

“It broke everyone’s heart,” McDowell said. “We did not expect to be closed this long.”

Due to the heavy rainfall, and more extreme flooding in subsequent years, the park was forced to close for at least three years while park and county staff worked to restore the beloved Lowcountry destination.

However, McDowell said the process slowed because of delays associated with the Federal Emergency Management Agency. The renovation initiative also required the park’s coordination with county departments every step of the way.

And the renovation has touched every part of the 170-acre site, including the park’s centerpiece — a cypress swamp used to film the Hollywood romance film “The Notebook.” McDowell revealed the swamp had to be drained and cleared of weeds before it could be refilled. She also said a floating boat dock was built alongside the swamp.

Through a partnership with Google, free Wi-Fi was installed throughout the park and 100 new Chromebooks were donated for students to use in two new classrooms on site. Google also developed an app to help visitors identify animals spotted inside the Butterfly House, which also showcases two hand-painted murals created by local high school students, according to park officials.

New animals were added in the Swamparium — also repainted; and the park’s front lawn was redesigned to create a larger space. A new playground was additionally installed and includes a small play area for toddlers. However, county staff said certain renovations remain ongoing, including work on the Heritage Museum and Dean Hall building.

In addition to adding new features, Cypress Gardens has grown in staff size, nearly doubling its full-time employee count since closing in 2015. The effort to reopen the park as quickly as possible has required “all (county) hands on deck” the last four months, McDowell said. She largely credited new County Administrator Johnny Cribb, with helping propel the project to the finish line.

“This is near and dear to his heart; he absolutely loves this place,” McDowell said. “He was bound and determined to get this open for the community. He wanted for everybody to be able to come out and enjoy it.”

On Thursday, McDowell along with other staff members and county employees, including longtime volunteer Marion McKee, worked busily adding finishing touches to the park. As McKee spread pine straw across the ground surrounding the roundabout, she expressed why the reopening will be a bittersweet day for her.

“All of a sudden there are going to be all of these people,” she said. “We’ve had it all to ourselves, but the public has been wanting it to open.”

“I take care of the roses, and they’re just getting ready to bloom,” she said. “Last year they were beautiful and nobody was here to see them.”

Cypress Gardens is expected to draw thousands to its site on Saturday. The park opens at 10 a.m. and admission is free. A special ceremony ribbon-cutting ceremony will commence at 11 a.m.

Once parking fills up at Cypress Gardens, guests will be directed to the overflow parking lots at DuPont. Berkeley County Sheriff’s Office deputies will be directing traffic; and shuttles, provided by Google and Berkeley County School District, will transport people to-and-from the park from 10 a.m. to 5 p.m. The county encourages park-goers to carpool.

A look inside Cypress Gardens No. 2