Starks Croker Drive in Russellville is one of five newly-paved roads in the county that received allocated funding from the 2008 one-cent sales tax referendum. 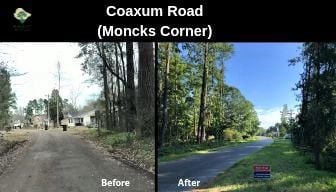 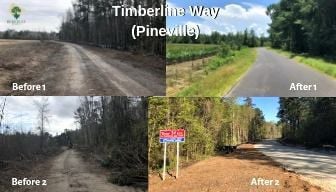 Starks Croker Drive in Russellville is one of five newly-paved roads in the county that received allocated funding from the 2008 one-cent sales tax referendum.

More than a decade after county voters approved funding for vital road-paving projects across the county, the county said it’s wrapping up those projects.

By the end of July, crews expect to complete a group of five dirt-to-pave (DTP) projects funded by the 2008 one-cent sales tax referendum. The particular program identifies which county dirt /gravel roads — most in rural communities — need paving.

A group of roads named in the 2008 DTP program are listed below, with their respective schedules. These are five of the 28 DTP roads identified in the referendum; together the projects cost $2.3 million and span 21.5 miles. The price tag also includes inspection and construction, the county said.

After completion of these five DTP roads, there will be five more roads remaining from the 2008 referendum at a cost of $3.5 million, according to the county. These roads, currently in the design or right-of-way acquisition planning stages, include Beulah Tabernacle Road (Forty-One), England Road (Moncks Corner), Ambassador Avenue (Longridge), Benjamin Drive (Whitesville) and Dennis Drive (Goose Creek).

The following DTP roads from the 2008 one-cent sales tax referendum have been completed:

A second one-cent sales tax referendum in 2014 identified 59 dirt and gravel roads in need of $17 million worth of work. Together the roads total 15 miles.

The county said Tuesday it plans to design and construct many of the DTP roads, through either in-house work from Roads and Bridges and/or Engineering departments, outsourcing with a contracting company or combined efforts.

Work has already commenced, and should be completed in six to nine months, on five Huger-area roads: Frances and Mary streets, Tracy Road, Radford Lane and Hunt Drive. While work is being outsourced on those roads, the county said its Roads and Bridges Department is conducting all construction and paving efforts.

Paving plans are still being developed for the remaining 54 DTP road projects. Listed in alphabetical order, they include the following roads: