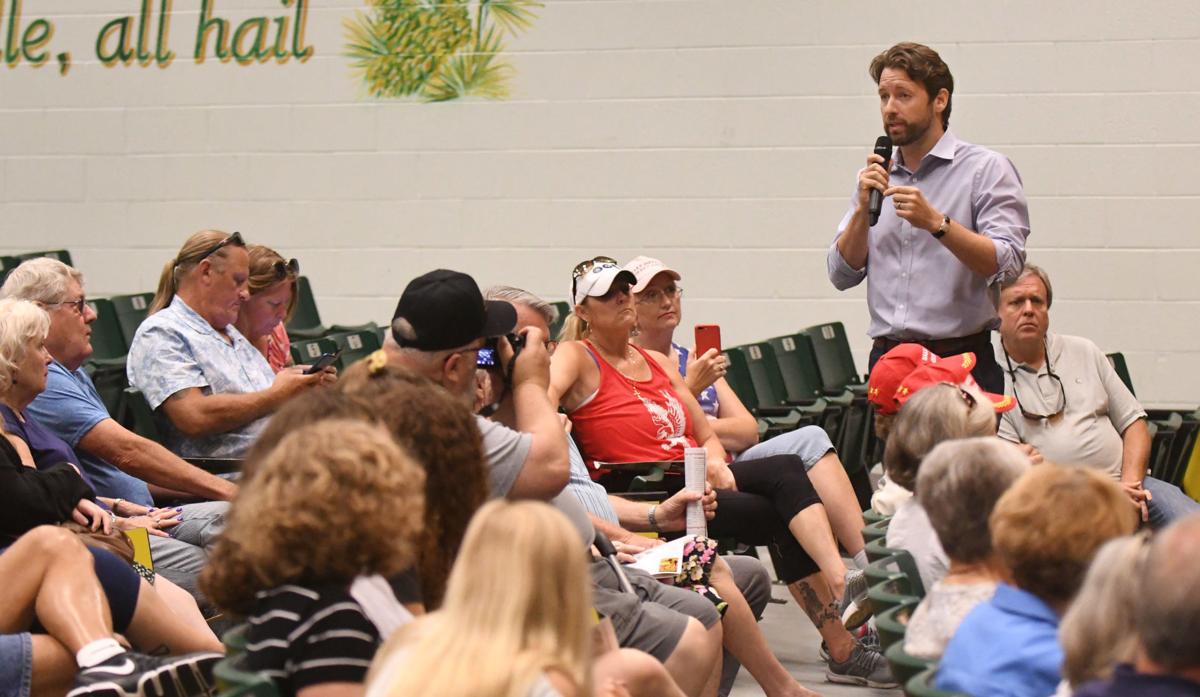 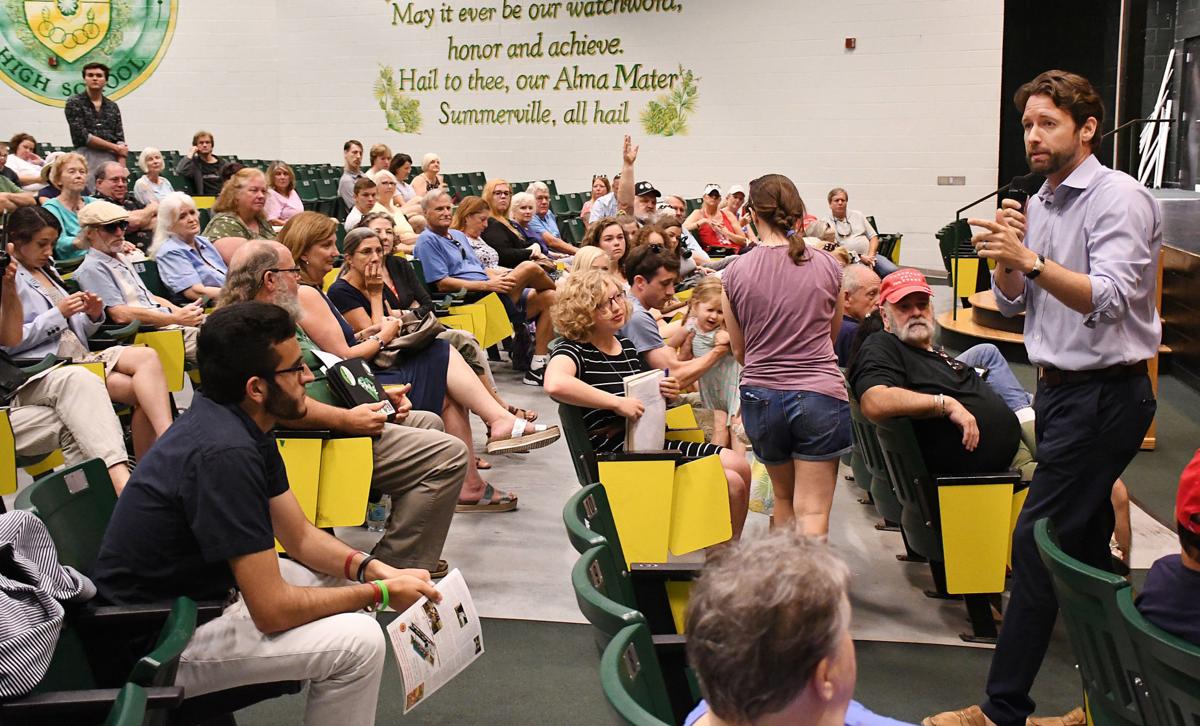 After six months in office, Cunningham, said the experience has been the “honor of a lifetime,” and that he has been trying to “inject some civility back into our nation’s capital.”

When asked about his accomplishments, Cunningham brought up the fact that the House of Representatives passed gun reform measures including one bill that seeks to close the “Charleston loophole,” a legal flaw that allowed Charleston mass shooter Dylann Roof to purchase a gun.

The local politician also mentioned his efforts to rid the political system of dark money.

The Congressman faces no shortage of challenges. He was reminded of those by his constituents- many of whom traveled from Beaufort county to attend the town hall meeting.

Rising sea levels was among the first topics raised in the public meeting.

Cunningham acknowledged that climate change is real and said it is “the greatest non military threat to our world.”

“We have to make efforts to reduce our carbon footprints and we have to incentivize for people to reduce their carbon emissions,” Cunningham said.

He said it set a bad precedent when the United States withdrew from the Paris Accord.

“This is an issue that is going to require every single country to play their part in and for all of us to act together,” Cunningham said.

“Congressman, I was shot in the head with a AK-47 in Vietnam,” Frederick said. “That’s a military assault weapon.”

Frederick talked about how the United States currently allows 18-year-olds to legally purchase weapons designed to “kill many people.” And that the shooter in the recent mass shooting in Virginia Beach used an extended magazine that allowed him to take more lives.

“I would like you to sponsor legislation to ban military assault weapons,” ‘Frederick said.

Cunningham expressed gratitude for Frederick’s service to the country.

Cunningham, a member of the Veterans Affairs Committee, said he believes weapons such as the AR 15 should only be accessible to the military and law enforcement officials.

Another Vietnam Veteran raised the topic of funding for the VA. Other veterans present asked the Congressman about addressing mental health needs of veterans and those serving in law enforcement.

One young woman shared a different take on the abortion issue. She suggested lawmakers should force insurance providers to cover birth control for dependents. Katie Batten said the placement of an IUD (intrauterine device) cost her family $3,000. As a dependent on her mother’s insurance plan, the birth control option was not covered.

“I imagine that a lot of people get pregnant because they can’t afford to keep themselves safe,” Batten said.

She said in Colorado, after IUDs were provided for free, the teenage birth rate dropped 64 percent in 8 years. The state actually saved money because it spent less on neonatal care, delivery and child care assistance for teen mothers, she said.

Cunningham told her that the healthcare industry “is in bad shape,” and efforts should be made to make things more fair, especially for women.

A 16-year-old Summerville resident named Joey Benton casually addressed the Congressman and revealed that he has cystic fibrosis, a chronic lung disease.

“You’ve said in the past that healthcare is a right and privilege and you’ve said that no one in America should go bankrupt because they got sick,” Benton said. “Why are you opposed to Medicare for All- a system that supports the same values that you claim to stand for?”

Cunningham said “Big Pharma is in the driver’s seat in America."

“We’ve kicked them out of this first congressional district by not taking any PAC money because I want to be beholden to the people and not special interest and not PACS,” Cunningham said.

Cunningham does not support medicare for all, he said, however he is working to improve the Affordable Care Act and drive down the cost of prescription drugs.

Some people questioned Cunningham’s stance on the impeachment of President Donald Trump.

Other Democrats are advocating for impeachment due to evidence of obstruction revealed in Special Counsel Robert Mueller’s report, however, Cunningham is not one of them.

He explained that impeachment might “nullify” the votes of millions of people.

“I recognize the seriousness of this and how divided it will make our country- for the people who voted for President Trump to feel like that vote was ripped away from them without a sound and just basis and a clear argument and without a full understanding of all the facts- I think runs contrary to what we’re trying to do,” Cunningham said.

The topic of illegal immigration was raised by several people in attendance. Renata DaSilva, a Summerville resident, and a Republican, said she legally emigrated to the United States from Brazil.

She said America is a “dream country,” and that she has seen the way other countries have fallen under corrupt government leadership. She asked the Congressman to talk about his stance on illegal immigration and also on abortion.

Cunningham replied that the United States of America is “a nation of laws and we need to enforce our laws.”

He said one of his first acts in Congress was a vote to provide an additional billion dollars to fund border security. Regarding abortion, he said the “settled law of the land is Roe v. Wade.”

Victoria Cowart, chairwoman of the Berkeley County GOP, said she recently learned that the county is considering voting machines that have a paper trail.

“Do you support election machines that have a paper trail inherent in their process?” she asked.

Cunningham said “checks and balances and redundancies in our voting system are desperately needed.”