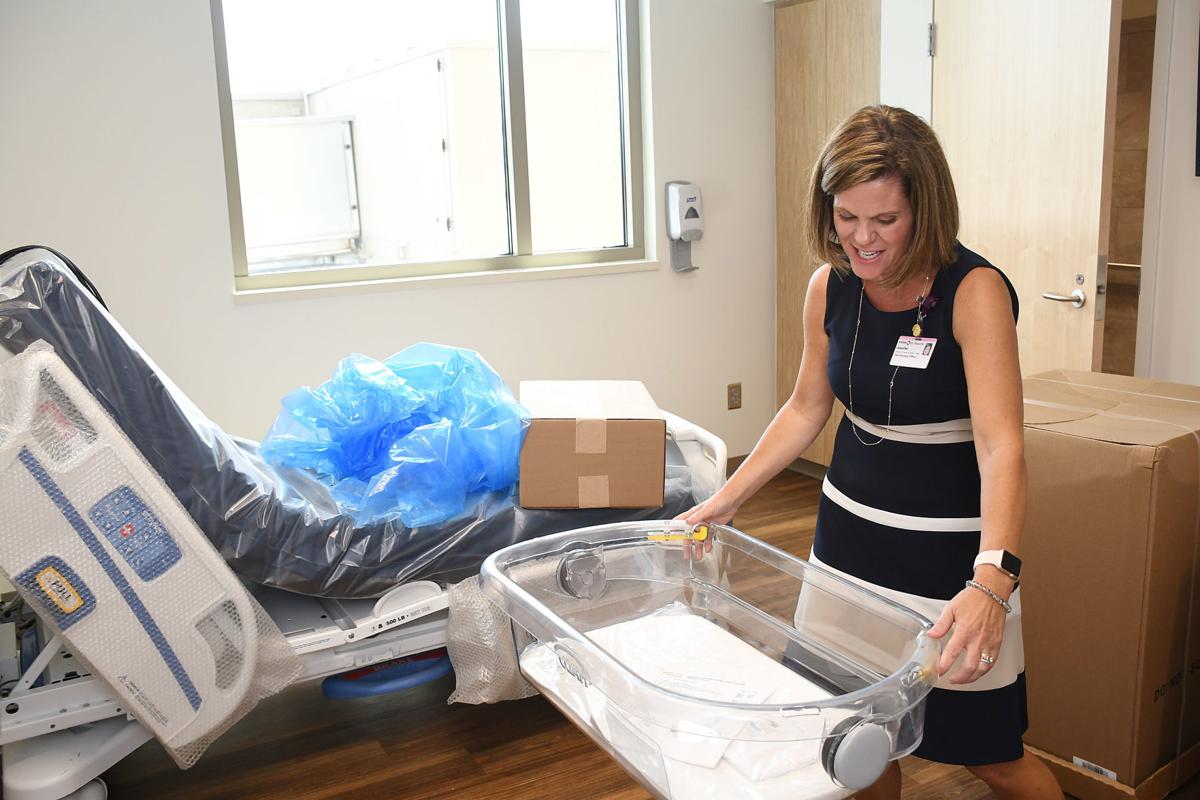 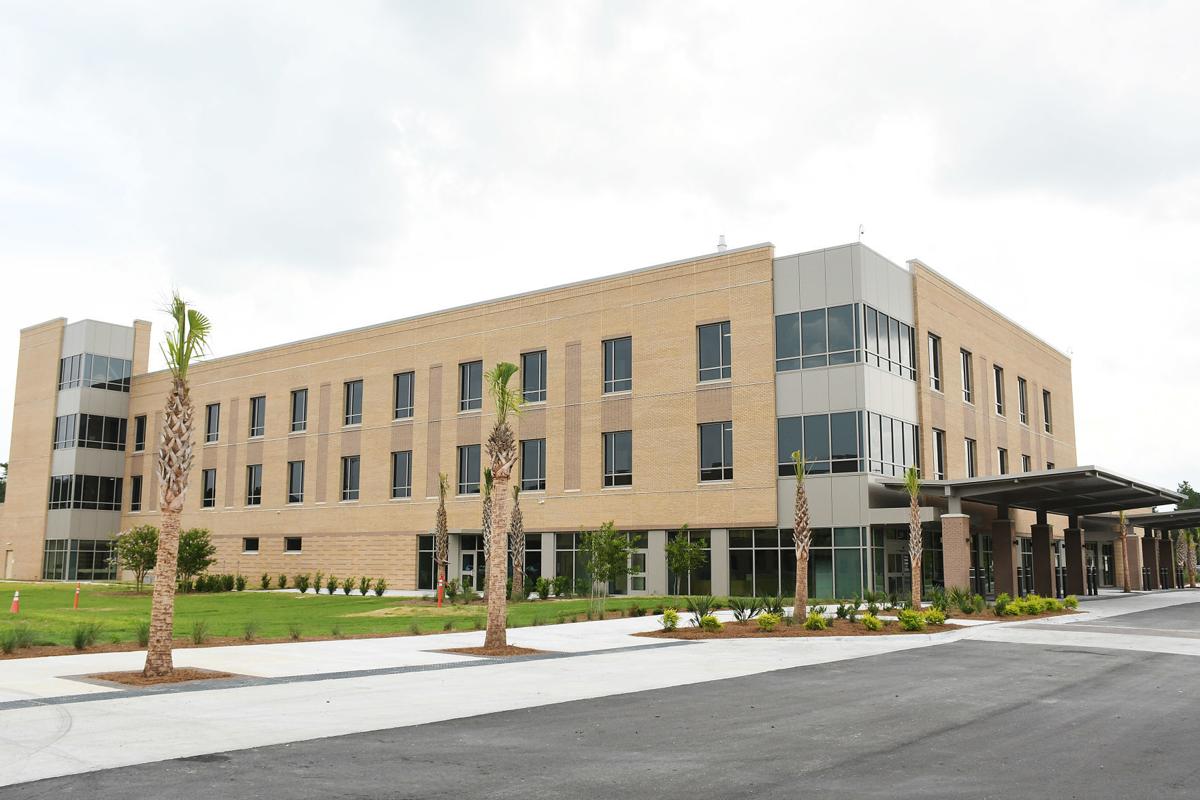 For the first time in more than four decades, Berkeley County will again house an inpatient hospital facility, allowing residents a more convenient place to receive life-saving care and welcome new life into the world.

According to administration with the future Roper St. Francis Berkeley Hospital, the 50-bed, $120 million site near Carnes Crossroads in Goose Creek, was designed with innovation and efficiency in mind. The bed count doesn’t include the 14-bed Emergency Room.

Because of it’s close-knit, family feel among staff, Jennifer Crawford, chief nursing officer for the hospital, also likened her new workplace to that of a boutique.

“We’re going to be one happy, cohesive, boutique-style facility,” she said.

During a recent tour of the new facility—in which hospital officials gave Berkeley Independent staff an inclusive first-look at freshly-painted rooms and high-tech equipment—staff repeatedly boasted about the homey atmosphere officials have worked hard to create inside the three-story facility. Bright, calm colors fill hallways and rooms; and to relax patients, portions of the ceilings above the MRI and radiation equipment showcase outdoor scenes of palm and evergreen trees—the pictures’ blue and green hues each serving as their room’s central focal points.

As a prime example of the hospital’s soothing vibes, staff also touted the second floor’s Labor and Delivery Unit.

DeRoy praised the unit’s floor-to-ceiling windows that offer mothers “beautiful views” and natural light as they hold their newborns for the first time; or maybe women will choose to soak in the innocence of their babies’ faces—and count tiny fingers and toes—while their family additions sleep softly inside their Halo bassinets.

The unique contraptions are the first of their kind inside a Roper St. Francis hospital, or any other Lowcountry hospital, Crawford said. Requiring only light touches to move, each bassinet swivels 360 degrees and can be positioned over a woman’s lap as the perfect way for her to bond with her new child.

And, which lucky Berkeley County woman will be the first to give birth inside the new hospital is already the talk of the town. Crawford said social media is exploding with chatter, as pregnant women post about wanting to make history—the first baby born in a county-based hospital in 45 years.

“We’ve had a lot of interest in the baby world,” Crawford said.

Though smaller in size than its sister hospitals in Mt. Pleasant, West Ashley and downtown Charleston, the Roper St. Francis Berkeley Hospital will feature just as much, if not more, innovative equipment and commitment to quality care. In addition to its full-service hospitals, Roper St. Francis operates 90-plus facilities and doctors’ offices across the Lowcountry.

Keeping the new Berkeley hospital filled with touches of local color and history was also a top priority, Crawford said. Located at 100 Callen Boulevard, where Highways 17-A and 176 intersect, the hospital’s main entryway is named after one of the county’s most reputable nurses, Maude Callen.

The historical icon delivered more than 800 babies during her career as a midwife. The African-American nurse was also celebrated for operating a health clinic in the county until 1986.

Callen offered health care and immunizations to the county’s underprivileged population; and her clinic still stands on Highway 405 in Pineville. Hospital staff said they’re partnering with the county museum to eventually display some of Callen’s nursing items inside the facility.

The new hospital’s wall-hangings and murals will range from photographs of Cypress Gardens, Summerville’s large, pink azaleas and other staple attractions and reminders of the surrounding area, Crawford said. With larger signage than Roper’s other hospitals, the new facility provides simpler wayfinding for visitors.

While there is a Roper Hospital-Berkeley located in Moncks Corner, DeRoy clarified that it’s primarily an ER. It also is an ambulatory surgery center with comprehensive diagnostics and a medical office building. In order to prevent confusion with the new hospital, he said the Moncks Corner site will undergo a name change in the near future.

In addition to its new Summerville-area site, Roper St. Francis will partner with MUSC to build a 43-bed rehabilitation facility on the same site. Roper will manage the site; but there’s currently no set timeline for when construction on that project will commence.

A medical office building is already open on the property; and hospital officials said they anticipate expanding the site to meet the healthcare needs of a rapidly-swelling population. The area’s booming growth in recent years was the prime reason Roper St. Francis identified the need for its newest facility.

At an estimated cost of $325 million, Medical University of South Carolina is also planning to construct a 128-bed hospital in Summerville’s Nexton community by 2020. Summerville Medical is also undergoing a $100 million expansion that’s included broadening and improving its women’s and children’s services, along with its ER.

Roper St. Francis Berkeley Hospital is scheduled to open on Oct. 4, but before its first patients are treated at the site, last minute punch-list items are still to be completed, along with staff training.

Hiring also is underway. Crawford said there’s still a need for operating room nurses and nurses for women’s and environmental services. To apply, visit the career link at https://www.rsfh.com/careers/ on the Roper website.

And volunteers, excited to donate their free time to a facility closer to home, are already coming out of the woodwork. Crawford said the volunteer interest has been exciting to see and unprecedented; she even still has a letter an interested volunteer sent her two years ago.

While the hospital will open without a trauma designation, administration will be working towards securing one, Crawford said. The facility already includes a built-in trauma bay.

Hospital officials plan to host a free family-friendly celebration on the property this fall. The community event, set for Sept. 22, will be the public’s first official chance to view the completed project.

Attendees can expect live bands and other kid-friendly activities, along with a special performance by a current celebrity singer. The name of the chart-topping artist will be revealed closer to the event, DeRoy said.

Roper is also hosting a contest to determine which local band will serve as an opening act at the event. To learn more about the five finalists, visit the roper website at https://communities.rsfh.com/2019/07/18/battle-of-the-bands-voting/ and vote now through Aug. 2.

“We’re going to be one happy, cohesive, boutique-style facility.”

“We’re going to be one happy, cohesive, boutique-style facility."