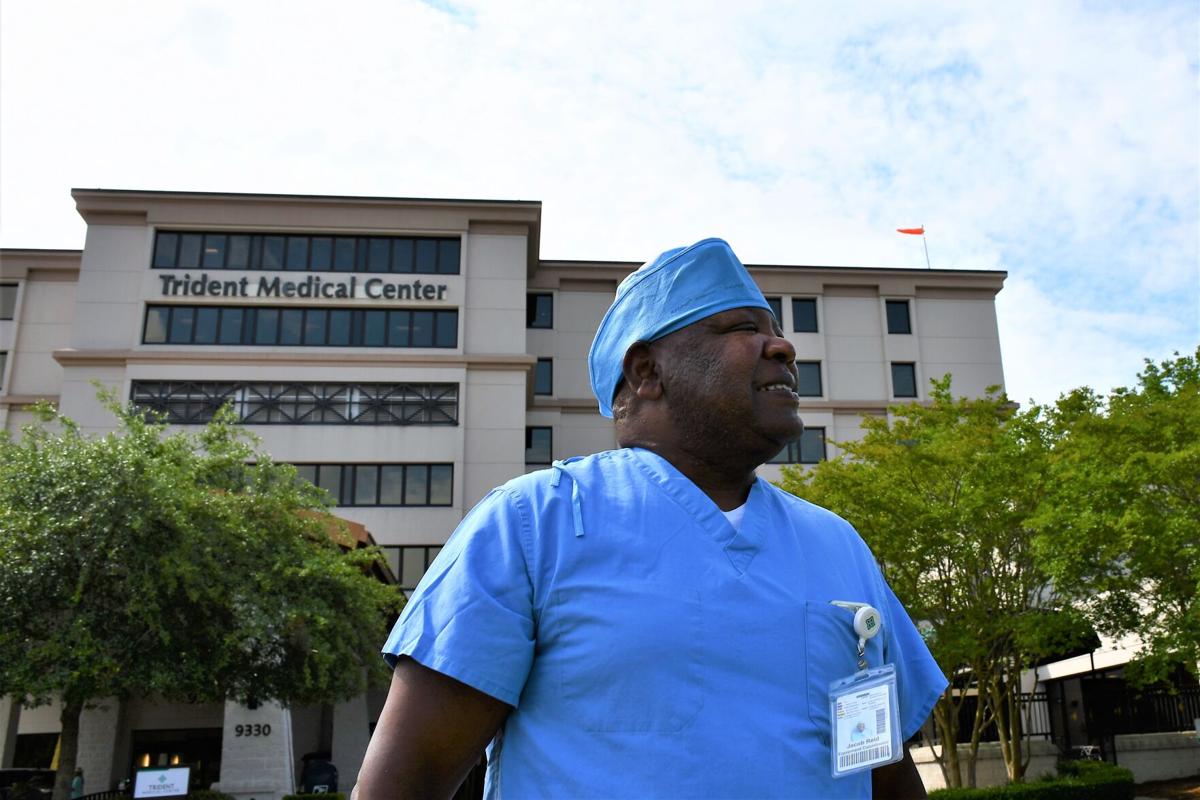 Jacob Reid, in front of Trident Medical Center, said he has no lingering effects from the virus and feels just as he did before the illness. 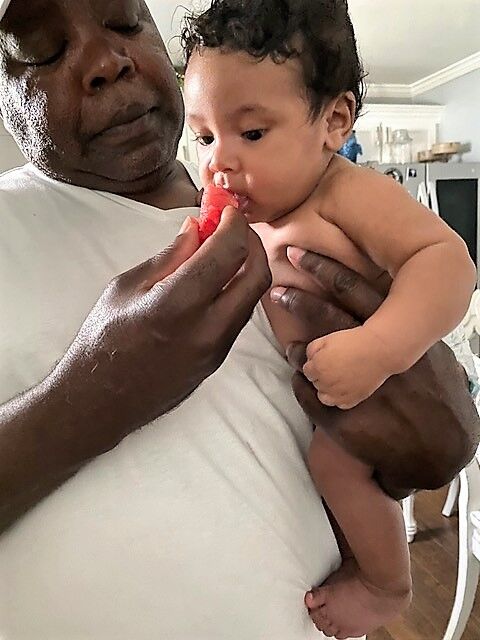 Jacob Reid with his granddaughter, McKinsey Nicole Reid, born on Feb. 2, 2021. His last request before going on a ventilator was to see her born.

Jacob Reid, in front of Trident Medical Center, said he has no lingering effects from the virus and feels just as he did before the illness.

Jacob Reid with his granddaughter, McKinsey Nicole Reid, born on Feb. 2, 2021. His last request before going on a ventilator was to see her born.

In just 72 hours after testing positive for COVID-19, minor aches and pains became a battle to breathe. The otherwise healthy, 53-year-old from Moncks Corner had no underlying health conditions but COVID-19 clung onto him until he was close to dying, inside the same hospital where he spent years working.

For Jacob Reid, it has been a six-month journey to get back into his scrubs. In the beginning the hospital worker found himself afraid and ready to give up, even telling a doctor to keep him alive long enough to see the birth of his grandchild. He was then sedated for days, as his lungs were mechanically filled with precious air, in the hope the virus would loosen its grip before he did.

In his 29 years at Trident Medical Center, Jacob Reid has probably walked into every room on every floor inside the 321-bed facility in North Charleston. As Equipment Coordinator his department moves all the medical apparatus and supplies to rooms throughout the hospital. But in November of last year those devices were being delivered for his care.

“I actually was at work that day and went to the ER, to get checked out,” said Reid. “I think I’m coming down with the flu, and that’s when they informed me I had COVID-19.”

By that time the virus was well-known and its outcome could come in many forms. Given his good health Reid expected a mild case. He thought as it progressed he would feel a little sick, he’d do his quarantine time and that would be the end of it.

“I was thinking I would be out for 14 days and return back to work,” he said. “On my third day at home that’s when it really hit me.”

As it got worse, he still wasn’t ready for a trip to the hospital. He believed he could rough it out at home. But in the back of his mind scenes from work at the hospital kept him on edge. More still, he said a relative of his died from the virus just a month before.

“I’ve seen the COVID patients and seen what could happen, things could change in minutes and I knew that,” he said.

It was his family who convinced him to get to the hospital and EMS was called and none too soon as he quickly got worse. In hindsight, he mentions the decision to get medical care then most likely saved him.

“They checked me in and put me on the second floor of the hospital where the COVID patients are at and I kept getting worse there,” he said. “They moved me to the third floor to the progressive unit and I got worse there. Then eventually I had to be moved to the ICU.”

As Reid fought for every breath, his family watched and got information from the doctor through a video call. It wasn’t long before it was decided, his lungs needed help to breath. Reid was very aware of what that could mean.

“It was scary. I’ve seen what happened to some people that were placed on the ventilator and they didn’t make it back,” he said.

With such sobering possibilities in mind, he went on to think about what he could miss. His daughter-in-law and his youngest son were set to have their first child. Just before being placed on the ventilator he made one last request to the doctor.

Minutes later he was intubated, the tube in his windpipe was connected to a ventilator and he was sedated. As the days passed, he was unconscious. The Thanksgiving holiday had come and gone. But he would come out of his state, hearing the voices of hospital staff.

It wasn’t over, Reid then had to spend another month in the hospital in the ICU. Then he spent another five months at his home recovering, eventually having to have surgery on his windpipe because of the ventilator.

Reid said he has no lingering effects from the virus and feels just as he did before the illness. It was on Monday, May 3, 2021, Reid went back to work at Trident Medical Center — to a very warm welcome.

“The whole hospital welcomed me back they were so happy to see me,” he said. “A lot of hugs from the doctors and all the nurses, a lot of hugs and crying again, but with tears of joy.”

Reid is one of the 1,500, COVID-19 patients treated so far at Trident Medical Center in North Charleston.