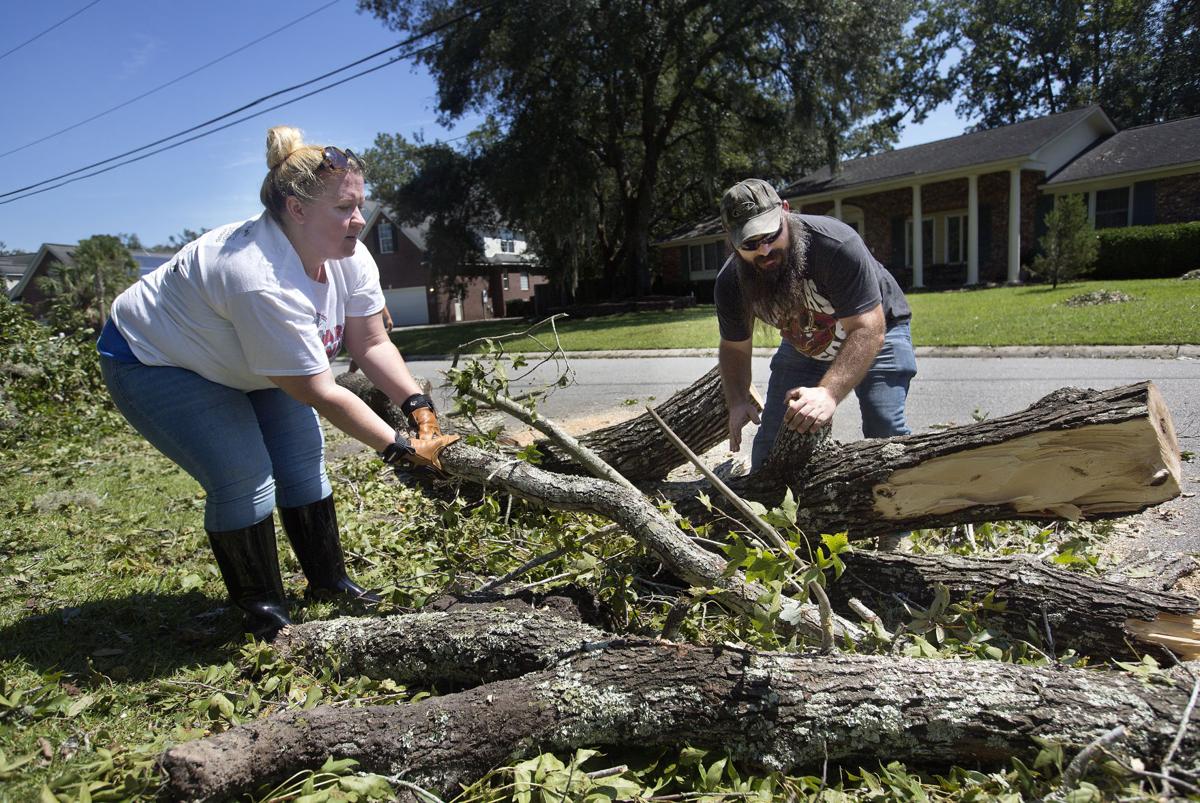 Michele Corbin and husband Mat Corbin help their neighbors clean up after a large tree split in half after Hurricane Dorian in September 2019 in Summerville. 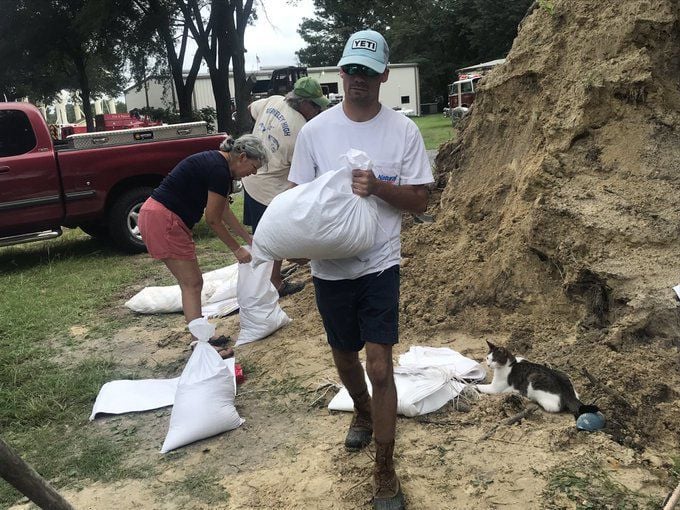 Michele Corbin and husband Mat Corbin help their neighbors clean up after a large tree split in half after Hurricane Dorian in September 2019 in Summerville.

The 2020 huricane season is one for the record books, although Lowcountry residents remained largely unaffected by serious storms generated in the Atlantic this year.

Forecasters at the National Hurricane Center have recorded 30 named storms — more than twice the average year — and urge residents to remain prepared.

National Hurricane Center forecasters have labeled 2020’s season an “extremely active” season, so active in fact, they have exhausted their list of names, which began with Tropical Storm Arthur on May 16 and ended with Wilfred on Sept. 18. Two more storms, which formed within 6 hours of Wilfred were given the names Alpha and Beta.

On Aug. 21, Hurricane Laura became the first major hurricane of the season, making landfall in southwest Louisiana with winds clocked at 150 miles per hour. The Category 4 storm claimed 26 lives in Texas and Louisiana and caused at least $10 billion in damages. The storm has been listed as the worst storm in the region’s history.

Tropical Storm Bertha, which pushed through the Lowcountry in May was the first of two storms to impact South Carolina. The other Hurricane Isaias, spun offshore before the weak Category 1 storm brought flooding and minor damage in Georgetown County and other communities in the Grand Strand.

By comparison, 1989’s Hurricane Hugo, a Category 4 storm when made landfall on Sullivan’s Island, brought with it winds of 138 mph, with gusts recorded at more than 160 mph.

Earlier in the year the administration had forecasted a high likelihood of an above-normal season with a strong possibility of it being extremely active. That forecast proved to be accurate; of the 30 named storms, 12 made landfall on U.S. shores.

Six of 2020’s hurricanes reached major hurricane level, with winds of 111 mph or greater. According to the National Oceanic and Atmospheric Administration (NOAA) 2020 saw the most storms on record, “surpassing the 28 from 2005, and the second-highest number of hurricanes on record.”

This year’s hurricane season saw the most storms on record, surpassing the 28 from 2005, and the second-highest number of hurricanes on record.

“Throughout this relentless hurricane season, NOAA worked around-the-clock to provide critical data and reliable forecasts to our Nation’s communities in the path of devastating storms,” said U.S. Secretary of Commerce Wilbur Ross. “The services provided by NOAA, alongside our emergency management partners, undoubtedly helped save many lives and protect property.”

In August, the National Oceanic and Atmospheric Administration released its midseason forecast, again forecasting an “extremely active” hurricane season that could see 19-25 named storms, up to 11 hurricanes, and up to six major hurricanes.

“All of these seasons were very active in the Atlantic basin, with several (most notably 1995, 2005 and 2017) being extremely active,” said Phil Klotzbach, in a report from the Department of Atmospheric Science at CSU.

Lowcountry residents may remember 2017’s Hurricane Irma, which rose to Category 5 status when it moved through the Caribbean and came ashore in Miami, Florida.

By the time Irma arrived in South Carolina’s Lowcountry on Sept. 11, 2019, it had been downgraded to a Category 1 storm or severe tropical storm. Nonetheless, it generated flash floods on the Ashley, Edisto and Santee rivers as well as French Quarter Creek in Huger and Turkey Creek in Hanahan.

No loss of life was reported, but severe flooding took place to homes in low-lying areas. Some trees were uprooted and power was cut to about 4,500 people between Berkeley and Dorchester counties.

“It takes only one storm near you to make this an active season,” said Michael Bell, associate professor in the CSU Department of Atmospheric Science.